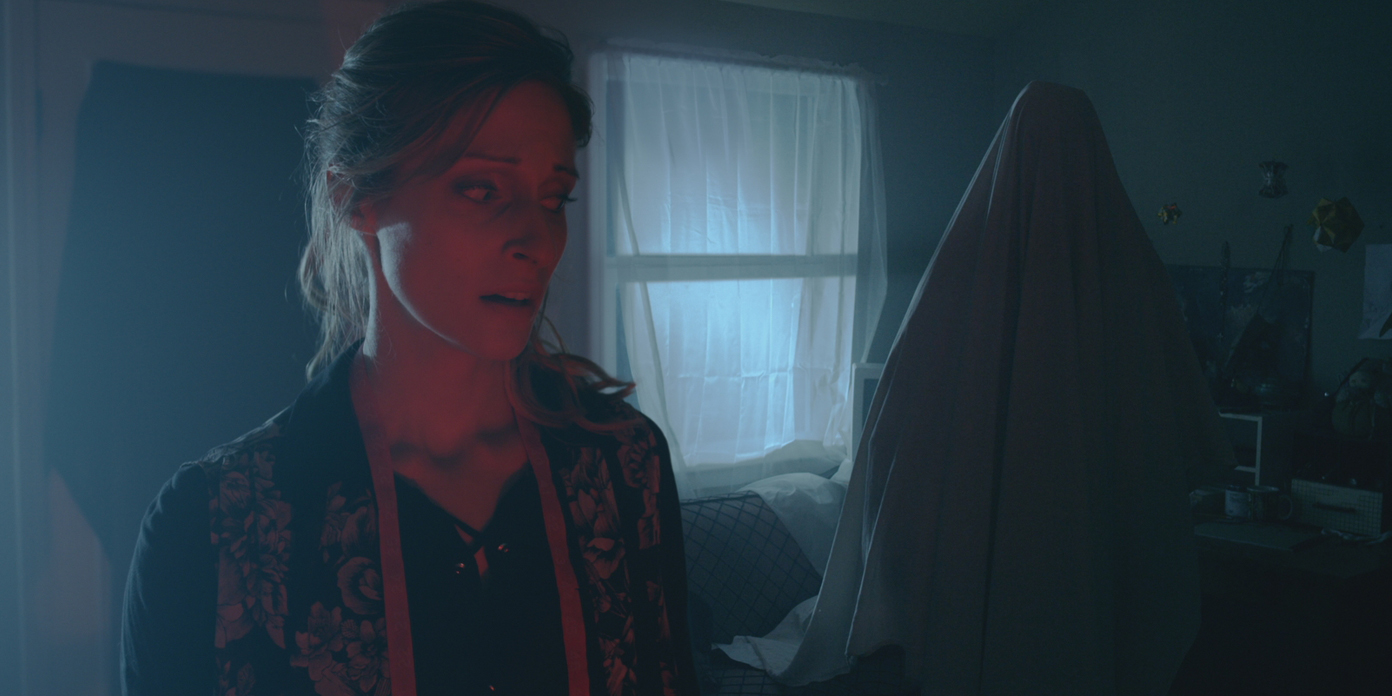 Reputation means a lot when it comes to the millennial age. Online presence means everything, and if something doesn’t go viral it meant nothing. Travis Cluff and Chris Lofing have returned to write and direct the sequel to their joint debut film, The Gallows, appropriately titling it The Gallows: Act II, and Charlie’s hangman ghost is up to the challenge of tackling horror sequel material. Starring Ema Horvat (The Mortuary Collection), Chris Milligan (Neighbours), Brittany Falardeau (Defeated), The Gallows: Act II follows Auna Rue, a young aspiring actress who comes across “The Gallows” play in her search for a meaningful monologue performance. What she finds drags her down a rabbit hole of possible internet hoaxes, a dark viral myth, and an immersive online influence.

I genuinely liked The Gallows and remember being pretty satisfied when I left the theater back in 2015. It had some decent popcorn flick jump scares, made use of its found-footage medium, and even had an interesting third act. Technology and modern social trends have slowly made their way into present horror narratives whether in set details or in a film’s grand allegory. While it’s true that we still tug back and forth over displays of technology missteps in horror, audiences have grown to embrace contemporary advancements and the use of cell phones, social media, and applications alike. One of the biggest shocks when it comes to The Gallows: Act II is that technology and social media play a part in both the life and death of the story it tries to tell.

The Gallows: Act II continues the young adult pursuit of a classic high school ghost story on a more viral level. Combining found footage with narrative shots, this sequel takes the cursed stage play of ‘The Gallows’ a step further into the virtual world that so many teens occupy. It does well to integrate modern YouTube blog platforms as well as the mass “challenges” we find ourselves either recording or watching in reality. The Gallows: Act II is a commendable attempt at incorporating relevant content fitting our current technologically obsessed climate.

So much of the film hinges on making this a “modern” movie that it leaves all sense of the genre, the stage that it is built upon, completely bare.

Auna’s character is an earnest thespian struggling to nail the monologue that will prove her talent to everyone, including her own family. She sets up plot reasoning and cohesion well enough to begin the film and adds a lot of relatable heart to her endeavors in recognition. Horvat’s acting holds a lot of weight and carries each event of The Gallows: Act II into dangerous territory with surprising strength and integrity. Her attempt to solve the mystery of Charlie’s strange legacy while racking up the views is generally interesting and establishes a new way to create content.

Knots In The Noose

In an age of shameless clickbait, obsessive narcissism, tawdry validation, and suspicious facts, The Gallows: Act II takes care to work each of those relevant factors into the narrative—with a very heavy hand. The application of our morbid internet focus is the real challenge that the film fails to overcome, ironically. So much time is focused on the characters’ use of their phones and computers that the film forgets to present horror to viewers. Sadly, it lacks in tone, mood, and even in jump scares. As the film progresses, the scenes become a little jumbled and awkward, dragging the valiant efforts of the first act into a non-fluid wrap that races to the endpoint.

While The Gallows: Act II hangs itself on pacing, it ultimately sways between cringey bits of dialogue and choppy character interactions.

While The Gallows: Act II hangs itself on pacing, it ultimately sways between cringey bits of dialogue and choppy character interactions. Auna’s claims of making an “impact” by being seen doing the “Charlie Challenge” quickly dilute her intentions and reduce her character to a basic pawn in another “stupid game”. I really wasn’t buying it. By the third act we’re rushed into a “willing sacrifice” subplot, an extremely quick lesson in the matter of her internet reputation obsession, and a sudden reveal that should have been more entertaining than what it was: confusing.

It’s easy to pull off a surprise ending when you’ve lost your viewers about 45 minutes into the film. The ending may be genuinely shocking, but you might also have no idea about what’s going on at that point to really feel the gut-punch. Everything had become so convoluted come the third act, I know I even lost track of some of the characters by the end. Since timing and pacing were so displaced, the relationships between the characters were not developed whatsoever and warranted no emotion other than mild irritation.

One of the biggest shocks when it comes to The Gallows: Act II is that technology and social media play a part in both the life and death of the story it tries to tell.

All in all, the presentation of The Gallows: Act II is proficient, but everything else that really matters, like timing and terror (maybe a little sincere meaning?), is lacking and rushed. So much of the film hinges on making this a “modern” movie that it leaves all sense of the genre, the stage that it is built upon, completely bare. One of the characters, I forget who, had it right all along when he said, “Silence the phones, witness the magic…”

The Gallows: Act II is available on digital platforms today courtesy of Lionsgate.

The Gallows: Act II didn’t have the hardest act to follow, but it should have lived up to performance expectations. This sequel transitions to another round of victims well enough, but has trouble finding a valid reason for Charlie’s influential reputation. The narrative is written with intention and even attempts to break through its own third act with a viral-worthy twist, but too many important cinematic details are lost to the digital world in the process. 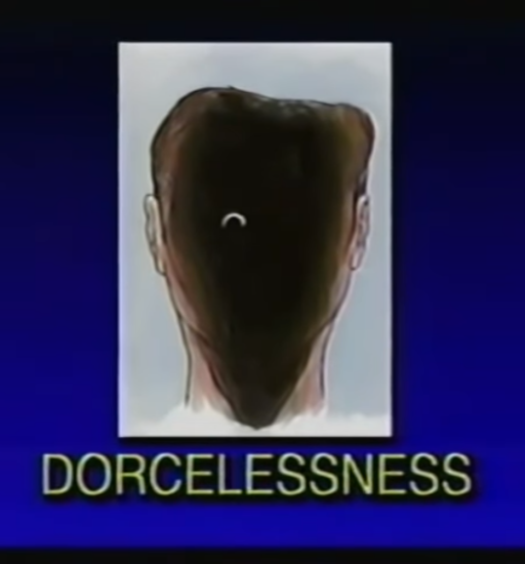 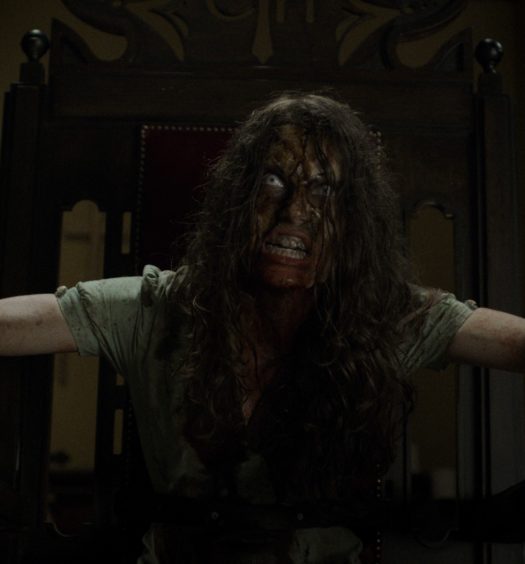