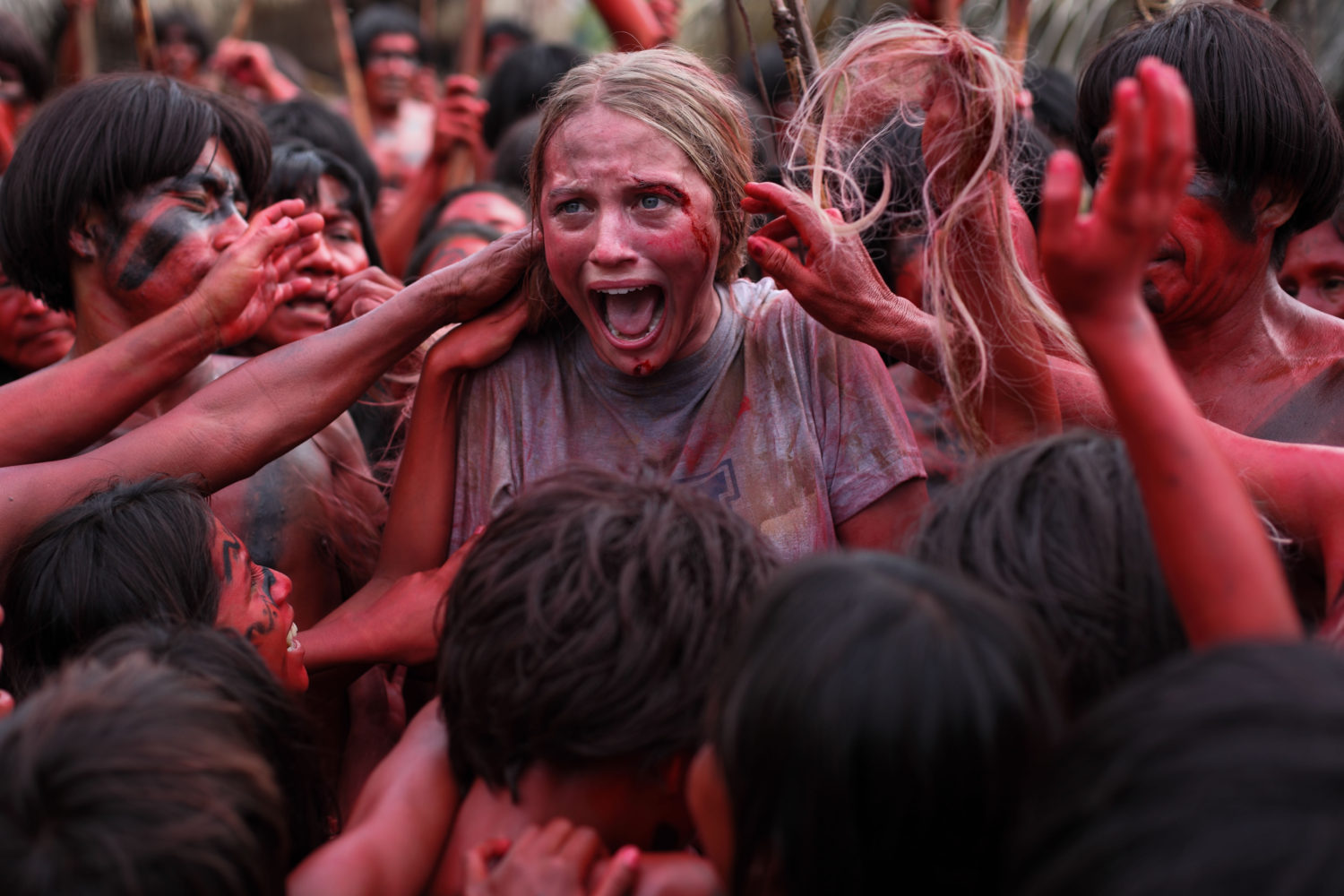 Note: this is not a spoiler-free review. Some problematic shit is going on in this movie, and in order to properly unpack it, I will have to reveal a few things. I’ll leave out the fun twists for your sake, but I do need to paint a sufficiently accurate picture of this film’s beating heart for you to to be able to make up your mind about this film as a reader of its criticism. I saved the big spoilers for the last paragraph. You have been warned.

The Green Inferno is about as close as Eli Roth can come to making a political statement, but its message is fortunately garbled. If the point Roth is trying to make was ever spelled out, it would probably be horrifically racist and imperialist, but, fortunately, the film never manages to be clear in what it’s saying. Roth intends for this movie to be a skewering of the “social justice” crowd, but only really manages to (literally) skewer dumb rich kids, which is as low-hanging of fruit as you can pick. But, all baggage aside, The Green Inferno is actually a really good horror flick. There’s suspense, gore, and characters you don’t like (and, well, a couple you do) getting killed in gruesome ways. You get what you pay for, but you also get a whole bunch of stuff that feels like Eli Roth has you cornered at a party and will not get off a Fox News-style rant.

So here’s the gist of The Green Inferno: college freshman Justine is interested in activism, as young college students are. She wants to join a protest group on campus, both to make a difference and to get closer to the group’s cute, creepy and charismatic leader, Alejandro. Of course, Justine is met with hostility when she tries to join the group (because people who are into activism are rude elitists?) but eventually wins the social justice crew over. It’s just in time that she does, because Alejandro has a plan to save an indigenous tribe in the Amazon whose homeland is about to be bulldozed by a natural gas company. The group will go to Peru, trek into the jungle, chain themselves to the gas company’s equipment, and live-stream their crimes against nature and the tribe to the world via their cell phones. Not a damn thing can go wrong with this plan! More goes right than you would think at first, and then shit goes to hell in a still completely predictable way. The kids end up stranded in the jungle, held captive by bloodthirsty cannibals.

The film sets up its strange criticism of social justice activism throughout the introduction. The film’s activists are shown alternately as disruptive, rude, distant, and untrustworthy. The film uses a lecture scene to paint indigenous tribes around the globe as packs of female-genital-mutilating…well, the film never uses terms like “savages,” but the word is left hanging in the air in the lecture scene. This scene is where you start to get uncomfortable with the film’s grander narrative intentions, but luckily, it’s easy enough to brush them off and continue enjoying the flick, until the end, anyways. More on that later.

I would be remiss if I didn’t ram home this point: despite all the bullshit The Green Inferno spews at you, the cannibal horror movie at its core is very well-made. More importantly, it’s made with personality. There’s some great suspense, and Roth does a great job of capturing the horror of, well, being captured. He manages to strike a careful balance where you dislike the movie’s misguided youths enough to not mind the kills but also sympathetic enough that you can step into their shoes when the movie ratchets up the tension. There’s a notable dismemberment scene with some fucking awesome FX work, and all the actors are very capable. Lorenza Izzo’s Justine is a charismatic lead who handles both jokes and portraying terror smoothly, and Ariel Levy’s Alejandro is a classic horror movie asshole-who-gets-his-comeuppance. Watching the characters come to terms with their options while they’re in the cannibals’ clutches is gruesome fun. The film has a great sense of humor, and never misses a chance to put some out-of-touch college kids in a place to say some really dumb shit: “That’s gonna be my next tattoo!” You’ll cringe when you hear it. There are also a bunch of weed jokes, including one that’s actually a big plot development, which is hilarious and not what you were thinking you’d see in The Green Inferno. (Wow, the title is a lot funnier in that light.) One more plus: Eli Roth gets a flaccid penis into this movie**. Maybe that’s why it took him two years to find distribution for it.

Regardless of everything going for it, there is something deeply toxic about The Green Inferno. The film’s overall narrative is deeply unsatisfying: A group of kids who ostensibly want to help people are punished for their good intentions by the people they thought they were helping (who of course are cannibal savages! Those silly, misguided kids, caring about people!) and then rescued by the corporation that’s also doing something objectively evil. In an inexplicable scene in the film’s closing minutes, Justine denies in her official account that she went through any hardship on her journey, claiming that the tribespeople were peaceful and helped her. Here, the film is trying to do some really damaging things. First, it portrays those who are interested in social activism as contrarians who deny the world to “help people” in some inexplicable way, and second, the even worse part, is that it attempts to rile up the viewer against indigenous people. I could hear Eli Roth screaming in the background “See?! These people will defend even CANNIBALS! Don’t you wish the good guys in the oil companies would just go wipe them out?! Drop the bomb, kill them all!” The scene is awful for a whole number of reasons, but one of its chief offenses is that it’s wholly dramatically unearned. Justine doesn’t really have much of an arc in the film, which does a disservice to Izzo as an actor, and what arc she does have certainly doesn’t revolve around her commitment to the Amazonian tribe. The obtuse “social justice warrior” ending feels totally unearned and feels more like an excuse for people to say “those goddamn liberals!”

In the end, The Green Inferno is a tasty horror flick that will leave you sick if you start to chew on it too long. Gulp it down with a few of your friends and move on. 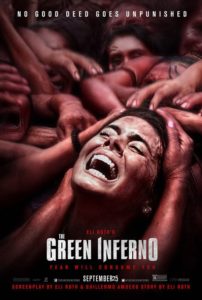 Despite all the bullshit The Green Inferno spews at you, the cannibal horror movie at its core is very well-made. More importantly, it’s made with personality. 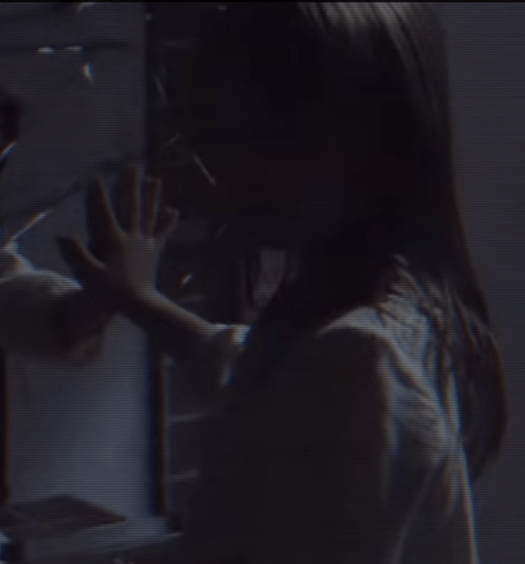 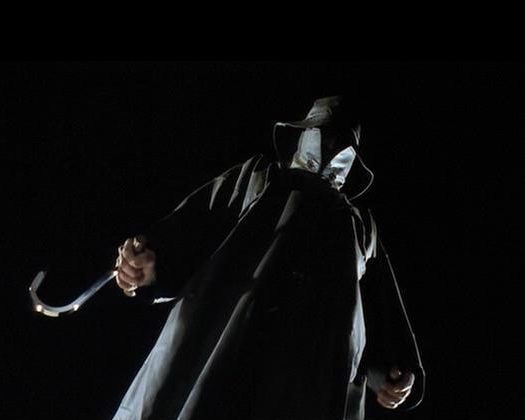 Read More
Final Girls Ep 90: I (Still) Know What You Did Last Summer
Submit a Comment