Welcome to the world of The Human Centipede 3. Where things like story, character development, and common logic take a back seat for the sake of good old fashioned shock value. Let’s be honest though, that’s what you all came for. So how does the final sequence stack up to the original films? I suppose that depends…

I find the first two entries to be absolutely laborous. Sure, the idea is absurd, but that’s the best part. The most surprising part of the franchise (in my opinion) has always been how writer/director Tom Six is able to turn something so disgusting and edgy into something so tedious and boring. Leads are important, and somehow Six missed the mark not only once, but twice… then brought them BOTH back for The Human Centipede 3. So let’s talk about that.

Dieter Laser and Laurence R. Harvey return as a prison Warden and accountant struggling with jailhouse statistics. Of course, it doesn’t help that the Warden is a sadistic madman that gets his kicks from tormenting his prisoners. After all of his plans of inmate rehabilitation fail, the accountant comes up with the ultimate crime deterrent; The Prison Centipede. As ridiculous as that all sounds, it’s probably the funnest storyline that the franchise has seen. It’s 100% self aware, but horrendously executed. The dialogue is simply painful, and while that is unfortunate in its own right, it’s amplified by Laser’s inability to say a single word in under a minute. Seriously, if hearing endless variations of the word “fuck” being screamed in broken english for an hour and a half is your thing – then you’re in for a treat. Otherwise, you’ll probably find yourself searching for the nearest sharp object to puncture your ear drums with, It’s that bad.

But let’s forget about trying to look at HC3 as a real film. How does it perform in the shock department? As much as I disliked the 2nd film, the final scene was absolutely stomach churning. That’s what we have come to expect, but the Final Sequence is a massive let down in that regard as well. Don’t get me wrong, there is some twisted shit at play here; but far too many kills are reliant on gunshot wounds. It just comes off as lazy and half hearted. So now you’re left with a film that isn’t well acted or written and underperforms in the shock/gore department. What are you left with?

Well, it turns out that Tom Six’s directorial skills have come a long way. Surprisingly enough, The Human Centipede 3 is a well shot film. While the shots are simplistic, they are anchored well, and the entire production feels as warm and hot as the film’s desert locale. It has a certain grit to it that suits the film perfectly. I’d like to see Six step away from the franchise (and from writing in general) to direct a project from someone else. I still feel as if he has something to offer the genre.

Beyond that though, you won’t hear many more words of positivity coming from this reviewer. I know film trailers are a hot topic in today’s cinematic landscape, but HC3 had a great one. It made the film seem like a zany and over the top experience ripe with disgusting acts and violence. Instead we got an atrociously paced snoozer with a few “oh shit” moments. Let’s hope this truly is The Final Sequence. 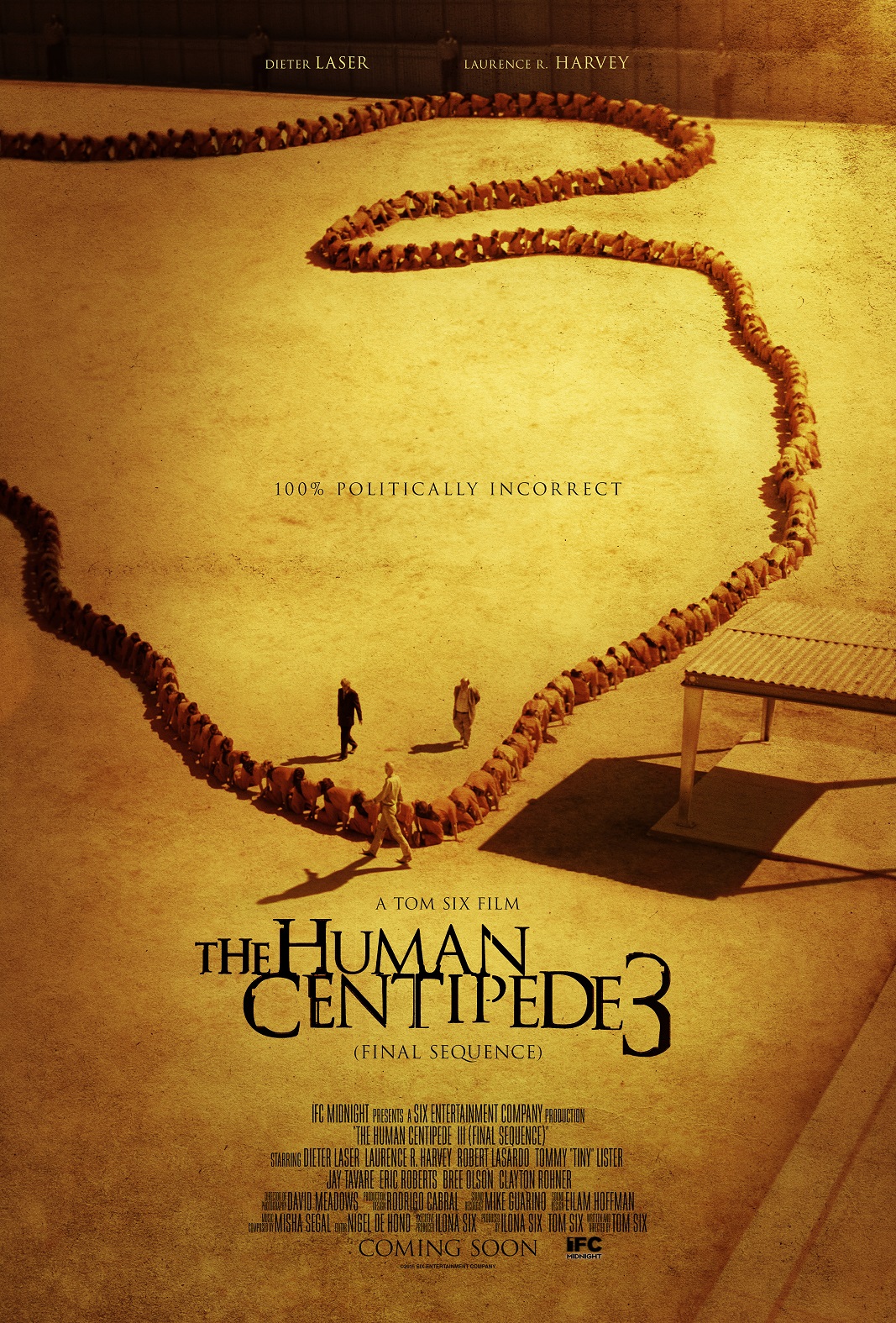 Against all odds,The Human Centipede franchise has cemented its place in cinematic history. But if there was ever an indication that it’s time to let it die, it’s The Human Centipede 3. Heavy on the snooze and light on the “Ew”s – HC3 is sure to disappoint even franchise die-hards. 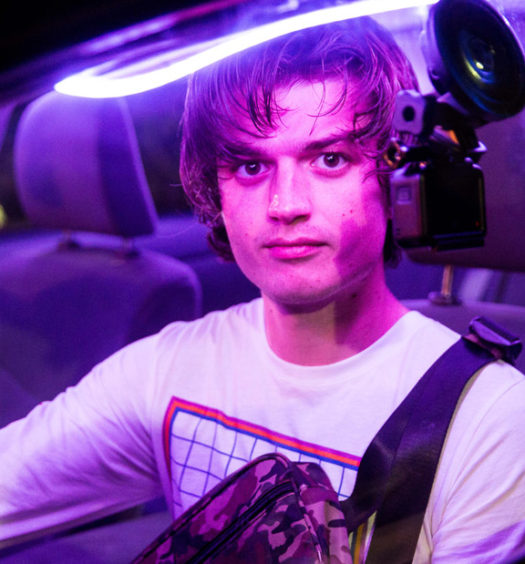 ‘Spree’ is a dangerous joyride that connects social media with ...