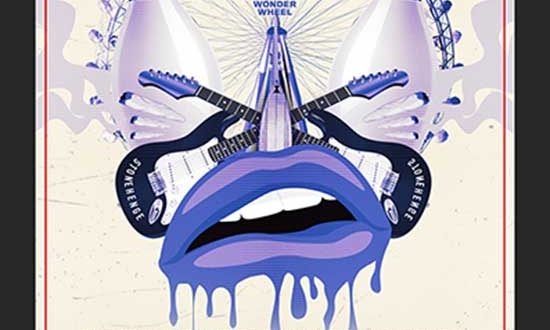 Cult films are an interesting phenomenon. Most movies that come out and don’t have a successful theatrical run just fade into obscurity. Some films, however, find their lives long after the theaters have come and gone. Why do some flicks thrive while the rest flounder? What gives these movies the legs to become cultural landmarks? That’s what Time Warp hopes to explore.

Directed by Danny Wolf and released through Quiver Distribution, Time Warp is a documentary series detailing the history of cult films through the most essential movies that carry the title. Using archival footage and interviews from the stars and filmmakers, each of the three episodes is dedicated to cult films of different genres, with hosts Joe Dante, Illeana Douglas, Kevin Pollack, and John Waters courting you from one to the next and injecting personal anecdotes. If just listening to John Waters talk about anything doesn’t have you sold, I don’t know what to tell you. 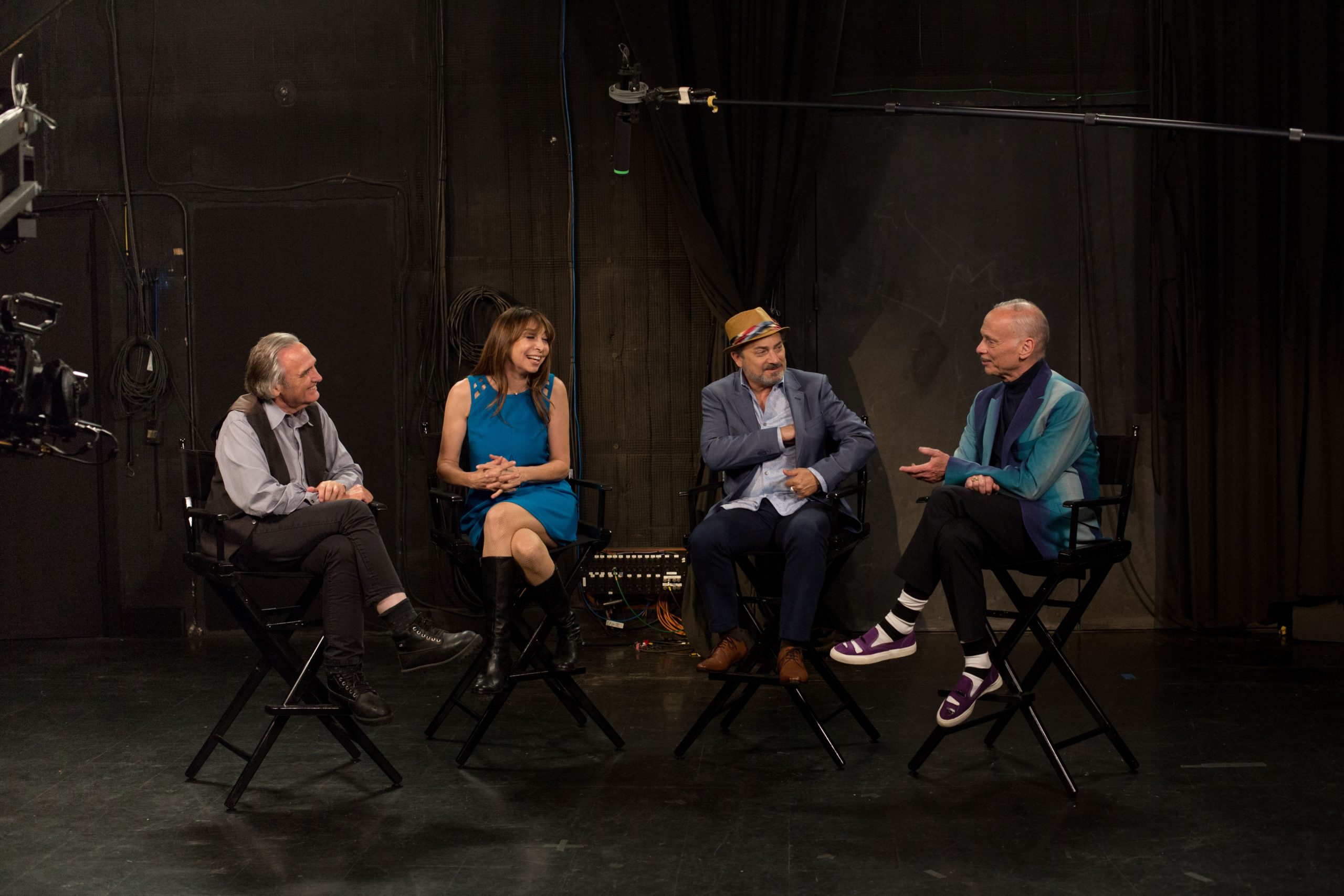 Being that I’m not a fan of Rocky Horror, I was concerned that a significant portion of the runtime would be dedicated to the movie from which it took its name. While episode one does start off with everybody’s favorite over-stylized rape-fueled cult classic, we pretty quickly move on through a litany of other flicks. The first episode is the least targeted of the three, from a genre perspective. While volumes 2 & 3 are dedicated to two genres each, part one covers classic films that have cemented themselves in the cultural zeitgeist from practically every genre. We get Pam Grier leading us through her Blaxploitation beginnings in Coffy and Foxy Brown, The Dude himself, Jeff Bridges, detailing his experience making The Big Lebowski, and film experts discussing the lasting impact of exploitation flicks like Freaks and Reefer Madness on the art of filmmaking. The first installment of Time Warp is absolutely chock-full of interesting tidbits and fascinating insights on how niche underdog films can take over the world from the people who know best. There’s even a segment on Penelope Spheeris’s classic punk rock documentary The Decline Of Western Civilization, which means Jeff Bridges, Tim Curry, Darby Crash, and John Doe all share film credits. What a world we live in.

While the whole series stands on its own merits, this is where my (and seeing as how you’re reading a horror site, I can assume your) interest really lies. This episode, like volume 3, covers two genres and it features 13 films between them, which means if you’re a seasoned horror veteran, there probably won’t be a wealth of breaking new information for you to take in. But this doesn’t make any of the segments any less entertaining or fruitful. Bruce Campbell remembers his time on the set of the first Evil Dead, while Ken Foree and Tom Savini discuss their experiences working on Dawn Of The Dead for the Godfather of the Dead, George Romero. Archival interviews of Romero, along with his equally legendary contemporary Tobe Hooper, bring us insights from some of our genre’s greatest fallen heroes. The Devil’s Rejects, The Human Centipede, and Re-Animator also get their due. As if it was made just for this purpose, sci-fi/horror/comedy Death Race 2000 pivots us from the macabre to the futuristic. Just about everyone involved, including Malcolm McDowell and Sean Young, come together to pour their praises on genre tent poles A Clockwork Orange and Blade Runner, and Jeff Goldblum stops by to revise a couple lines from Buckaroo Banzai. Personally, while Blade Runner is easily in my top five movies of all time, the real highlight of this segment focuses on two deeper cuts. Liquid Sky may not have the narrative heft of Blade Runner, and The Brother From Another Planet isn’t nearly as revered as A Clockwork Orange, and neither of them had a comparable budget, they’re genre beauties in their own right. Rich social commentary and oozing creativity make up for lack in budget and special effects. There’s no multi-million dollar, three-and-a-half-hour documentaries on their making, so listening to Joe Morton talking about playing The Brother was a real treat. And what a gentleman the man is. 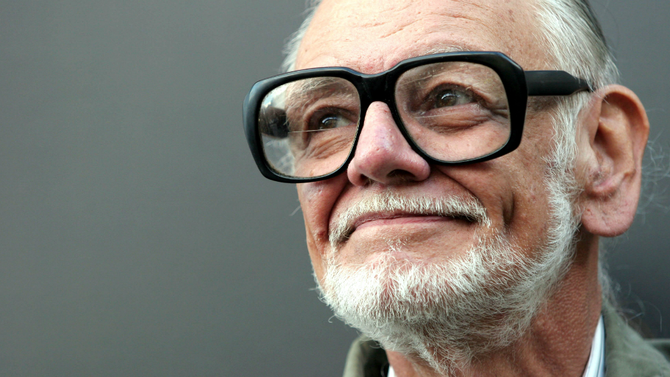 “the Godfather of the Dead, George Romero”

Volume 3 is the longest installment, covering a daunting seventeen films over the course of two-plus hours. If I were to try and include each one, this would turn into a wall of text that would have my website logins permanently suspended. The size of it makes sense when you look over the list though. When I think of cult film, comedies usually aren’t the first thing that come to mind, but at the end of the segment, I genuinely could not think of a single movie I’d have omitted. Whether it’s 80s counterculture classics like Fast Times at Ridgemont High, Rock ‘n’ Roll High School, and Valley Girl, 90s indie romps Clerks, Office Space, and Kingpin, the zany 00s outings of Super Troopers, Best in Show, and Napoleon Dynamite, or the king of all cult comedies itself, Monty Python and the Holy Grail, each film has earned its place. A couple highlights include John Cleese bad-mouthing his own movie and learning with abject horror how little the writers and filmmakers behind Rock ‘n’ Roll High School know about The Ramones. Look, I know it was forty years ago, but you’d think writing a movie about the band and then spending 3 million dollars on it would cement some of that knowledge a little deeper. The camp segment of the episode is a bit more compact. Touching on the usual suspects Beyond The Valley Of The Dolls, Showgirls, Plan 9 From Outer Space, and Female Trouble before winding through a couple of deeper cuts like Hedwig and the Angry Inch and Eating Raoul, before wrapping up with the ultimate modern true camp disasterpiece, The Room. 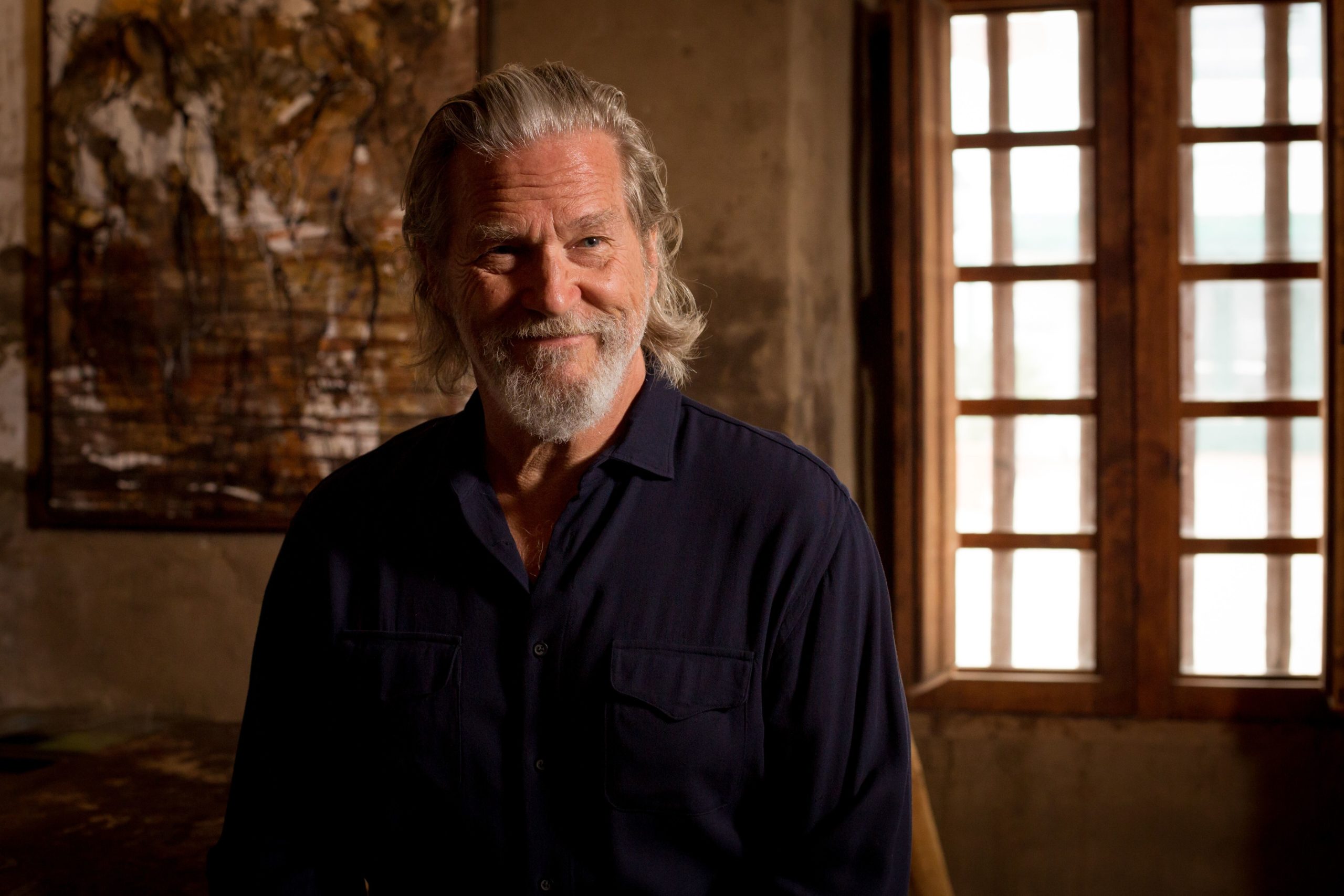 “The Dude himself, Jeff Bridges, detailing his experience making The Big Lebowski“

I have few complaints with Time Warp as a whole. Chief among them is that by including so many films, you limit the time you can focus to each one, so if you’re a fan of a particular movie you’re unlikely to get any real juicy new information. But the series isn’t about the individual titles. It aims to tell the story of cult films through the movies that have earned the title, and in that it is successful. Aside from that and a few omitted titles (seriously, you have a horror/sci-fi segment and don’t include Event Horizon? Pff) there really isn’t much to complain about. It’s a well produced, well directed, fun romp through the annals of underdog film, and it’s brimming with stars and talent. If you’re interested in film or counter-culture, it’s a must see.

Volume 1 was released April 21st on streaming and VOD, with Volume 2 to follow May 19th and Volume 3 June 23rd. 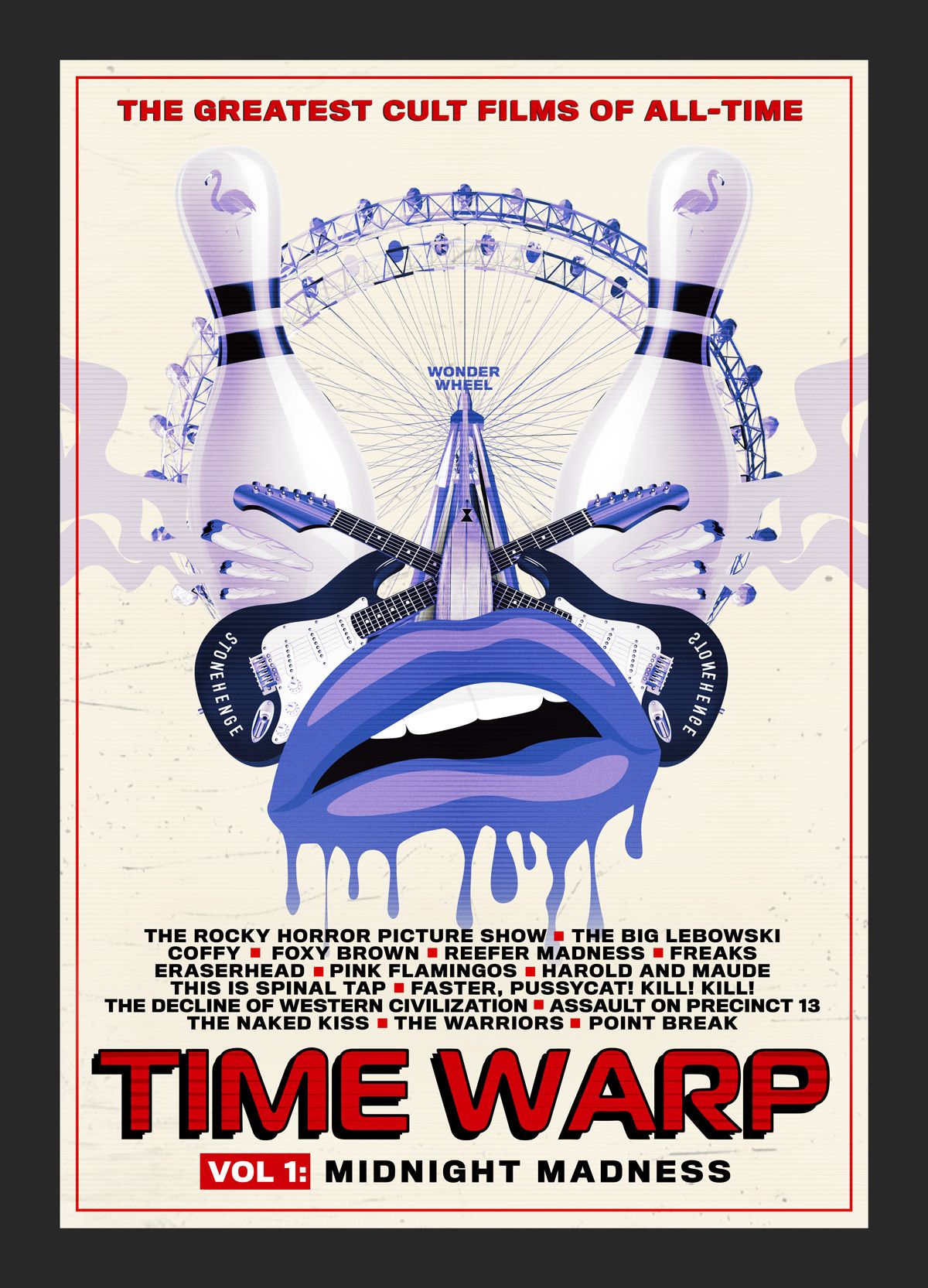 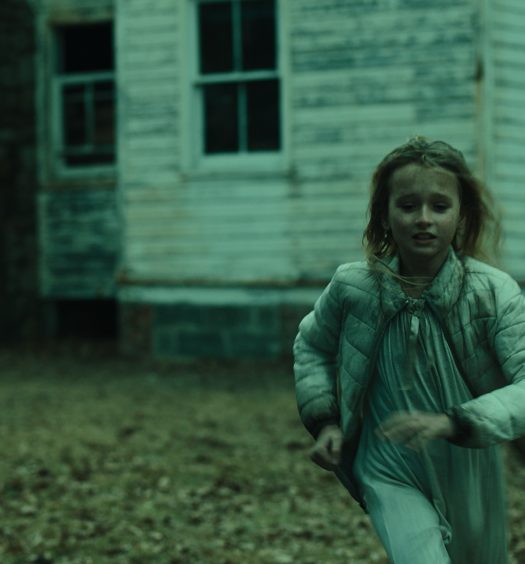 ‘The Girl Who Got Away’ tackles trauma without shying away from brutality... 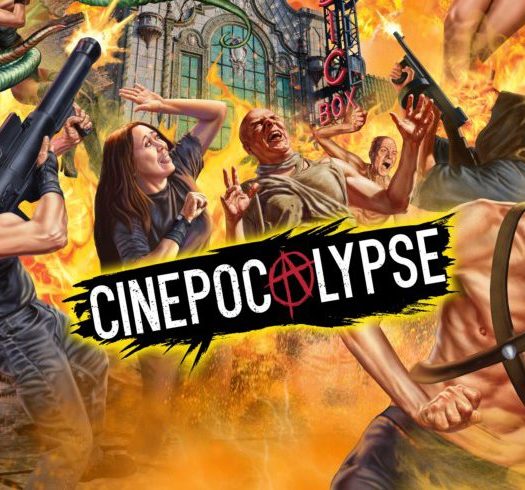