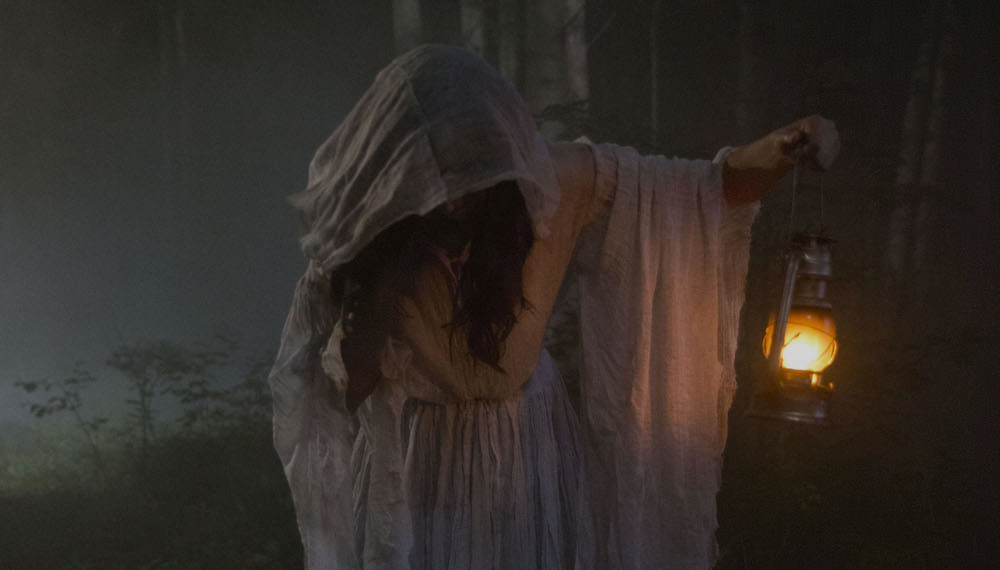 Early in Matthew Currie Holmes’s new film The Curse of Buckout Road, a college professor discusses the creation and destruction of modern myths. Members of this class are assigned a project on the topic. Several classmates select Buckout Road as the subject of their project. Buckout Road, a real location in New York, has gathered quite the collection of urban legends over the years. Cannibalistic albino twins, ghostly murdered mothers, witches burned at the stake… these are just a few of the damned denizens said to populate Buckout Road.

Aaron Powell (Evan Ross) is a soldier returning home. Since the death of his parents years earlier, Aaron has lived with his grandfather, Lawrence Powell (Danny Glover). Lawrence was once a minister, but the death of his daughter sparked a crisis of faith. He is now a psychiatrist, working out of his home. Aaron soon meets one of his grandfather’s patients, Cleo (Dominique Provost-Chalkley). Cleo is seeking counseling after the unexpected death of one of her professors, glimpsed in the film’s opening.

dreams begin to unveil the secrets of the past

Cleo and Aaron are soon drawn into a mystery, centered around Buckout Road and involving a recurring cycle of suicides. Cleo’s father Roy (Ready or Not’s Henry Czerny) is a police detective. Roy is none too pleased to see Aaron’s connection to his daughter. He tries to keep the two apart, going so far as to threaten Aaron with arrest. As the otherworldly effects of Buckout Road gain a stronger grip on the film’s protagonists, their dreams begin to unveil the secrets of the past.

These dreams are sometimes shared by characters, and give a glimpse into the events that were the basis for the many legends surrounding Buckout Road. These visions take on a different look than the rest of the film. For example, the sequences involving the albino cannibals are made to look like a beat-up slasher film from the 1970s.

As the body count rises, Aaron and Cleo discover that they have some control over these dreams. But with forces both mundane and otherworldly closing in, they may not be able to uncover the cause of these events in time to save themselves.

The Curse of Buckout Road has a lot going for it. The film is shot and acted well. The cast is packed with well-known actors, all turning in solid performances. The music is excellent, both the score by Ryan Shore and the needle drops used throughout (including songs by Silversun Pickups, Refused, and Stars). The effects, including startling moments of gore during some of the suicide scenes, are well done. Above all, the underlying backbone of lore around Buckout Road serves as an immediate hook for the film, and is likely to lead to many viewers falling down a rabbit hole of internet research.

a fun and gory throwback to the video store era

There are a couple of elements that I didn’t find completely successful, though these didn’t detract too much from my overall enjoyment of the film. Momentary instances of CGI fire effects are noticeably unrealistic. These are brief and undoubtedly a limitation of the film’s budget. I felt that the “aged film” effects applied to the scenes meant to be in the 1970s went a bit overboard. After seeing similar effects used so frequently in the post-Grindhouse era, it’s a personal pet peeve. Some viewers may wish for a more conclusive or definite ending to the film. But when a movie leaves you wanting to see more of its character’s story, that can also be interpreted as a good thing. When the credits start to roll to the opening notes of Refused’s “New Noise,” it’s tough to feel anything other than pumped.

Overall, The Curse of Buckout Road is a fun and gory throwback to the video store era. It gleefully mixes genres and approaches, and succeeds in most of what it attempts. The cast is great, and populated with faces that will be familiar to genre fans. The underlying real-world mythology the film is based on is endlessly intriguing, and adds a little something extra. The Curse of Buckout Road is worthy of consideration as you’re building your October watch list. 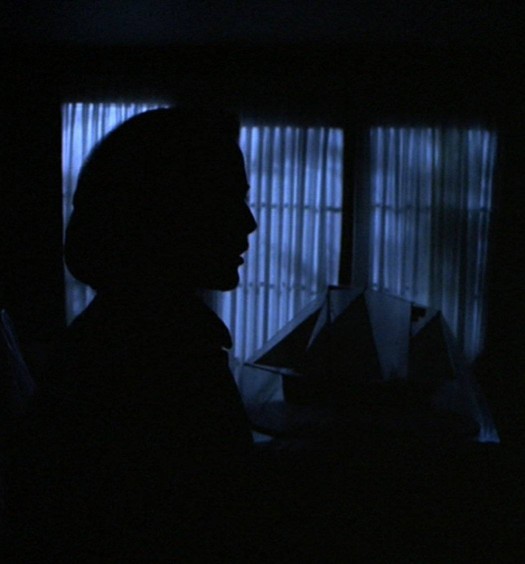 The Truth is Out There: New X-Files Images Are Here

Read More
The Truth is Out There: New X-Files Images Are Here 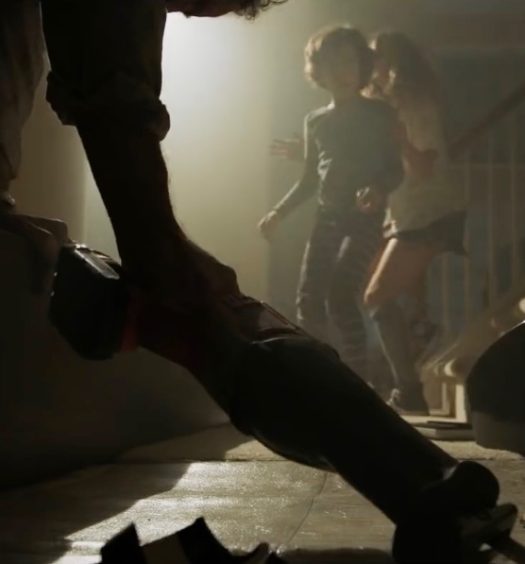 ‘Mom And Dad’ Trailer Gives Us A Hysterical Nicolas Cage Trying To Kill His...