Welcome to Willits Adds Teresa Palmer to the Cast

We’ve been talking about Welcome to Willits lately.  The short film debuted at SXSW recently to a great audience response and the full length film is rolling forward.  The first step has been made recently with the casting of actress Teresa Palmer.  Palmer is no stranger to our genre with roles in Wolf Creek, The Grudge 2, and Warm Bodies.  A beautiful actress, her casting will surely elevate the status of the entire project.  If you aren’t familiar with the film, read the synopsis below from the production’s official webpage.

Synopsis
Deep in the Northern California woods, in the heart of the notorious Emerald Triangle, lies a remote cabin. The residents struggle to fight off the repeated attacks and abductions by mysterious creatures that have plagued them for years. When a local pot farmer is caught up with a wayward group of campers the situation quickly escalates into total carnage.

Brock, a man in his early 30s, has taken refuge in his family’s old cabin in the hills of Mendocino County, outside the town of Willits. By his side is his wife Peggy, and his niece Courtenay. His mission is to keep them safe from the invaders who come more and more frequently, who abduct him in the dead of night to perform experiments and surgeries on him.It wasn’t always like this.

Once an academic star, Brock fell in love with science and math at an early age. He founded his high school’s botany club, and collected butterflies and other insects from the meadows around his rural home.

In his late teens, his skill at botany led him to join the emerging medical marijuana industry, and he donated his time and skill to helping those in the San Francisco Bay area cultivate potent strains to bring relief to those with HIV, AIDS, and Cancer. He taught classes on cultivation and shared his knowledge with all walks of life. The combination of his depth of knowledge and approachable, red-neck demeanor made him a popular figure in the medical dispensaries across the state.

Then everything changed. Caught in a Federal crackdown on medical marijuana, Brock had no choice but to plea guilty and serve a six-year sentence. While in prison, his attitude shifted. Feeling abandoned by the community that supported him, he turned himself inward, and vowed to help himself and his family first. Fellow inmates described how to build a clandestine laboratory, and Brock learned the secrets of organic chemistry’s power over the mind.

His time served, Brock made good on his promise to himself. He gathered supplies and retreated to the woods. Maintaining only the connections to society necessary to support himself with his new craft, he disappears into the hills for weeks at a time, remaining hidden from everyone… except THEM…

As you can see, the film has quite a mythology plotted out.  If you watch the short film here, you will see the film has able artists behind the camera both in the cinematography and the special effects departments.  Keep it locked here for more information on the project as it develops. 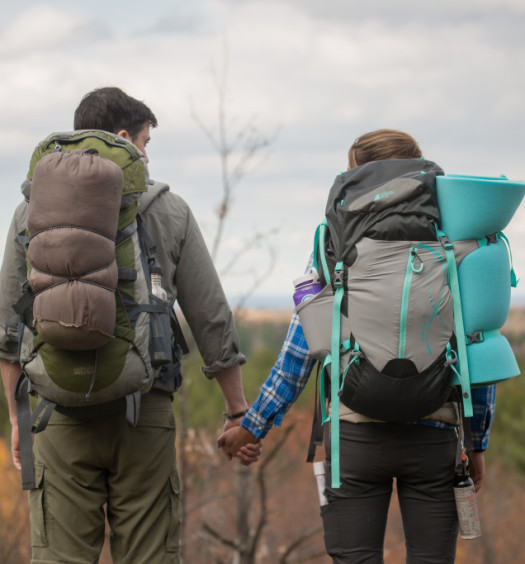