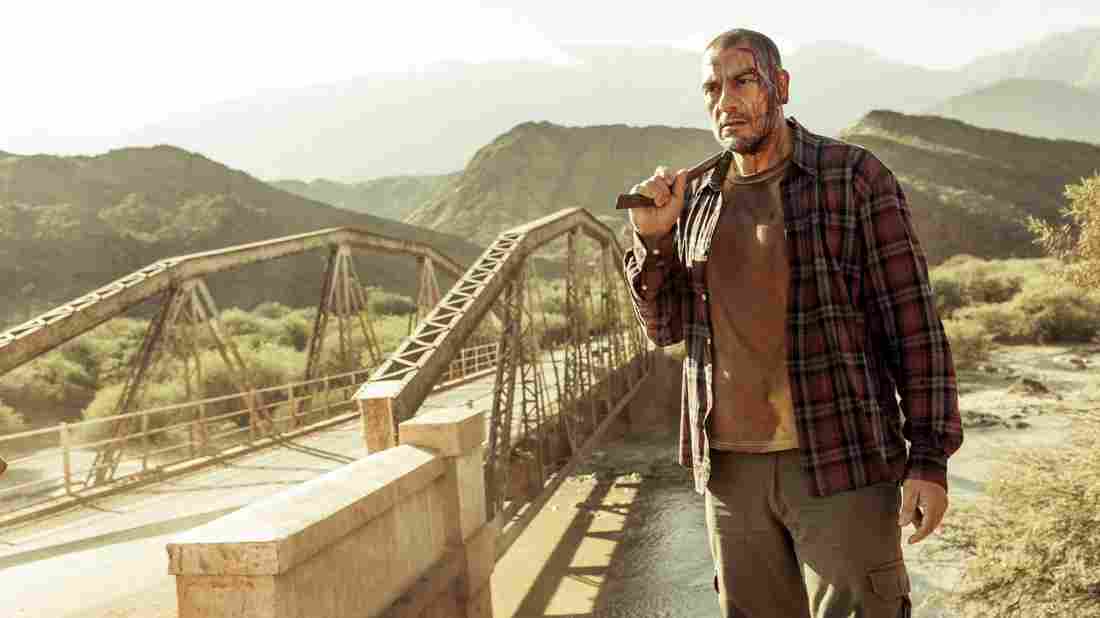 When we went to see It Follows, we saw a trailer for something called Wild Tales.  The poster says they’re six stories of “Apocalyptic Revenge”.  It looked great, so we decided our next trip would be to see it and boy am I glad we did!

The first tale is the shortest and tells of a group of people on a plane. A beautiful model talks to a classical music critic and by coincidence it appears that one of his reviews (a very bad one) was for her ex-boyfriend. An older lady sitting in front of the critic overhears the conversation and she also knows the musician. I shall say no more so as not to spoil it,  but suffice it to say the current news events with the plane crash in the Alps made certain scenes very relevant and even more realistic. The final shot of the tale is a freeze frame and an absolute brilliant one!

The second tale is set in a remote motorway style restaurant.  One night a guy enters and the waitress recognises him as a Mafia boss who auctioned off her house.  This led to her father killing himself and a few months later the boss even tried to seduce her mother. Distraught at seeing him, she takes his order and tells the chef lady (who is a very scary “don’t mess with her” type of person). The head chef suggests to the waitress that they use rat poison to kill him. This one ends with some great twists and a lot of blood!

The third tale was definitely my favourite.  A young executive type in a new black Audi and sunglasses races along a mountain path.  If you watch carefully, this one links to the end of the second tale.  The man comes zooming up behind an old wreck of a car and tries to go around it but the junker swerves to stop him doing so.  He eventually gets level with the car to see a builder type smiling back at him. The executive calls him a redneck, hits the accelerator, and then gives the finger. Next we see the Audi guy get a flat tyre. He pulls over and has no clue how to change the  wheel so he calls a recovery guy to come and help.  In the background you see the redneck approaching in his wreck. The Audi guy is obviously all mouth and craps himself as the redneck pulls over and proceeds to start smashing his windscreen with a tyre iron. What follows is hilarious, gross, and violent in equal measures. The conclusion to this wild tale is a classic!

Story number four is a tale of hit and run. A rich kid wakes up his parents to tell them he has been involved in a hit and run involving a pregnant lady.  They turn on the news to see that the incident is all over every news channel and that the lady and her child have died on the way to the hospital.  The police are frantically trying to identify the owner of the car.  The rich parents call over a lawyer and try to figure out how to get their son off the hook.  A plot is hatched that the gardener should take the blame for being drunk and in the car.  They offer him $500,00 to take the wrap and the lawyer offers to defend him.  The lawyer is one of the best around and the gardener will get the money and only spend a few months in prison.  It seems all sorted, but it’s not!  I will say no more but as you can probably imagine, it’s nowhere near as clear cut as it sounds.

Tale number 5 is about dynamite.  After successfully demolishing a building, an explosives engineer heads on his way to see his daughter on her birthday.  He stops to pick up a cake and as he leaves, he mentions to the lady how expensive it is.  His car has been towed away, so he gets a cab to take him to the place that has towed it away.  In no uncertain terms he is told to pay up or he will be charged parking fees.  He remarks to the clerk that there were no pavement markings and that what they are doing is criminal.  This falls on deaf ears and pisses him off, it’s very similar in tone to Falling Down.  One thing after another winds him up and eventually he snaps and tries to smash a fire extinguisher through one of the clerk’s windows.  The result is that he loses his job and possible access to his daughter.  It’s a well told tale that you can relate to on a level of getting pissed off daily by things that are unnecessary and totally out of your control.

Onto tale number six; the final one focusing on a wedding reception.  All is happy at the beginning with a huge disco rave.  The bride and groom are dancing and drinking wildly.  The groom proceeds to walk around thanking everyone for coming but pays particular attention to a long legged, darked haired lady sitting at a table with his work colleagues. The bride spots his this and takes out her phone where she has a number she has taken off his phone.  She has had an inkling that the number was a little bit suspicious from a  few months before.  She calls the number twice and on both occasions the girl on the table answers.  Cue the madness!  It descends into total chaos and the wife makes a brilliant spectacle of herself.  Very cleverly done and cringe worthy in places.  You really don’t know how the hell it is going to pan out.  The performances and direction in this are brilliant with some fantastic camera angles.

For me personally the last two tales were the weakest, but I’ve read that some people consider them the best.  One thing’s for sure; in every wild tale, there is something that hits you from out of the blue. Performances and direction is superb in all of the tales. The humour is at its darkest and a definite must see. I know it’s only March, but for me this is the best film of the year so far. Quite simply, go see it! 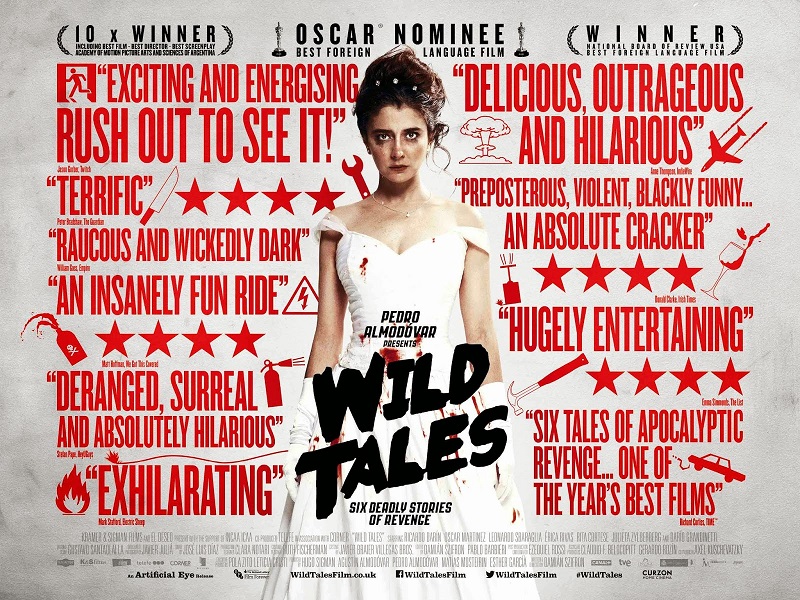 One of the year’s best so far! 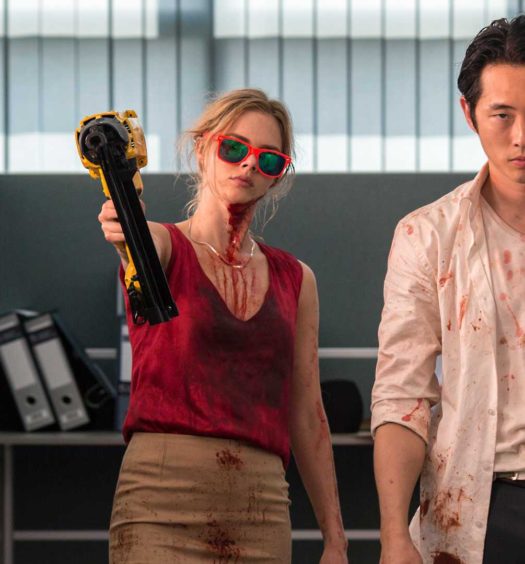 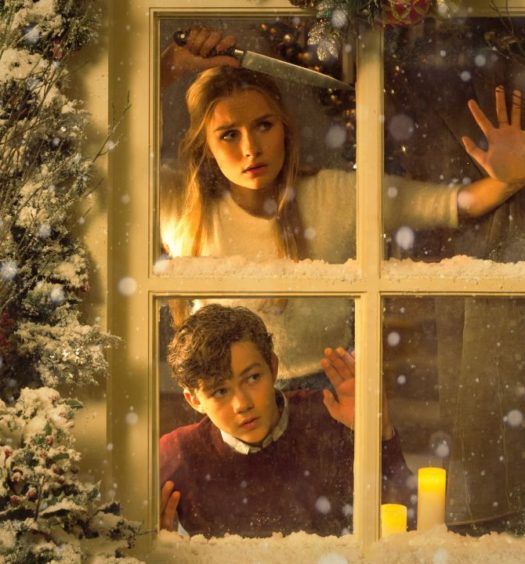