February, as all self-respecting horror fans know, is Women in Horror month. A fact not lost on distribution company, Magnet, who’s recently released XX features four short stories from four talented female directors. The fact that XX is an anthology means each story should not only be judged on their own merits, but also as a whole. Because cohesion in these types of movies is important to me. So let’s get started.

The Box is a strong first entry to start off with. Written by Jack Ketchum and directed by Jovanka Vuckovic, it tells the story about a boy on a train who gets more than he bargained for when he asks to see inside a stranger’s gift box. I’ll try to avoid saying too much because these are such short stories, and it’s hard not to throw out the baby with the bathwater. I’ll just say the story is excellently paced, and everything escalates at a satisfying rate. We’re only privy to a snapshot of this family’s life, but there are hints to a strange household that I appreciate. Why is this family watching horrors movie during the holidays? Hey, no judgment here. I practice in the dark arts 12 months a year, but it’s not your typical background family window dressing that we’re used to seeing in films. Also, why does this little girl chew that way? Is she alright!? For those of you that suffer from misophonia, like my wife, expect to be triggered a bit. We didn’t have to lower the volume or anything like that, but I’m guessing YMMV.

We’re only privy to a snapshot of this family’s life, but there are odd hints to a strange household that I appreciate.

The mystery of The Box is its strongest asset. As things escalate, I found myself wondering if I even wanted to know what was really going on; or if the deconstruction of this family was worth the price of admission. I can see it being frustrating for some, but I like to fill in my own blanks if the breadcrumbs are good enough. Definitely my favorite of the bunch. Jovanka was the darkhorse of the group for me, but with The Box, she’s one to watch.

If The Box is the mystery of the bunch, then The Birthday Party is the dark comedy that feels more comfortable being silly than with being dark. Directed by Anne Clark; The Birthday Party is about a realistic situation being handled in the most unrealistic way possible. The tonal shift aside; unfortunately, the film never really hits its stride. There’s some darkness here, but the pace is such that it never gets to linger for too long. I found myself hoping for a bit more, but the story never delivers anything past being mildly amusing. The last shot is fun in a goofy sort of way, but it doesn’t make up for what’s ultimately boring.

… great musical cues that ratchet the tension up.

What we do get is a well-stylized film. From the four stories here, The Birthday Party is the only one where I still remember what everyone was wearing, and that says something. We also get glimpses of St. Vincent as Annie who is also credited with composing the segment. She’s able to create great musical cues that ratchet the tension up. It’s by far my favorite thing about the story. I want to see Anne Clark make more things, even if it’s for the style alone. Melanie Lynskey has great range as an actress. Unfortunately, the writing is a little shallow, and she doesn’t get to stretch her legs. That’s a shame. I could see her enjoying what this character could have been.

Don’t Fall, or as I would have named it: Don’t Fucking Fall, is a story about four friends taking a trip out to the middle of nowhere when one of them is attacked by a creature, and all hell breaks loose. The thriller of the group; Don’t Fall doesn’t waste time getting to the fun stuff. Our setup is as barebones as it gets. Relationships are quickly established. Lesbian couple? Check. Stoner dude that sort of dooms everyone? Check. A random white guy being random and white? Check. Don’t Fall has it all. Though before everyone jumps into the proverbial hand basket, we at least get to see the good chemistry between our cast. I had no qualms believing this is a regular thing for them. With such little face time given to a setup, that was impressive. Without a stopwatch, Don’t Fall feels like the shortest segment of the group. That quick pace works well, though. If the meat and potatoes are the creature encounters, a short story like this doesn’t drag things out for too long. We get from everyone being alive and well to things not being so good pretty quickly, and that’s a plus in my book.

Don’t Fall doesn’t waste time getting to the fun stuff.

The design of the creature is good but forgettable. The movie uses its frantic pace to keep us from lingering on aesthetics for too long, but at least we get to see some creepy fingers. I like creepy fingers. I’d also like to note that Don’t Fall is one of the better shot films in the group. From the first opening scene to the final frame, director Roxanne Benjamin has a great eye, and I really enjoyed the late title card which I’ll touch on a bit later. I wouldn’t say I have many objections with Don’t Fall–it just didn’t wow me. It didn’t have the punch.

Her Only Living Son

This takes us to our last segment, Her Only Living Son. Directed by what most would call the heavy-hitter in the group, Karyn Kasuma, Her Only Living Son tells the story about a mother living with her dysfunctional son who’s a day away from turning 18. Her Only Living Son is the darkest of the stories in XX. It touches on the occult, animal harm, murder, and moving out of your mom’s house. The story establishes a sense of dread from the very opening scene and never lets up. Christina Kirk, who plays Cora, is pitch perfect as a weathered mother desperate for answers. There’s one scene halfway through the story at a school that I found particularly satisfying. Cora just needs someone to help her with Andy and is essentially begging for outside intervention. You can see the desperation in her eyes, and it was the highlight of the segment.

You can see the desperation in her eyes…

The ending is a different story. I thought it was a swing and a miss. I get what they’re going for here. I only wish it was executed better. We’re left in the dark just as long as Cora is, which I totally like. I enjoy storytelling when I’m on equal footing as the main character, but the big reveal is not only telegraphed a bit, in this day and age it feels like well-worn territory and could have been more. Karyn Kasuma ultimately does not disappoint; though, and Her Only Living Son is a worthy bookend to the foursome of stories.

If you are a fan of anthologies, you likely fall into one of two camps. Those that want thematic consistency with a clear through-line that ties events in the stories together, and those that couldn’t care less. If you’re the ladder,then here you go. For those of you that are firmly the former, like me, you’ll be disappointed to know that XX doesn’t set up these films in any particularly interesting way. Between segments, there are these cool stop motion animations that, while creepy on their own, aren’t really about anything. Being that Magnet promoted XX as badass female directors coming together, I would have loved a roundtable style format having these ladies talk about their craft, perhaps introducing their segments. It’s not like mood would have been sacrificed, and it falls in line with the marketing team’s rather obvious goals.

This type of mediocre presentation is what ultimately brings XX down a notch. The segments on their own are all worthy efforts by these filmmakers–they all show promise. But together they fail to elevate each other, and things feel slapped together. Still, as a fan of short stories and someone who enjoys anthologies, XX is worth a watch.

XX is out now on VOD 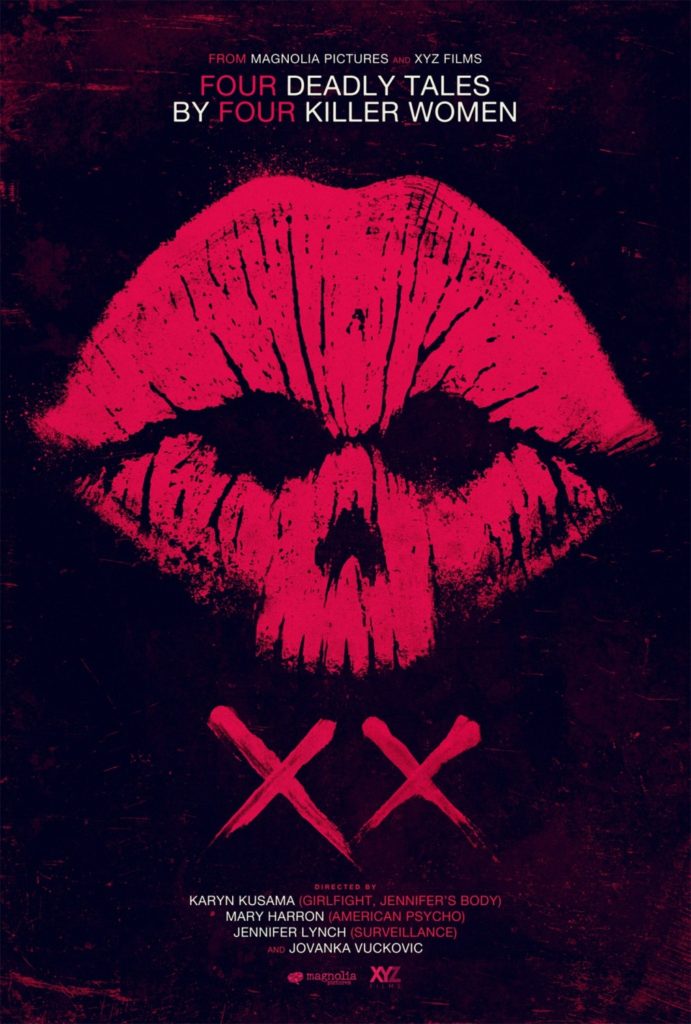 It’s a bit uneven and I wish there was more done with the presentation, but XX is still worth checking out for short story and anthology fans. 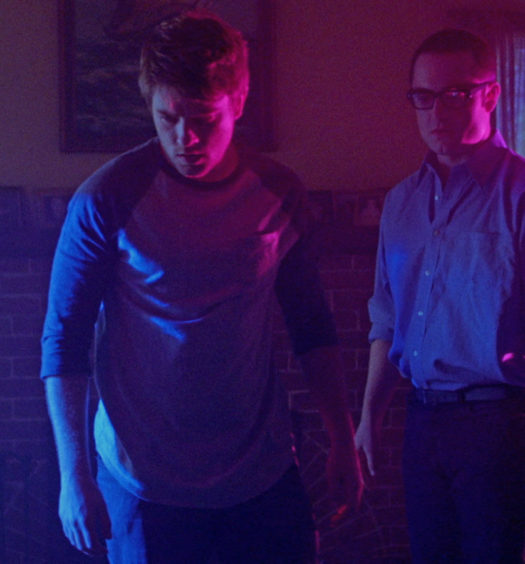 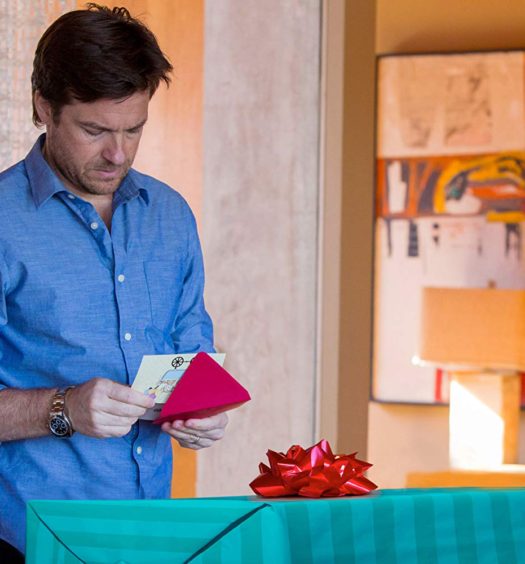