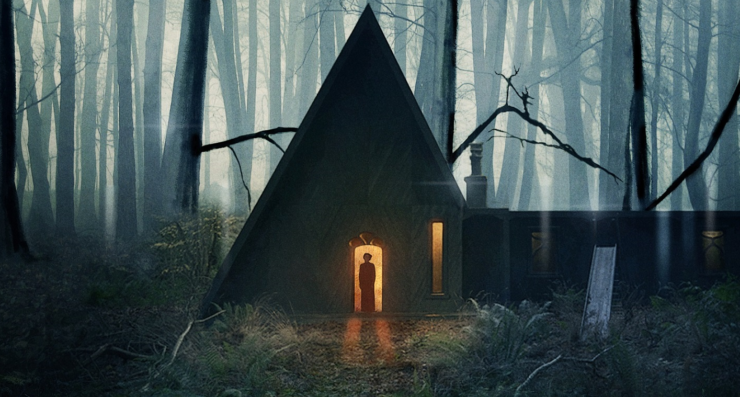 I might not have a “crazy first horror movie experience” story but I sure do have a crazy naptime story. Growing up I spent a lot of time at my grandparents’ house. And grandparents being “old” (don’t tell my grandma she will resurrect just to give me a beating for that), they would force me to nap. I say force because I was an energetic child that absolutely despised napping. My grandpa, being his kind self, told me if I attempted to nap, he would tell me a story. I guess we know where my demented side came from because he decided “Hansel and Gretel” was an appropriate story to share with a 5-year-old. Ever since I heard the story, I would ask him to tell it to me again and again during the dreaded naptime. And every time I enjoyed it as if it was the first time I heard it. So you can tell this story holds a special place in my heart.

With that said, it is evident that I am stoked for the new Orion pictures movie, Gretel and Hansel. I am excited to see what twist they have applied to it. My eagerness got me thinking, what other Grimm fairy tales would make good horror movies? After all, some of these stories are flat-out grotesque and dark. Being the huge Grimm brothers fan that I am, I pulled five stories from their vast pool of fairy tales that will make you raise an eyebrow, and that I believe would make great horror films. These could be made into period pieces or be given a modern twist. Either way, these stories are definitely ones genre fans should check out. 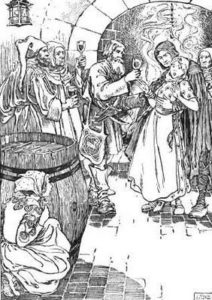 This might be the most disturbing Grimm story yet. A man sets out to marry a miller’s daughter. The man asks her to come over to his house, for he had people coming over to meet his bride-to-be. When the girl gets to the small isolated house, she finds it empty. A bird whispers to her to leave but she decides to enter the house anyway. After looking she finds an old woman who tells her if she stays then the only thing she’ll marry is her death. She offers to help the girl and hides her. While the girl is hiding, a group of robbers, including her betrothed, come in dragging a girl with them. The girl, crying and pleading, was given wine, then killed and cut up into pieces to be eaten. Murder, decapitation, cannibalism—these are three main ingredients that would make a great gorefest of a horror movie.
Full story: https://www.pitt.edu/~dash/grimm040.html 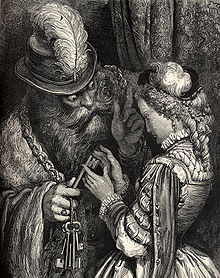 Clearly the Brothers Grimm had a thing for creepy marriage stories. A wizard disguised as a poor beggar would kidnap girls. Then he would leave the house and give them two tasks, to look after an egg and to not enter the forbidden room at any cost. The girl, passing by the room, lets curiosity get the best of her and enters to find a basin filled with blood and body parts. Scared, she drops the egg into the basin resulting in a stain on the egg which she can’t wash off. The wizard comes home and once he sees the stain, he knows that she’s been in the forbidden room. For disobeying him, the wizard kills the girl by cutting her head off and throwing her in the basin. He then goes off to kidnap other girls.
Full story: https://www.pitt.edu/~dash/grimm046.html 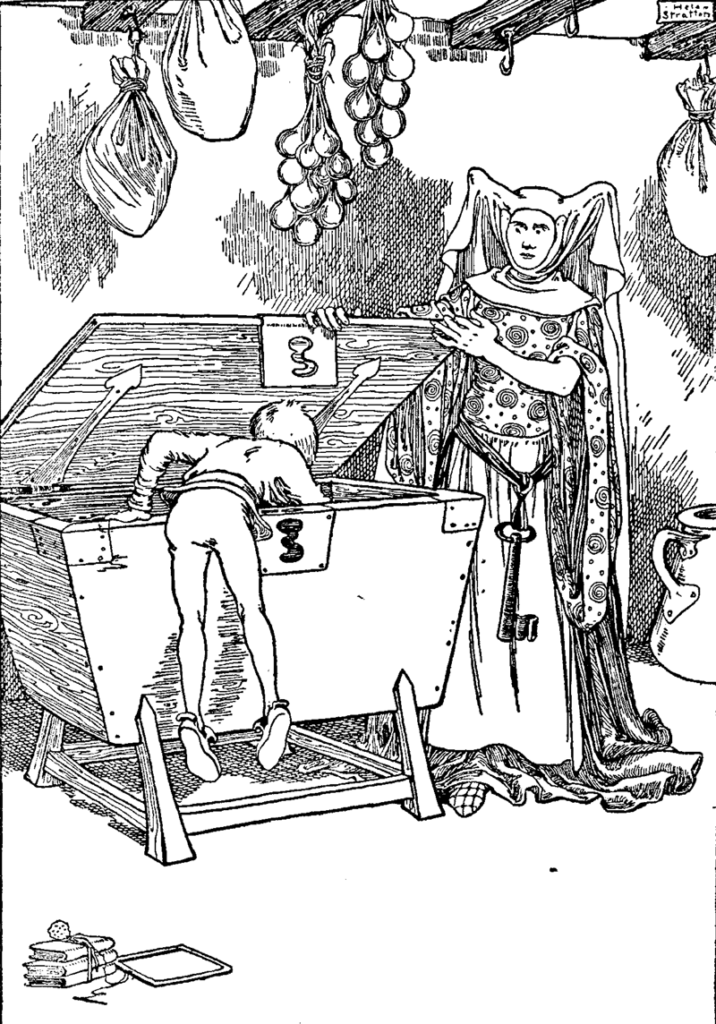 As disturbing as this story may be, there are a few whimsical aspects that would have to change to be made into a movie, but boy would it make a disturbing one. The wife of a rich man wishes to have a child of their own while standing under their juniper tree. Her wish is granted and they have a boy—but at the cost of the wife losing her life. A short time later, the husband remarries and his new wife gives birth to a daughter. She loves their daughter, but she despises her stepson. One day she offers the stepson an apple from a chest. The boy innocently goes to grab an apple and down goes the lid chopping his head off. To avoid getting blamed for it, the wife grabs a handkerchief. She puts the boy’s head on his neck, ties the handkerchief, and sets him on a chair. The daughter tries to grab the apple from the dead boy’s hand and knocks his head off by accident. The mother sees this as an opportunity to put the blame on her daughter. Long story short, the mother cooks the boy for supper. The father comes home and keeps eating the food, unaware that he is eating his son.
Full story: https://www.pitt.edu/~dash/grimm047.html

The Poor Boy in the Grave 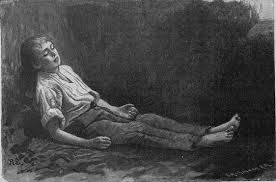 This tale is not grotesque, but it is definitely a dark story about a boy and his misfortune. An orphaned boy is handed to a greedy rich husband and wife to be looked after. The husband soon finds out the boy is not really good at any deed. Whatever task is given to the boy, he manages to mess it up. Each time the boy messes up, he is abused. One day, tired of his lack of abilities the husband tells the boy that if he messes up again he is going to be beaten once more. Alas, the boy does his deed wrong. Terrified, he decides to take his own life before giving his caretaker the opportunity to do so. He recalls the wife hiding a poison under the bed, which was actually honey. She told everyone it was poison so people would stay away from it. Realizing he is not dying, the boy recalls the husband having poison for flies which turns out to be wine. Drunk out of his mind, the innocent boy thinks his death is approaching. He begins to dig a grave for himself, before falling into the grave and dying there.
Full story: https://www.grimmstories.com/en/grimm_fairy-tales/the_poor_boy_in_the_grave 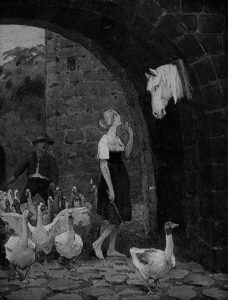 “The Goose Girl” follows a princess betrothed to a prince. When the time comes to marry him, the girl’s mother sends her to the prince’s castle with a handmaiden and all the riches. The handmaiden being wicked bullies the princess, exchanges clothes with her, and switches horses. Upon arrival, the handmaiden fools the kingdom into thinking she is the princess due to marry the prince. The real princess is kept at the castle and is asked to help tend to the geese. Eventually, the truth comes out, and the handmaiden is placed in a barrel studded with pointy nails, tied to two horses, and dragged. Ouch!
Full story: https://www.pitt.edu/~dash/grimm089.html