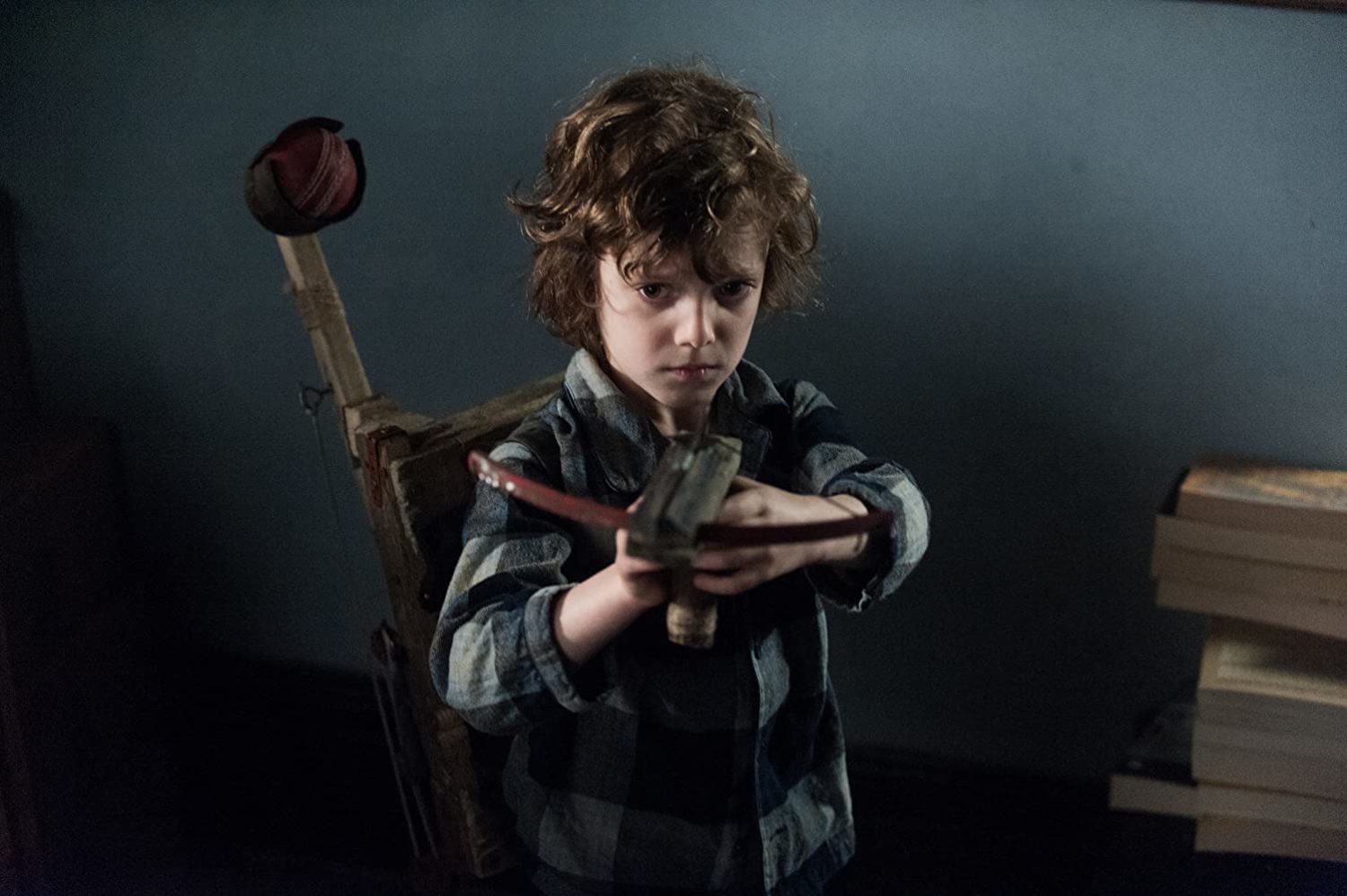 Yesterday, the IFC Midnight Twitter account cashed in on a popular meme about movie villains by referencing one of its most popular acquisitions to date: The Babadook. There was one problem, though: Samuel Vanek, the little boy played by Noah Wiseman, was the one portrayed as “the real villain” of the film. 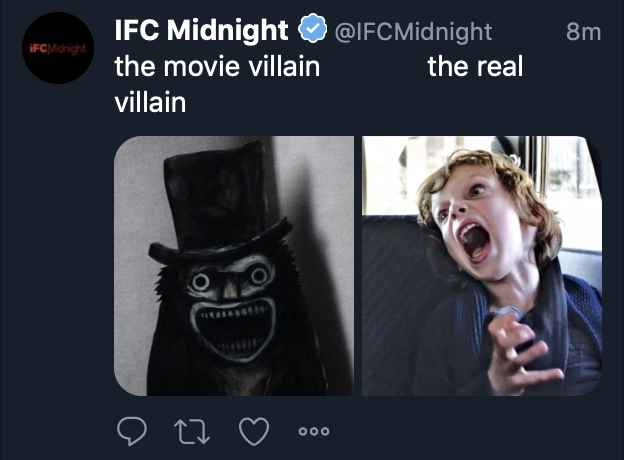 Before I go any further, I have to cut IFC Midnight some slack, as this piece isn’t meant to be targeted directly at them. Obviously, the tweet was meant in jest. And to their credit, they had enough sense to delete it pretty quickly (The tweet was posted before noon, and it was gone when I checked again in the early evening). Frankly, IFC Midnight also deserves credit for not only acquiring The Babadook but for promoting and championing it tremendously since its release, helping turn it into a modern horror classic. It’s a complex film, and one that I believe they fundamentally understand.

More importantly, IFC Midnight’s social media manager isn’t exactly on an island when it comes to this characterization of Samuel. Whenever I discuss this film with other horror nerds, and particularly less horror-driven cinephiles who were intrigued by the buzz, this is a common take. “I hate that kid.” “God, that kid is so annoying.” “I’d lose my mind too if that was my son.” On occasion, the Samuel character has even been the noted reason why viewers don’t like the film at all. Of course, it’s not a mystery why this is a common response. Samuel’s behavior is indeed the sort that would truly test one’s patience; even that of a loving mother. To be annoyed by Samuel over the course of a brisk 90 minutes is an understandable reaction.

But it’s a take as common as it is unfair. 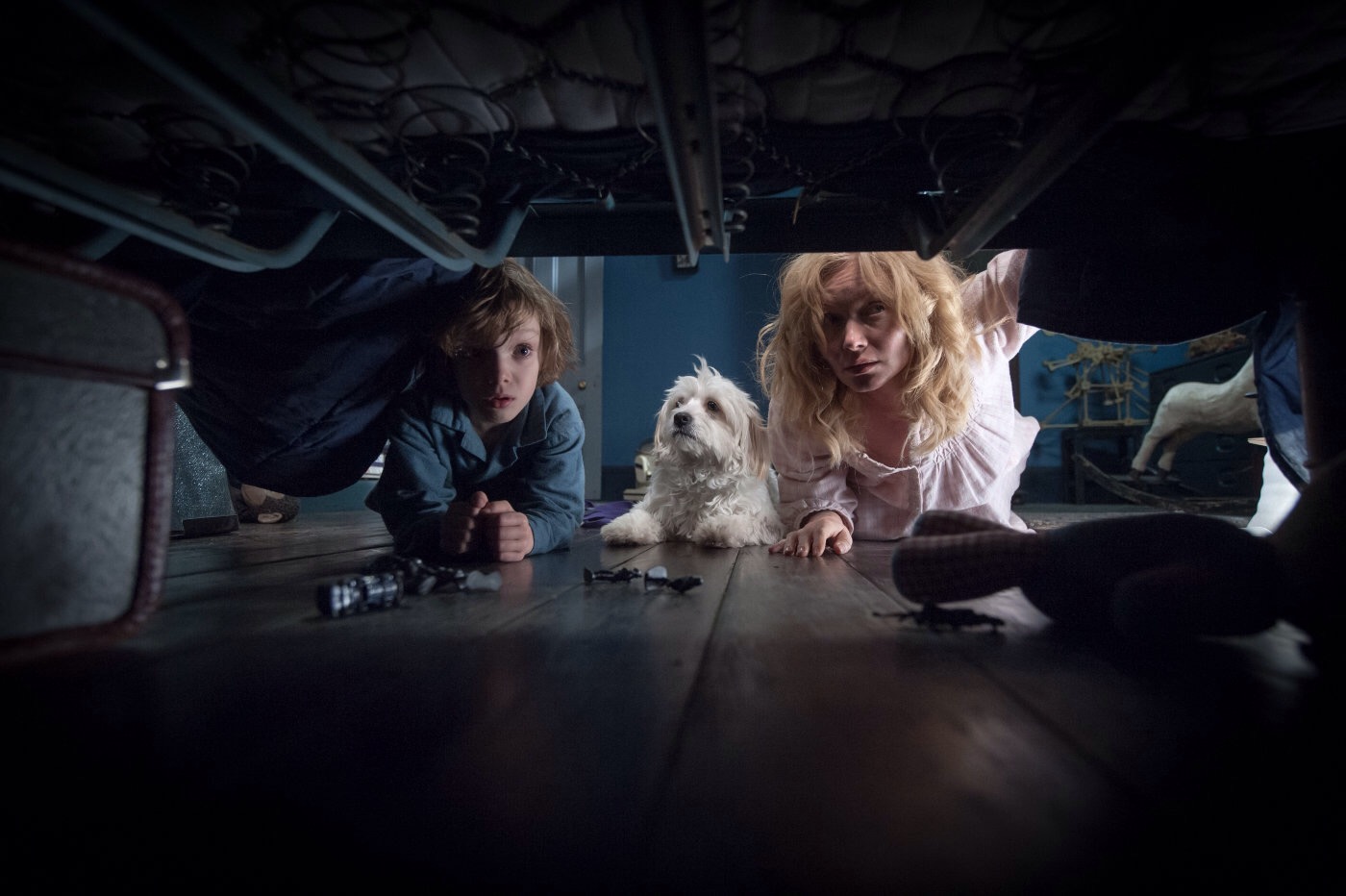 Much has been said about Amelia’s mental health in The Babadook. But Samuel has largely been written off as an unbearable menace.

Almost everyone who’s seen the film (the ones who paid attention, at least) can tell you that The Babadook isn’t really about the Babadook. Whatever your specific interpretation may be (and there are several that could work), the symbolic gist centers around Amelia Vanek (Samuel’s mother) and the mental illness that she’s been experiencing since the death of her husband and the birth of her child (which happened on the same day, incidentally). Much has been said about Amelia’s mental health in The Babadook. But for whatever reason—his age, perhaps—it seems as though much less has been said about Samuel’s mental health. Instead, he’s largely been written off as an unbearable menace.

In this sense, I believe that most of the adult characters in the film—Amelia in particular, and excepting Mrs. Roach, the next-door neighbor and frequent babysitter—act as an avatar for the viewers who see Samuel as an annoyance. Their mistake isn’t in the diagnosis, but the treatment.

Early on in the film, we learn of Samuel’s condition from a meeting between Amelia and Samuel’s school supervisors. Amelia is told that her son has “significant behavioral problems,” to which she provides an explanation: “Samuel doesn’t need a full-time monitor. What he needs is some understanding.” Later in the film, Amelia’s sister puts it even more plainly (“I can’t stand being around your son.”) and Amelia herself breaks down and makes an unfair plea of Samuel (“Why can’t you just be normal!?”). Her attacks toward Samuel only get worse as the film goes on. 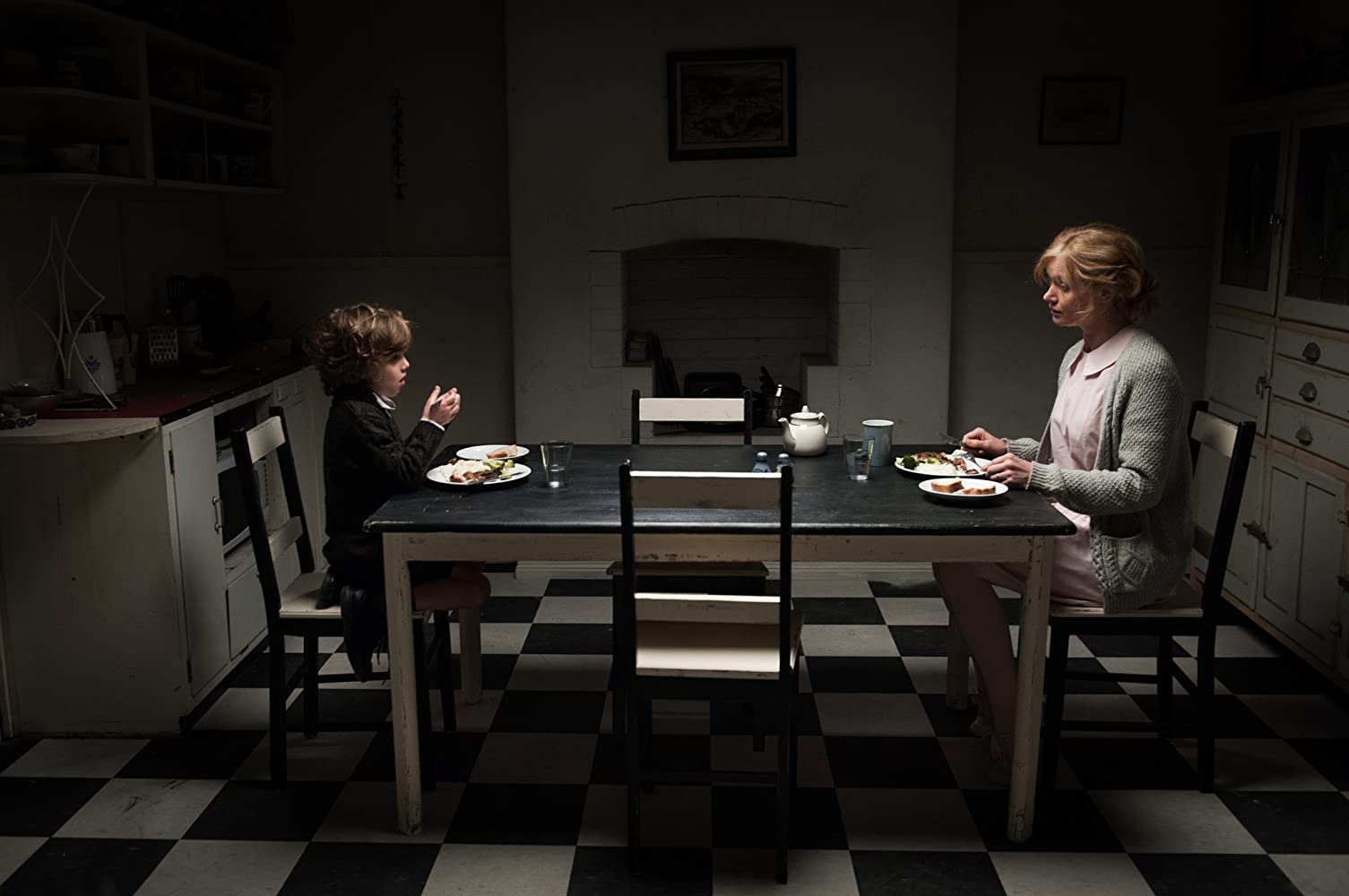 Amelia and her son are both dealing with things they can’t control, and thus they’re both deserving of our empathy.

Herein lies the essential dramatic irony of the film—the one person Samuel should be able to rely on is the person who lets him down.

Amelia and her son are both dealing with things they can’t control, and thus they’re both deserving of our empathy as viewers. Writer/director Jennifer Kent spoke to “the love [she] had for both characters” in a 2014 interview with Den of Geek, saying that it was “important…that they were loving, and lovable people.” And yet, Amelia seems to be the one afforded more empathy, even though Samuel is just approaching his seventh birthday.

A thing I find curious about this common audience perception of Samuel is the extent to which it’s impacting Wiseman’s career. Merely five years old during the production of the film, Wiseman gave an incredible performance—in my opinion, one of the best displays of acting from a younger actor this century—and he received heaps of critical praise, including awards from Fantastic Fest and Fangoria as well as nominations from various critics groups. And yet, Wiseman has all but disappeared since then, only appearing in two short films and a Funny or Die video. Perhaps there are logical reasons for his absence from acting—he is a minor, after all. But given that one of those two shorts was released earlier this year (the other was in 2015), one has to consider that a perceived typecasting as “the annoying kid from The Babadook” could be limiting his opportunities for other roles.

As viewers, the first thing we can do—the very least we can do—is to not present children like Samuel as the problem.

Mind you, I am no psychiatrist. (I will have you know, though, I did take a class on child psychology on my way to a psychology minor. But that was nearly 15 years ago, and I remember almost none of what we studied.) So I won’t even attempt to explain or diagnose Samuel’s behavioral issues. But I can say that my heart breaks for Samuel when I watch The Babadook, and the villainization of his character has always bothered me. My mother was a special education teacher for most of her career, and she encouraged me to volunteer with her classes during events, which I did on a few occasions. I met plenty of children like Samuel, and I heard stories about many whom I never met. I also heard stories about lots of parents like Amelia—and some others who deserve less empathy than she does.

How to help children with behavioral issues is a complicated matter, of course. And I certainly don’t wish to tell any parents how to raise their kids. But as viewers, the first thing we can do—the very least we can do—is to not present children like Samuel as the problem. 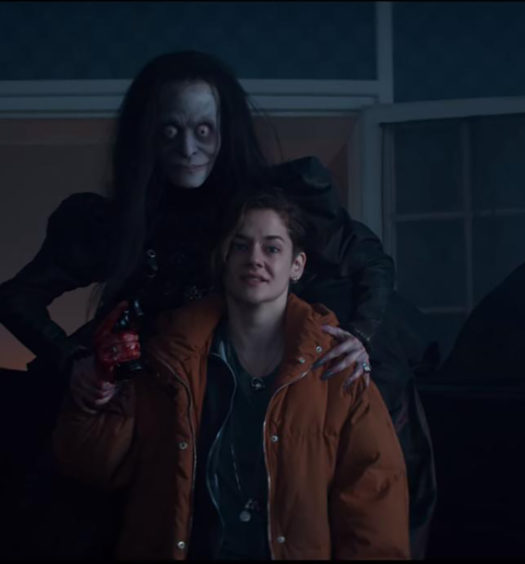 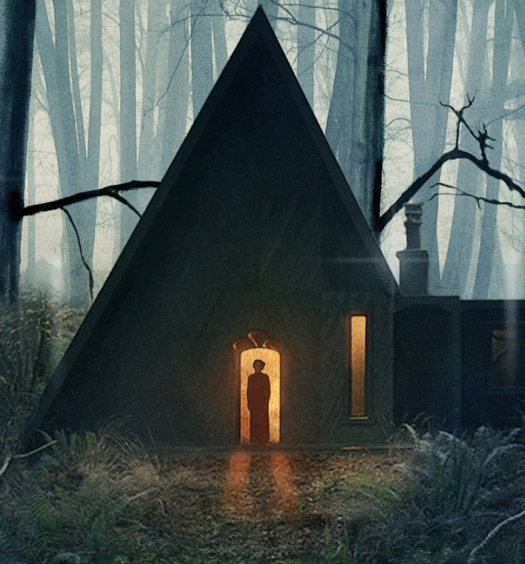