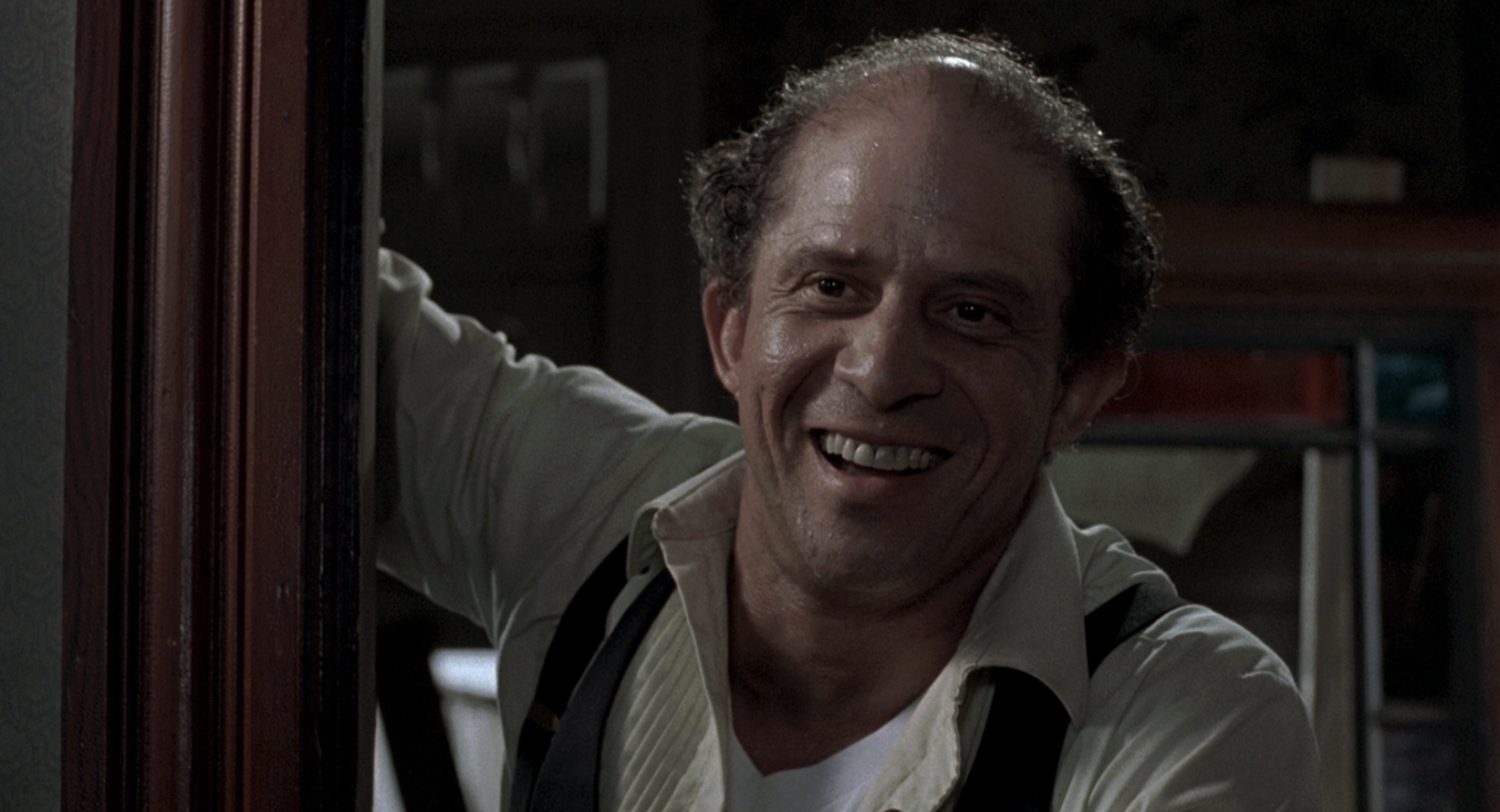 5 Things You May Not Have Known About Tom Towles

If you’re reading this, Tom Towles needs no introduction, and you know that he recently passed away.  His contributions to the genre were invaluable – particularly his performance as Ottis Toole in Henry – and he will be sorely missed by the horror community for years to come.

In honor of Tom’s life, I thought it would be nice to get to know a little more about him, so after scouring the Internet for all things Tom Towles, I put together this little list with just a few interesting nuggets. 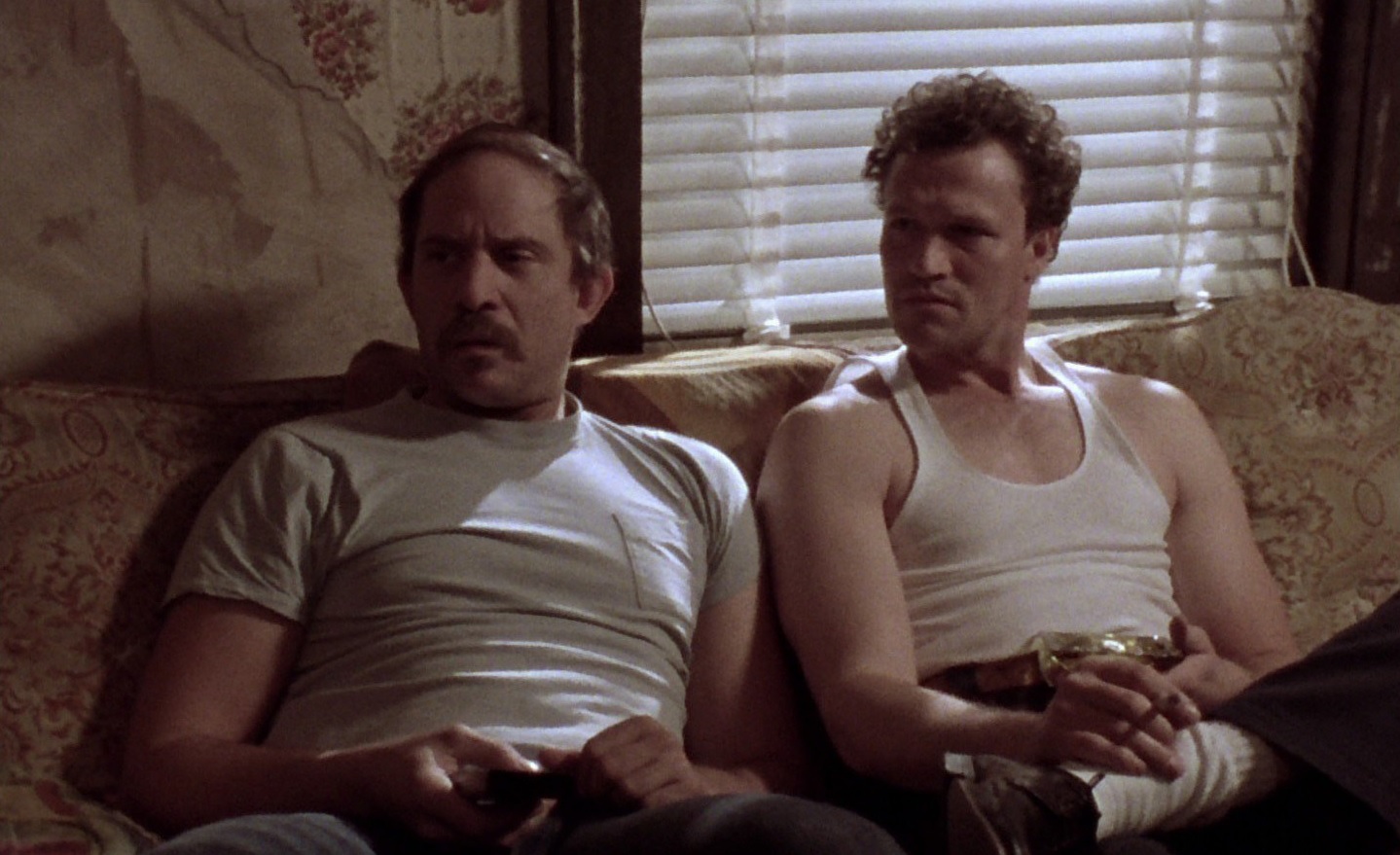 1. Tom Towles Was Almost Dennis Franz
Actor Dennis Franz is best known as Detective Andy Sipowicz on NYPD Blue, which was hugely popular in its day. It’s the reason that most people know who he is. You may have known that Towles had a recurring role on the show, but did you know he was considered for Franz’s part? Had he gotten it, Towles would have been even more famous and appeared on all the magazine covers. NYPD Blue would be the reason most people knew his name. And here’s a bonus fact: Towles even co-wrote an episode of the show.

2. Tom Towles Was in 6 Films with Bill Moseley

You definitely knew that the two had appeared in films together, and that both regularly worked with Rob Zombie, but did you know that Tom Towles and Bill Moseley have been in six of the same movies? These include: Night of the Living Dead (1990), House of 1000 Corpses, Home Sick, The Devil’s Rejects, Grindhouse, and Halloween (2007).

Towles told one interviewer that he would “forever” owe Moseley for recommending him for his part in House of 1000 Corpses.

3. Tom Towles was a Marine
Before pursuing a career in acting, Tom Towles served in the Marines. I haven’t been able to find much else about that part of his life, but after that, he attended Columbia College, Chicago as a theatre major, and his long career began. His first movie role was as a cop in the classic Dog Day Afternoon.

4. Tom Towles Had Been Friends with Stuart Gordon Since the 60s

When Towles passed away, you might have seen fellow genre legend Stuart Gordon, with whom he worked on 1991’s The Pit and the Pendulum, 1992’s Fortress, and a dozen plays, tweet this:

The Prince of Madness is no more: #TomTowles, brilliant actor and old friend, struck down by a massive stroke. There was no one like him.

This is in reference to the sci-fi play trilogy Warp!, which Gordon co-wrote, and which featured Towles as Prince Chaos, or The Prince of Madness. Here’s a piece about Towles and his performance from the Chicago Tribune on July 27, 1980. 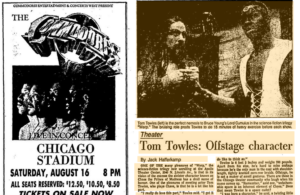 The synopsis of Warp! (via Wikipedia) is as follows:

David Carson, an everyday bank teller, learns that he is Lord Cumulus, “avenger of the universe”. Suddenly transported from an annual employee-awards dinner to the mystical realm Fen-Ra, he finds himself battling for the destiny of the universe against antagonist Prince Chaos. In this world, he encounters the sage Lugulbanda who sends him on his quest aided by the leather-clad Amazon warrior Sargon. They battle Valaria the insect sorceress and Chaos’ henchman, the purple ape Symax.

Warp! was created in Chicago, but eventually made its way to Broadway, where it would mark the Broadway debut of actor John Heard, who played David Carson/Lord Cumulus.

Also from the above Chicago Tribune article, we learn that Towles was wearing corn row braids in his role as Prince Chaos. This seemed like it was worth its own section because frankly, I just think it’s fun to think about Towles with corn rows. Unfortunately I can’t find a clear image of this.

The article says, “Towles is 6 feet 3 inches and weighs 200 pounds. Apart from his size, he’s hard to miss onstage because he’s the only man in the cast with shoulder-length, tightly knotted corn-row braids.”

Depending on your level of Towles fandom, you may or may not have known some or all of this stuff, but hopefully you at least learned something about the man who will always be considered one of the horror genre’s beloved actors. 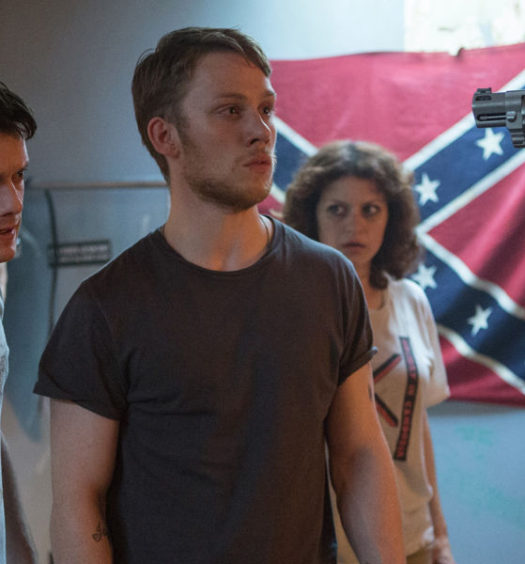 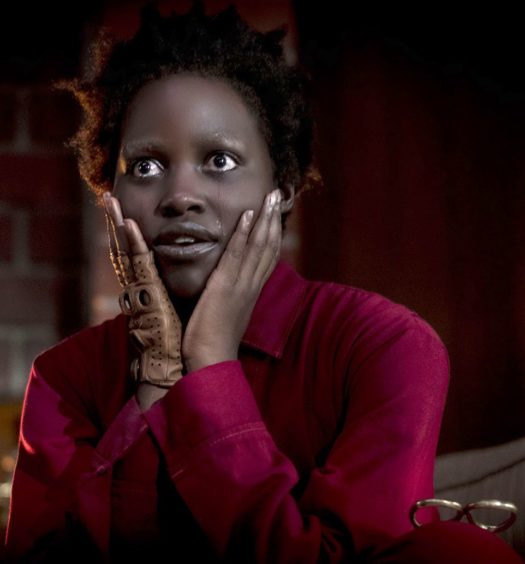