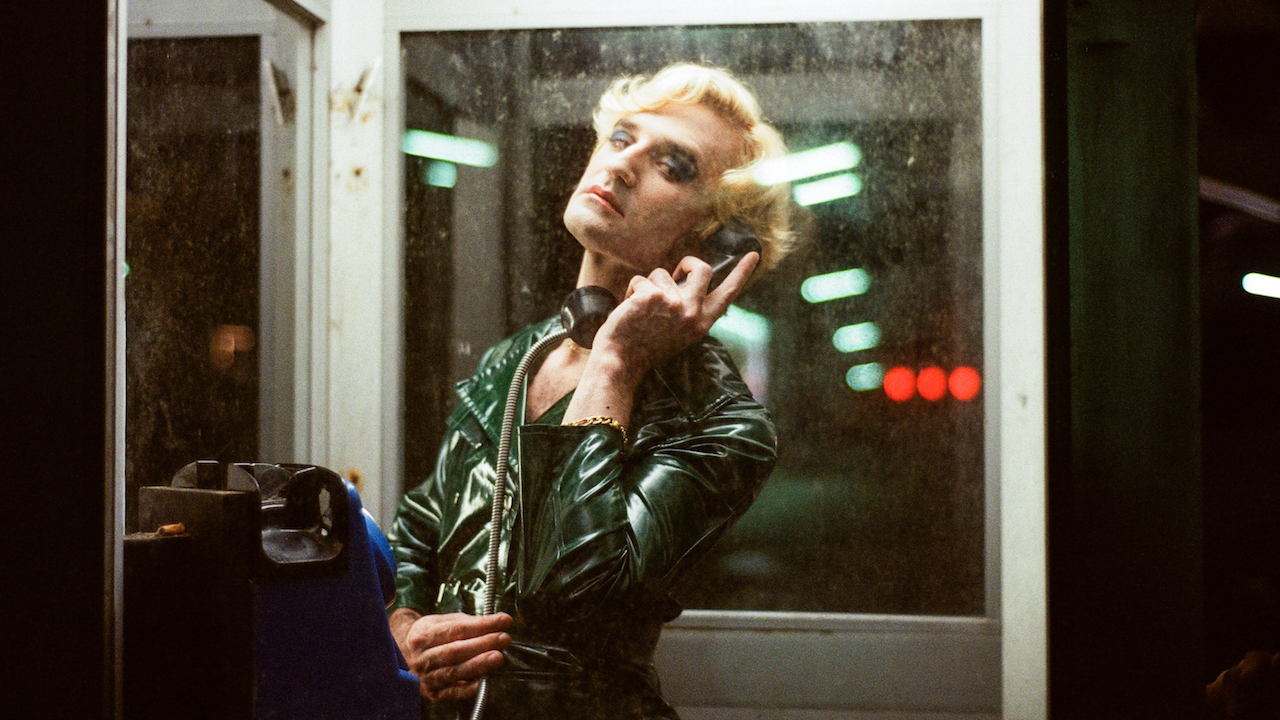 Being both LGBTQIA+ and a horror fan can be a tough break. When queer people pop up in genre films they’re often treated as the butt of the joke–if they’re not being slaughtered in some absurdly humiliating way by a vicious killer, that is. And if they’re women, there’s almost destined to be some gratuitous lesbian sex scenes, toeing the line on exploitative. Not to mention the worst of all tropes, the deranged gay killer. We all know the one, ” I CAN’T HANDLE WHO I AM SO I’M GONNA GO CRAZY AND KILL EVERYONE!!” What a joke.

Seeing these tropes and stereotypes pop up time and again can be exhausting at best, and psychologically damaging at worst. So, where does one turn in the genre to see representation without exploitation? Right here. I’ve compiled this list of nine films that handle topics of gender identity and sexuality in their own unique, and (mostly) tasteful ways. I’ve done my best to include movies that represent every letter in the initialism (although movies about ace people are hard to come by and movies about intersex folk are never really tasteful, to my knowledge). The movies’ approaches to the subject matter range from poignant and pointed to barely addressing it at all, and the films vary just as much in terms of style and message. So kick back, grab a snack, and strap yourself in for some bloody gay fun.

When it comes to mixing poignant social commentary with brutal blood and gore, nobody does it like the French, and High Tension is no exception. Also known as Switchblade Romance, High Tension tells the story of two college students on holiday visiting family. When late at night a serial killer breaks into Alex’s home and kills her whole family, it begins a mad struggle for Marie to survive and save her best friend. As thoughtful as it is vicious, the film explores themes of internalized homophobia and questioning identity. While a personal favorite of mine, those with faint hearts or weak stomachs may want to pass this one up.

Assassination Nation is the movie that we all wanted The Purge to be–the creators of The Purge most of all. When a hacker in the quiet town of Salem starts stealing everyone’s private information and leaking it, the town loses its goddamn mind. Acts of prejudice and violence abound, some random and some not so random. Four best friends find themselves at the center of the mess, fighting to protect themselves and each other. When the trailer dropped, featuring quick cuts interspersed with trigger warnings, it was easy to assume this would be another edgy anti “PC” movie. I certainly didn’t expect it to be the progressive sleeper hit it became. The inclusion of a trans lead, played by a trans actor, that they don’t misgender once certainly didn’t hurt. If there’s a movie on this list that EVERYONE should see, it’s this one.

What do you get when you make a slasher movie, full of gay men, where the killer has no discernible anti-gay agenda? Turns out you just get a slasher movie. Who would’ve thunk it? Hellbent is the story of four gay roommates who go to a Halloween party, and a man in a devils mask starts killing everybody. That’s it. That’s the whole plot. No heady symbolism, no hidden messages, no bullshit. Just clean, clear, gay slasher mayhem. As far as quality goes, this movie ain’t great. The budget was like $80, and the production quality and much of the acting are about what you’d expect from a 90’s Skinemax flick. But just because you’re queer doesn’t mean you can’t enjoy some mindless fun, right?

When a genderqueer vampire moves into the apartment next to a young, timid, bullied boy, a unique relationship starts to blossom between the two. I don’t want to say too much about this one for those who haven’t seen it, but this movie is beautiful. So are the American adaptation and the book the films are based on, for that matter. But for this list you need to watch the original Swedish film. The genuine and organic way the relationship develops between the two young stars is unparalleled, and the way the movie approaches topics like gender and love is like nothing I’ve seen before or since. It also addresses pansexuality and the roles that gender and age play in a relationship, which is incredibly rare. A personal top 10 of all time. Definitely a must see.

When the once destined for greatness ex-protégé of a cello instructor returns to the fold, she quickly hits it off with his new star pupil. But shortly after they start getting to know each other (in the biblical sense), her new friend falls ill with some mysterious and terrible disease. The Perfection is the newest horror offering from Netflix, which means you have no excuse not to watch it, and it’s a standout. While most Netflix horror movies fall flat for me, this may be part of the holy trinity (with Apostle and Haunting Of Hill House). The acting is great, the writing is solid, and the movie has a lot to say. “Fans” of HBO’s Girls (you know you hate watched it too) will immediately recognize Marnie, who turns in her best performance to date. And the last shot is truly something special.

There are few things scarier to me as a queer person than religious fanatics. Very few. Like, none. So when Kevin Smith stepped away from comedy to turn the Westboro Baptist Church into the gun-toting, serial-killing zealots I always believed them to be, it struck a chord. What’s scarier than a group of wackos who believe they have the divine right to kill you for who you are? For me, nothing. While the movie focuses on three straight boys, it’s still powerful in the LGBT context. There’s no shortage of Phelps and gang’s homophobic tactics on screen. But for some reason hearing John Goodman say that WBC are “essentially harmless” and “sue-ers, not doers” helped take some of the wind out of those fear mongering sails. If you enjoy this, you should also watch Malcom Ingram’s Small Town Gay Bar, which was the inspiration for Red State.

Retreading a well-beaten path isn’t always a bad thing, especially when you manage to add some interesting forks. When Jackie takes her wife Jules up to her father’s old cabin for their anniversary, Jules expects a relaxing weekend by the lake. What she gets is two long days in a deadly game of cat and mouse with the love of her life. Now I know you’re probably thinking, “Great, another ‘who did I marry?’ movie,” right? Well, while the story is something you’ve almost certainly seen before, there’s a reason it’s a tentpole. Plus, there’s a slew of interesting choices and turns What Keeps You Alive makes that you don’t get from your average Lifetime movie. It’s tense, it’s interesting, and it introduced me to my new favorite song, “Bloodlet” by MUNROE. And despite having two attractive, lesbian main characters, there’s no sex scene. Whoa.

A lot of people refer to Lyle as simply “Rosemary’s Baby for a new generation,” but that’s a discredit. Filmed on a micro-budget in less than a week, Lyle is essentially magic. Shortly after moving into a Brooklyn apartment, a lesbian couple loses their toddler in a tragic accident. Already pregnant with their next child, Leah takes the grief much harder than her wife June. Leah starts developing theories to rationalize the trauma, ranging from a baby-jealous landlord to satanic sacrifice. The plot is simple and relatable, the 65-minute runtime means it’s short and concise, and the actors are CHEWING ON SCENES. Naturally, a solid script is helpful, but Gaby Hoffman takes every scene and turns in an Oscar-worthy performance. This movie should be shown in every film school across the country. Is it perfect? No. Is it a perfect example of good indie filmmaking? Absolutely.

Author’s note: As you may have noticed, there’s a pretty clear lack of both The Babadook and IT on this list. That wasn’t accidental. While both movies are great, can we stop trying to claim creatures that prey on children? That seems weird to other people too, right? And the Babadook is the literal embodiment of grief and mental illness. Why do we want that? We’ll totally take Bill Skarsgård though (who’s also in Assassination Nation).

Now, this isn’t really self-promotion, being that I have little to nothing to do with the production of God Country, nor was I asked to include this. As a matter of fact, I’m sure there will be some objections from the people on the letterhead about its inclusion, but I’m the one with the keyboard, so they can suck it up. I’m just really excited for this movie. I’ve seen some behind-the-scenes stuff, and oh boy. God Country is the story of Ben and Sam, a gay couple who are dragged back to Ben’s hometown in The Bible Belt by a death in the family. Coming from a town called White Hope, you can imagine how they’re greeted. Naturally, things just get worse and worse for Ben and Sam. God Country promises to be visceral and brutal, but with all the social commentary and tact you’d hope for given the subject matter. Horror has always been a place for people who have been looked at as different, and I am excited and happy to work aside people who are continuing that charge. Even for a bunch of nerds. 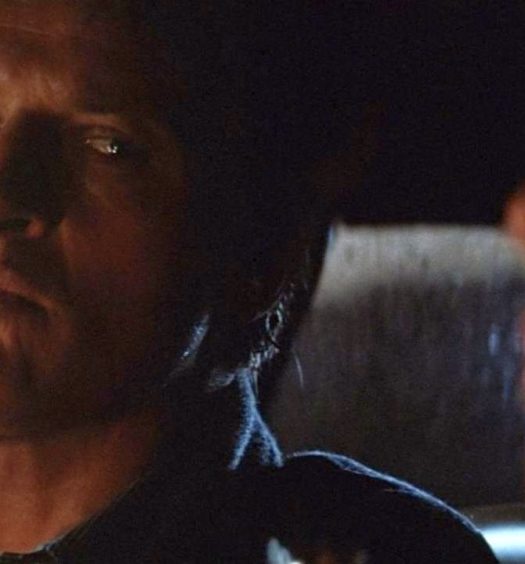 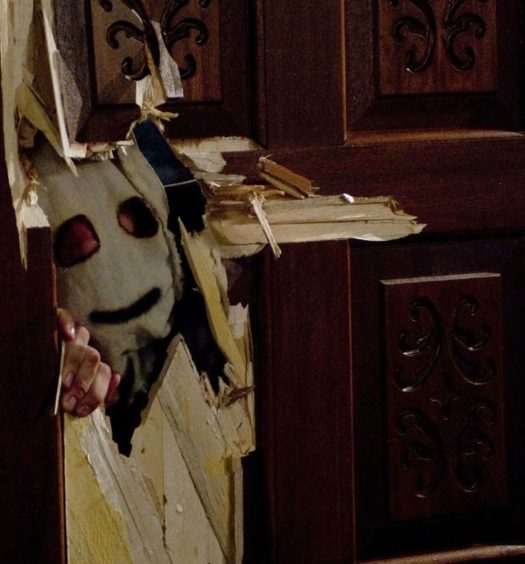