Are These the Best or Worst Clichès in Horror?

Every so often we see similarities between horror film sub genres. Sometimes these clichés make the movie more entertaining or fun, and sometimes they cause a dramatic nosedive straight into the toilet. While these clichés don’t bother me, they do tend to make the movie predictable for the viewer. After all, who wants to watch a movie where you saw the end coming from a mile away? Here are a few clichés that occur over and over again in the horror genre.

The Typical Quotes
Does writing BRB to your friends on chats and texts actually mean a deranged masked killer is going to pop out of nowhere and kill you? Probably not. However, in a horror movie “I’ll be right back” or anything along the lines of BRB means the exact opposite. Speaking these words is as forbidden in a horror movie as reading the words in the necronomicon. It’s like engraving a target on your forehead, because let’s face it, you’re not coming back.

Other lines include: “go on I’ll catch up to you” or “let’s separate into groups”. I never understood why groups separated. We all know they will never reunite. It’s always one group finding members of the other group dead. If you notice, it’s always the weak people in one group and the strong ones in the other. It’s like the writers thought “eh, no one likes these characters anyway“. How about the whole “Go on I’ll catch up with you”? Maybe “go on I’ll catch up with your dead body” would be more appropriate. These lines have to stop. They’re annoying, corny, and spoilsome for the viewer.

The Death of Promiscuity
Let us dissect this cliché by comparing a few movies. This is a topic that has come up in Scream, The Cabin in the Woods, and countless other horror flicks. In The Cabin in the Woods, Jules dies while she is having dirty, tick infested, sex in the woods with Curt. This whole “if you have sex you’ll die” is a cliché that’s been going on for decades. Take John Carpenter’s Halloween for instance. The good girl ends up being the final girl where Annie is murdered by the Boogie Man after she sleeps with her boyfriend. Or take Friday the 13th movies into consideration. Those basically define this cliché. 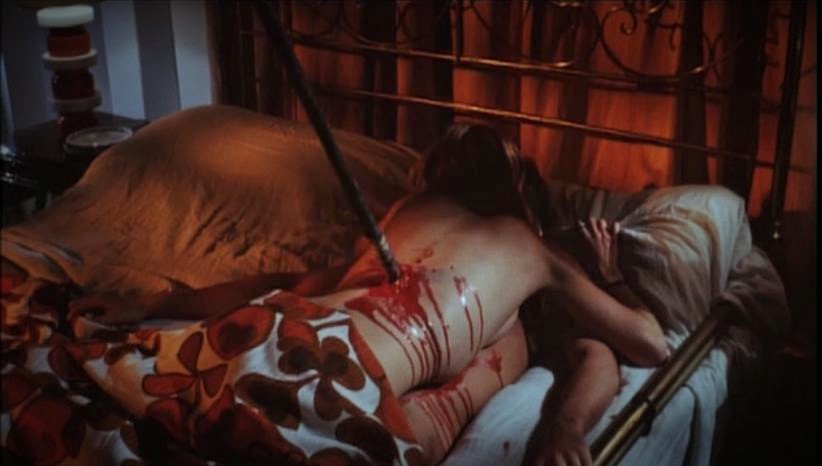 In fact, take all of the final girls into consideration. They are usually the “good” girls that kept it in her pants. So couples everywhere, next time you’re in the mood, just remember you might need more than just over the counter protection to be protected. While this is a topic that has come up over and over again in horror movies, there are few that defy it. Take Cabin Fever for instance. Karen dies way before Marcy, and we can all agree Marcy is the frisky one in the group. I won’t get too in detail about this since we have an entire article covering it. But let’s face it, realistically speaking there aren’t many virgins left to “devirginize” in horror movies nowadays. So basically, everyone is going to die at the end… take that for a spoiler.

The Jump Scare
Is it really a scare if you see it coming from a mile away? To be honest, nothing really scares me anymore when it comes to movies. Some movies still manage to disturb me, but do I have nightmares about them? Definitely not. So for folks like me, are jump scares good or bad? My answer, it depends. There are some films where the mood and setting are appropriate for it.

A few of my favorite examples are The Woman in Black and The Conjuring. The jump scares in those movies managed to make me hop clear out of my seat. The trick to a good jump scare is to add suspense to it. When there is suspense linked to the jump, then it’s very well done, it’s tasteful, and feels a little less cheap. Whether this is a good or bad cliché, is entirely dependent upon the viewer. That said, it can be the perfect touch to add as long as it’s not over used.

The Slowest, but Fastest, Killer on Earth
This one applies to my favorite sub-genre of horror, slasher films. Think of Michael Myers, Ghost Face, Leatherface, any face really; no matter how fast the victim runs, they always end up catching up to them, and they usually outsmart them as well. It doesn’t help that the victim usually falls flat on his or her face. Laurie did it in Halloween, Sally did it in The Texas Chainsaw Massacre, even Dewy does it in Scream 2, but then again he falls chasing Ghost Face… not sure if that applies. My point is, gravity seems to always be at its strongest when these poor souls are trying to run away.

Another one of my favorites is when they voluntarily go inside the killer’s lair. I sometimes really wonder what goes through their pretty little heads. “This house looks creepy… let me walk in there and scream hello”. They usually trespass too. I might act all crazy too if I see a random teenager walk into my house. But would anyone in reality actually do this? Not only do they walk in there voluntarily, but they choose to hang out in there despite the fact that there are teeth and blood on the floor and torture tools on the wall. In TheTexas Chainsaw Massacre, Pam goes inside Leatherface’s house to find Kirk, she falls down and decides to just chill on the floor. I get it, those chicken feathers were probably fluffy, but come on, there’s a human skull on the floor. Get your shit together, Pam. Anyways, although this is one of the most annoying clichés; I must say a slasher movie would not be complete without it.

The Touchy Feely Disease Carrier
I am a grown ass woman, and I still don’t want to hug you, shake hands with you, or do any sort of touching if you’re sick. So why is it that every time someone is sick in a horror movie they want to touch everyone? In movies like REC, 28 Days Later, The Crazies, or anything remotely zombie related, it’s an involuntary action when the infected goes after the healthy ones. At that point, their brain stops functioning and all they can think of is organic human brain. Then there are movies like Cabin Fever. While hunting, a man from the opening scene gets a disease from his dog. Later on, when he finds the cabin where the crew is staying, he literally wants to touch all over all of them. Even a better example is Contracted.

Leading girl, Sam, gets an STD that makes her hair fall out, her nails peel off, and her eye get all super F’d up . What does she do then? She makes out with her girlfriend, and has sex with a guy! I don’t understand; if I’m sick I want to stay a mile away from everyone to avoid getting them sick. As much as I find this extremely irksome, I must admit that a horror movie about a disease would not happen unless there is a crazy infected person running around with icky hands trying to touch everybody. 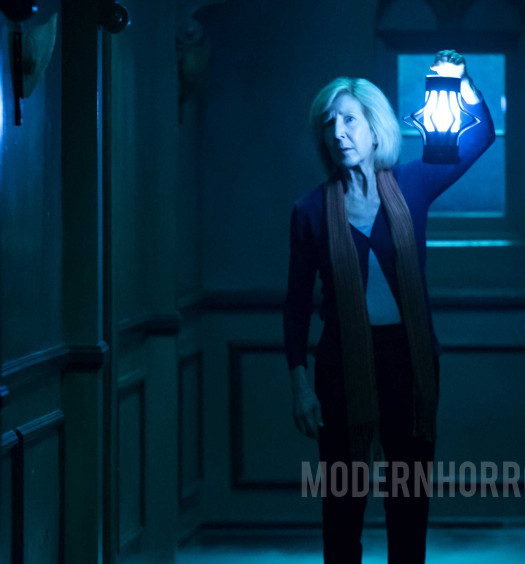 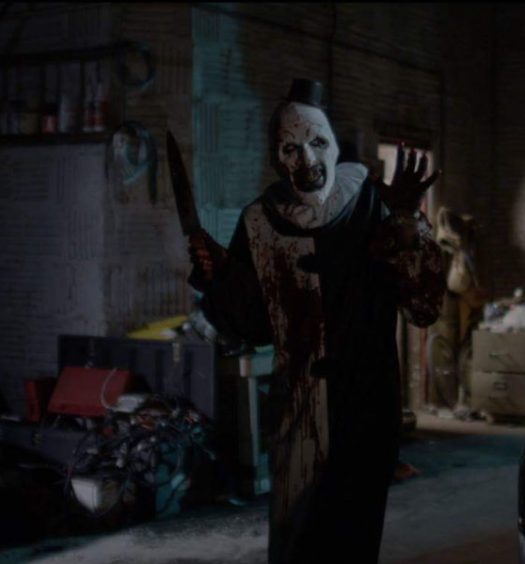