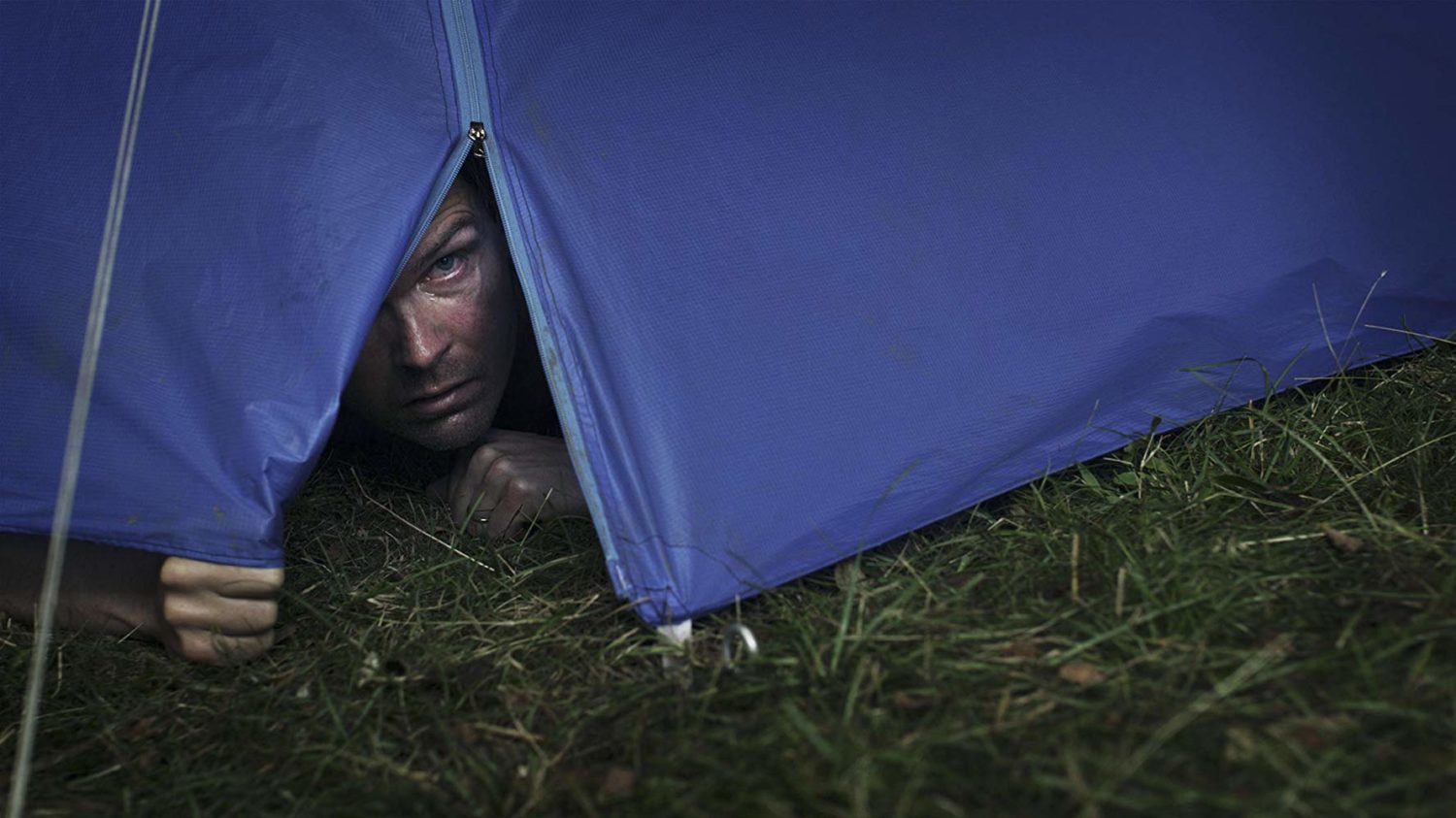 Swedish director Johannes Nyholm’s haunting Koko-di Koko-da has been on my radar since its screening earlier this year during Fantasia International Film Festival. I wasn’t able to see the film then, so I immediately added it to my must-see list when it was announced on the Fantastic Fest roster. Having now seen the film, and I can say without reservation that it was worth the wait.

Beginning in an idyllic forest, strange figures appear almost like phantoms in a half-remembered dream. One is an older man, dapper in a white suit, whistling and singing a song that will wedge itself in your memory. The second is a tall, dark-haired woman whose sharp features portend her frightening nature. The last is a large, imposing simpleton, who carries a dead white dog. Though they travel to the tune of an innocuous children’s lullaby, they carry an air of menace.

a recurring nightmare, punctuated by moments of grief-tinged beauty and gut-wrenching terror

The scene abruptly changes, introducing us to Elin and Tobias, parents of young Maja. The three are enjoying a holiday together. Their faces are painted to make them look like rabbits. A shared meal turns into a shocking tragedy, before the narrative jumps forward in time.

Elin and Tobias, years older and frayed around the edges, are on holiday again. They’ve planned a camping trip, but their travels are punctuated by arguments. For anyone who’s been in a relationship that has passed its expiration date, their difficulties will be all too familiar. Their bickering leads to Tobias choosing a less-than-ideal campsite.

Soon these two disparate threads are woven together, leading to a recurring nightmare, punctuated by moments of grief-tinged beauty and gut-wrenching terror. After the setup, Koko-di Koko-da becomes something of a waking nightmare. Cycles of grief, loss, and violence repeat—and though Tobias and Elin learn from their experiences, the antagonists are always three steps ahead.

plumbs the depths of grief with a singular vision

There are moments in Nyholm’s film that may be difficult for some viewers; think of the provocative approach of directors like Lars von Trier and Michael Haneke. But though those comparisons are apt, they’re also a bit reductive. There are also sequences highly evocative of David Lynch. Portions of the film employ animation and shadow puppets, and are both heart-rending and beautiful.

Koko-di Koko-da walks a difficult tightrope, balancing surrealism, nihilistic humor, and gripping violence. Like Ari Aster’s work, it plumbs the depths of grief with a singular vision. For horror fans looking for a different twist on the killer(s) in the woods, Nyholm’s film is highly recommended.

Koko-di Koko-da had its Texas premiere at Fantastic Fest on Sunday, September 22nd. It has been picked up by Dark Star Pictures for distribution, opening in LA and New York in November with a national release to follow.