Making its world premiere at Fantastic Fest on September 22, The Void marked a departure in style for two members of Astron-6, Jeremy Gillespie and Steven Kostanski, a group known for lower budget horror comedies. The impressive, practical effect driven creature feature is a pure visual assault on the senses, and invokes that ‘80s nostalgia that horror fans have been missing (review).

After the premiere, we sat down with Kostanski and Gillespie at the fest to discuss the difficulties of making this project, it’s surprising ties to the fest itself, and more. Read on:

At the Q&A after the premiere, you mentioned film was just finished just Tuesday.
Jeremy: Tuesday.

That’s insane!
Steven: Well, we’ve been working on it for a very long time.

Where did the idea start?
Jeremy: We were just talking about the kinds of movies that we liked, and I think we started brainstorming about that. It sort of started with that image of the pyramid. It kind of grew out of that. I think we sort of had the idea of the tone of the movie that we wanted. I don’t know, it just grew from there.

I know you’ve said it’s a departure from previous works, but I see a lot of similarities with Father’s Day. Could it possibly exist in the same universe?
Jeremy: Sure.

Steven: I mean, people can read whatever they want into it I guess. I don’t really feel the same way; I feel that it’s in a pretty unique space compared to everything else that we’ve done. I guess it goes off the rails in similar fashion, but that’s just how we like movies in general. We want the movie to end when at the start of the movie you had no idea that it would reach that point. Like it needs to be so polar opposite at the start of the movie and it needs to be such a crazy escalation.

Jeremy: I feel like that’s the one thing that we always try to do, is start kind of small and then end big.

It does definitely do that. Who designed the creatures? How did you come up with the creature designs?
Steven: The concepts came in the script. Initially Jeremy and I discussed a lot of how we wanted these creatures to look and behave, and from there we had artists do designs and renderings of all of the creatures. A lot of times multiple artists doing drawings of one creature, and then we kind of pick and choose what we liked. On top of that we would have our effects artists chime in on how we’d actually achieve these creatures because that would dictate some design elements as well. And it was just kind of a combination of all of these things. We never really had any super clear ideas of how we wanted each creature to look, they almost just kind of grew organically out of the different levels of designing.

I know that you didn’t want to hold the audiences hand; you want viewers to draw their own conclusions from the movie, but did you develop your own backstory?
Steven: Oh yeah. Yeah. We’ve definitely got a mythology for the movie.

Jeremy: Yeah, I definitely think all of the pieces are there for the audience to put together, if they want to do that. It’s a weird movie; it’s a bit of an assault for sure. But yeah, I think there’s, just as audience members ourselves, I personally like a movie to leave a lot to the audience. Like make them work a little.

Steven: Yeah, well it leaves you something to discuss afterwards, too, and kind of ruminate on. Instead of just being like, yup! That’s the movie! Leaving a question mark at the end is always a good thing.

You mentioned at the premiere that you often only had two takes to get a shot right. How long does it take to reset? That hallway sequence alone was insane.
Jeremy: Yeah, I mean, that was very guerilla. Like, just keep shooting, just keep shooting.

Steven: Yeah, it got very chaotic on set. And also a lot of it is supplemented by insert shooting. Which is typical for creature effects, where you come in after the fact and shoot tight shots of like, ax going into sacs, or head getting chopped. You try to organize it in a way that all of these little pieces can be done after the fact and you focus primarily on the actors when you’re doing your main shoot. So that’s how it worked for most of the creature sequences.

Jeremy: Yeah, and the nature of practical effects is you usually have just a few useable frames, instead of one shot so you have to get as much as possible so you can cut together a full sequence.

You guys do a lot of work on big features as well, like Pacific Rim, which has a lot of CG work. Was this the most you’ve really dealt with practical effects?
Steven: Yeah, well, working creature effects is different on every movie. Like for Pacific Rim we’re building really large pieces that ultimately amount to like 2 seconds in the movie whereas smaller horror movies like The Void we’re doing a lot more intensive creature and makeup effects.

Timewise that sounds tougher.
Steven: Yeah, with The Void we didn’t have a lot of time and not a ton of money to pull all of this stuff off. So you’re forced to be creative with how you want to achieve the effects. Thankfully we had a team of people who are super experienced and have worked in every possible shitty situation with creature effects. They were able to predict how stuff would go ahead of time and plan for that, and be creative with their execution.

Jeremy: In a way it’s almost harder with a bigger movie to do this stuff, because you’re so beholden to a schedule and timeline. Whereas if you’re just doing it on your own, you can just do anything you want really.

Steven: Yeah, and you have a lot more creative freedom, too. If it was on a big movie, they’d give you the concept art and then tell you to make exactly that thing. Then you go and you do it. It becomes more like a factory and less like an artistic space. Whereas on this you try to give people the space to put their own personalities into the creatures and the effects. Just kind of put a bit of themselves into it, which is what every effects artist wants to do. That’s why you get into it.

What was the most challenging aspect behind The Void’s creation?
Jeremy: Everything.

Steven: All of it. Every step of the movie.

Jeremy: There was no easy aspect. The cast was pretty easy.

Steven: Yeah, the cast was very easy. Very professional. Brought a lot to the table. Super talented, and elevated the movie, for sure.

Jeremy: They were great. Everything else? Difficult.

Steven: We were at a lunch at Tim League’s house, and we were just wandering around his property and just throwing ideas back and forth for an atmospheric, contained horror movie.

Jeremy: Yup! And then cut to years later.

The reception to The Void’s crowfunding was massive, which was impressive considering disappointments with previous crowdfunded practical effects driven horror like Harbinger Down.
Steven: That was one of our concerns with doing something like that, but I think the way we promoted the campaign made it seem unique enough, it removed from what Harbinger Down was trying to do.

Jeremy: Yeah, I think there’s kind of like that hint of Lovecraft kind of world that people were very excited to see on screen. You don’t really get that, that much.

This is kind of like a warped Clive Barker/Lovecraft love child, and it fills this void that’s missing in horror right now.
Steven: That’s part of the intention behind making this movie; you just don’t see stuff like this anymore. I don’t think people take the kind of risk of committing to this kind of mythology and making a serious movie. They just default to being kind of hokey and fun. It would be nice to watch something that has actual dread to it and still has creatures and effects. Just a big spectacle.

But in the horror community, nostalgia is huge. People love nostalgia. And already people were clamoring for a sequel after the premiere.
(Both laughing) Steven: Yes. If people want to give us millions and millions of dollars then sure.

What is next? Is it time to relax?
Jeremy and Steven: YES! 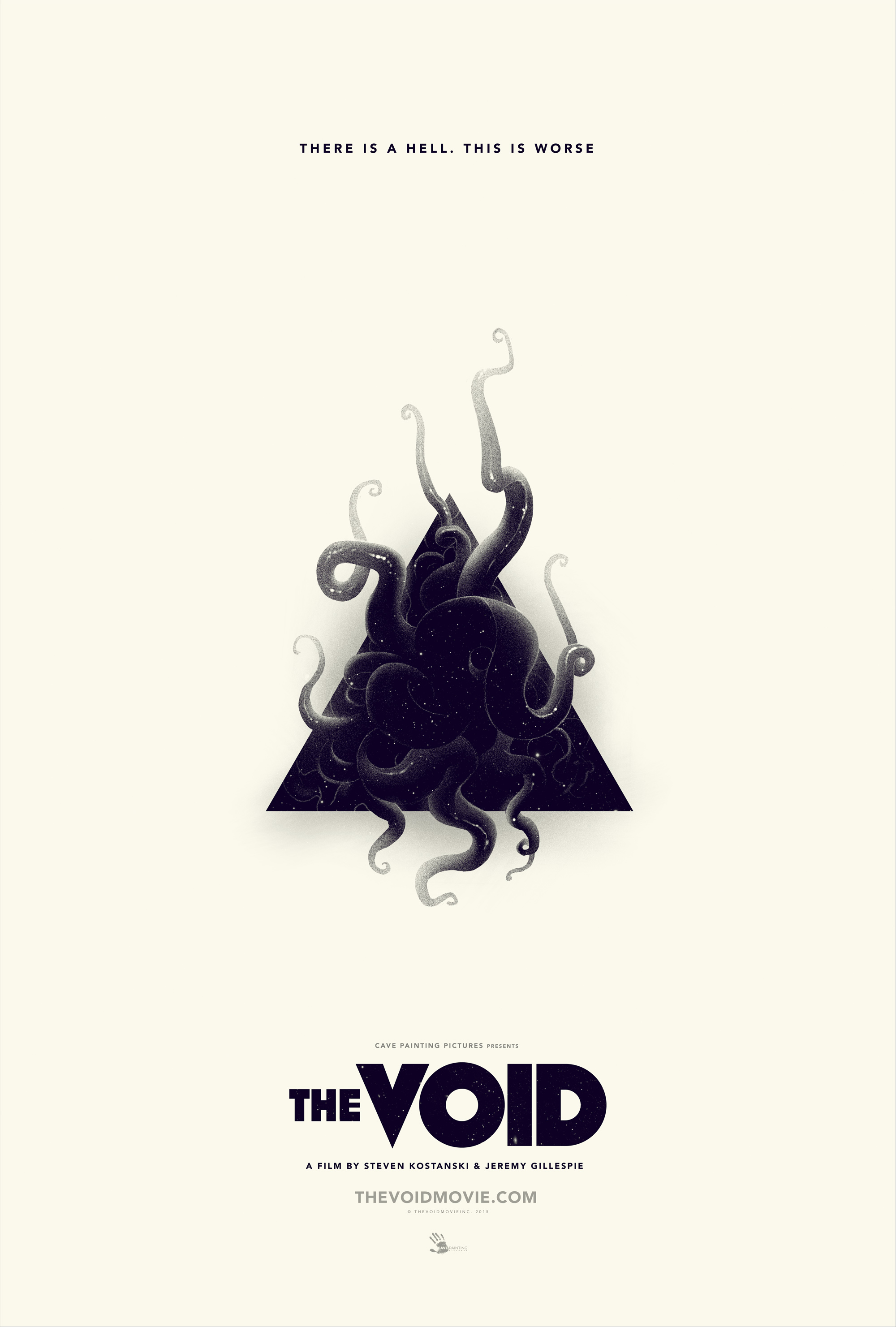 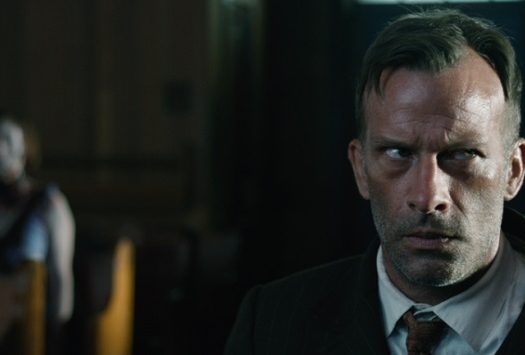 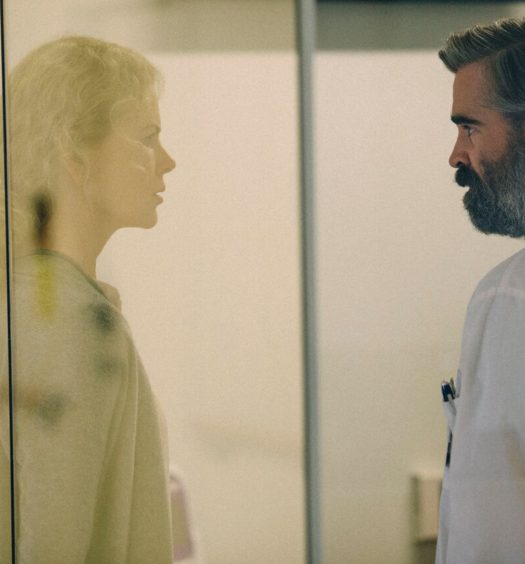