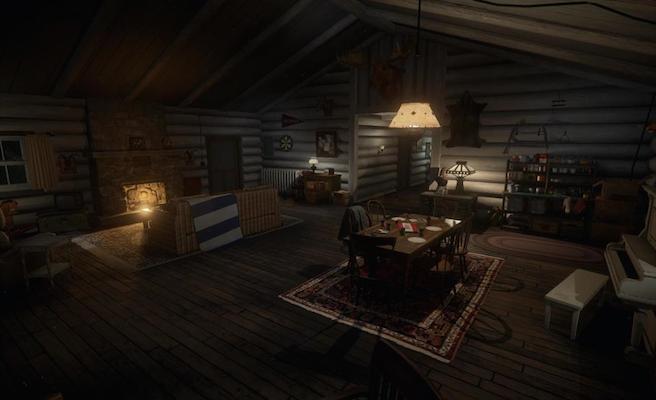 After getting a lengthy glimpse of FRIDAY THE 13TH: THE GAME earlier this week, I was more anxious than ever to get some hands-on time with the title. Lucky for us, the team at Gun Media opened the doors to their “friends and family” beta, and the Modern Horrors crew stepped into Camp Crystal Lake for the first time. Here’s what you need to know:

It’s all about your team.

Friends that stick together, live together.

More so than any other online title that I have played, your level of enjoyment will rely almost solely on who you’re playing with. At it’s best, FRIDAY THE 13TH: THE GAME, allows you to bond with strangers and create a well-oiled machine to outlast or escape certain death. I’ve worked with groups to create diversions while one member fixed a busted phone box and another waited inside for the line to activate in order to call police. I’ve stormed the campsite as Tommy Jarvis and bailed counselors out of Jason’s grasp with a single rifle shot, and I’ve carefully repaired and re-fueled a car in order to make a hasty getaway; forced to leave two of my partners behind due to a lack of available seating.

I’ve had a fucking blast.

In short: I’ve had a fucking blast. But that fun quickly grinds to a halt when you’re dropped into a lobby full of socially awkward rogues that do everything in their power to act solo and refuse to communicate. If this happens with one or two members of your group, it’s fine–let them die–but when you’re the only one playing the game as intended, it just isn’t fun. This is made all the more painful when you’re forced to watch the chaos for up to 20 minutes before the match ends, and you’re awarded your XP points. I’m certain this will be less of an issue when more people get their hands on the game, but it still highlights what could be a real downer if you get dropped into the wrong lobby. There is a wrong way to play this game, and you don’t want to get stuck in that.  I can foresee private matches between friends being the go-to choice for most.

Granted, that’s easier said than done when you’re worried about getting your goddamned arms ripped off, but take your time. Don’t panic. Exploring every cabinet and drawer could make the difference between life and death. Pocket knives get you out of Jason’s death grip immediately while first aid spray can heal your wounds. Flare guns will reveal Jason’s location on the map, and CB radios can call in Tommy Jarvis for backup. There are also weapons, bear traps, and hiding places galore spread throughout the map. This is also how you’ll find the material needed to repair a getaway vehicle. You’ll need keys, gas, and a battery in order to make the repair. This is another reason why communication is vital.

It’s easy to freak out when the ominous music begins to play; signaling Jason’s nearby presence. But keep cool, work together, and you might just make it out alive.

Stamina is your greatest threat.

You might think that the machete-wielding psychopath in a hockey mask is what you should fear most in this scenario, but it isn’t. That’s because your counselor’s stamina is what will keep the majority of you alive. You can only sprint for so long, and once your stamina is depleted, it takes time to catch your breath. These are precious seconds that you simply cannot afford when Jason is on your heels.

When you’re exploring a cabin, crouch and move silently. This will not only stop your stamina from draining, but it makes less noise and greatly reduces the odds that Jason can sense you nearby.

When you see Jason, don’t resort to sprinting first–especially if playing against a “zombie” version of the iconic villain. Only the “human” versions of Jason can run, so use that to your advantage. Be smart, set traps, and try to travel in groups when you can. Remember, this is a horror movie, and it’s NEVER a good idea to split up. If your stamina drains and you’re traveling in a pack, at least there’s a chance that you won’t be chosen to die first.

Fix the phones, and get out.

As a counselor, I’ve had the greatest success rate with repairing the phone lines and calling the police. Doing this will start a 5 minute countdown until the police arrive. If you can survive for those 5 minutes and make it to the police exit on the map, you survive. If you’re playing against a skilled Jason that knows where the police exit is… maybe not.

Getting to play as Jason is a gift. 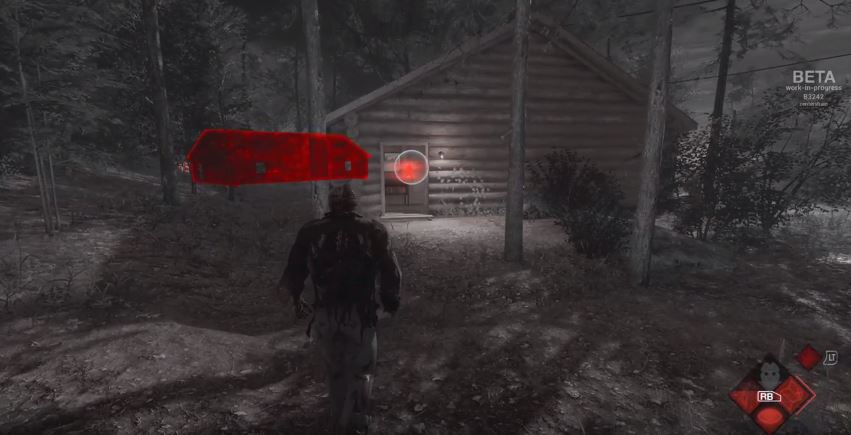 There’s no way to guarantee a round as Jason. Members of the lobby are randomly chosen at the beginning of each round to don the hockey mask. This means that you’re much more likely to be a counselor. But when the horror gods smile upon you and grant you the power, it’s an excellent experience. You’ll crush heads, tear people limb from limb, and saw people in half with your trusty machete.

When the horror gods smile upon you and grant you the power, it’s an excellent experience.

As Jason, you’re granted access to powers such as: sense, shift, rage, and warp. It’s an incredibly powerful set of tools, but they must be earned, and once they’re used, it takes time to build them up for use once more. In this regard, F13 feels quite balanced. Both counselors and Jason alike have a unique set of skills that can be used to their advantage. Jason is powerful, but you’re certainly not guaranteed a victory just by being chosen to play as him. Mind games are important.

Cut the power, break all the windows you can (counselors will be damaged by them when crawling through them in the future), and create fear in any other way imaginable. Simply being near certain character types can cause them to panic based on their stats.

A Horror fan’s dream come true… under the right circumstances.

F13 is a dream come true for many horror gamers. When the gameplay elements come together and you have a solid team on your side, it’s everything I had hoped for and more. But just like in the real world, the human element is one that you cannot account for. Having a game that (for now) is online-only can absolutely work against itself. There’s nothing worse than having your good time ruined by some asshole with an open mic and screaming kids in the background. You could mute them, sure, but then that puts you at a disadvantage from a communication standpoint.

I can’t wait for this to roll out to more people and for strong communities to be built around it. I’ve met some very cool people already that I hope to team up with again in the future, and that’s what this is all about. Creating strategies and executing on a game plan in order to survive. The question is: how do you trust anyone with your strategies when that person could be Jason in the next round? Exhilarating, right?!

These are early days for the game, and the amount of fun that I have already had says a lot about where F13 can end up. We’ve waited decades for a Friday the 13th game that is worthy of the title, and I think we may finally have it.

Stay tuned for more on FRIDAY THE 13TH : THE GAME in the coming days. Have access to the beta? Come play with us! 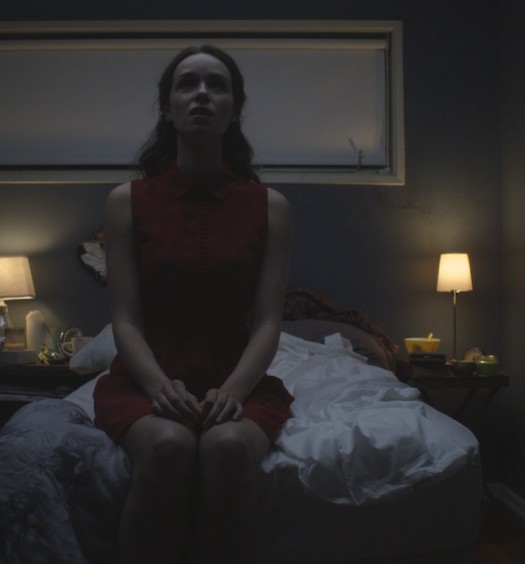 The first rule of understanding.

First Look at Pennywise for ‘It’ Remake