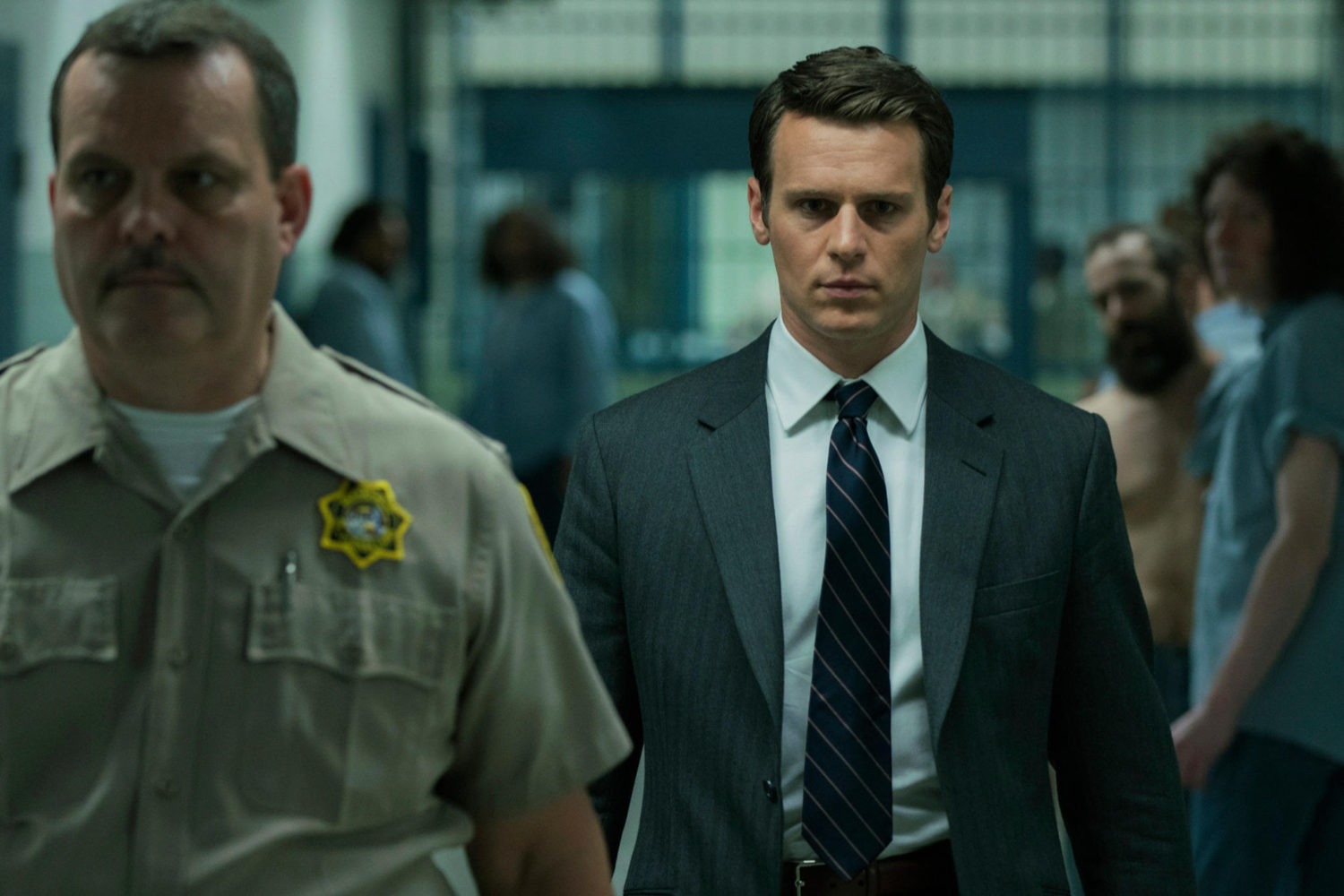 They say that music can soothe the savage beast.

If only that were the case for the depraved serial murderers featured in Director David Fincher’s new series for Netflix, MINDHUNTER. Created by Joe Penhall, the show is based on the 1995 true crime book Mindhunter: Inside the FBI’s Elite Serial Crime Unit written by former FBI Special Agent, John E. Douglas and Novelist, Mark Olshaker. The ten-episode series debuted on Netflix, October 13th, 2017. 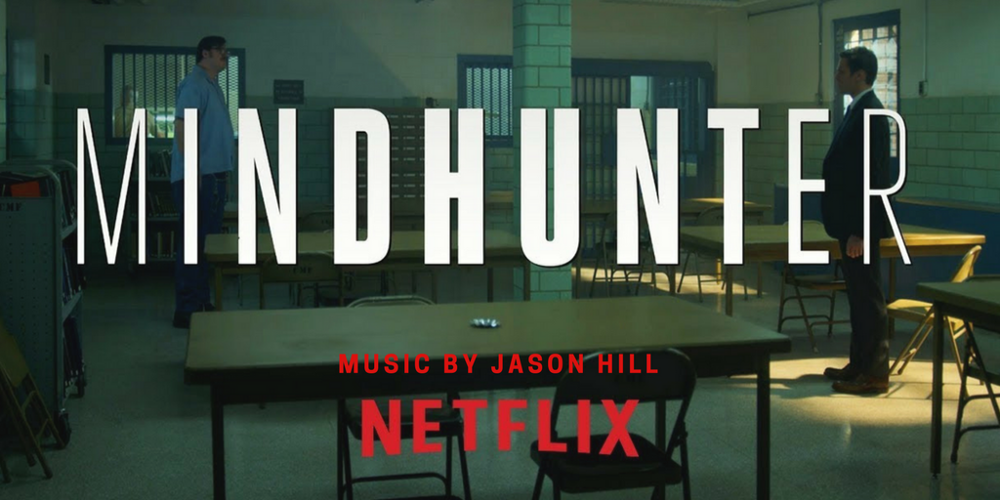 In essence, the series has us bear witness to the transformation of evil. Murder, in the world of MINDHUNTER, has evolved and smart people have begun to notice. It’s the FBI of the late 1970s and J. Edgar Hoover, the resident and controversial patriarch of the bureau has passed away. America is at crossroads. Still a young nation, it is struggling with change at every turn, from politics and population, to sexuality, drugs and of course, crime.

Into this scenario we are introduced to two Agents, Holden Ford and Bill Tench. They are our guides through a landscape that has graduated from stick-ups and muggings to “extreme violence between strangers”. The approach of this malignant cloud of evil has revealed motives for murder that are elusive at best, and at worst, shockingly engineered. MINDHUNTER is not blunt-force television. It is a switchblade pushed through the ribs. And horrors like these require the right soundtrack. 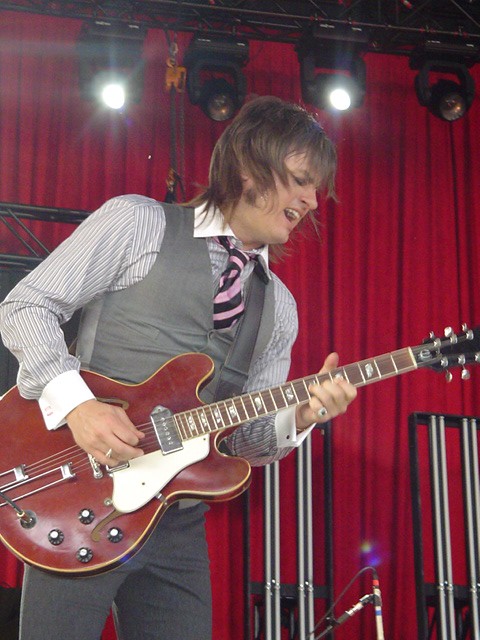 They say that Luck is what happens when Preparation meets Opportunity. In the case of Jason Hill, Lady Luck was named Cean Chaffin. An accomplished Producer in her own right, Chaffin is the spouse of David Fincher, Director of FIGHT CLUB, SEVEN, THE SOCIAL NETWORK and GONE GIRL. Chaffin and Fincher met in the 1990s on a Coca-Cola commercial Fincher was directing and have been a powerhouse couple in film-making ever since. Chaffin was a fan of Louis XIV, a four-EP, three album rock band out of San Diego formed by Brian Karsig, Mark Maigaard and producer/lead singer/guitarist, Jason Hill.

Speaking to me from his studio, The Department of Recording and Power in Burbank, Jason set the stage for how things started: “She (Cean)was a fan,” he shared. “But I’d always wanted to do it. The idea of working on something new, in a realm that had so much to say musically, was exciting to me, but the short version is, they were on vacation and it came from her turning David onto my music”. The music in question came from two bands that defied categorization: Louis XIV and Hill’s follow-up super-band, Vicky Cryer. Both groups mix 70s glam-rock with garage-rock power and feature lyrics by Hill that drip with sexuality, reveling in a noir-like world where Paris debutante meets Sunset Strip.

Gaining altitude from a recent breakup, Chaffin and Fincher’s call to action was the recovery that Hill needed. It was 2014 and his first gig was a song for the psychological thriller, GONE GIRL: “David (Fincher) has these very focused ideas. He wanted to have the song, ‘She’ by Charles Anzavour, that was used in the film NOTTING HILL; a really syrupy vanilla version that Elvis Costello did. It was very famous, in the big scene at the end, but he wanted something different, so he asked me”.

In hindsight, Fincher’s plea for something different foreshadowed what was to come for Hill and MINDHUNTER. “It was perfect timing for me” said Hill, connecting the She song to fresh wounds of his own. “The song is about codependent relationships, but the version everyone knows was like, ‘She is this Goddess in my life’, that was the idea. But really, the song is this ‘can’t live with her, can’t live without her’ kind of a vibe. It’s this relationship that shouldn’t exist. I was able to pour all of that into this thing”.

Recognizing the hazards of love in lyrics others might play over wedding vows was perfect for GONE GIRL, the story of a disintegrating marriage between two people who are separated by mystery and eventually reunited, the stains of fresh blood on both of their hands. Featuring Richard Butler from The Psychedelic Furs on vocals, in Hill’s hands, there was now a theme song for treachery.

After GONE GIRL, Jason and Fincher hit it off. What came next was eight months of work on Videosyncrasy, an HBO production about the music-video industry set in the eighties. Unfortunately, HBO slammed the brakes on the series, leaving Hill stranded on the launchpad, rockets idling. “It was a drag for me. I wasn’t like other people in film and TV going from just job to job to job. For me, this was my first real embarking into composing and it would have been incredible. I mean, I’m working with David Fincher, who is amazing and in many ways a mentor to me, and everyone else is like, ‘Oh, we’re on to the next gig’”. Luckily, like any good mentor, Fincher recognized Hill’s dedication and hard work and restored the countdown. 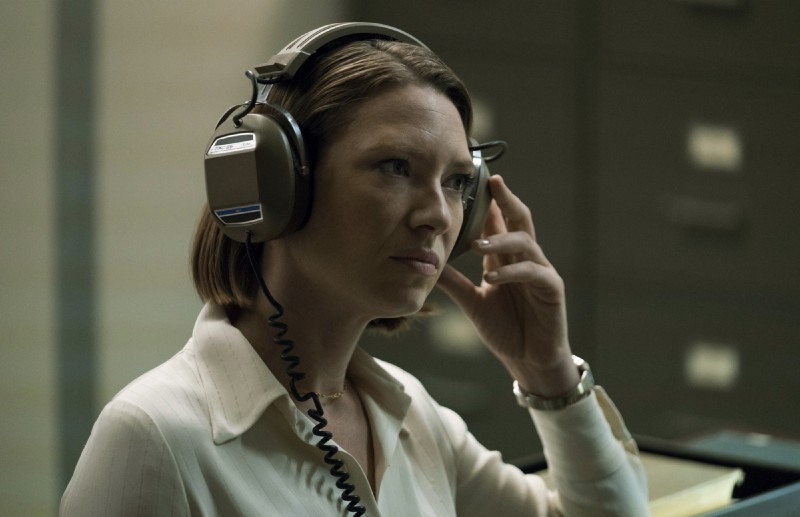 “This is the show I really wanted to do. It was darker. I was in a darker mood. I wanted to do darker themes, darker soundscapes. It was fun doing the 80’s thing, but that was specific. This was open. I could define the sound from scratch. No rules. My own sounds.” The idea of scoring an entire series for Fincher was daunting, but Hill felt not just prepared technically, but ready to bring freshman originality to a show about dark discoveries. 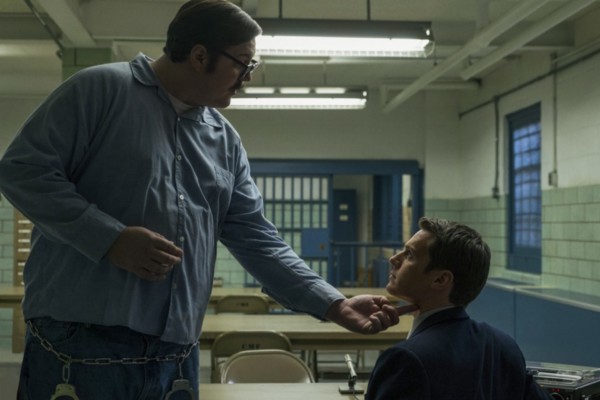 After all, the characters of MINDHUNTER, however radical their methods seemed at the time, were the first explorers of serial horror. “It made me have to dive into a whole new world and language I didn’t know anything about, other than being a fan of film,” Jason shared. “I had to learn a whole new set of tricks. And with David, we had a very quick kinship. I understood what he was into.” Original thinking like this would eventually fit perfectly for a show about the deepest recesses of the criminal mind. After all, the FBI agents in MINDHUNTER are desperate to define the obscure. They are trying to categorize evil and evil proves elusive. Shouldn’t its soundtrack do the same? 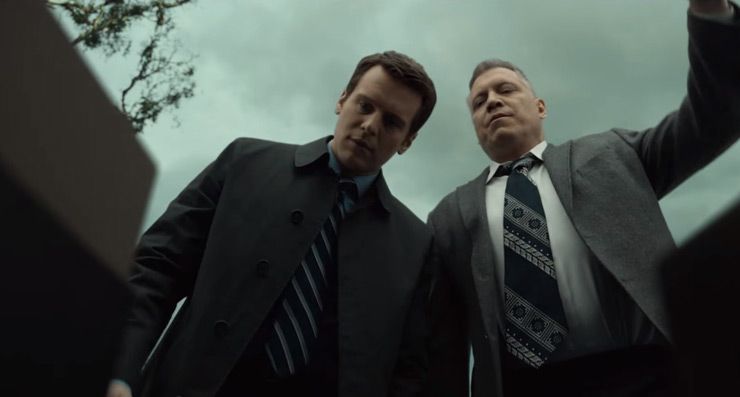 Whether dark or light, forces may have been at work for Jason, since he “knew what the sound would be,” elaborating, “When I first sat down at the piano, I started playing it in a way I’d never played before. The flavor, the color came almost instantly for me”. One of those flavors came from wine glasses. “At first I just raided the cupboard, but then I bought a bunch of crystal wine glasses, filling them with water and setting them up and tuning them all to work like a piano, eventually taping them to a keyboard stand where I could nudge them and literally bend the sound”.

Inspiration from Fincher helped advance Hill’s homemade ingenuity. “I learned early on that things like a simple piano, Fincher doesn’t like it. He wants it to sound otherworldly and that pushed me to kind of make everything almost not understandable, to stay away from ‘Oh, that’s piano, that’s a guitar’. Instead, I would build these soundscapes and play them as if they were an instrument, in many cases involving more than one note. I would spend a lot of time building these sounds, but once I had that, it was very improvisational with me reacting, being very spontaneous”. 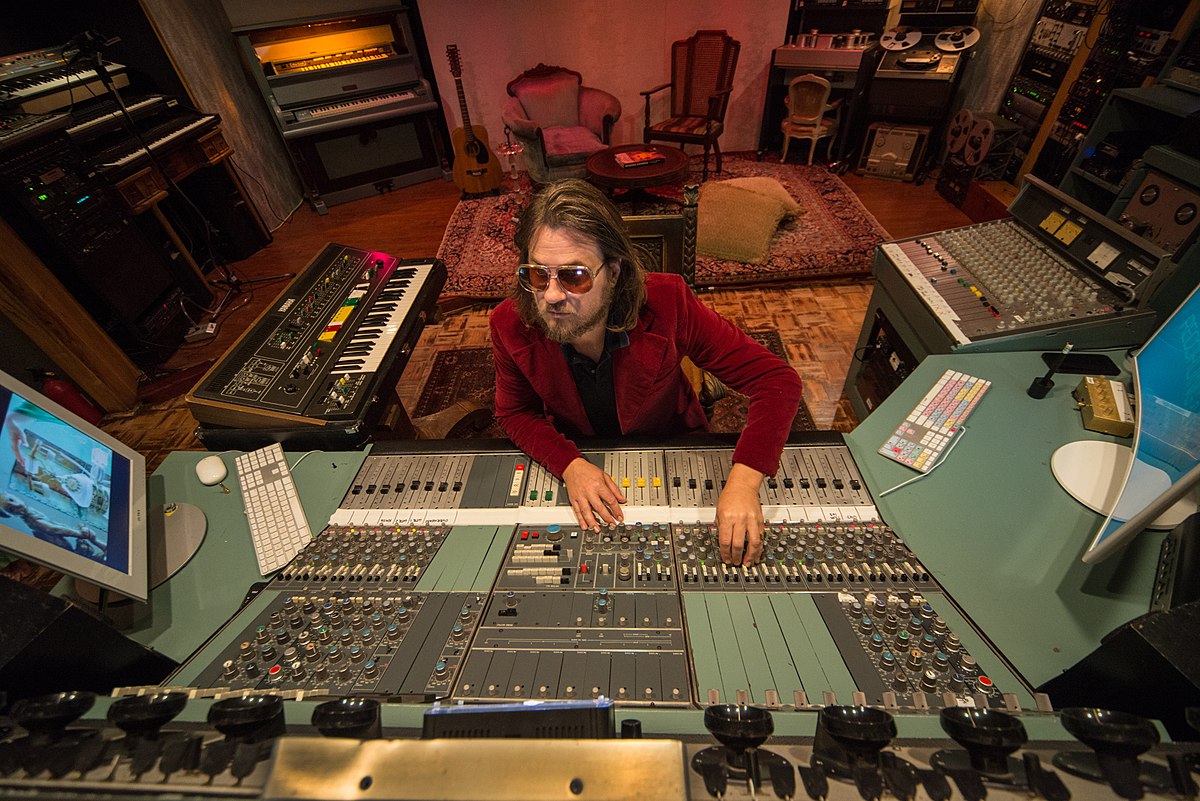 The effects are noticeable in MINDHUNTER, where a multitude of sounds merge, dive and heartbeat through the story’s darkness, offering as Jason puts it, “weird combinations that I’d never tried before, in order to provoke a response”. Consciously or not, Jason admits inspiration from some of his favorite films of the 1970s, most of them left-of-center, fatalist gems like KLUTE and THE PARALLAX VIEW. The moods they inspired, combined with talent, drive — and a little wine — even led to the loose, watery and foreboding piece that became the main titles of MINDHUNTER, which surprisingly took just twenty minutes to create. “Sometimes, the ones that come really quick are the most inspired,” Jason shared. “They’re raw. They go along with my philosophy on music because you don’t really know where they come from. They’re unknown and it’s in that divine-ness, that bigger thing that makes you realize there’s more out there than we understand and you tapped into it”.

Over a season of MINDHUNTER the agents of the FBI’s Behavioral Science Unit unearth the darkest parts of man’s nature and attempt to profile those shadows into a process, one that can be identified and hopefully, prevented. Those first steps into the cave of Man’s horrors required the right mist to accompany them, and by all accounts Jason Hill seems to have conjured it. With Season Two of MINDHUNTER ahead of him, Hill is ready to cast more spells. “I want to do something completely new for season two, but still live in that same world. What’s exciting is the improvisation, and for me, what I love about music, is there’s an element of discovery, like turning yourself on”. 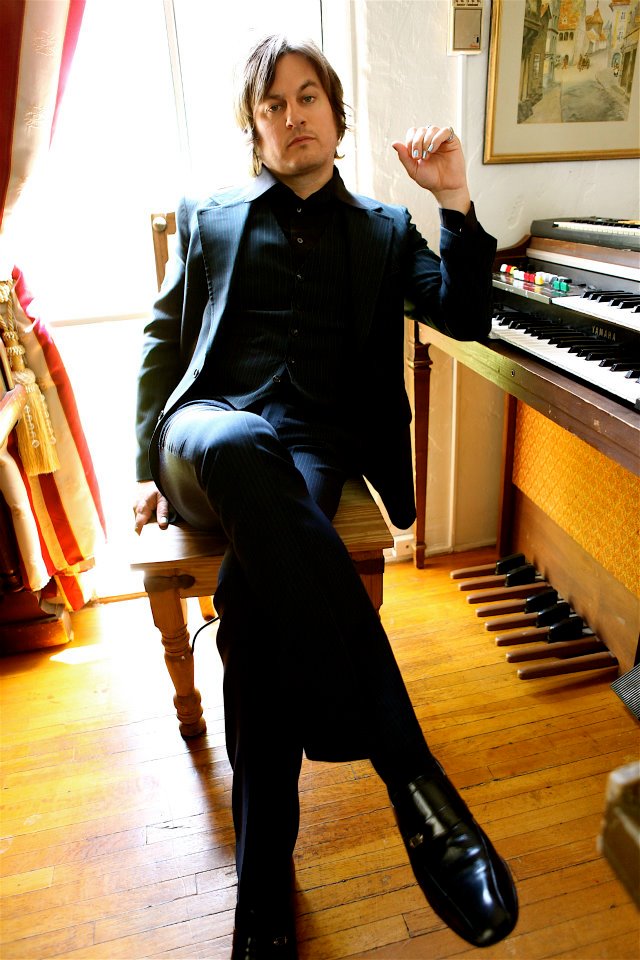 As is usually the case with any form of discovery, there’s hesitation, resistance, triumph and a little fear. As they most assuredly did for the real FBI agents of MINDHUNTER, emotions like these fuel both their fact and our fiction. Serial killers still plague us, but thankfully we now know much more about Why they do. David Fincher, Jason Hill and the creators of MINDHUNTER have shined a light on a horrifying subject we never tire of examining: Murder. It’s a path of discovery that may never reach the finish line, but in MINDHUNTER’s case, it’s at least a journey we can make from our living rooms.

Jason Hill’s original soundtrack album for MINDHUNTER is available digitally on iTunes and from Milan Records. It will be released on CD in December.

Synopsis
In the late 1970s two FBI agents expand criminal science by delving into the psychology of murder and getting uneasily close to all-too-real monsters. 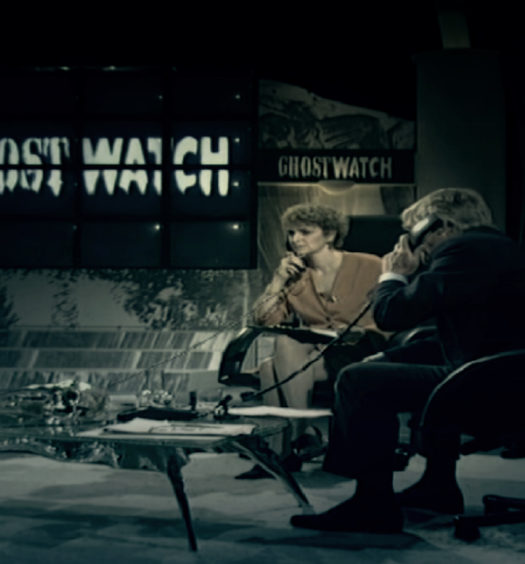 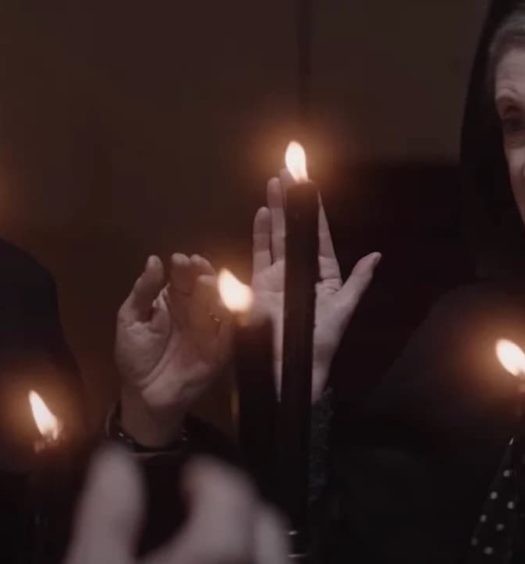