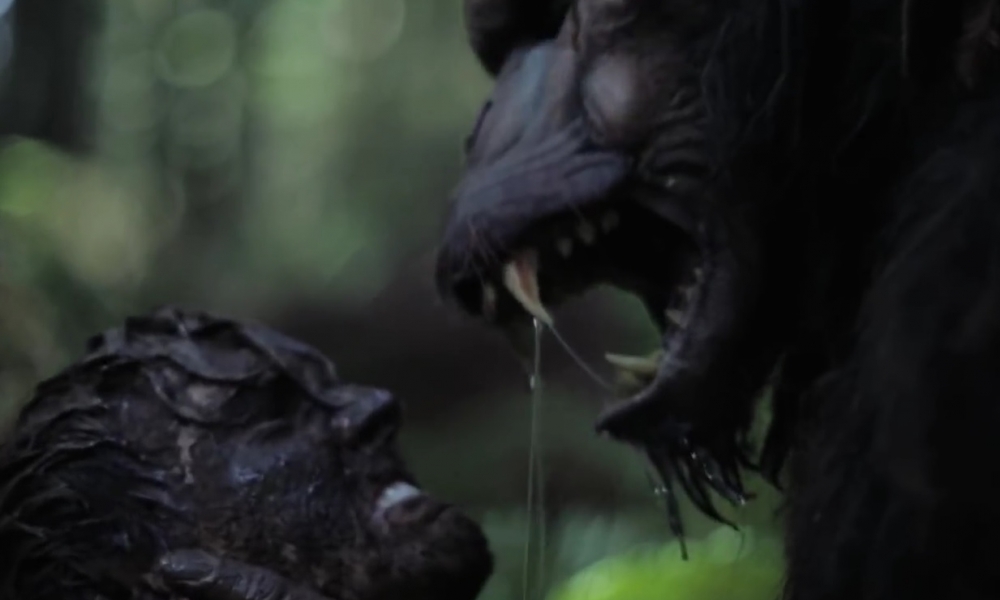 Not to be confused with the 90’s era ‘street fighter’ clone, or the late 80’s first draft of 28 Days Later, Primal Rage marks the directorial debut of accomplished special effects artist Patrick Magee. With a lengthy career on special effects, makeup, and creature crews, Magee worked on major blockbuster films like Sam Raimi’s Spider-Man, Jurassic Park III, and Alien vs. Predator. Fittingly, Magee adapts the skills he learned on past creature crews to make his first turn in the director’s chair a tour de force, with creature design and practical effects that rival the best of the big budget movies going today.

The film follows our main leads, Max and Ashely, reuniting after Max’s year-long stint in a state penitentiary. Their misfortune continues as they wreck their car and get lost in the forest, ending up at the mercy of an ensemble of hunters with questionable motives. However, a much bigger danger awaits our heroes, as “Oh-mah” (a bigfoot-like creature of local native american lore) stalks the group from the shadows, eager to defend his territory.

However, despite sounding like a set-up for a stereotypical Sasquatch creature feature, Primal Rage takes more of its influences from modern slasher films. After all, Oh-mah is no ordinary bigfoot. In either a brilliant subversion of creature-feature films, or a top-notch blending of subgenres, a good chunk of the movie is essentially Friday the 13th if Jason Voorhees was Sasquatch. The film largely follows the standard slasher formula, as our characters develop into either heroes that survive to battle the killer to the end, or generic asshole killer fodder. We’re also treated to numerous POV shots as Oh-mah stalks the group and begins to take them out one-by-one.

The weakness in the film, if there is any, lies in the human performances and story. Both slashers and creature features typically share a common problem: the movies tend to drag whenever the killer/creature is not on screen. Here, however, cringe-worthy dialogue combined with awkward performances tend to break that monotony in a way that somehow feels both intentional and amateurish at the same time. The story also takes a few convenient turns for the sake of the plot, almost as if Oh-mah read the script and distinguishes our leads from the supporting cast. The film also features a very serious, dramatic, well-written score that feels almost too good and out of place in a movie about a killer bigfoot taking out characters with names like Critter, Lefty, and Nickel Pete. But, let’s face it, you don’t buy a ticket to Primal Rage for the story.

This movie excels in the one area where it absolutely must: 100% sasquatch savagery! Much in the same way that Jason defends Crystal Lake, Oh-mah defends his (or her?) forest with the utmost brutality. Overall, Primal Rage delivers a satisfying body count and creative kills in ways that you’d never expect from a bigfoot movie. 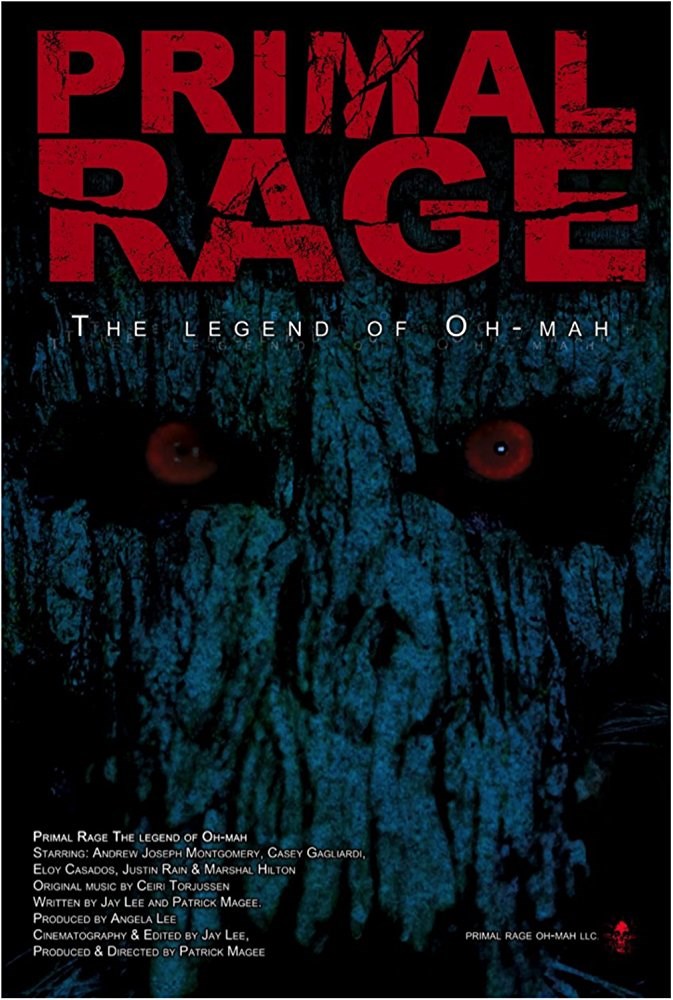 Strong creature and makeup effects drive this slasher/creature feature mashup, more than making up for sub-par acting and story. 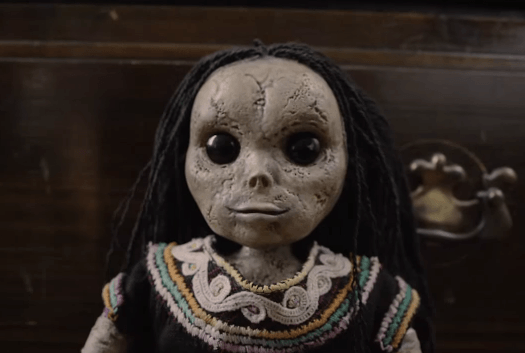 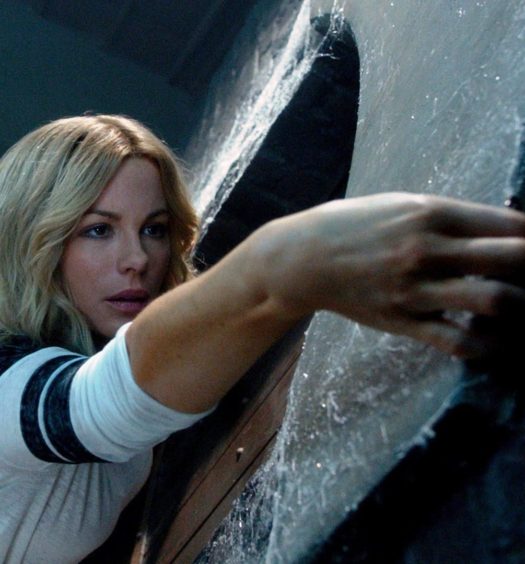