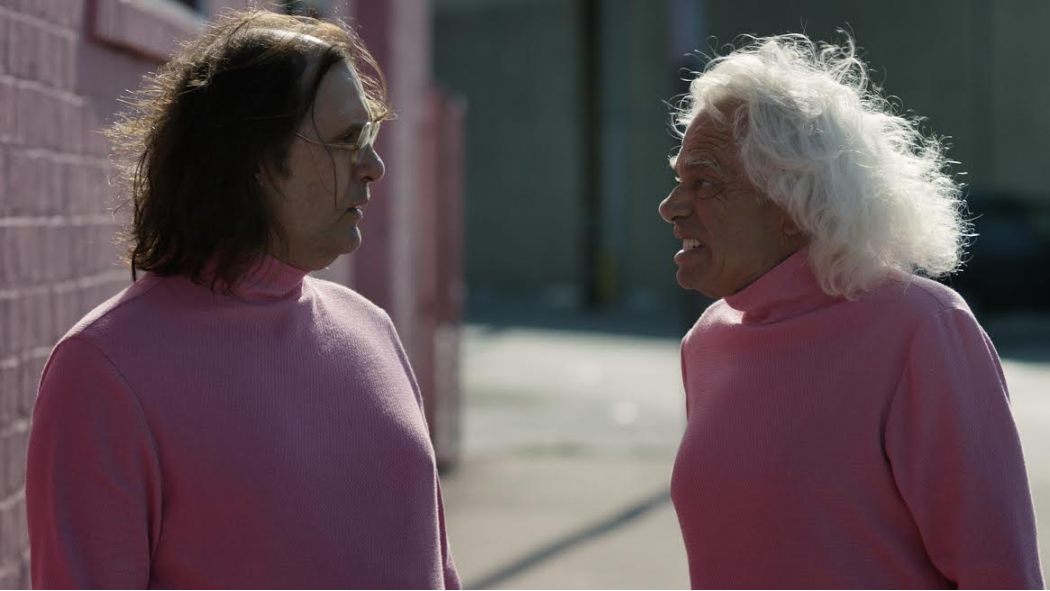 After attending a screening for Jim Hosking’s debut feature (review here), Modern Horrors had the opportunity to sit down with director Jim Hosking and lead actors Sky Elobar and Michael St. Michaels at the SXSW Film Festival. Producer Ant Timpson sat in on the interview as well.

As expected, the Greasy gang were extremely funny.  They were also very warm and down to Earth. Check out our chat below for some insights on the creation of one of the most bizarre, yet highly entertaining films in recent memory:

Modern Horrors
This is a completely genre-defying film, how did the story originate? Did you have a specific genre in mind?

Jim Hosking
I didn’t really have a genre in mind, but I suppose to me it’s like a comedy. But, obviously, wanting to create a comedy that is unlike most comedies so that it feels like it’s a challenging comedy. Because it’s so funny. Can you deal with the humor levels?

Modern Horrors
You were really pushing the envelope.

Modern Horrors
Was there ever a point that you worried you went too far?

Jim Hosking
Uh, yeah. Yeah. Yeah. But then I also thought that it should be a challenge for me as well. There were times where I felt like, if I didn’t know whether something was too extreme then I always thought I should go with it rather than pull back. I want to know how far you can push something. How uncomfortable can something feel?

Modern Horrors
The chemistry within the cast is great. You completely go for it and give it 100%. How did you get involved?

Michael St. Michaels
They fixed it in post production.

Jim Hosking
I knew both of them previously, actually. I’d worked with Sky before on a couple of short films. I think the key to the casting for me, was that there would be a really endearing sweetness to the characters. So even if there were being really selfish or spiteful that you would still end up liking them, hopefully.  That’s what I thought would be most interesting with the film, being very sweet while being quite challenging.

Michael St. Michaels
When I read it I thought he caught more of me than I thought he did. It made it a lot easier for me, to be me. Because I am rather wonderful.

Ant Timpson
I want to know, when did you feel most uncomfortable on set?

Jim Hosking
When Michael, who plays Ronnie, was going down on Janet. That was the most uncomfortable. I think that anybody who was in the house at that moment was quite uncomfortable because it was a very long deliberate shot and it sort of required a sort of precision from the acting. It was quite complicated.

Modern Horrors
On that note, speaking of challenging, were there any challenges for you in segueing from shorts to your first feature.

Jim Hosking
Yeah, I don’t think I really realized until after I filmed it. I went into it feeling pretty confident that the script was strong, and there were obviously logistical challenges and the lack of time. It’s hard, you know, trying to shoot something in a deliberate style and economical style. But actually it’s after having shot the film that you then really, really realize what you’ve learned and what to take forward to the next film. There’s a lot I’ve learned so much about it. I really, really have a massive appreciation now for how difficult it is to make a really great film. Before this I thought anyone could do it. (laughs) No.

Modern Horrors
A reoccurring theme for you seems to be exploring the familial relationships, from you short “Crabs” to “G is For Grandad.” Is that something you were trying to expand upon here?

Jim Hosking
No. Not Really. I think I’m interested in relationships and characters, and really exploring the humanity in people in unexpected ways. But no, it’s not really an obsession. I don’t know, there’s an intimate relationship between fathers and sons. Something funny about it. Something sad.

Modern Horrors
Did Sky and Michael have creative input when portraying their characters?

Sky Elobar
Nope! (laughter erupts in the room) We had creative input. A little bit. I mean, we’re playing these characters and I get a say in how exactly I kinda want to be Brayden.

Jim Hosking
But Sky was in our heads. I wrote the script with my friend Toby. We wrote it with Sky in mind for Brayden so it’s written very specifically for him. But I tried to encourage them to express themselves and not be too didactic or too specific, you know? Like there’s a scene where Ronnie dances down the street for example, and Michael will want me to tell him exactly how to do that, and I don’t want to do that but I’ll tell him I don’t want there to be any disco moves at all, it has to feel entirely different from anything we’ve seen, and I just want you to create your own dance that you’re really confident about. Then he went and did what he did.

Modern Horrors
So that was completely improvised dancing?

Michael St. Michaels
Yeah, that was the only improv in the thing, everything else was..

Michael St. Michael
Which makes it easier because you know where you have to go, you know what you have to do. You just have to hope you have the energy to do what is needed. We’re just tools of the director.

Jim Hosking
I don’t know about that. I don’t agree with that. I think there are different kinds of directors and there are some who really impose themselves upon everything and that’s not what I’m trying to do with anybody.

Sky Elobar
That’s not him.

Jim Hosking
I want people to bring their own sensibilities, you know? When you do a casting and the casting director is giving loads of direction to an actor before they’ve even read once, it drives me absolutely mad. I’ll step in and tell them to just not tell them anything. I want to see what they do.

Sky Elobar
You know what else I like about Jim? He says “Forget about the words on the page.” I like that, dude!

Michael St. Michaels
No, you did tell him that because I couldn’t get any of the words on the page.

Sky Elobar
You bring more of yourself to this part then. If you’re all wound up about the words on the page, forget about it then.

Modern Horrors
The Greasy Strangler has been described as “A brutal, stomach churning cinematic endurance test” coming from Sundance. How has it been to see audience reactions?

Jim Hosking
Next question! (laughs) It’s been really fascinating. I’m still trying to get my head around the reactions. It’s not what I was expecting. I suppose I naively thought it was going to be received as a sort of fucked up comedy. A weird comedy. But that it’s been described as “stomach churning” I don’t get it. I grew up in a house where whenever my mom made us anything to eat it was like half of the food was her hair. That’s stomach churning.

Modern Horrors
It’s the grease. And the oil.

Jim Hosking
Yeah, people keep saying that. They were saying “I couldn’t handle the grease.” But it’s like, why?

Sky Elobar
I love grease. I hate hair in my food.

Michael St. Michaels
When I was a hairdresser, if I didn’t find hair in my food I would think I couldn’t afford to be eating it.

Jim Hosking
Did you find it gross?

Modern Horrors
I did. I admit the first time I saw the strangler in full effect it was really off-putting. But at the same time I really appreciated the humor of it. I think it’s going to be really divisive.

Jim Hosking
Definitely. I think what I’ve really enjoyed is that reactions have been really strong. You know, whichever way. I haven’t read anything where someone just seems sort of really apathetic. There’s some scathing words, but generally there’s been some positive stuff. People like seeing something where someone has really gone for it.

Modern Horrors
Speaking of positive, I just read that the film was picked up by FilmRise. So what kind of release can we expect?

Ant Timpson
It’s going to go out theatrically, obviously not wide release, but it’ll go out maybe a 40 screens plus. 40-100. We’re trying to sync with other territories.

Modern Horrors
I can’t wait! Thank you so much for your time, guys! 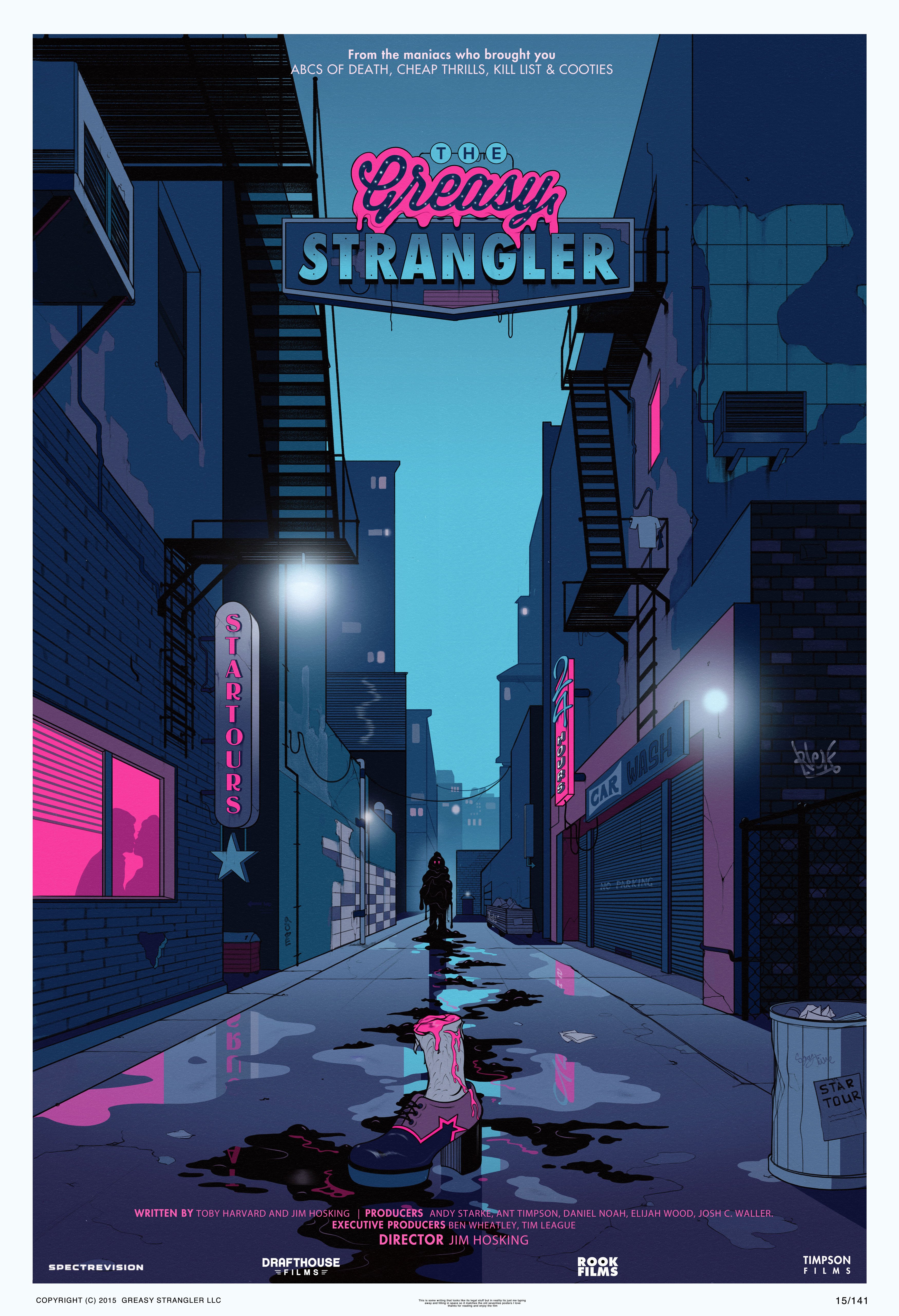 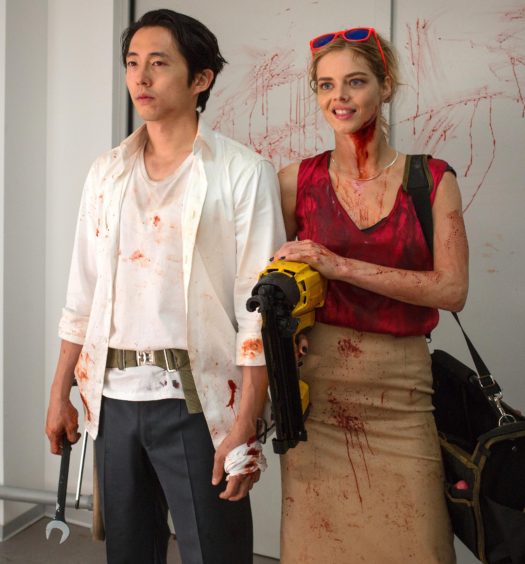 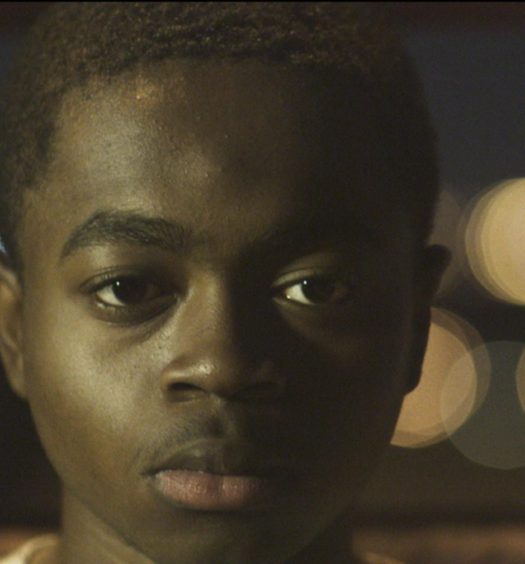