#ThrowbackThursday: The Horrors of the 1970’s

Ah, the 1970’s. The glorified decade that brought us disco, twister, psychedelic drugs, and peace. Of course, peace was far from the focal point when it came to the horror movies of the time. If you fancy yourself a fan of variety, then the 70’s are for you. From possessions to slashers, this span of time had it all. Let’s break down the top 10 horror movies that helped shape the decade. 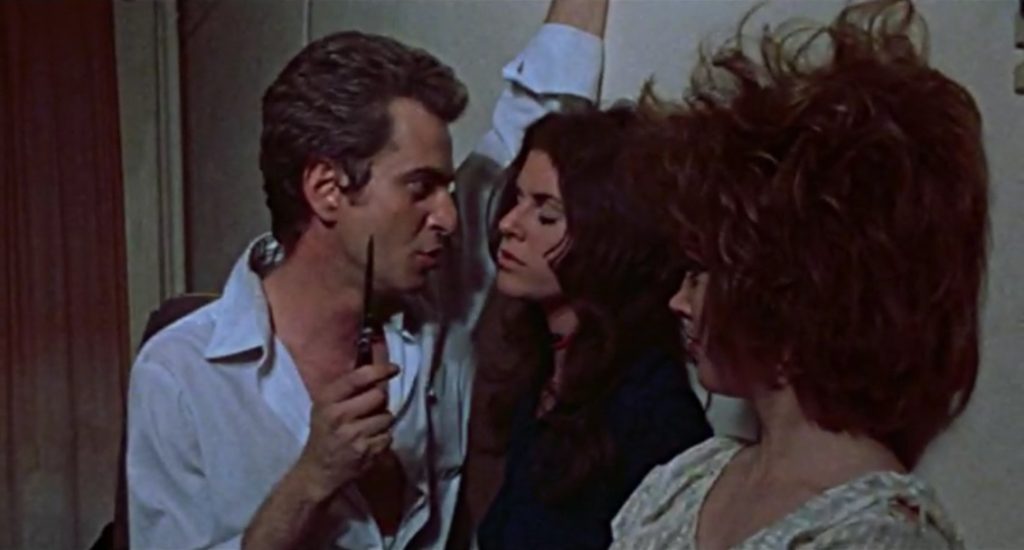 To celebrate her birthday, Mari and Phyllis head out to the city to attend a concert. While trying to score some weed (of course this is the 70’s) they run into Junior; a man who ends up being their gateway into an onslaught of gang rape and torture. Due to excessive rape, sexual exploitation, and violence – this one stirred up quite a bit of buzz and emotion. In fact, the controversy was a bit too much to handle for some countries. The United Kingdom went so far as to ban the film upon release.  A remake was produced in 2009 with slight changes added to the story, but it kept its brutality and forced some of the most hardened modern moviegoers out of theaters . Even today, Wes Craven’s Last House on the Left remains one of the most iconic movies of the 1970’s. 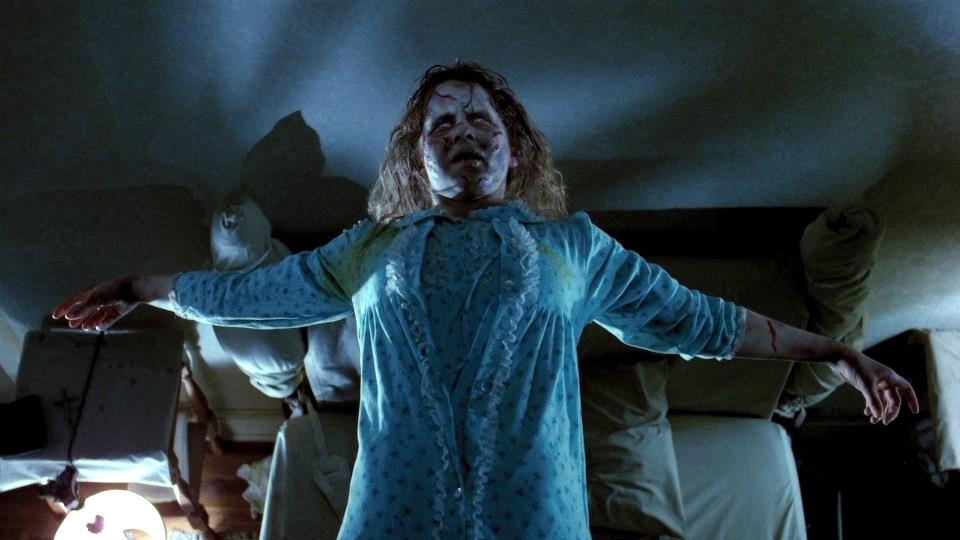 Of course, the film caused a huge uproar with mainstream Christianity. They claimed The Exorcist was nothing more than shameless promotion and glorification of Satan. In fact Warner Brothers hired body guards for Blair to secure her safety for six months. The VHS release was actually banned in the United Kingdom until 1999. Regardless, The Exorcist is widely considered to be one of the greatest horror movies ever made. 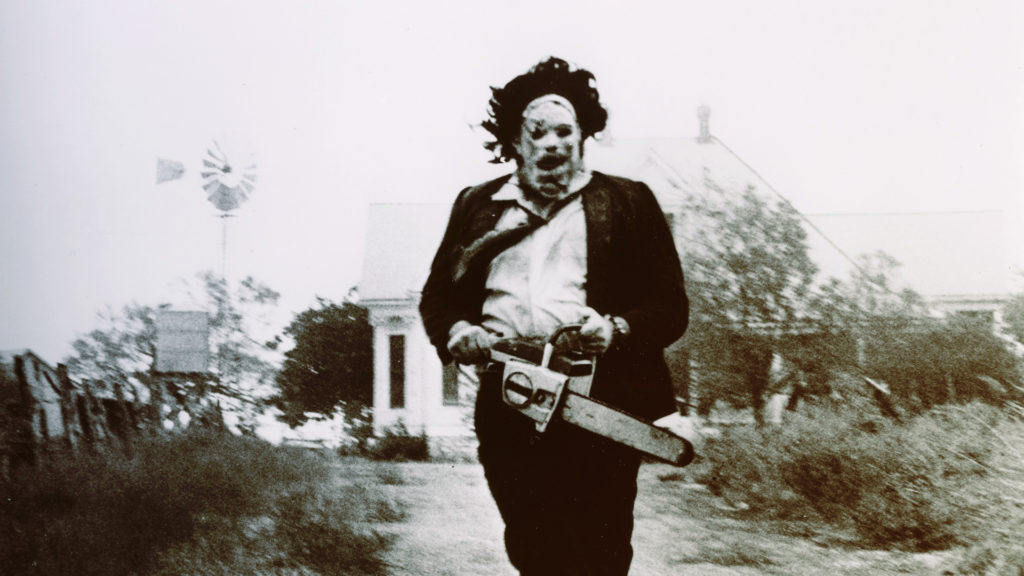 You can argue with me if you’d like, but I consider The Texas Chainsaw Massacre to be the birth of the first ever legendary masked character slashing and dicing young teenagers. Though not as gory as one might think, it was certainly violent in nature. And yes, you guessed it, TCM managed to get itself banned in certain areas of the world. Regardless, it’s not the gore that makes this one terrifying – it’s the realism. Actual human skulls, a shitload of chicken bones, and real world road-kill were all used on set. Even Guillermo Del Toro claims the cannibalistic references in the film caused him to become a vegetarian for four years.

While the film was loosely inspired by Ed Gein – despite popular belief, it is not actually based on a true story. Many sequels, a remake, and sequels of remakes have come and gone over the years, but the original The Texas Chainsaw Massacre is without a doubt one of the scariest movies of the 70’s. 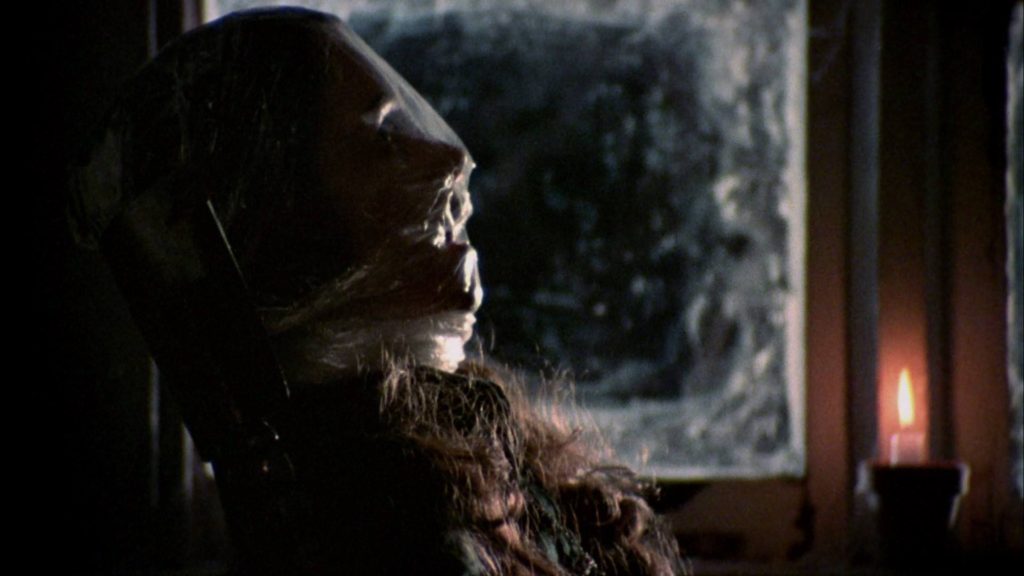 Christmas and horror are probably best described by me as oil and water – they just don’t mix. However, there are certain occasions when it actually works, and Black Christmas is one of those occasions. It follows a sorority house that keeps getting creepy and mysterious phone calls before the the sorority sisters  are murdered one by one throughout Christmas break. It may not the most acclaimed movie out of the bunch, but it’s still a fantastic watch.

Just like many other movies on this list, Black Christmas was remade in 2006. But the remake isn’t the only thing inspired by this holiday horror. It is said that John Carpenter approached director Bob Clark about a potential sequel to Black Christmas. Clark wasn’t interested, but said he did have an idea in mind. It would take place on Halloween night and center around the killer escaping an institution and returning to the sorority house – sound familiar? 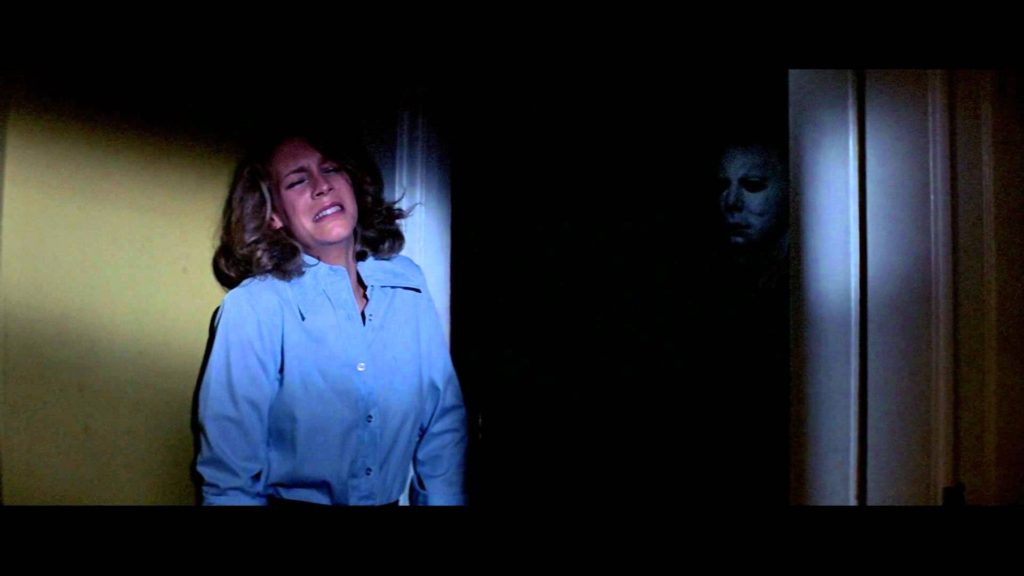 Halloween is THE de facto horror film of a generation. A masked killer (later revealed to be Michael Myers) returns home on Halloween night to murder the students inhabiting his childhood neighborhood. This has got to be John Carpenters master work. Everything about this movie is fantastic. The soundtrack, the cast, the antagonist – everything. After Leatherface, Michael Myers is the second well-known character slashing and cock-blocking teenagers.

Who ever thought a man wearing a Captain Kirk mask would one day be an immortal character on the silver screen? Halloween got many sequels, a remake, and a sequel of that remake as well. If I had to choose a favorite from the 70’s – Halloween is the one. 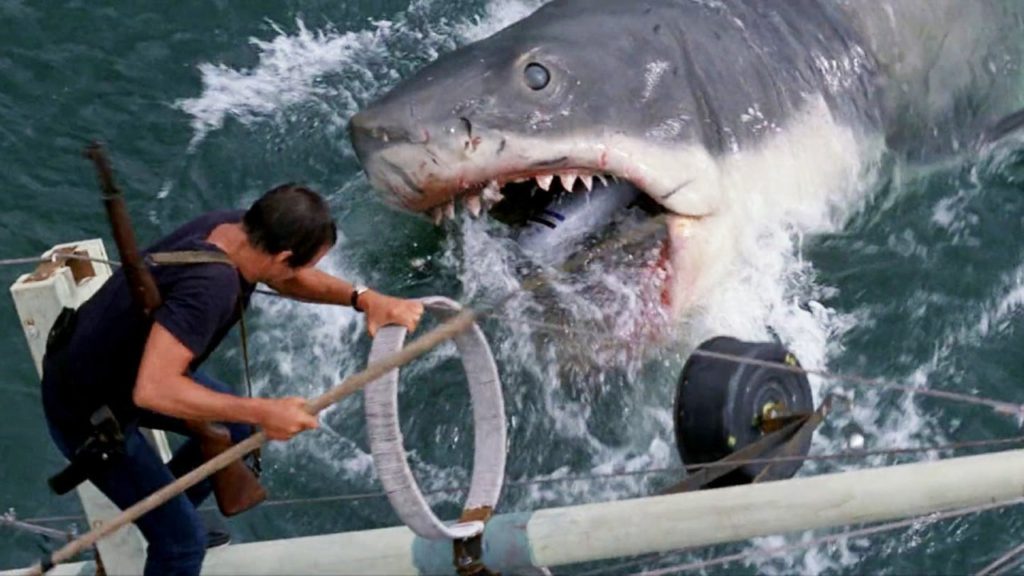 Steven Spielberg has a plethora of amazing movies in his portfolio that he should be proud of. Jaws, based on the novel by Peter Benchley, is definitely one of them. The synopsis for the movie is simple: there’s a Great White shark feasting on delicious humans, and the town police want to shut down the beach against the wishes of the mayor.  A huge budget was put into this one – including three mechanical sharks that cost roughly $150,000 each. I suppose it paid off though – Jaws went on to win three academy award  and even landed a nomination in the Best Picture category. 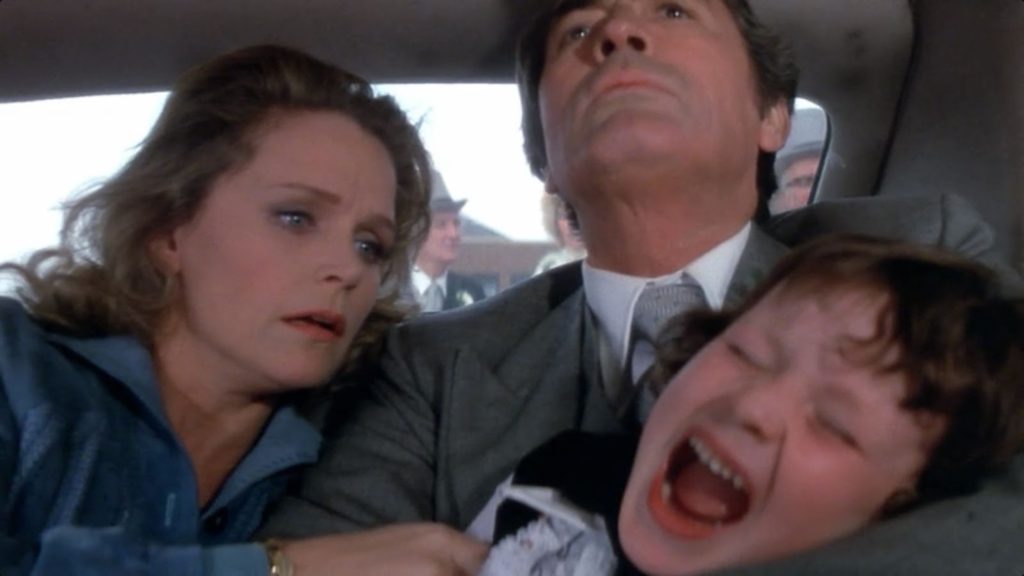 The Omen is all about Damien, the son of the devil who gets adopted into a normal loving family at birth. Strange instances occur when Damien turns five, such as his nanny hanging herself, wild tantrums at the mention of anything holy, and a series of mysterious deaths surrounding the child. To add to the eeriness; A series of unfortunate events took place on the set of the movie. Giving people the idea that the film is “cursed”. If that doesn’t convince you that this is one of the standout horrors of the 70’s – I don’t know what will. 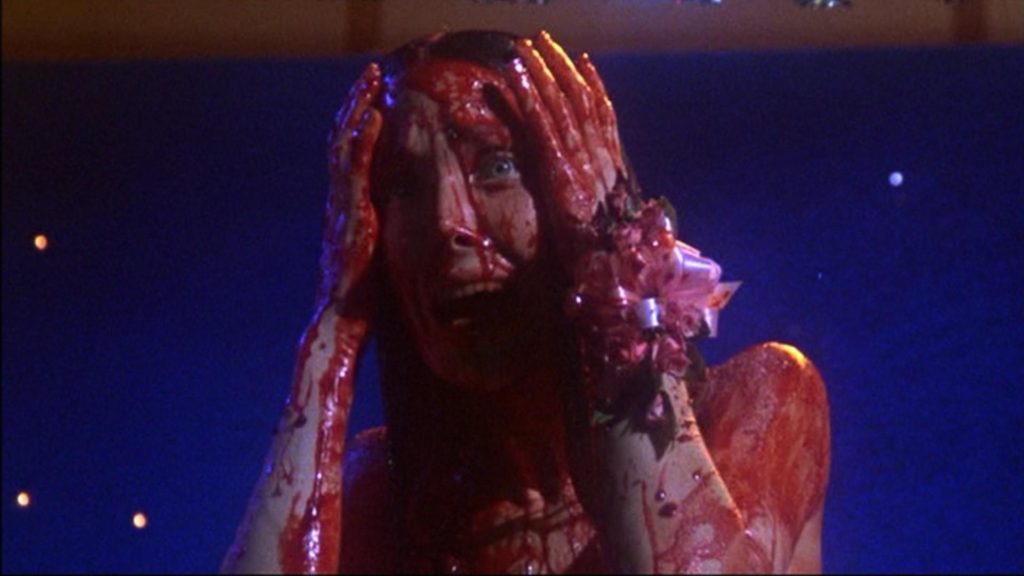 Carrie was the first Stephen King novel to get a movie adaptation, and it might be the first classic horror movie I ever saw as a child…maybe. Needless to say, it holds a special place in my heart. The story follows a shy girl oppressed by her overly protective and religious mother. When Carrie is humiliated at prom, she unleashes her telekinetic power, and everyone is promptly fucked. Talk about teenage angst…

The infamous “pig blood scene” remains one of the most classic scenes in horror movie history. Sissy Spacek played the perfect Carrie, yet she wasn’t even the first choice. Before auditioning, the role was set for another actress. However, Spacek’s audition was so impressive that the role was given to her instead. It’s said Spacek was very much into character even on set. She would keep to herself and even insisted on being the one buried in the final scene. Carrie got a remake in 2013, but we won’t talk about that. 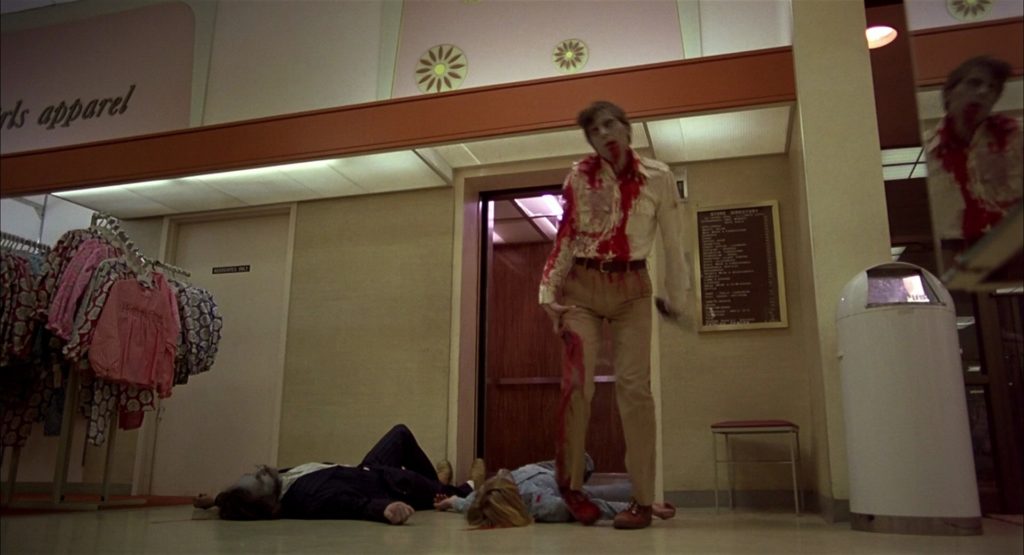 Before The Walking Dead, REC, and 28 Days Later, was Dawn of the Dead. Directed by the zombie master himself, George A. Romero, the movie is about a zombie outbreak and a group seeking refuge inside a shopping mall. It’s full of impressive gore moments by even today’s standards. My personal favorites are comprised of the numerous exploding heads caused by head shots. It’s like a video game.

Like most movies of the 70’s, Dawn of the Dead could not escape a remake. Released in 2004, it was one of the rare examples that proved to be as impressive as the original. Of course, the remakle isn’t the only modern horror that was spawned from Dawn of the Dead – we got Shaun of the Dead too! Thanks 70’s! 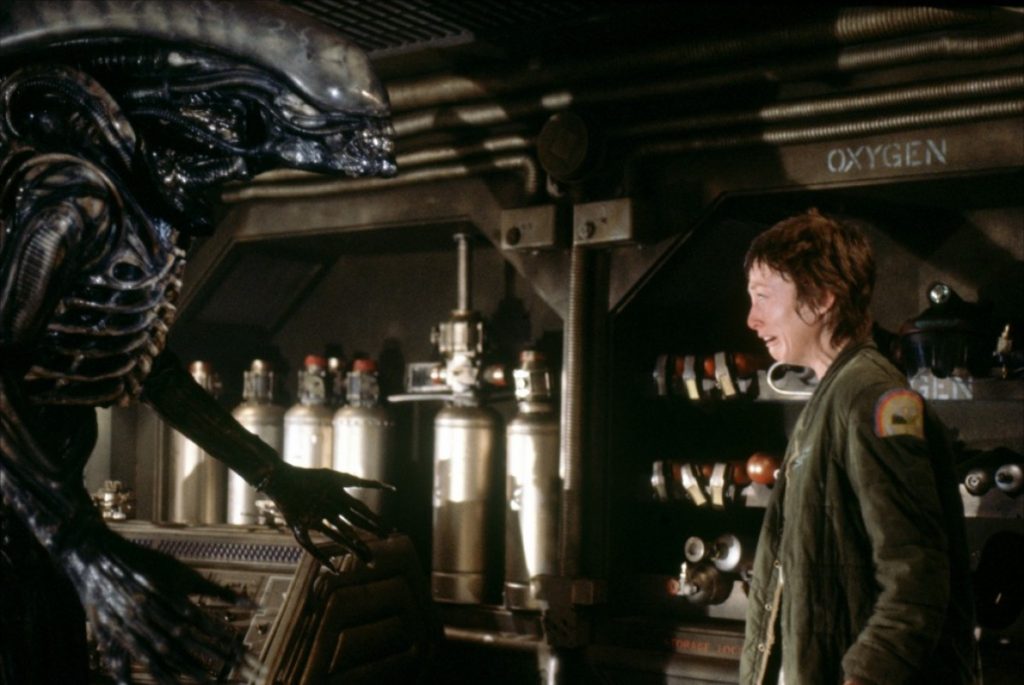 Alien is every bit as relevant today as it was in 1979 – if not more. It follows a crew of seven as they travel on the vessel Nostromo.  The ship ends up taking some damage that will take some time to fix. After a while, the crew realizes the planet is useless and heads back towards Earth only to find out they are carrying more than just humans back with them. With a strong female lead and a countless number of phallic symbols, this movie is definitely different from any other horror movie released in the 70’s.

Despite its unique nature, Alien managed to win an academy award for best effects and was nominated for best art direction. The film spawned a franchise that rallied up four sequels and one prequel. Believe it or not, it’s also rumored to be receiving the remake treatment. Shocker, I know. 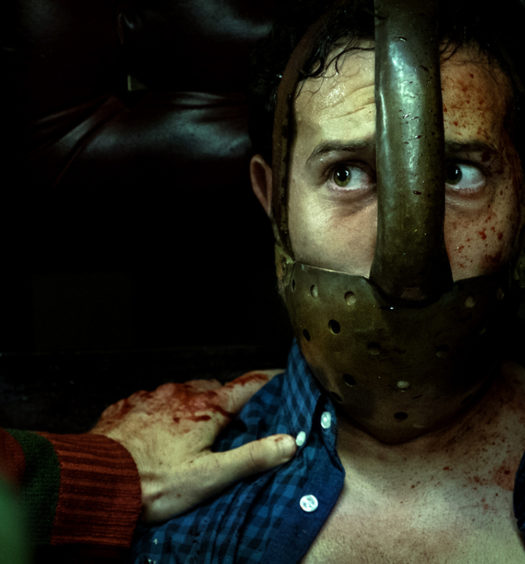 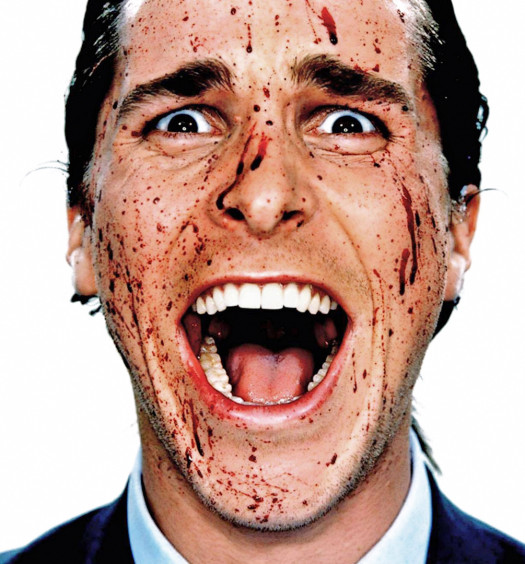