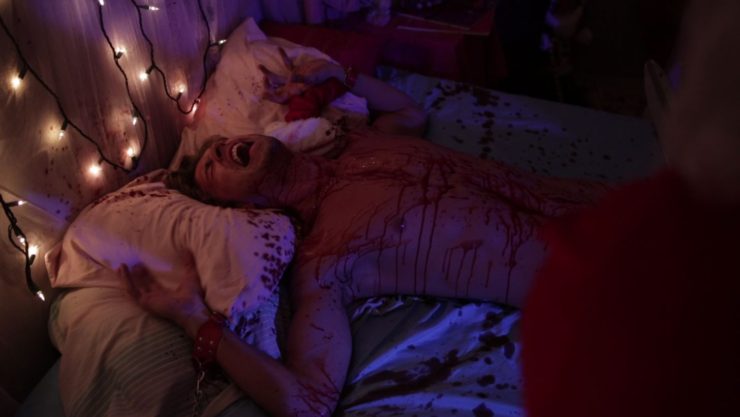 All Through the House [Review]

Many of us look back on holiday horrors such as Silent Night Deadly Night, Black Christmas, or that super creepy episode of Tales from the Crypt quite fondly. After all; there’s something inherently twisted about taking a holiday that is so sacred and beloved by millions and drenching it in bloody mayhem. But as successful as this juxtaposition has been in the past, that doesn’t mean that every promise of a bloody Christmas is a promise well kept. In fact, we’re in a bit of a slump. So is Todd Nunes’ All Through the House a well wrapped present nestled safely under the tree or a charred lump of coal stuffed into your stocking? …It’s sort of both, and that’s a good thing.

All Through the House is a bloody mess–just like they used to make ’em.

There’s been a rash of indie horror over the last several years that almost doesn’t feel like horror at all. At least, not how we remember it. They often consist of crisp visuals and mind-blowing cinematography that have, frankly, altered the genre. This is a good thing; you’ll never hear me complaining about a pretty horror flick. But sometimes it’s nice to get a healthy dose of what the genre used to be–especially when it comes to Slashers. All Through the House has sub-par acting, a ludicrous story, fairly average camera work, and an abundance of absolutely glorious old-school kills. It’s a bloody mess–just like they used to make ’em.

The film acts as an origins story of sorts for a killer that I genuinely wouldn’t mind seeing again. I won’t bore you with plot details, but know that it’s a valiant effort. That’s about all it takes when it comes to these holiday horrors, right? The real star of the show should be the kills, and I’m happy to report that they’re on full display here in all of their practical FX fueled glory. This evil Santa’s killing utensil of choice is a set of hedge clippers, and I’ll be goddamned if he doesn’t take full advantage of them. People are impaled, sliced, and chopped in terrifically grotesque ways with copious amounts of blood squirting wildly each and every time. It’s completely unrealistic… and totally awesome.

I doubt that All Through the House will be remembered for its winding narrative or heartfelt performances, but the fact that I think it’ll be remembered at all should be applauded. It’s becoming increasingly more difficult to stand out in the modern horror landscape; especially when taking on a concept that many people hold so dearly. This is a film that comes out swinging and let’s you know immediately what it is from the opening. It’s a violent and classless holiday Slasher that is proud of its roots–and that shows. Well done to Nunes’ and team. Here’s to hoping that this is only the beginning.

All Through the House is currently available on VOD platforms. 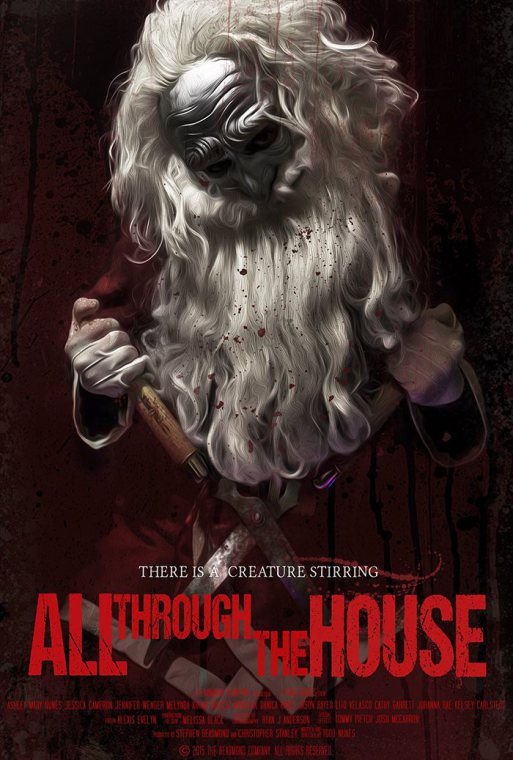 All Through the House [Review] 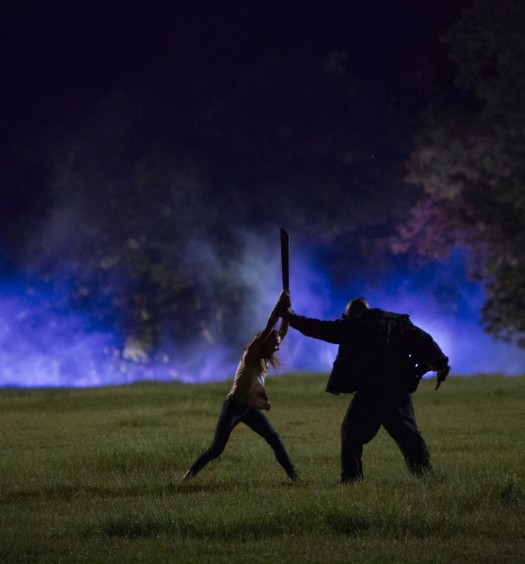 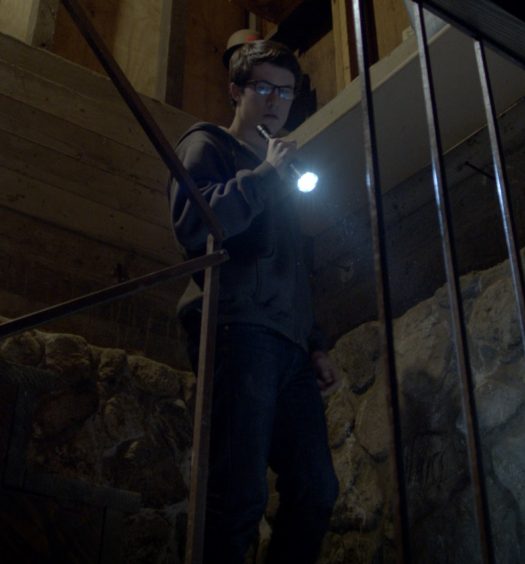