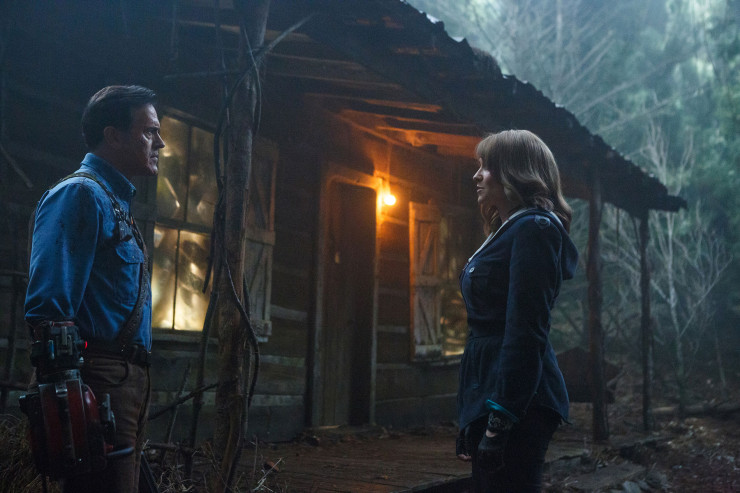 In the penultimate episode, the Ash versus Anti-Ash battle is wrapped up quickly; Pablo and Kelly have grown too close to Ash and can tell the real one from the imposter thanks to Ash’s racism and self-preservation. With Anti-Ash dispatched, all that’s left to do is dismember his corpse along with impaled Fisher, then resume the burial of the Necronomicon.  The trio is interrupted by the return of the Australian backpackers, now lost and in need of shelter.

No episode would be complete without Ash bumbling up simple plans, and Fisher’s body disappears before he can properly dispose of it. To be fair, Ash was busy resisting the pull of the Necronomicon.  That’s ok, though, there’s a trio of bait wandering the woods in the form of hapless backpackers.  Two of which become literal meat puppets for deadite Fisher. The third, Pablo’s current crush, is given temporary reprieve courtesy of Pablo’s intervention and Ruby’s grand entrance.

Ruby and deadite Fisher have a touching moment before the deadite escapes during a distraction.  It further confuses Ruby’s motivations.  She seems to genuinely care that Fisher didn’t survive.  Ruby also knows her stuff, dismembering the dead backpackers while convincing Pablo and Kelly that she can stop the impending doom.

So, after nearly the entire season, Ruby and Ash finally meet face to face.  For someone so hell bent on revenge all season long, she seems a bit too eager to help Ash complete his mission.  Other than repeatedly calling him a moron, that is.  Ruby hands over the Candarian knife and instructs Ash to cut away the Necronomicon’s face.  Kelly echoes what we’re all screaming at the screen, Ruby is not to be trusted and something is off here. Even Ash knows something isn’t right when Ruby tells him to present the defaced book to her, but he hands the book off anyway.  She immediately starts reading from its pages.

The wind picks up, lightning flashes, and the atmosphere turns dark and ominous.  Ruby played them, but the extent of the damage has yet to be revealed.  Even worse, the face of the Necronomicon found a new host- on Pablo’s face. With Pablo and Kelly fighting to get it off him, Ash finally attempts to stop Ruby.  Except, she reveals that she’s the author of the Necronomicon.

Once again, the episode ends with more questions raised about Ruby than answered.  As the author of the evil book that kicked off this whole mess decades ago, can she really be a Knowby? Based on the run in with the skeleton demon at the Brujo’s house, it was clear that Ruby’s intentions were less than moral, but just how evil is she?  After all, it seems she was unable to even touch the book until it was defaced.

Not only does Ash have to contend with Ruby’s malicious plan, but the Necronomicon’s face attaching itself to Pablo is sure to have some nasty repercussions.  If and when he’s separated, one can’t help but feel his journey mirrors Ash’s even further.  The remaining backpacker that he shared a connection with is still with the group, and her eventual death will be reminiscent of Linda’s years ago.

One thing is certain; there’s going to be a whole lot of action crammed into next week’s 30 minute season finale.  Groovy. 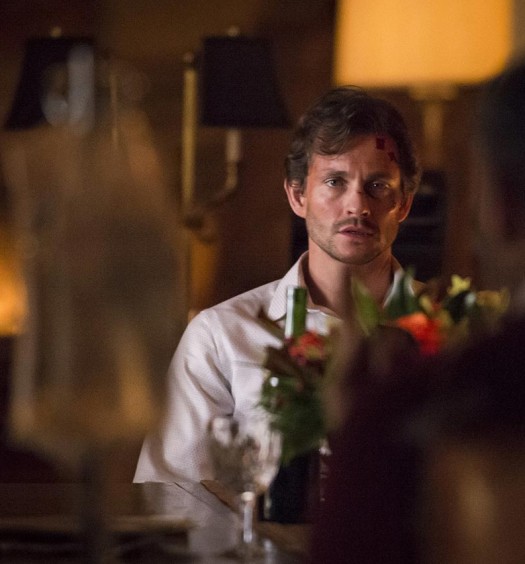 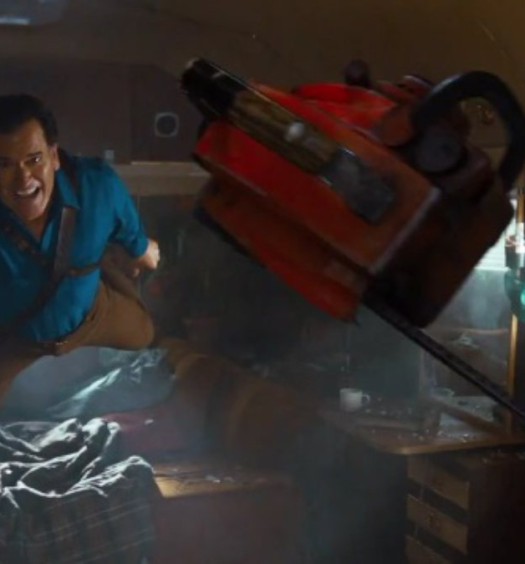