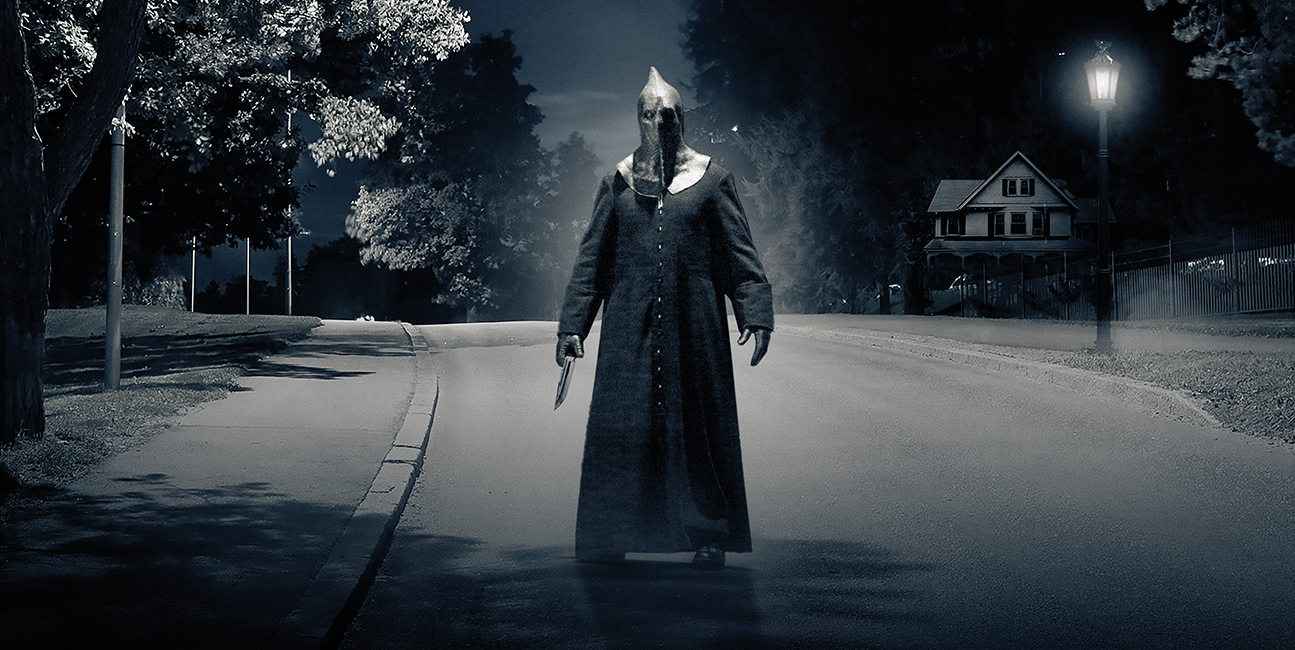 An Eye for an Eye

I’m (admittedly) a bit late to the SLASHER party. The series, which made its debut on 3/4/2016, is the first original offering from the Chiller TV channel. Considering that Chiller is a Syfy property, I went in with measured expectations. After all, MTV proved that a slasher can survive as a weekly episodic event, but would Syfy be able to build upon that now-established blueprint while offering something new and exciting in the process? So far, so good.

The series follows Sarah Bennett; a grown woman that returns to her childhood home in a town that she left long ago. Why did she leave? A serial killer known as The Executioner murdered her pregnant mother and father while she was still inside the womb. The Executioner actually removed Sarah from her deceased mother’s stomach before being apprehended by the local police. In fact, this brutal attack is the opening scene of the show, and it does an excellent job at setting the tone for what’s to come. While SLASHER follows the genre playbook throughout most of this debut episode, it’s impossible to ignore that it’s going out of it’s way to avoid “teen slasher” territory. This is a show that follows adults, and as such, revolves around adult situations. 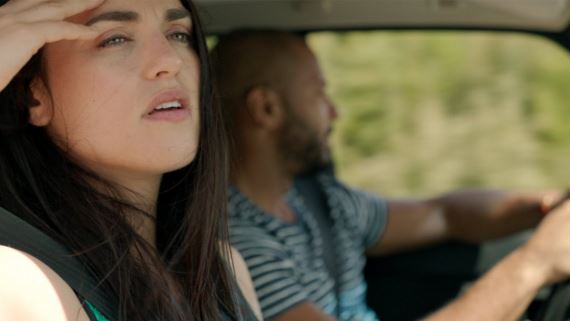 Sarah Bennett and her husband, Dylan.

Sarah is joined by her husband, Dylan, who took a job at the town newspaper as Editor in Chief. The couple seems happy even if they don’t quite fit the mold of the townspeople around them. They’re next door neighbor is a judgmental prude, the local crazy lady used to run a pharmacy in Sarah’s new art gallery, and half of the town is seemingly owned by a pair flamboyant homosexuals that actually seem to be the coolest part of this sleepy little suburb. There’s a lot to dig into here, and this premiere episode does a decent job at giving you a glimpse a the various skeletons that are hanging in our character’s closets. But even with all of this going on, Sarah is focused on one thing: visiting the man that murdered her parents in prison–Tom “The Executioner” Winston. 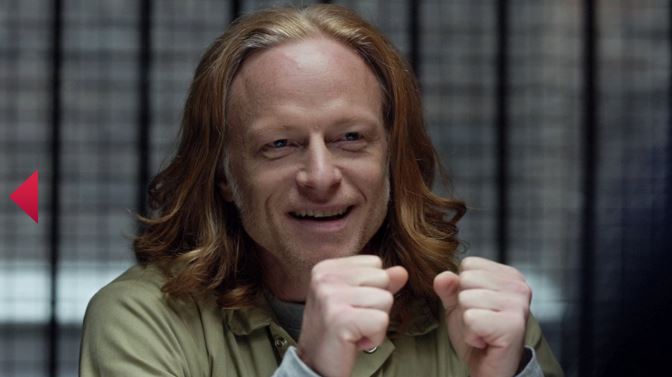 Sarah seeks answers as to why Tom Winston killed her parents. And while he is slow to offer any actual reason,  he seems thrilled to see Sarah. He also provides her with a cryptic set of words that leads to an unexpected discovery in Sarah’s childhood home. It seems as if Sarah’s parents were a bit bold in their sexual conquests. Based on Tom’s riddle of sorts, Sarah finds a box of video tapes that features her mother having sex with various men as her father films. And as if that isn’t psychologically scarring enough, it seems as if a copycat killer is now on the loose–dressed as The Executioner.

This “new” Executioner wants to be seen by Sarah. He makes his presence known while chasing her, wrecks an annoying ginger kid with a baseball bat, and then straight up dismembers another member of the town in a particularly biblical manner. This, of course, leads Sarah to wonder if Tom Winston is involved. And while subsequent prison visits to Mr. Winston play out a bit too much like a Silence of the Lambs spin-off, it’s clear that Winston–for whatever reason–wants to help Sarah find her answers. He presents a theory that the killer may be targeting people based on Sins, and that the method of execution will almost always fit that Sin. 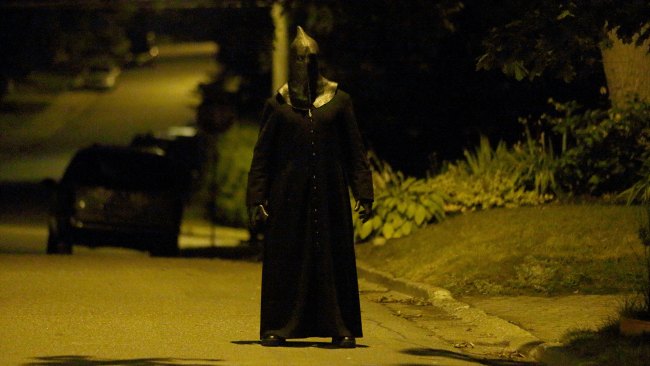 The “new” Executioner wants to be seen by Sarah.

Simply put, there’s a lot to like about SLASHER at this point. While nothing is overly original or inventive, it features characters that are relatively easy to be interested in, and the violence is surprisingly brutal–even if a lot of that comes to us by way of not-so-shitty CGI. SLASHER is pushing the envelope, and that’s appreciated. There’s something refreshing about seeing “well-adjusted” adults in a slasher scenario–that alone may be episode 1’s greatest triumph. Well, that and the kills. This IS a slasher, after all. 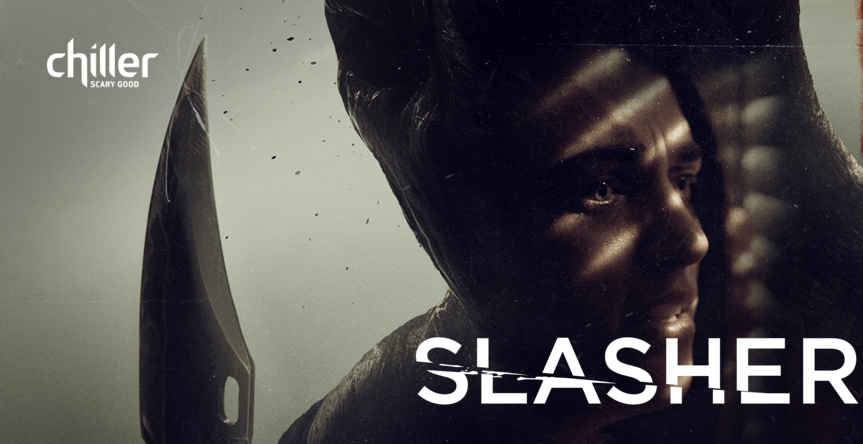 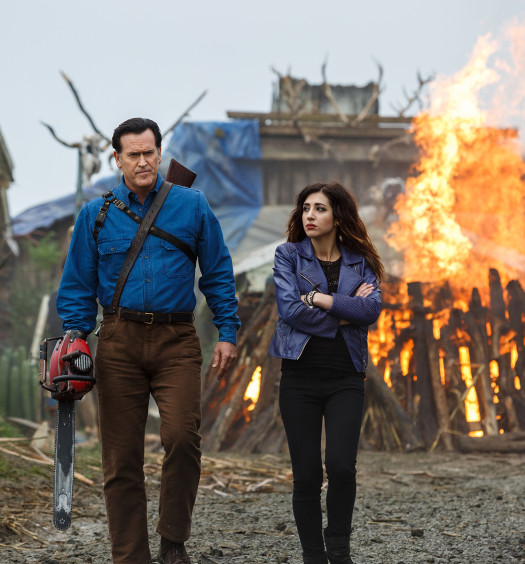 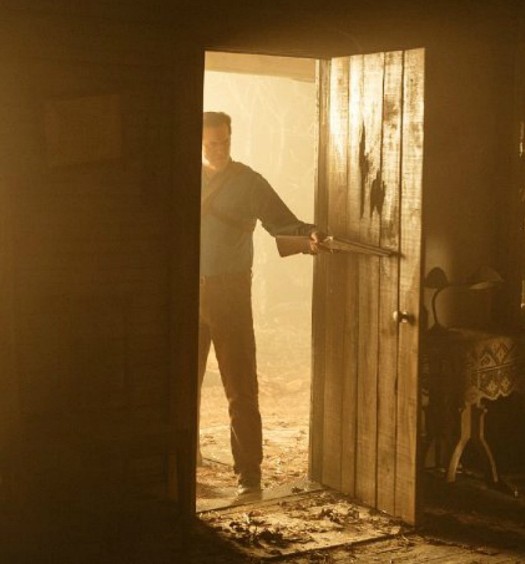