A rural mechanic shop and its owner are caught up in a whirlwind of blood and trouble. There’s a body on her floor and, as the title suggests, there’s blood on her hands.

Leigh Tiller (Bethany Anne Lind; Ozark, Doom Patrol) is your everyday rural woman. She’s a single mother, a daughter, the owner of a body shop, and she killed a guy. Which, if you’ve ever met a mother from a small southern town, really doesn’t come as much surprise. From the first minutes of the film, it’s pretty clear what happened. In fact, the biggest strength working in favor of Blood On Her Name is a well-crafted script by Don Thompson and Matthew Pope (who also directs). Rather than a typical whodunit, this neo-noir thriller comes right out and tells you shedunit, relying on why and who the victim was to build intrigue and mystery, and does it very effectively. I won’t go into details for fear of spoiling something, but little hints and twists abound in this thing. They answer questions you haven’t even thought to have yet, but do it in a way that is gratifying while raising new mysteries. Combine that with deliberate pacing and a tense score and the result is a white knuckle thriller that’s guaranteed to grip you and pull you along for the ride. 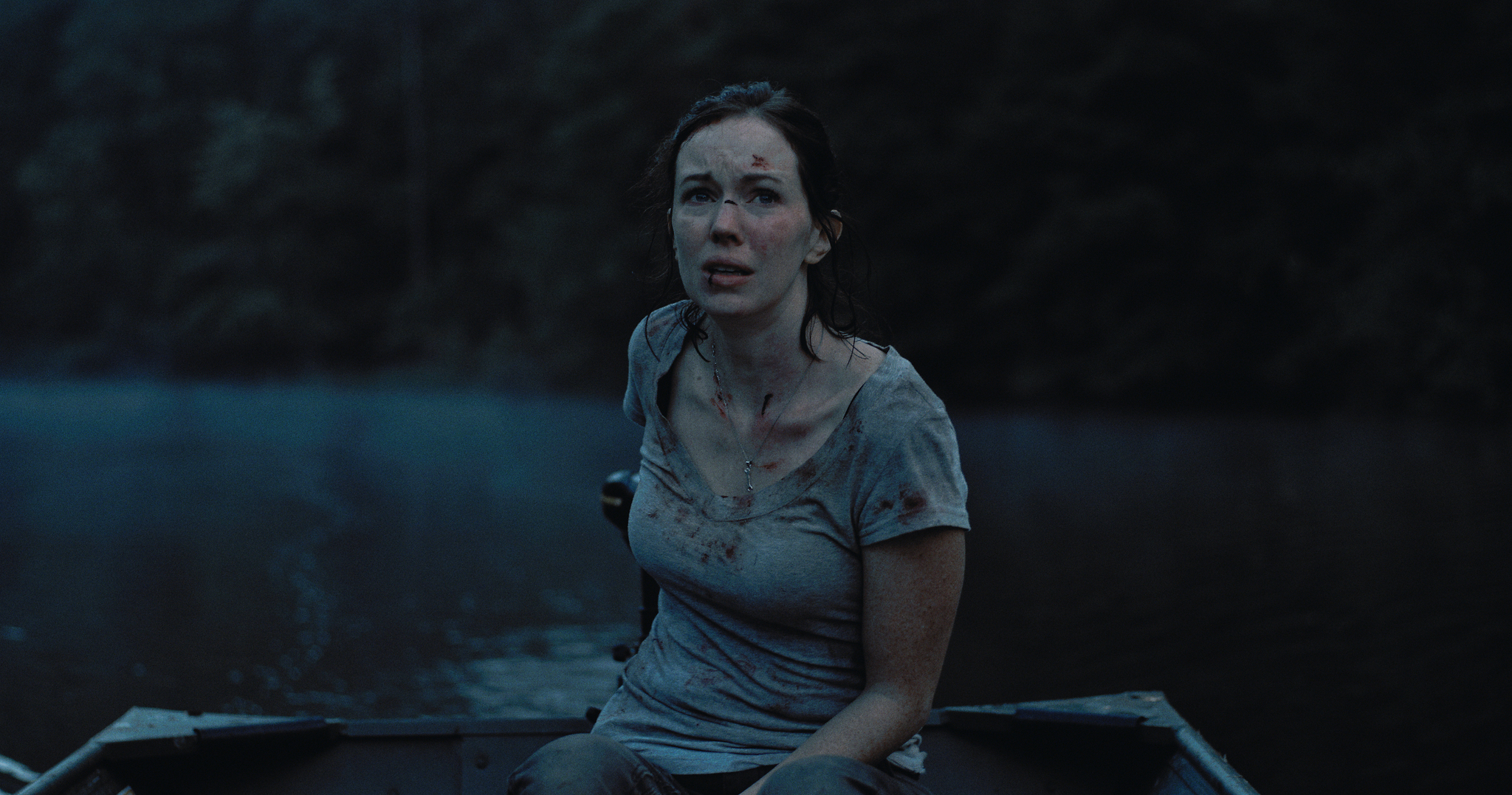 “Rather than a typical whodunit, this neo-noir thriller comes right out and tells you shedunit.”

As competent as the script is, it was also my only qualm with the film. By the halfway point I was already engrossed. The story had grabbed me and I was ready to go on whatever ride it wanted to take me on. But the writers were determined to not let that feeling stagnate. They still had plenty of revelations to throw at the viewer, and while many of these worked really well and added to the suspense, others felt unnecessary and detracting. The foremost example of this comes from a conversation between Leigh and her troubled son Ryan (Jared Ivers), and feels both unwarranted and over confident. It seems as if the writers thought they’d found the perfect “aha” moment, but didn’t recognize it as being a bridge too far and ultimately diluting the story. The climax also suffers from this. While most of the finale is tense and believable, they cap it off with a final twist that just doesn’t fit. As if that wasn’t bad enough, they tack on one more gotcha to the tail end that makes an entire plot thread lose all sense. What starts as a logical and satisfying ending ends up poking holes through the whole plot. The conclusion still isn’t terrible, but it’s not as good as the one they were building towards.

The script may have been my favorite part of the movie, but that doesn’t mean it’s lacking in other areas. A script will go from priceless to worthless without a cast that can deliver, and this one delivers in spades. Lind is the standout. The whole film is told from her eyes, and she carries it fantastically. Even in the most tense and emotional moments she’s captivating. An actor’s job is to make a story believable, and she does this thoroughly. But the rest of the cast aren’t slacking either. The always reliable Will Patton (Armageddon, Swamp Thing) makes an appearance as Leigh’s shady cop father,  Elisabeth Röhm (American Hustle, Law & Order) has a solid turn as the victim’s suspicious girlfriend, and you’ll fall in love with Jimmy Gonzales as Ryan’s mentor and shop mechanic Rey. Even the one scene drug dealer (Joshua Mikel; The Walking Dead) is cool in this movie.

It’s pretty clear that director/producer/writer Matthew Pope has a good idea of what he’s doing. This is frankly surprising, given the scarcity of his IMDB credits. With the clear vision for the film and how well all of the pieces are assembled, I expected to look him up and find a laundry list of credits. Much to my surprise, while they go back to 2005, they’re relatively few and far between, and this is his first time heading a feature film. To perform all three of those roles is no small task, to do it on a low budget indie film and have it be of the quality that Blood On Her Name is, that’s significantly harder. While others have done it before, it’s still an impressive feat, and my hat goes off to him. If this is what he has to offer on his first film, I can’t wait to see what he does with his next.

The dreary and desolate setting only adds to the tension of the film. Excellent cinematography and slow burn pacing transports us to the anonymous town and helps us to share in the anxiety and isolation Leigh is dragged through.  Never mentioning the name of the town and only giving as much character backstory as is necessary helps to make the setting feel more personal. Anyone who has ever driven through the south has driven through this town. We all could have met Leigh and we’ve all been to her shop. The story feels personal and helps to invest in the characters easily and naturally. You not only understand that everything they have is at stake, but you feel it. Ultimately, Blood On Her Name is as suspenseful and captivating as you can hope for. It’s got all the twists and turns to keep you intrigued, even if a couple of them don’t exactly land, and the craftsmanship is something to behold.

Blood On Her Name premieres in theaters and on VOD February 28th. 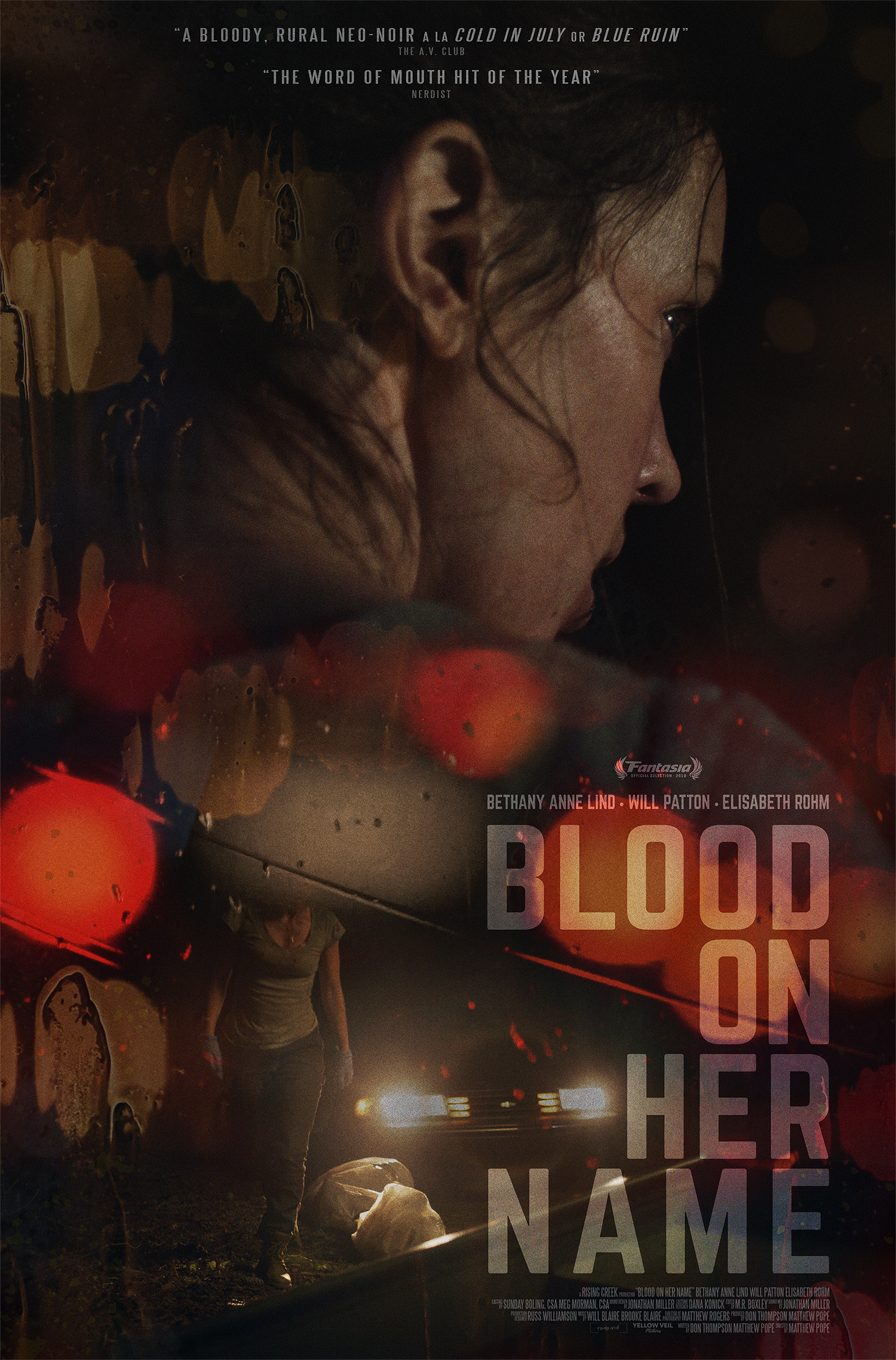 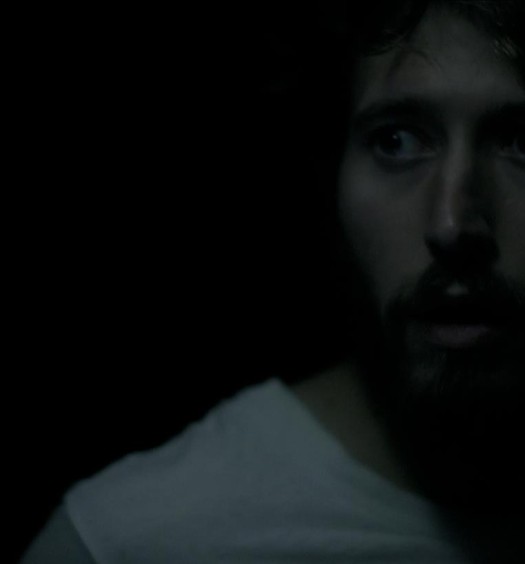 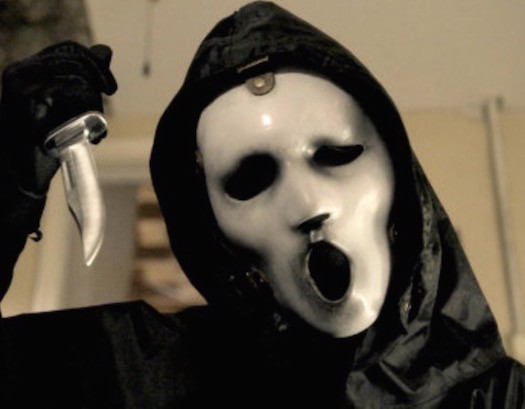