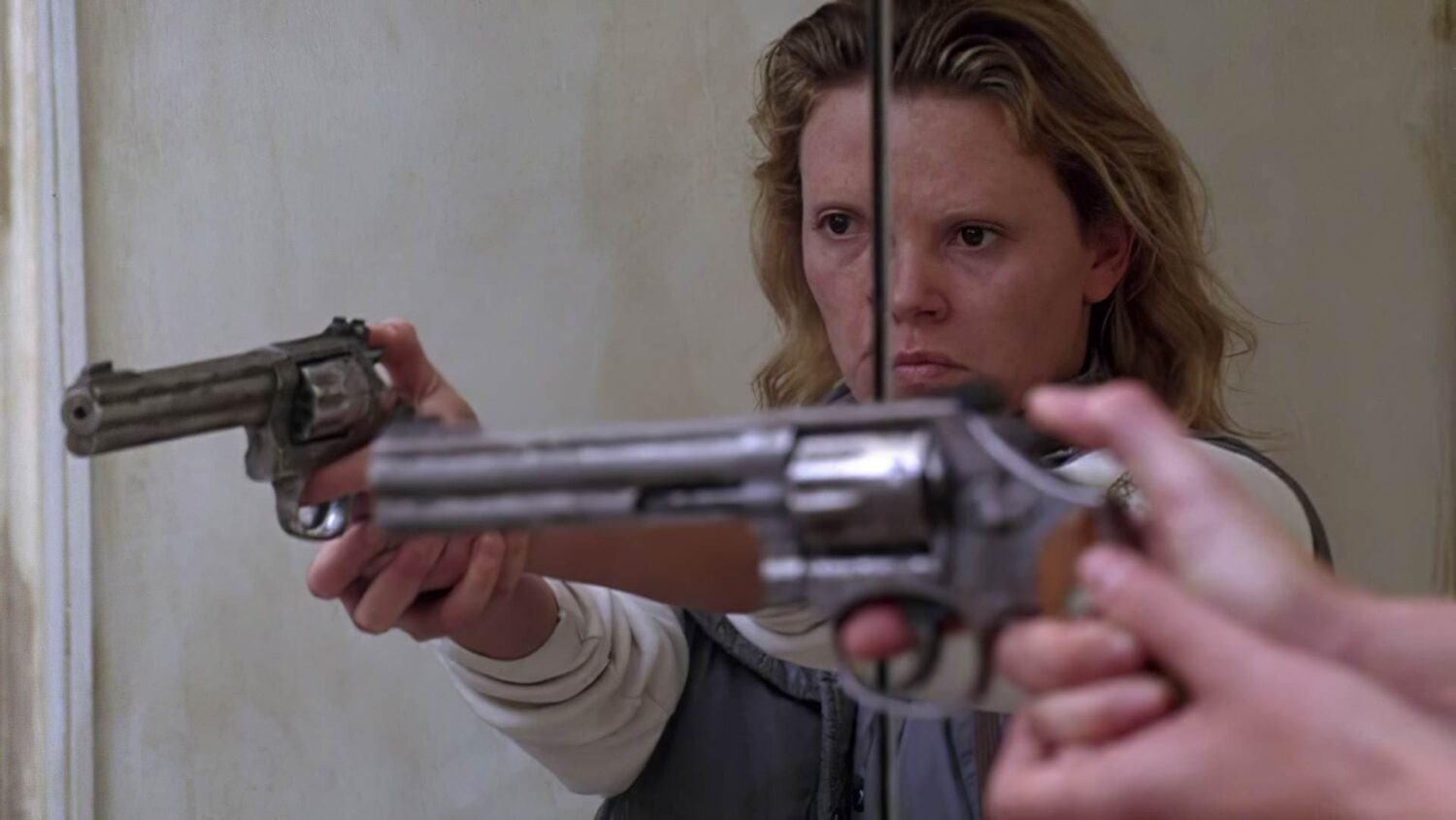 Before giving DC Comics a blockbuster franchise with the Wonder Woman films, Patty Jenkins dropped a behemoth of a debut film with 2003’s Monster. Winning almost 30 awards from across the globe including an Oscar for it’s lead role, Monster was absolutely deserving of a re-release, and it got the Cadillac of treatments from Second Sight films in a beautiful new Limited Edition Blu-ray release. 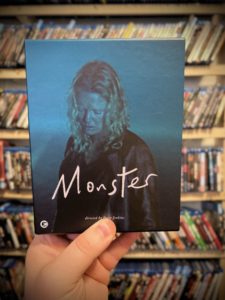 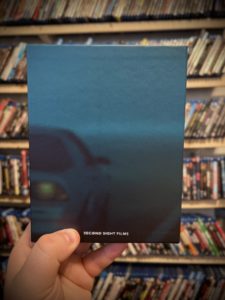 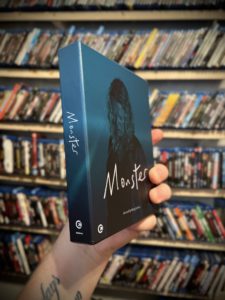 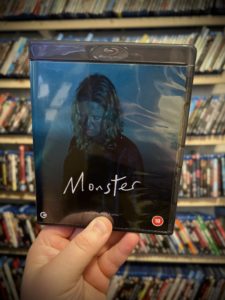 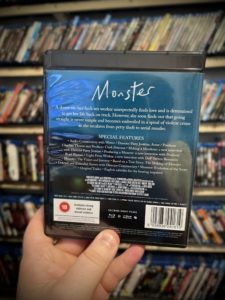 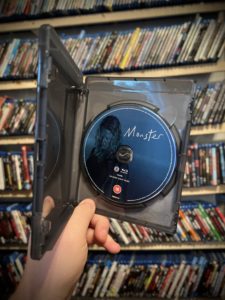 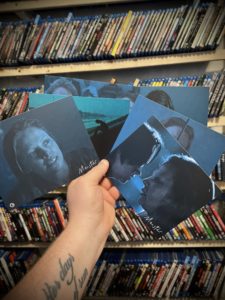 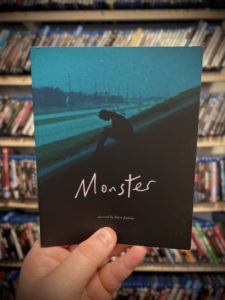 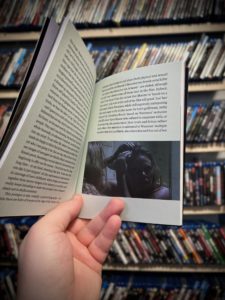 Without a doubt, the packaging and transfer of this release makes this movie experience better in every way. It reminds you that you are holding a beautiful yet brutal work of art. This is a film that has previously never benefited from any kind of a special or boutique release, and I am really glad that this is the treatment it received. The film is encased in a rigid slipcase featuring the brand new, cinematic artwork from Daniel Benneworth-Gray. Inside that slipcase is the bluray softcase, soft cover book with new essays on the film, and six collectors art cards from the film. This release follows the traditional look of the Second Sight Limited Editions that has come before it, and looks seamless with the rest of their releases on a shelf, while also standing out as it’s own unique addition thanks to the aforementioned artwork from Benneworth-Gray.

I will say upfront that I was not able to find much in the way of information about this transfer as far as Audio and Visual are concerned, so these sections will be primarily based on my experience alone. The 5.1 surround mix was super crisp and present with clear dialogue throughout. My receiver also took that 5.1 and upscaled it very seamlessly into my back surrounds and height channels creating a really enveloping soundstage, especially when BT’s stringed instrument score kicks in during heavier moments in the film. This one also has a good amount of LFE in the musical moments and especially when the dramatic intensity builds. This is probably one of my more favorite 5.1 mixes I have heard in a while.

I thought audio information was scarce on this release, but information on this transfer process and what materials and scans were done on this bluray have been very hard to find. What I can say is that this is a significant upgrade from the previous released bluray. Despite being a softer and more grainy affair, there were many scenes that I think could have fooled most people that it wasn’t a 4K UHD disc. The colors were vibrant, while also maintaining solid, rich black levels. I couldn’t see any compression or pixel clumping. The spectral highlights were extremely bright and popped off the screen, and showed off quite a bit of detail in things like metal and facial features like pores. Due to the cinematography decisions of Steven Bernstein and Patty Jenkins, this movie does fall on the softer side with plenty of grain, but that is not at the expense of details in closeups and adds to the raw beauty of the film itself.

Anyone who has read my reviews before is probably used to hearing me say this, but Second Sight Films is doing something incredible by giving films a brand new life from artwork to some of the best audio and video transfers I have ever seen. Their quality extends to this release in a big way, giving Patty Jenkin’s debut film, the perfect treatment that should absolutely be on your shelf. Don’t sleep on this one, it’s selling out. 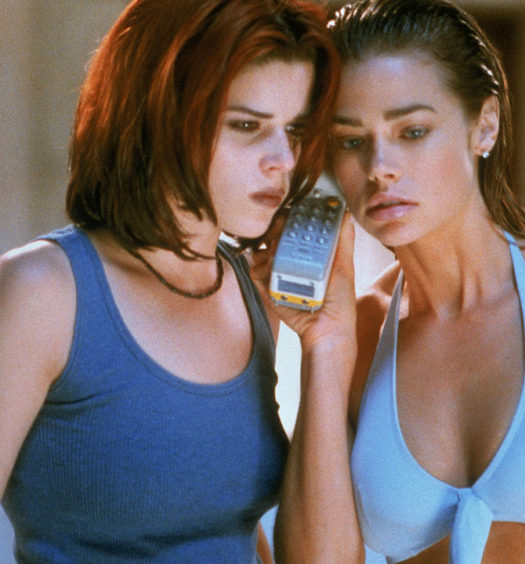 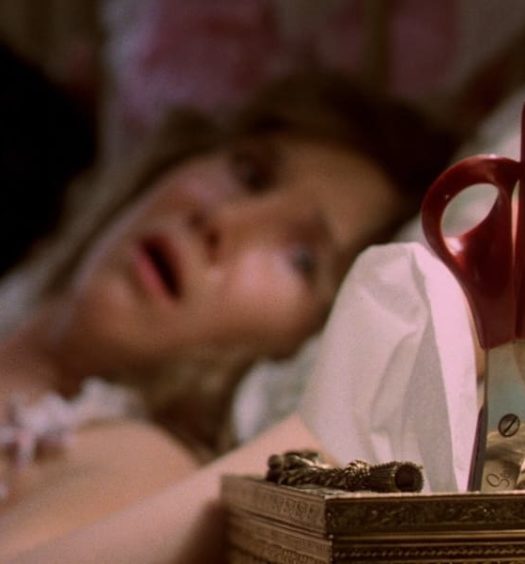