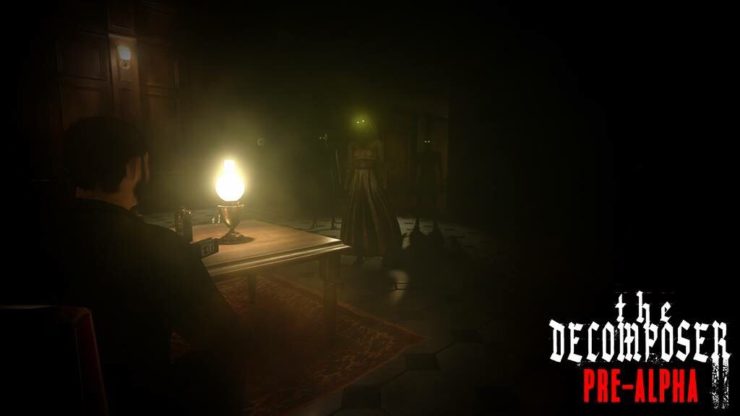 ‘The Decomposer’ is Not Another P.T. Clone

Something incredible happened in the summer of 2014: The now cancelled P.T. (playable teaser) was released on the Playstation 4. It proved that there was an insatiable desire for first-person horror in an ultra-realistic environment. Since then, dozens of games have flooded the market (some better than others) that offer their own unique spin on the primitive concept. Unfortunately, we’ve gotten to a point where we’ve begun to tread the same water over and over. Very little is being done to push the envelope that was opened over two years ago, and that’s exactly what indie developer Mike Sims of Unmaker Studios is hoping to remedy with THE DECOMPOSER. 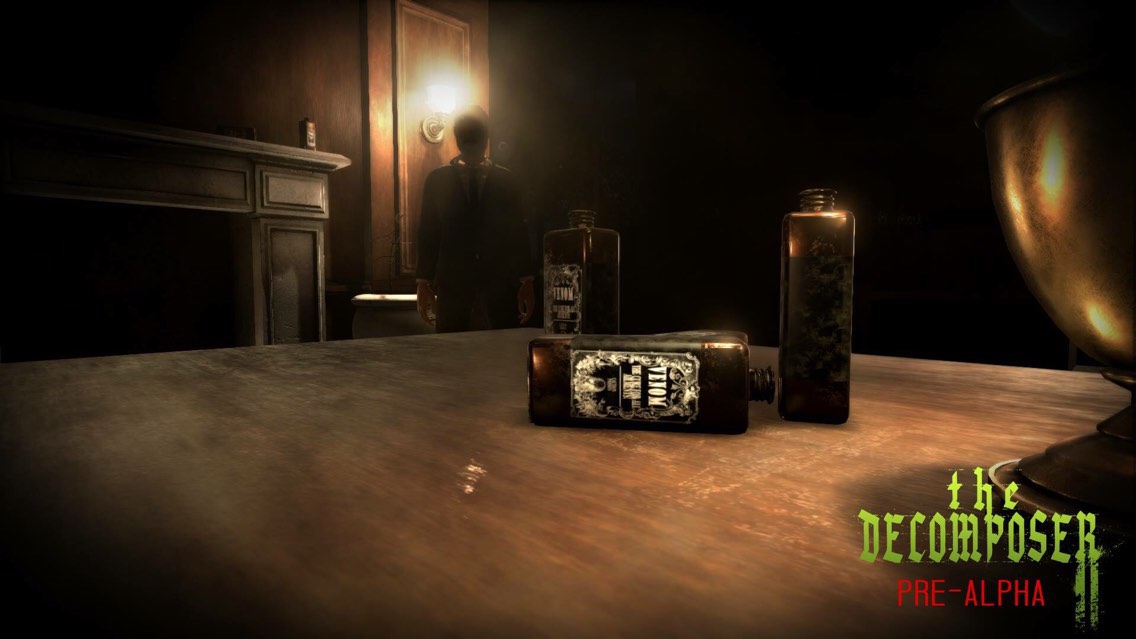 Sims, a talented composer and screenwriter, noticed the same style of horror games being produced at an alarming rate and wanted to create something different, yet familiar for gamers. He immediately took the concept of a recent short story he had written and began heading into development. Sims states:

In the story, Alexander Ward is devastated by the loss of his Wife. He recedes to a life of seclusion and substance abuse. Eventually, Ward meets an antique’s dealer who offers him an item he claims possesses powers that can bring his wife back. Ward dismisses the man’s offer as nonsense, but after a heavy refueling of Venom (a Laudanum-like substance), he humors the man. Ward discovers that the item indeed does have a supernatural power to it, but he ends up using it inaccurately and summons other . . . things. In the end, he learns a valuable lesson, one which we as people often fail to realize, but it’s too late. 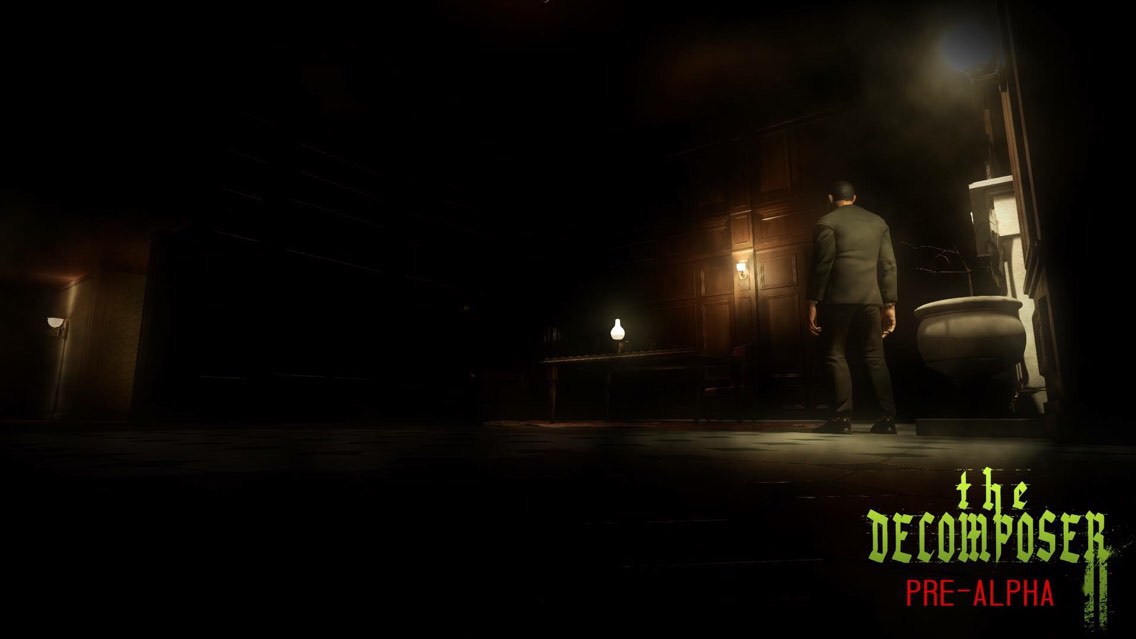 While the game is still in a pre-alpha state, Sims has already begun to experiment with different gameplay mechanics. One of which is the need to discover/assemble different sheets of music. Different combinations would lead to different events occurring. As a music nerd myself, I really hope that makes it to the final product. Beyond that, there are several possible endings planned–most of which will be left open to player interpretation.

But perhaps most importantly, Sims claims that the game will not be reliant upon “jump scares and cheap thrills”. He continued to say:

This was a huge rule for me when I started this project. I truly believe psychological fear and emotional distress are the most terrible situations a person can go through and I really wanted to dive into that. I got tired of every “horror game” really being a “loud noise/scary face” game. I believe real horror and terror is unique to each person and is simply a mechanism in our mind and I really want to explore that area in gaming. Basically, I am aiming to create something that keeps people up at night, and something that also provokes thoughts of human nature and emotion.

Lastly, we were left with the following:

So there you go. A new narrative driven horror game to be on the lookout for. It’s still early days, but I’m optimistic. Rest assured that we’ll keep you updated with the latest as it comes our way, so stay tuned, and check out the gameplay Pre-Alpha Test below while you wait. 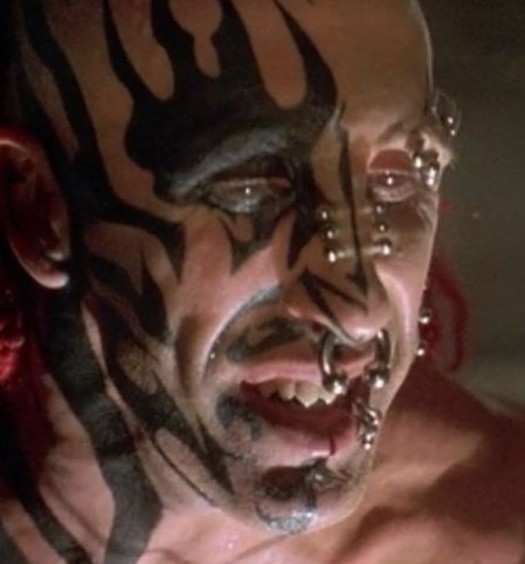 Read More
Strangeland Gets a Reboot! 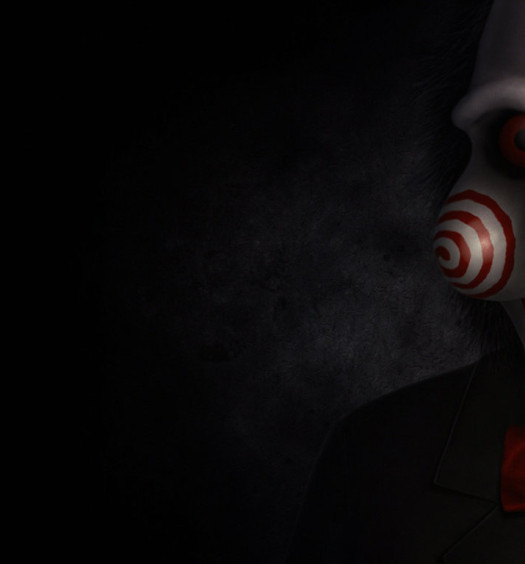 Oh Snap! An 8th SAW Movie is on the Way

Read More
Oh Snap! An 8th SAW Movie is on the Way
Submit a Comment