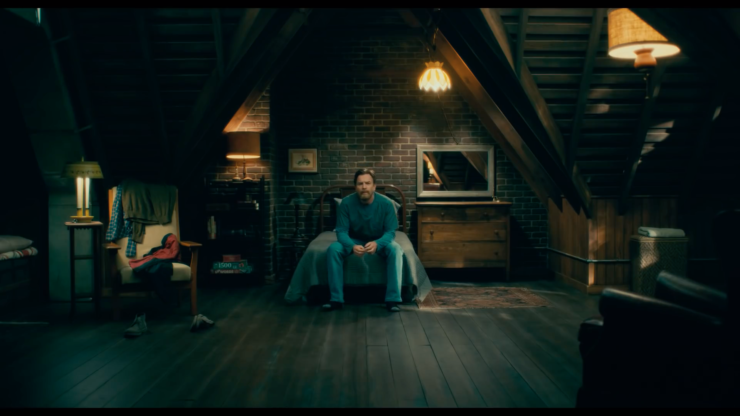 When Mike Flanagan announced he’d be adapting Stephen King’s Doctor Sleep, the 2013 sequel to The Shining, speculation ran rampant on whether he’d direct a sequel to the book or Stanley Kubrick’s 1980 adaptation King came to hate. However, it appears Flanagan has kept his word on at least acknowledging Kubrick’s film as the first trailer for the Doctor Sleep film adaptation highlights several iconic scenes from that movie.

Doctor Sleep follows Danny Torrence years after the events of The Shining as he fosters a connection to a young girl named Abra, who has Shining abilities that are far more powerful than his own. A cult called True Knot, a group of quasi-immortals in the book, survive off “steam,” which is a psychic essence produced by those who possess the shining when they die in pain. Danny works to protect the young girl from the cult.

The trailer looks gorgeous—a Flanagan hallmark—with magnificent set design that borders on uncomfortable, and the callbacks to The Shining (movie) look superb. Balancing fans’ love of the book and movie is no easy task, but Flanagan’s string of horror hits—The Haunting Of Hill House, Gerald’s Game, Hush, and more—has us hopeful he’ll knock Doctor Sleep out of the park.

Years following the events of “The Shining”, a now-adult Dan Torrence meets a young girl with similar powers as his and tries to protect her from a cult known as The True Knot who prey on children with powers to remain immortal.

The ‘Martyrs’ Remake is Being Released by Anchor Bay