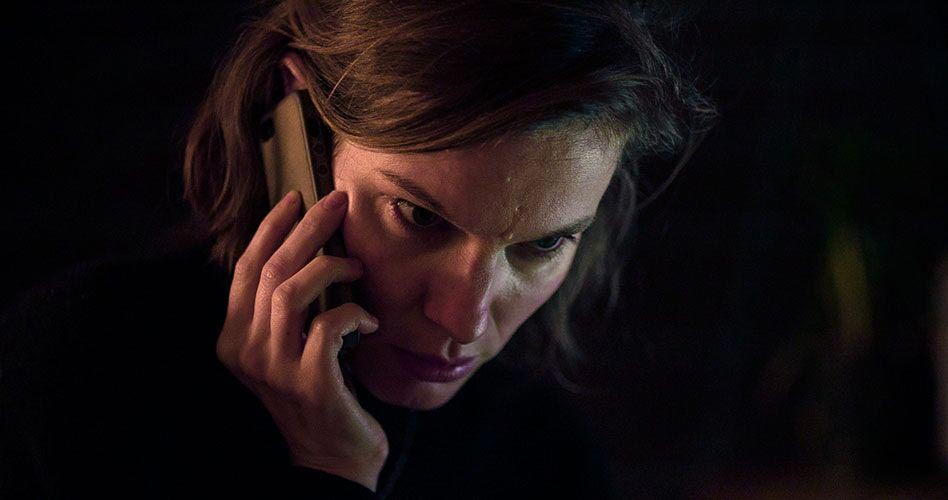 Lace Crater takes a decidedly bizarre concept – sex with a ghost and the subsequent contracting of a sexually transmitted disease – and makes it seem like it might be something you should actually worry about.

There are those who roll their eyes at the “mumblecore” aesthetic in indie films, i.e., when middle class twenty- and thirtysomethings talk about their problems in a way that feels unscripted and often awkwardly naturalistic. Personally, I prefer that style over the overly glib, self-consciously metacritical dialogue of Kevin Smith’s movies, so I’m totally fine with mumblecore.

While Lace Crater could definitely be considered mumblecore, it’s got some genre bona fides, too: it’s produced by Joe Swanberg and includes Chase Williamson (John Dies At The End, The Guest) in the cast. The slow transformation of Lace Crater from lighthearted comedy into something weird and gross is one I haven’t yet witnessed, so kudos to writer/director Harrison Atkins for doing such a marvelous job.

Lindsay Burdge (The Midnight Swim) is Ruth, who, along with her friends Claudette, Ryan, and Keith, goes on a weekend trip to a cottage in the Hamptons owned by mutual friend Andrew. There’s a bit of romantic tension between Andrew and Ruth, and after everyone takes Molly and goes into the hot tub, Claudette and Keith explore their own sexual tension.

Lindsay is staying in the coach house along, however, and even though Andrew has offhandedly mentioned that his mom saw a ghost there a few times, she is still understandably shocked when it suddenly shows up. It’s a refreshingly funny scene and if a ghost were to appear when I was staying at a friend’s coach house, I might ask all the same questions Lindsay does, especially if I were under the influence. The sex scene is unexpectedly hot, too.

That’s when Lace Crater shifts from the spiritual sibling of a Noah Baumbach film into something disquieting. Sure, Ruth undergoes some unpleasant and horrific physical and emotional changes, but she’s not crazy, and the friendships that we thought we understood turn out to be nothing more than a façade.

It’s a neat trick that Atkins pulls: using the idea of Lindsay as “The Other” to highlight how ephemeral relationships can be and traumatic events reveal that many people are embarrassingly shallow. Lace Crater is also surprisingly creepy.

Hardcore horror junkies might think the tone of the film would be too gentle and the gore merely implied, but they’d be wrong. It’s not a splatterfest, but it’s not all sweetness and light, either. Lace Crater is a real breath of fresh air in a genre than can sometimes feel stale.

A breath of fresh air in a genre that can sometimes feel stale.