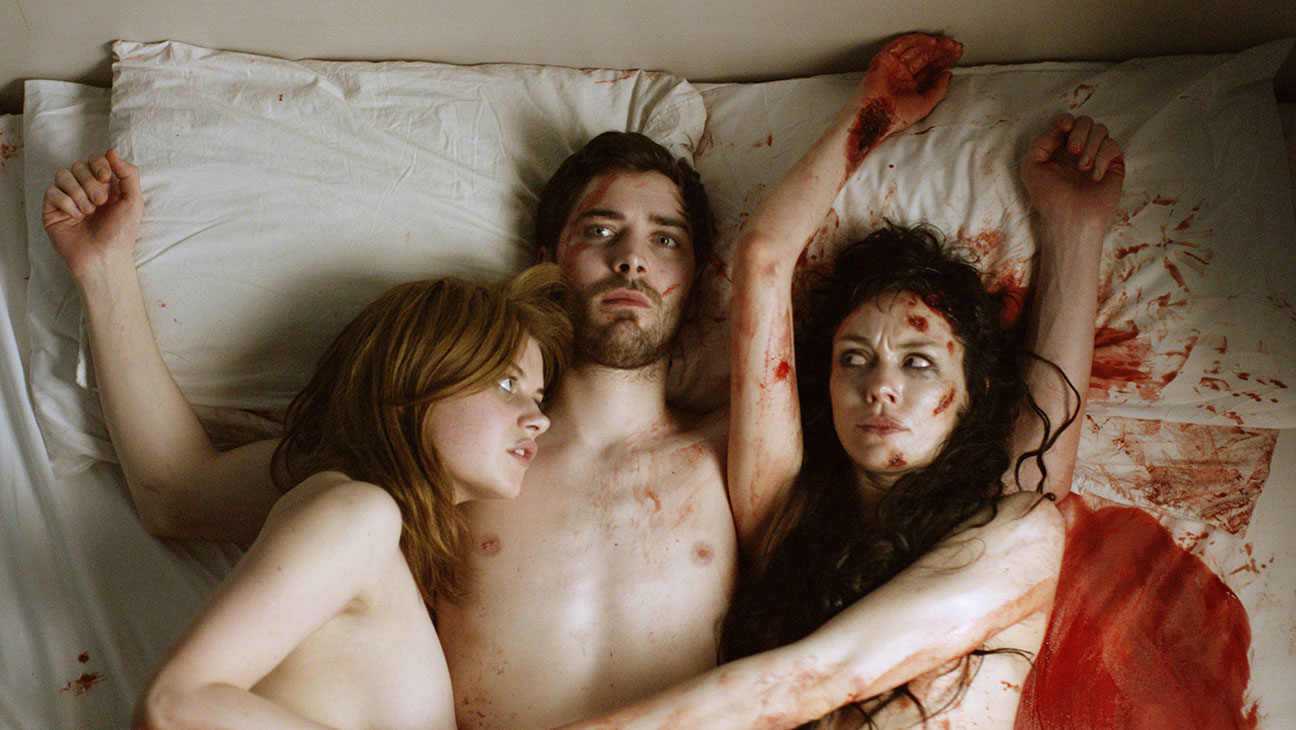 Writing for Modern Horrors has been a wonderful experience for a lot of reasons.  It’s awesome to be a part of a team of talented writers, for one, and having the inside scoop on the filmmaking going on in the genre right now is a treat.  But for me, the best part of writing about horror is finding new movies that use horror in new ways.  Horror, as a genre, has always been about finding new ways to engage the audience: finding new ways to poke, shock, and horrify, sure, but also trying to elicit an emotional response on a level other films aren’t able to descend (or ascend!) to.  Nina Forever is one of those films.  It’s not a great film, necessarily, nor does it shatter genre or filmmaking conventions.  But what it is is an original, heartfelt movie that feels like it’s trying something new, and its horror aesthetic really does benefit the movie’s narrative.

Much like Horsehead is a movie about trauma and dreams disguised as a horror movie or how Maggie is a family drama dressed up as a zombie movie, Nina Forever is a pretty poignant reflection on the way the loss of a significant other affects us and the way we deal with grief.

Our protagonists are Holly, a paramedic-in-training who puts herself through school by working at a supermarket, and Rob, who is severely depressed following his girlfriend’s death in a car accident.  The film begins just after Rob attempts suicide by motorcycle, with a haunting long take of him and his wrecked bike by the side of the road.  The movie follows Holly for a long time as she eyes Rob.  She thinks his dedication to his dead lover is romantic, and sets her sights on him.  Holly’s an incredibly interesting protagonist–she’s sexually fearless, up-front with her emotions, and in general, is a pretty damn interesting female character for a long time.

Holly and Rob eventually fall for each other, at which point the movie’s twist is revealed: whenever they have sex, Nina’s ghost rises from the bed next to them, leaves a huge fucking bloody mess, and kills the mood.  The first time it happens, it’s pretty crazy, and it’s a great display of effects work.  The blood looks realistic, and there are buckets and buckets of it–getting rid of all the blood Nina leaves behind is actually a huge part of the movie, which is great.  The movie’s tongue-in-cheek sense of humor is present throughout, and the movie handles Nina’s incursions with just the right amount of humor and revulsion.

While Nina Forever’s sense of humor gets you in the door, what really gives the movie legs is how honest of a depiction of grief it is.  The movie’s arc revolves around Rob’s inability to give up Nina, and how she physically embodies his reticence to move on.  It’s actually pretty powerful, and Abigail Hardingham’s performance as Holly does great work articulating the stress and emotional pain one goes through when your partner is still hung up on someone else.  This is where Nina Forever’s strengths lie, and it’s where the movie works the best: every time you think Rob and Holly are getting somewhere, Nina shows up again, that nagging hand of grief threatening to drag them both down.  Giving grief and loss a physical embodiment is nothing new to horror, sure, but the manner with which Nina Forever delivers its rendition breathes some life into the convention (ha ha).

…just the right amount of humor and revulsion.

Nina Forever is an interesting watch as far as technique and craft are concerned.  The pacing starts off slow-burn, just like every other horror movie, but eventually clips along as Rob and Holly’s dynamic unfolds.  Tonally, scenes will vary wildly from comedic to bizarre, but the movie plays them all off with a smile.  A lot of funny scenes get played with horror beats, like big build-ups and reveals, and it’ll defitely get you grinning once you realize how the movie’s playing with you.  Visually, the film is pretty dour, with the only color of note on display being red.  The film’s red has a lot of thematic importance, but the film beats you over the head with it the visual motif doesn’t make much sense any more.

However, the film’s true stumbling block, and what ultimately holds it back from greatness, is its attempt at a dual-arc structure.  The film’s first two acts are about how Holly helps Rob recover from his grief, and it’s great, affirming stuff that teaches legitimate emotional lessons about coming back from loss and learning to love again.  The third act, however, turns Nina from a manifestation of Rob’s grief and turns her into Holly’s jealousy; Nina stops haunting Rob and instead haunts Holly.  Not that this is a bad turn of events in and of itself, but the way the movie handles it is unsatisfying.  Holly, who until now had been a character with her own agency and motivations, is reduced essentially to a housewife who has to battle her man’s ex-lover.  It’s a huge disservice to a cool character–it’s disappointing–but, the more I think about it, it makes me realize that Nina Forever is a movie about the moment; the journey, and not the destination.  It’s a lot like a real relationship in that way.

Nina Forever is a movie about the moment; the journey, and not the destination.

When you look at it, Nina Forever is basically a series of vignettes about relationships and loss, strung together loosely.  It’s about how the people in our lives make up who we are, even when we lose them.  You fall for the characters, the way they interact with each other and others, and live in their world for a little bit.  Its narrative missteps come late enough so that you’re still willing to ride it out.  When it’s over, you feel like you’ve learned a little bit about the way you love people.  In that sense, maybe it is a great film. 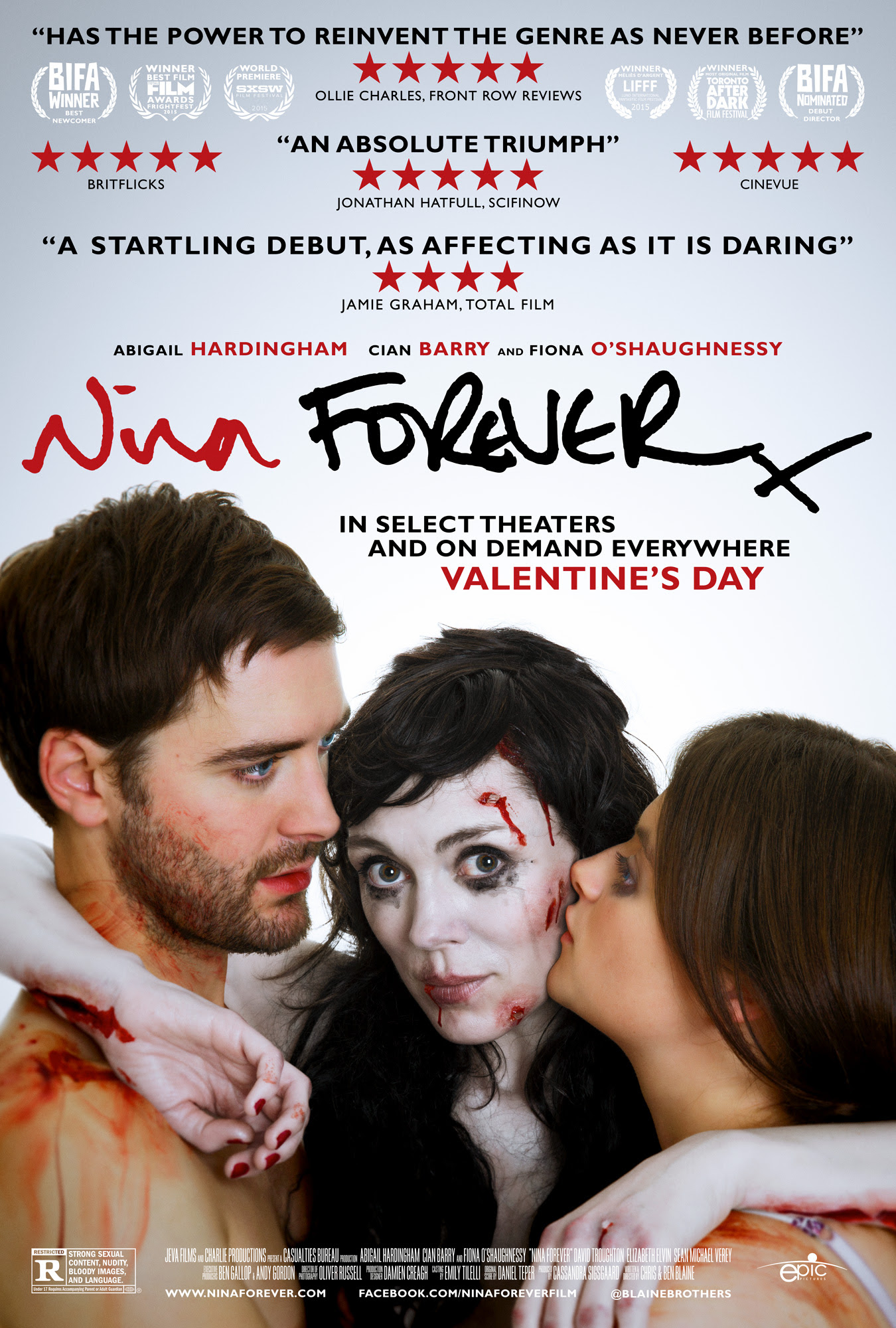 Not a pure horror by any means, Nina Forever uses the trappings and style of the genre to tell an honest story about relationships and loss. 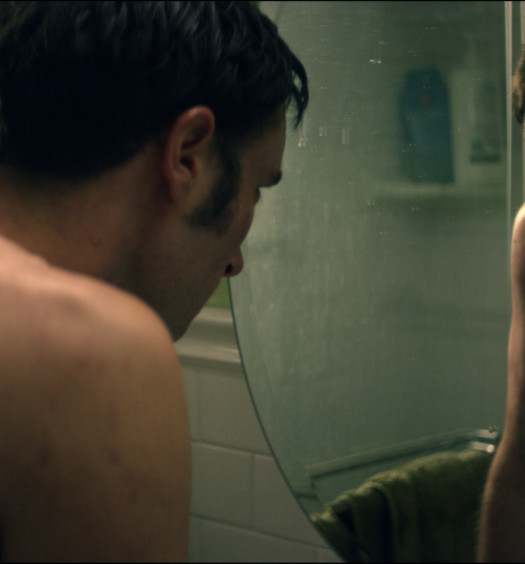 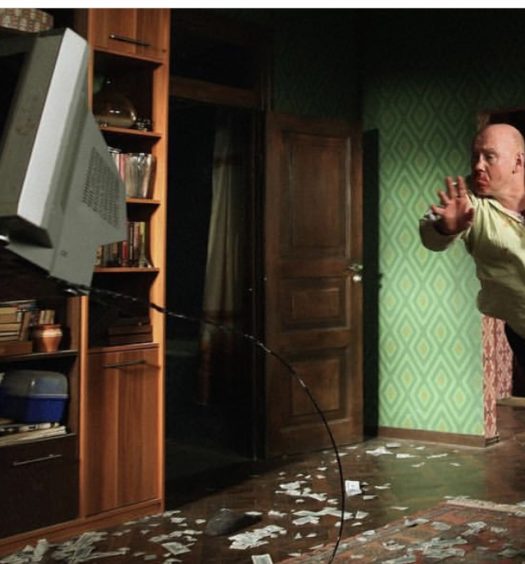