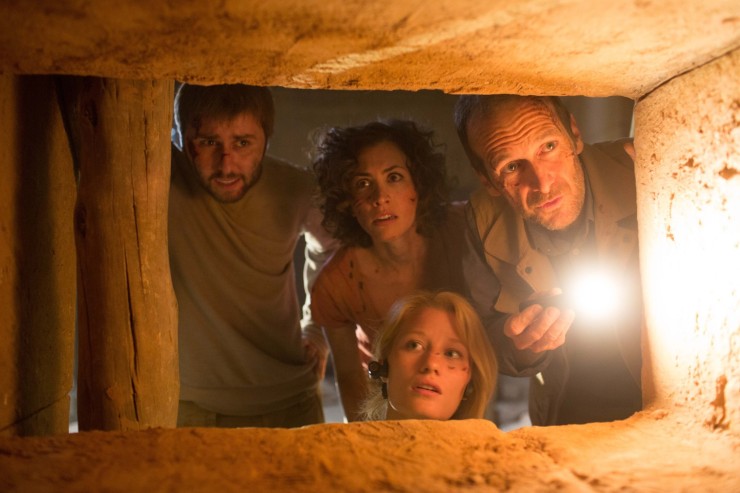 Pyramid hit the big screen this weekend in a “limited” theatrical release. I’ve been following it for several months for a variety of reasons. One of those reasons was the attachment of Alexandre Aja. In hindsight, I’m sure his inclusion was nothing more than a no-show producer role in order to get die hards in seats. Can’t blame them for that, but does  Pyramid have what it takes to stand on its own?

The film opens with some corny white text on a black screen explaining what you are about to see. Based on the trailers, I knew there would be a found footage element to the film, but the opening scene had me realizing that the entirety would be a POV affair. A few scenes later.. it turned out that wasn’t the case.. and then it switched again..and again. There is nothing wrong with mixing film styles, some movies do it quite well, but Pyramid switched so often that it simply didn’t make sense. I found myself wondering whos camera we were seeing out of, then realized this was one of the omniscient shots. It doesn’t help that the “quality” of the shot doesn’t change between these view points.  Simply put, go in expecting found footage with ultra high end cameras. Then prepare to leave logic and rationality at the door.

Let’s talk about the story. This is Pyramids strong point….for a bit. We follow a father/daughter archeology team that has made a discovery in the Egyptian desert. A Pyramid unlike anything they have ever seen. One thing leads to another and they find themselves trapped inside with a documentary film crew looking for an escape. I have always found old tales of booby trapped pyramiids very interesting. Luckily, Pyramid has some really neat examples of this. It is very much another entry into the budding Horror/Adventure sub genre that we are seeing more and more of. Let it be known, I’m WAY into that. With the recent release of As Above So Below though, it was hard not to draw some comparisons. Pyramid simply wasn’t done with the same amount of style and care as the aforementioned film.

The characters are all but insignificant, and the actors that portray them leave a little to be desired. That may not be their fault. We just didn’t get a chance to get to know anyone. Some (very) thin relationships are explored, but never really flesh out into anything meaningful. That means when the suspense starts laying it on, you aren’t exactly invested in anyone. I found myself caring very little of who lived and who died.

At then end of the day, this is a horror film. So… does it have any scares? Sure. I found myself jumping a few times. Some of those deep chest clinching thrills. The problem, is that they were very “dirty”. Simply caused by hellaciously loud sound design and good timing. “Jump Scares”, if you will. Cheap, but effective nonetheless. Unfortunately, The Pyramid commits horror movie suicide. The most important shots of the film are ruined by absolutely horrible CGI. There are so many talented people out in the world that can make horrific creatures with practical effects. I cannot understand how crumby CGI work makes more sense for movie studios.

I could have gone either way on Pyramid, but the climax had me so frustrated that it was hard to remember the good things that the film had going for it. They’re there. They do exist, but I’d be willing to bet you forget about them too by the time the credits roll.

While I would consider Pyramid an entertaining film with some solid jump scares and neat traps – I cannot look past the horrible CGI in the climax. Pyramid could have been great. Instead, its just “Okay”.

Death, Dying, and Other Things Episode 45: The Ralgorat

Read More
Death, Dying, and Other Things Episode 45: The Ralgorat 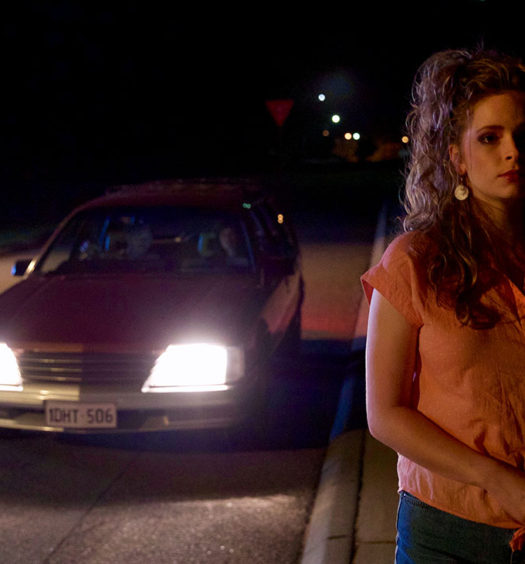