The Demolisher is a brooding examination of the concept of revenge and what it does to those who feel compelled to enact it. The fourth film from Canadian writer/director Gabriel Carrer, it is 85 minutes of intensity, featuring blasts of suspense, spurts of violence, and an urgent synth-based soundtrack from Glen R. Nicholls (a.k.a. Future Funk). It’s brutal and gripping, even though as a narrative, it is sometimes less than satisfying.

For the first section of The Demolisher, much is conveyed with minimal dialogue, an impressive feat considering that we are only introduced to a handful of characters. The opening shot is stunning: a battered, bruised, and bloodied woman cop is lying down on the floor as siren lights pulse in a nearby window. Her life is literally upside down; the camera is placed at an angle that makes it appear as if she is hanging from her feet. Then, fade to black.

Carrer and DP Martin Buzora present us with a lot of short scenes strung together through fades into black, a technique that is disorienting at first. When we begin to understand how the lives of these characters have been shattered, however, it starts to make sense.

We meet Bruce, who is married to Samantha, the same woman cop we saw in the beginning. She has been paralyzed and wheelchair bound and as a result, depends on her husband for everything. Bruce isn’t just a devoted husband. He has another life as a masked vigilante – The Demolisher – who wears a helmet that makes him look like a fearsome cross between Boba Fett and Robocop. We see this in his real-life actions (beating people to a pulp) and his dreams (which involve blood, fire, and tortured screams).

We are also introduced to Marie, as she attends a support group for insomniacs. We don’t know what happened to Marie, but like Samantha, she has a leg injury. Like Bruce, she also has dreams of vengeance. While Marie wants to be able to run as fast as she could before her injury, Bruce wants to use his fists – along with a police baton – to feel better, targeting the members of a gang known as The Mandrills. Their similarities and differences are shown in a sequence that intercuts scenes of Marie on a jog with images Bruce as The Demolisher pummeling members of the gang. Intriguingly, the score doesn’t provide a sound bridge between the scenes; the music that we hear when Marie is running ceases when we see The Demolisher in action, and is replaced with the sounds of violence. It’s a unique aesthetic choice that foreshadows what’s to come.

The Demolisher isn’t a clever superhero film with a lot of metacritical pop culture references, nor is it one in which the lofty aspirations of a tortured soul are put to the test. Its characters are normal people pushed (or pulled) into abnormal situations and trying to do the best they can.

It starts to become apparent that the lives of Marie, Bruce, and Samantha will somehow connect. We starts to wonder if perhaps Marie has also suffered at the hands of this gang. We speculate that maybe she will join forces with Bruce. Yet, that is not what happens.

Marie and Bruce do cross paths, but not for the reason we may have anticipated. In fact, it’s something so random that it hardly seems plausible. By this point, Bruce has crossed over to the dark side and has misplaced the reason why he first took on the mantle of The Demolisher. Although they never discuss it specifically, Samantha seems to know about his second life and she suspects that it’s putting her own in danger.

The Demolisher expects the viewer to watch carefully in order to be rewarded. This is something more films should aim for: less unnecessary exposition, more opportunities for thoughtful consideration. However, by not giving us more information about Marie’s past and how Samantha’s injury is related to the gang it actually undercuts the ideas that it’s trying to get across. The cult sacrifice scene is frightening but that thread is never explored further and we don’t know how it is connected to the gang activity.

Such disconnects make Bruce’s possible redemption less impactful than it should be, even as the film draws parallels between Marie and Samantha. The film’s continued reliance on slow motion footage, while possibly meant to convey that these characters are stuck, often distracts from instead of adding to the suspense.

Regardless, The Demolisher boasts some impeccable framing and impressive camera work in addition to its mostly compelling narrative. The fantasy sequence of The Demolisher in the forest is particularly striking, as is the scene where Marie waits for Bruce to come up the stairs. There are a few scenes on staircases that are repeated with slight variations to indicate the monotony of Bruce’s life as well as the similarities between him and Marie. A crane shot of Marie running through an empty mall is chilling and powerful. The soundtrack to The Demolisher is essential to its overall dark and dangerous tone, and fits nicely into the recent John Carpenter-influenced zeitgeist of films like It Follows and The Guest.

As a revenge film, The Demolisher is not what you might expect. It doesn’t follow the often clichéd trajectory of other films in that genre and is all the more refreshing for it. Despite its narrative flaws and sometimes clunky visuals, The Demolisher is a solid film containing an unexpected depth of emotional content and some beautifully shot sequences, all which combine to point to Gerard Carrer as a director with much promise.

The Demolisher is a solid film containing an unexpected depth of emotional content and some beautifully shot sequences. 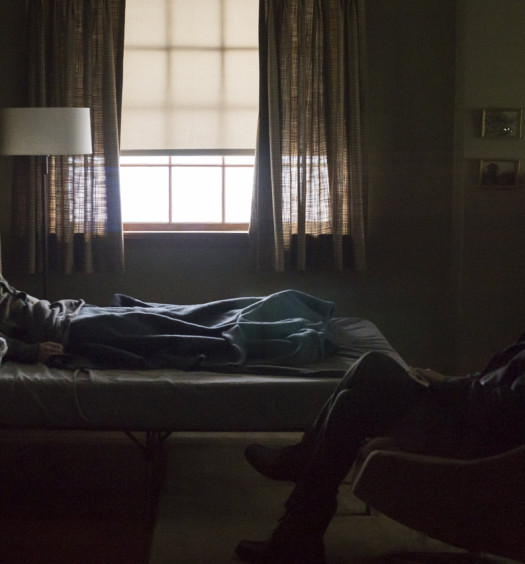 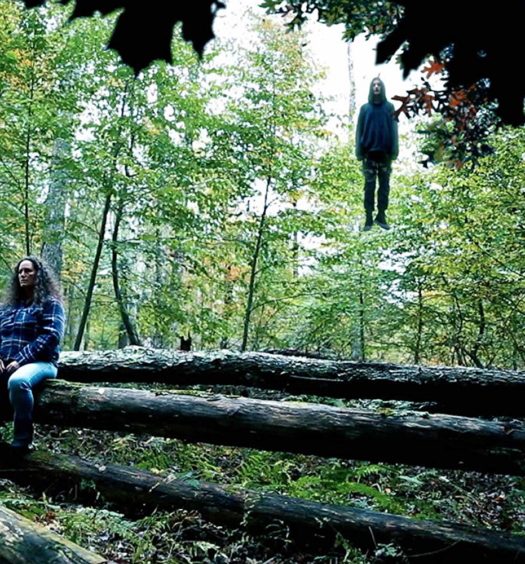