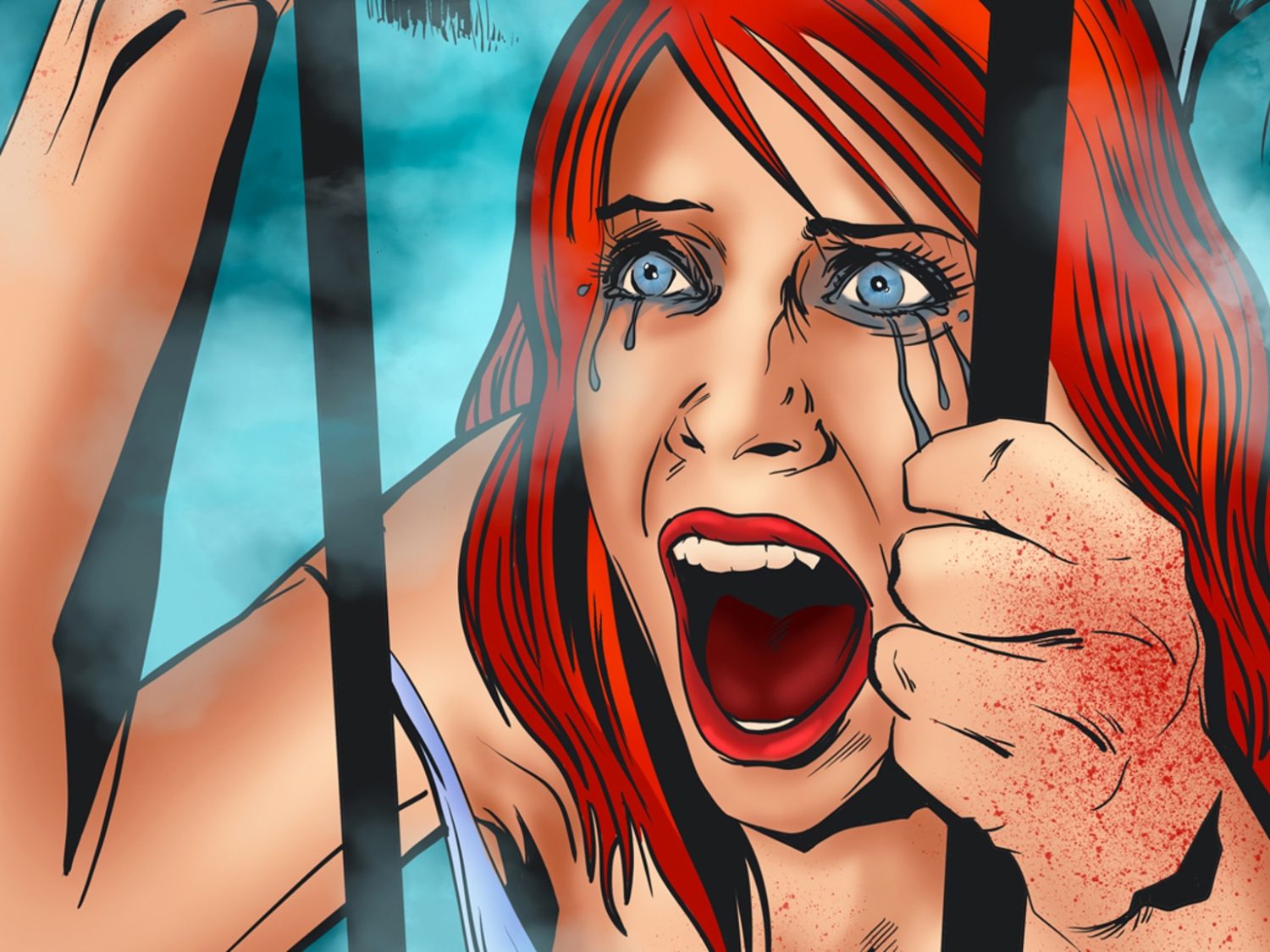 What do you think you remember about EC Comics? Is it horror? If that’s the case, you might be surprised to find that much of their output consisted of criminal suspense, political satire, and science fiction. Do you remember morality plays about evil men and women receiving ironic comeuppances? Well, there were certainly more than a few examples of just that, but not every story had a twist or even a clear villain. How about buckets of gore and murders aplenty? While the proponents of the Comics Code Authority would certainly agree with you there, some of the most worthwhile stories to come out of Entertaining Comics contained not even a single drop of blood. So what’s the unifying factor? What gave those antiquated comics the oomph that so many modern anthologies lack? 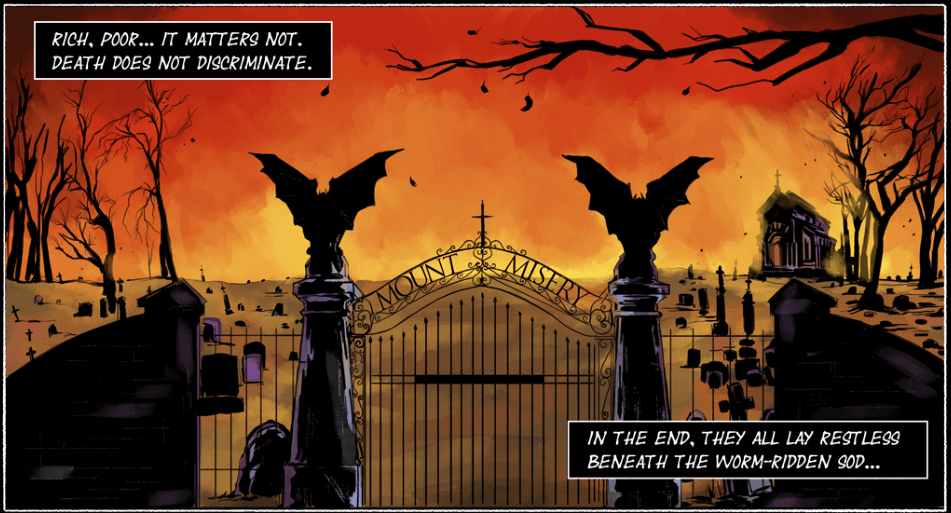 The Gates of Misery wants to be a part of EC Comics so badly that it’s not far from skinning its victims and dancing around in suits made from their flesh. By no means is that a negative quality. In the initial note from the creator and illustrator, Matthew Therrien, we’re promised Lovecraftian leviathans (we’ll come back to that one in a bit), murder, and insanity. Therrien, a film poster artist and illustrator behind Manborg: The Official Comic Adaption, certainly knows how to horrify an audience, and he has assembled a competent stable of creators here. Fans of 2012 horror film Antiviral will recognize Brandon Cronenberg, who has made a legitimate effort to be recognized as more than a family name. Other contributors include Jon Knautz, creative talent on Jack Brooks: Monster Slayer, the criminally underrated Girl House, and a wonderful short film called Still Life; and Dave Alexander, editor of Rue Morgue magazine.

[pullquote align=”right” cite=”” link=”” color=”#b20000″ class=”” size=””]The Gates of Misery wants to be a part of EC Comics so badly that it’s not far from skinning its victims and dancing around in suits made from their flesh.[/pullquote]

Much like Tales from the Crypt, the reader is introduced to the stories through an omniscient narrator: in this case, the Mount Misery Cemetery itself. Our MC, the MMC, promises us fear, pain, and death. Does it deliver?

The first story, “Re–Phase Malfunction,” is your typical “. . . and then they will all pay/what hath science wrought?” tale of morality. Therrien’s art is beautiful and reminiscent of watercolor, but there’s not much more to be said for it than that.

The next story, “Death in Li Tolqa,” is the clear stand–out of the issue. Cronenberg has written a story that says something without needing to say much of anything. Like the best anthology pieces, it’s short enough to make repeated readings a non-chore and deep enough to make them worthwhile in the first place.

The third story, “Darrel and Lenny,” is really, really dumb, and intentionally so. Knautz and guest illustrator Andrew Barr completely achieve what they set out to do: craft a simple story of violence, profanity, and the kind of casual racism you would expect from a trashy horror rag. It’s fun, but it doesn’t quite fit in with its fellow tales of more serious horror.

The final entry, “The Cowboy Underground,” is a simple three–page “be careful what you wish for” one–two punch. It’s the kind of story you can’t talk about without spoiling.

[pullquote align=”left” cite=”” link=”” color=”#b20000″ class=”” size=””]The one unifying factor that has resulted in the creation of The Gates of Misery and that could also be found throughout Entertaining Comics is a genuine love for the genre.[/pullquote]

As a whole, is The Gates of Misery worth reading? To answer that, let’s return to that initial promise of Therrien for a Lovecraftian leviathan (which he only kind of delivered on). Unlike Lovecraft and the kinds of horror comics that really stay with you after you’ve put them down (like, say, Bernie Wrightson’s “Jenifer” or Johnny Craig’s “. . . And All Through the House. . . ”) there’s a lot of terror and not much dread. That being said, there is something to be found here akin to what made EC Comics eventually stand the test of time. It’s the potential for a punch. The one unifying factor that has resulted in the creation of The Gates of Misery and that could also be found throughout Entertaining Comics is a genuine love for the genre. The endings may be ironic, but the intentions behind them are sincere. Given time, there will come pitches – germs of ideas so pure that not only can they exist in only seven pages of a single comic issue, it would be unthinkable for them to not exist at all. It happened for EC Comics, and it can happen here, too.

Keep an eye on this one. 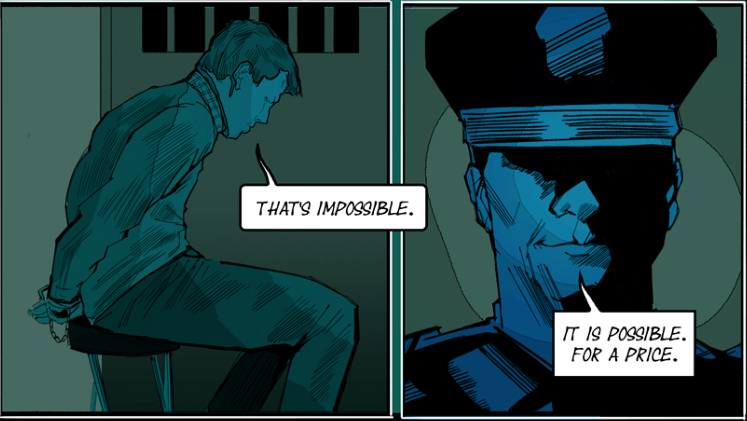 Despite only having one truly stand–out story out of four, the first issue of The Gates of Misery has potential. 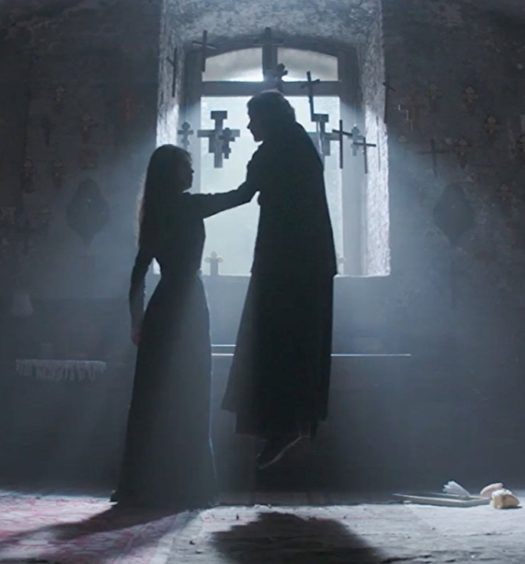 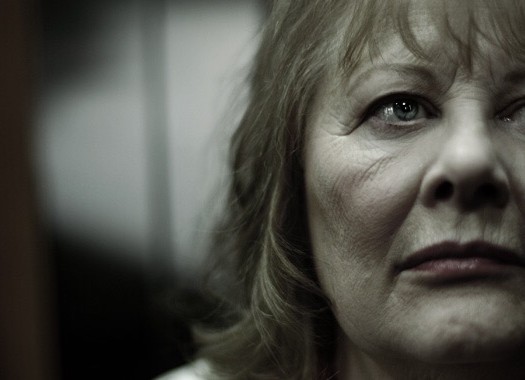