5 Films That Showcase the Wrath of Mother Nature

It’s Earth Day, folks–which means we’re suppose to recycle, use less energy, plant more trees, and all sorts of other green stuff. However, we all know that doesn’t apply to most people. If Mother Nature had humanistic characteristics it would surely punch us humans square in the face for our negligence…but it doesn’t. Instead, when we piss off Earth it responds in other ways; such as earthquakes, snow storms, and population-wiping diseases. Here are five horror movies that show the havoc Mother Nature can cause if you anger her. Happy Earth Day!

The Ruins
A group of friends takes a trip to Mexico before they head off to college. And what do group of young ones in horror movies usually do? They drink themselves stupid and make poor decisions such as going to a forbidden area even though all signs tell them otherwise. When they arrive at the ruins they find themselves surrounded by an indigenous group who refuse to let them leave. Forced to stay at the ruins they soon realize it’s not the indigenous people they should fear, but the flesh hungry plants that not only colonize their bodies but mentally manipulate them as well. Killer asshole plants…yeah I think this movie takes the cake in our angry Mother Nature list. 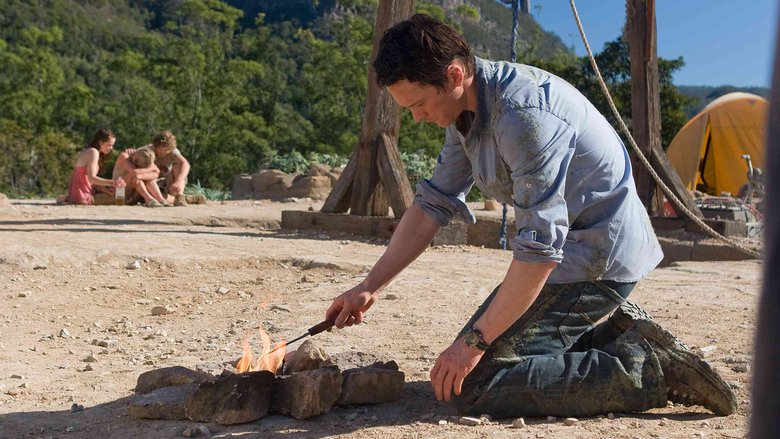 Frozen
Childhood friends Joe and Dan, go snowboarding every winter. This year Dan decides to bring his inexperienced girlfriend, Parker. So when their first round of skiing doesn’t go as planned, they decide to go for a second. They convince the ski lift personnel to let them go on one last late night trip, but one misunderstanding leads to another and the three of them find themselves stranded on a still ski lift in the middle of the night. The group goes into panic mode when they realize the ski park doesn’t open for another week. When Mother Nature strikes them with a snow storm, the three quickly realize that they have to make a decision fast before the cold consumes them all.

Aftershock
When Ariel, Gringo, and Pollo travel to Chile, they expect good ol’ friend-bonding, alcohol, and beautiful women. Everything goes according to plan once they find themselves in a swanky nightclub, but then a massive earthquake strikes. Not only does the quake kill many, but it lets criminals in the local prison loose to terrorize the townsfolk. Chilean residents find themselves not only running away from murderers and rapists, but a possible aftershock that could lead to a tsunami. This isn’t really about mother nature being pissed off, it’s more about living, or traveling, to a place located on a fault line. Nonetheless, it’s interesting to see how a natural disaster can divide people into groups; ones who are hospitable and kind, and those ready to kill just because they have the opportunity to. 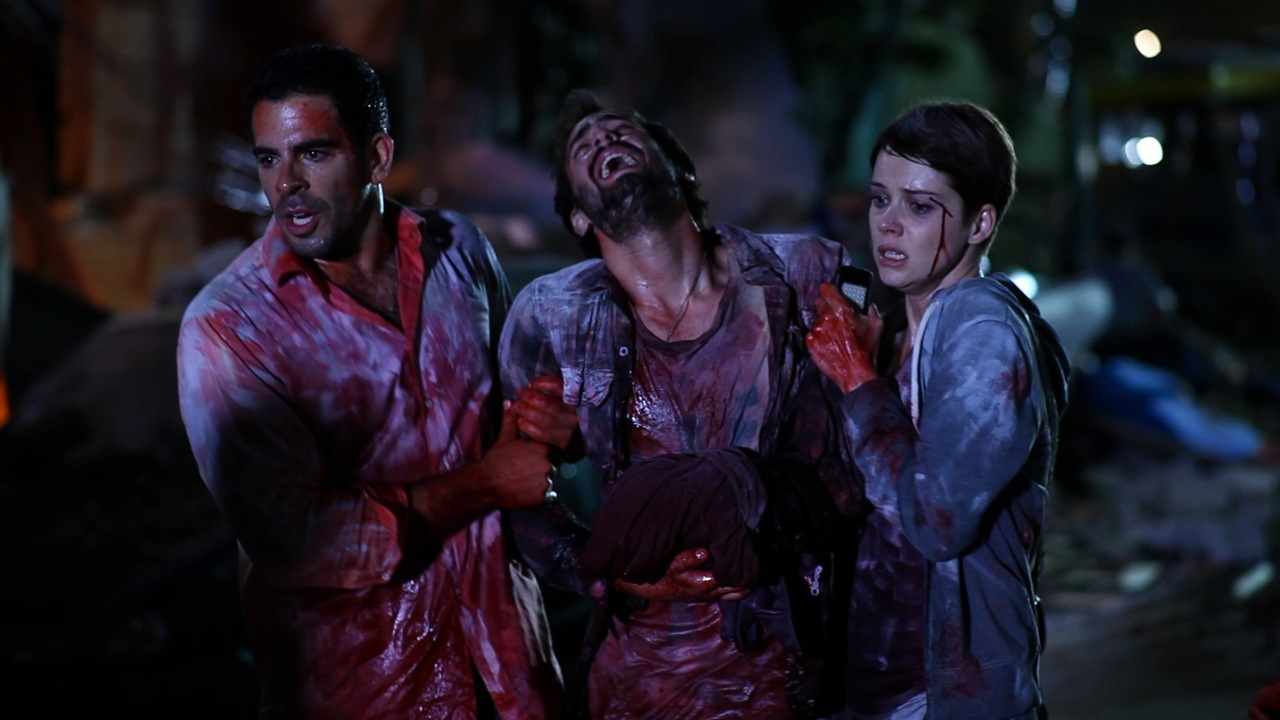 They Bay
If there is anything we learned from The Bay, it’s “don’t mess with prokaryotes”. In case you didn’t pay attention in your high school biology class, prokaryotes are single cell organism such as algae. Two marine biologists find toxins in a sample algae picked up near Chesapeake Bay. After examination they found out the algae contains high level of toxins. Soon they find a deceased fish with number of micro-organism attached to it. Soon after the government figures out that the toxins were caused by contaminated chicken waste that was being dumped into the water, mutating the cymothoa parasite turning them into deadly creatures which seek a human host. Recycling doesn’t sound so bad now does it? 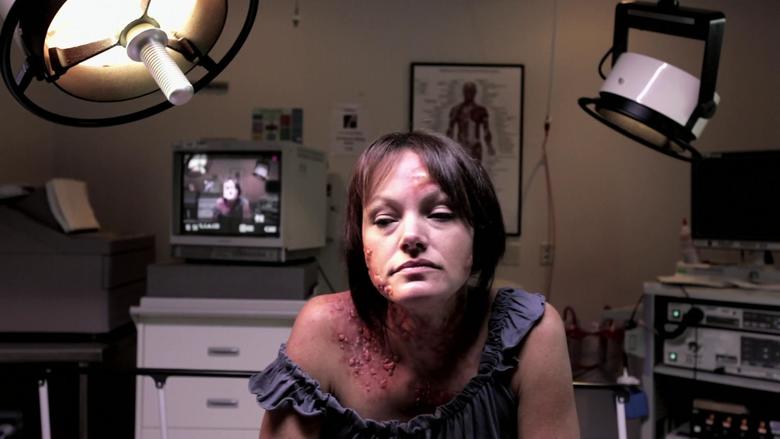 This is more of an honorary mention since this is the only movie where nature gets frisky in the most rapey way possible. Sam Raimi took tree hugging to a whole new level in the original 1981 The Evil Dead when he had an unusually long tree rape Charyl. When the new Evil Dead released in theaters in 2013, the question everyone had was “is the ‘tree scene’ going to be portrayed in this film as well?”. The audience wasn’t disappointed when they saw that Fede Alvarez inserted his own version of the tree scene into the remake. Horny tree branches preying on a helpless girl? Yeah–if you have a love for trees, this is the time to question it. 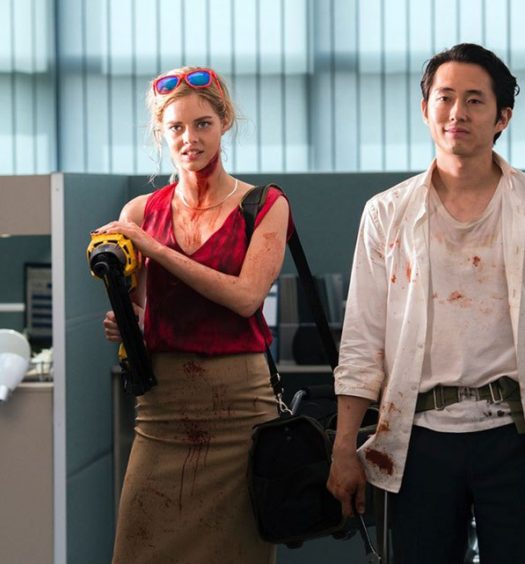 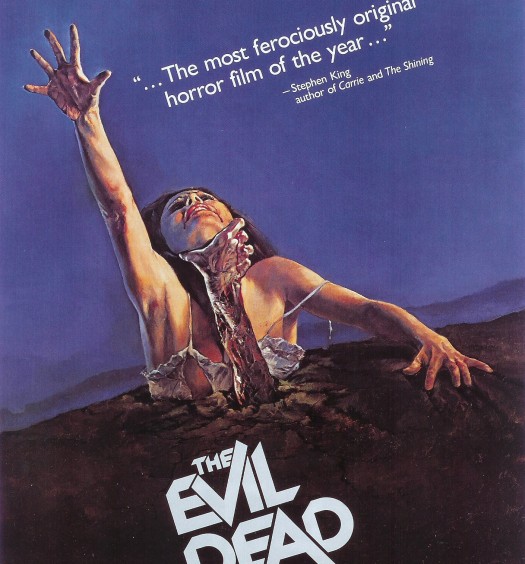