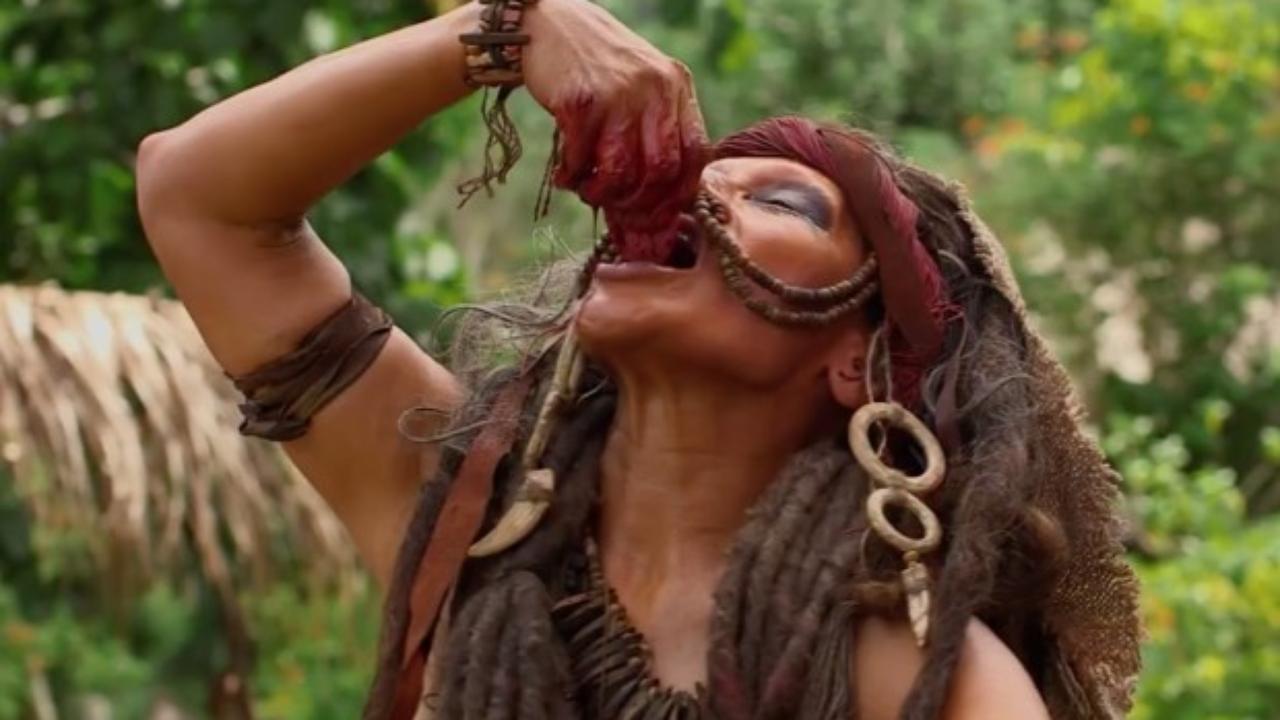 I’ve heard some people say that 2015 has been a bad year for horror, and I just can’t agree with that. With Thanksgiving coming up, I’ve been thinking about what I’ve been thankful for this year when it comes to horror.

Shudder is one of the coolest things to happen to horror fans in recent memory. At Modern Horrors, we’ve frequently declared our love for the service. Just in case you’re not too familiar with it, it’s essentially a Netflix-like streaming service dedicated strictly to the horror genre. They have an amazing collection of films from numerous subgenres and a ton of titles that you can’t find available to stream on Netflix.

Not only do they have different titles, but they have interesting ones. The selection is carefully curated by people who know the genre so even though you may not love every single film, you can usually at least see the appeal for someone. Honestly, I’ve just been completely blown away by the selection of films. I’ve been watching a ridiculous amount of horror movies since I was very young, I can’t believe how many titles they have that I still haven’t seen (and actually want to see). All of this for $4.99 a month, which is less than a new release rental on VOD or a movie ticket. 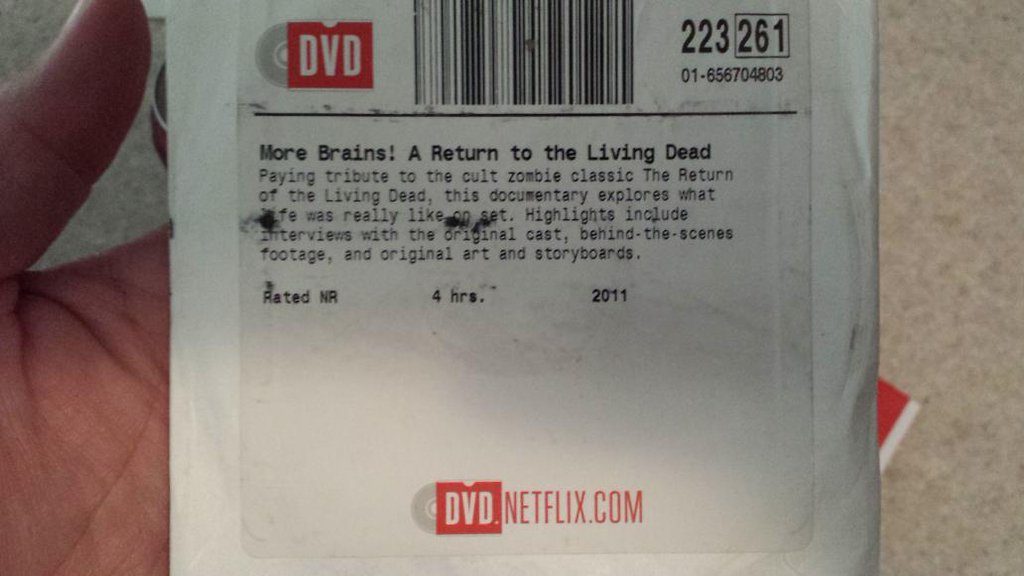 As thankful as I am for Shudder, I don’t want to shit on Netflix here. I’m thankful for Netflix in general not only for pioneering a new way to consume entertainment, but also for its legacy DVD service, which let’s not forget also pioneered a new way to get movies and TV shows.

I was an early subscriber to Netflix well before streaming was a thing, and the concept of having discs delivered to you without the threat of late fees was truly revolutionary. Frankly, I still appreciate it as much today as I did back then. The primary reason it’s still completely relevant is that it has an enormous catalog of titles you just can’t easily find available for streaming, and of course all the video stores are gone. Redbox is convenient on occasion for newer releases, but you’re not finding old Fulci films or Wake in Fright at a kiosk outside of the gas station. 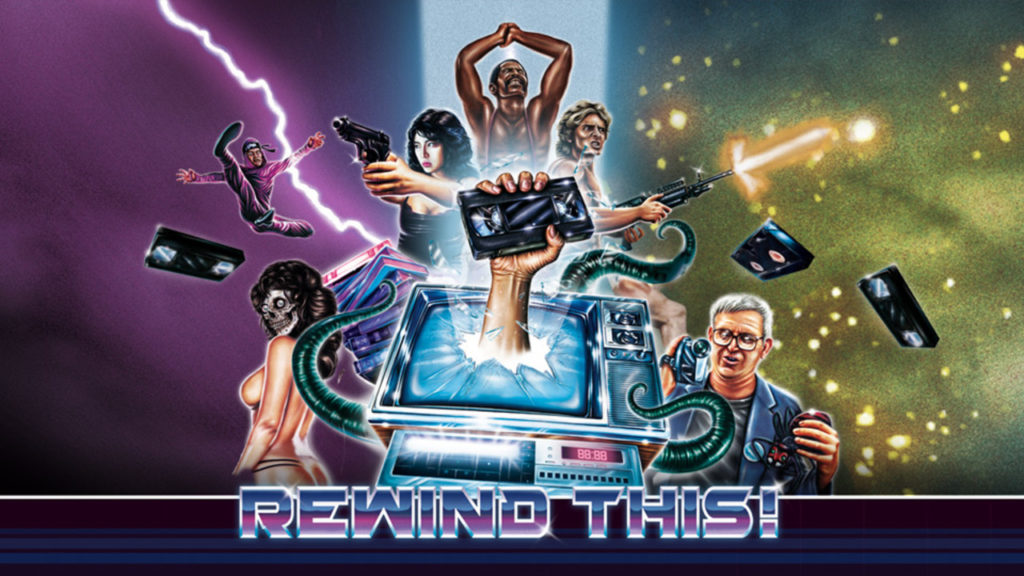 As long as we’re talking about formats, I want to acknowledge VHS tapes here too. Like most people I had pretty much gotten out of the habit of collecting and watching VHS tapes, but that itch of nostalgia has been getting to me a lot this year. I recently watched a pair of documentaries on the subject of VHS – Rewind This and Adjust Your Tracking – and they really drove home the point that it’s really about much more than nostalgia.

There are so many movies that just never made the jump to DVD or beyond and that exist in home video form solely on VHS. Many VHS titles came with amazing boxes and art as well, and this stuff is often lost in the translation to other formats.

Now I find myself keeping an eye out for interesting tapes at flea markets, Goodwills, etc. It helps that you can often find such treasures for a dollar or less. I don’t consider myself a collector anywhere near the level of those depicted in the documentaries by any means, but I’ve found a new appreciation for VHS tapes and have been utilizing VCRs again more lately. Besides, I still have that copy of Demon Wind.

4. Ariescope and The Movie Crypt 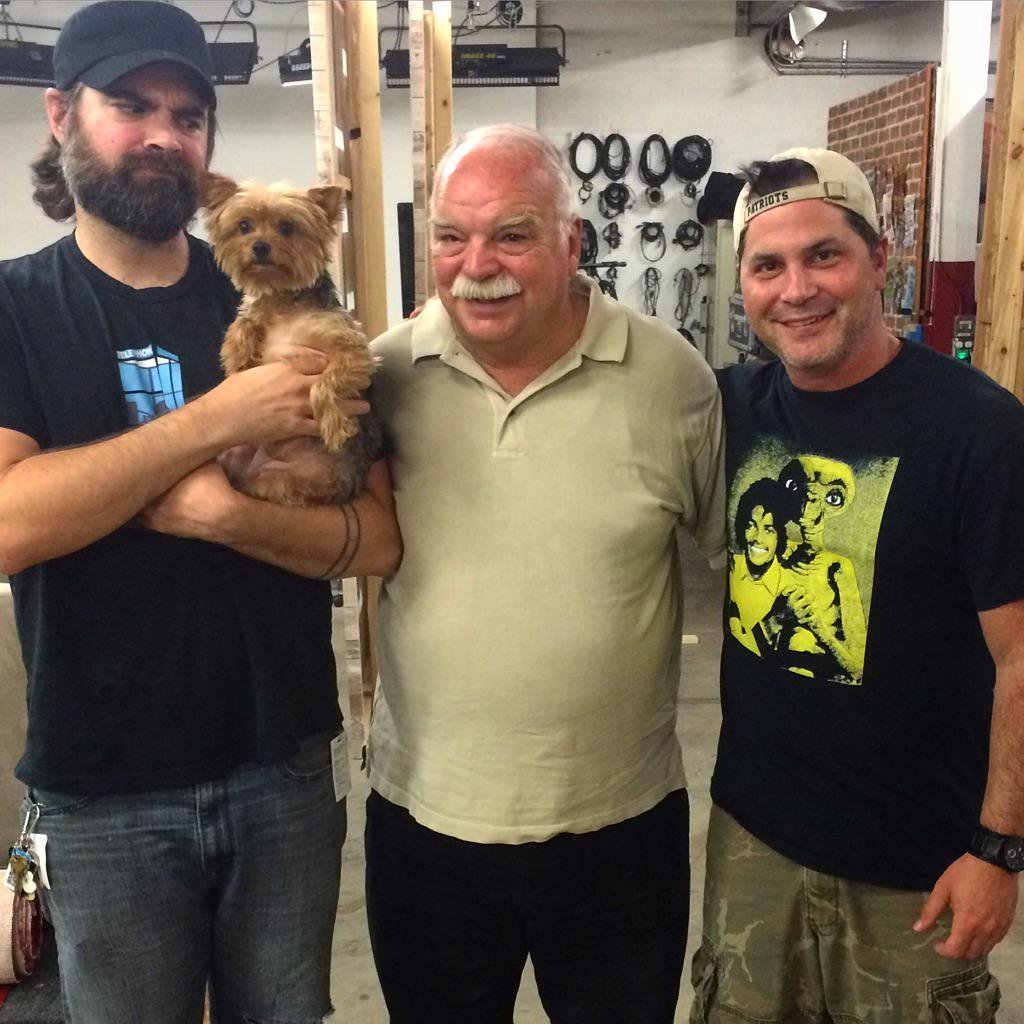 I was pretty late to the game here, but for me personally, 2015 has been the year of Ariescope and The Movie Crypt. I’ve long been vaguely aware of Adam Green as a filmmaker since Hatchet came out, but the film wasn’t really my cup of tea when I saw it as a new release. I didn’t hate it or anything, but it just didn’t leave a huge impression on me. Over the years I would see his name come up a lot, but I just didn’t pay much attention. I even watched Frozen a few years ago on DVD and loved it, but for some reason just didn’t make the connection that I was watching a film made by “the Hatchet guy”.

Early this year I had the opportunity to review a screener of Digging Up the Marrow after hearing some buzz about it, and quite frankly, it really opened my eyes to Green and Ariescope and just how much they contribute to the genre and community at large. I like Digging Up the Marrow a lot as a movie, but I like it even more for that reason. In case you’re not familiar with it, it’s essentially a fictional documentary. It follows Green and his cinematographer/friend Will Barratt on a quest to find real-life monsters. The entire cast (other than one person – Ray Wise) play themselves, or at least fictionalized versions of themselves. For this reason, we get a glimpse into who Adam Green is as a person and what Ariescope is all about.

Long story short, after seeing the movie, I began to consume pretty much everything related to Ariescope I could squeeze in. I bought some of Green’s films (albeit in digital form) including Hatchet, I watched (and enjoyed) the Hatchet sequels on Netflix, I checked out Spiral via Netflix DVD, watched Chillerama on Netflix Streaming, checked out Grace via Shudder, and I binged the first season of Holliston on Hulu. Eventually, I fully intend to buy all this stuff. I’m getting there a little at a time.

Perhaps most importantly, I began listening to The Movie Crypt, a weekly podcast Green hosts with filmmaker Joe Lynch. I’ve spent hours upon hours this year listening to just about all of the back episodes as well as the new ones. If you are a listener, you know how great it is, but if you haven’t listened to it, let me tell you why I think it is.

The Movie Crypt has made me appreciate movies (not just Ariescope movies) on a whole new level. It’s just opened my eyes so much to the process of getting films made. I’m not a filmmaker. I watch movies and I like to write about them. That’s my connection to the industry. But listening to all the stories from people serving in so many different roles within that industry, I just can’t help but feel a new sense of empathy for all involved. Ultimately, I find that it has given me a great deal more perspective in how I think about films both when I’m watching them and writing about them. It may sound corny, but that’s truly something special, and I’m incredibly thankful that Green and Lynch do this each week.

Beyond all of that, Ariescope began pushing out several new original web series this year in Adam Green’s Scary Sleepover, 20 Seconds to Live, and Horrified. I’ve enjoyed them all and look forward to more (the next season of Scary Sleepover is coming in January).

I would be remiss to not mention that through all of this, I’ve also been turned on to the talents of Joe Lynch. His latest film Everly is badass and he recently directed the new music video from one of my favorite bands in Faith No More. I also learned that he was responsible for Uranium, which I used to watch a lot in the early to mid 2000s. The guy has been directly involved with entertainment I’ve consumed for that long, and I’m happy to have become enlightened about that fact.

5. A Good Year for Movies 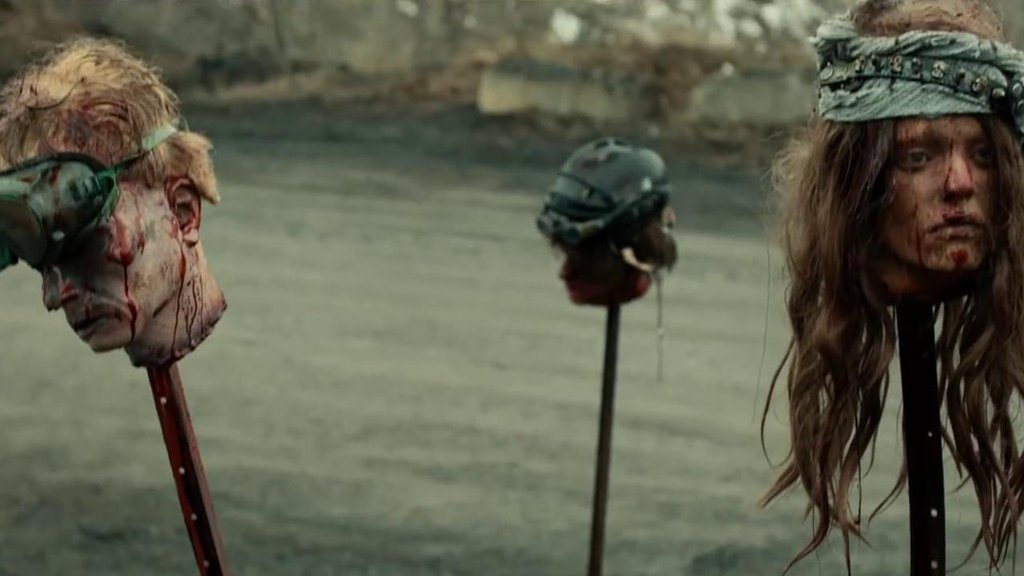 When people say that this has been a shitty year for horror, they’re mostly talking about the movies that have been released. In that regard, I couldn’t disagree more. I’ve probably watched more movies this year than in any other year of my life, and the vast majority have been horror. Granted, many of those have been from years past, but I’ve seen more than a handful of new releases as well.

I don’t think I’m sugar-coating it when I say that I’ve enjoyed most of them. Some I have absolutely loved, and many others I would still rewatch. Following are movies I’ve enjoyed this year in no particular order. Again, some I like more than others, but in general, I’ve liked all of these (even if some aren’t pure horror):

There are others that have disappointed me, but I still wouldn’t consider bad films and others still that I expected to not like at all, but found to be a little better than expected. I didn’t see many that I absolutely hated, and there are others that I have yet to see that I do expect to enjoy.

The point is that I’ve seen a lot of movies I liked this year, and to me 2015 has been far from shitty in that regard. I’m thankful that despite all the challenges filmmakers face in getting their movies made, many are still finding ways to get interesting films made. They don’t always make it to wide theatrical releases, but for that reason, I’m also thankful for the VOD format. I realize that much of this article has been about streaming services and older formats, but VOD makes it easy to buy and rent films, both of which help the filmmakers. Don’t shy away from this viewing option. Support new movies, and show the powers that be that you want interesting ones and not just generic bullshit that so often plagues movie screens.

Bonus
I’d be lying if I didn’t say that I’m insanely thankful to have two new Eli Roth-directed movies. I’ve been a big fan of the director since Cabin Fever, and until this year, his last directorial release was Hostel: Part II. I know it’s an unpopular opinion for some reason (which I still don’t entirely understand), but that’s one of my favorite horror movies since the turn of the century. Very glad to have Roth back.

What are you thankful for this year? 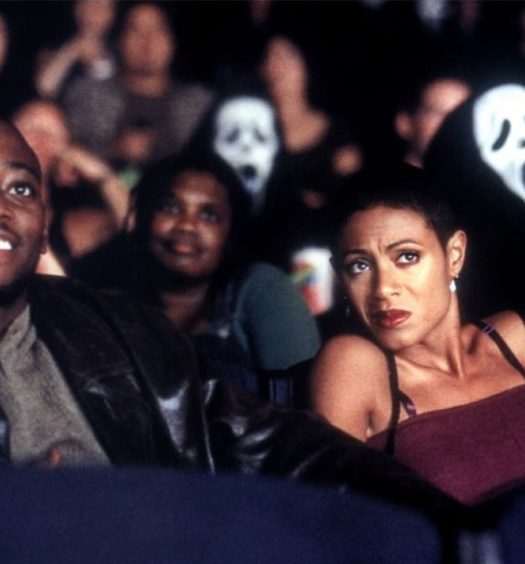 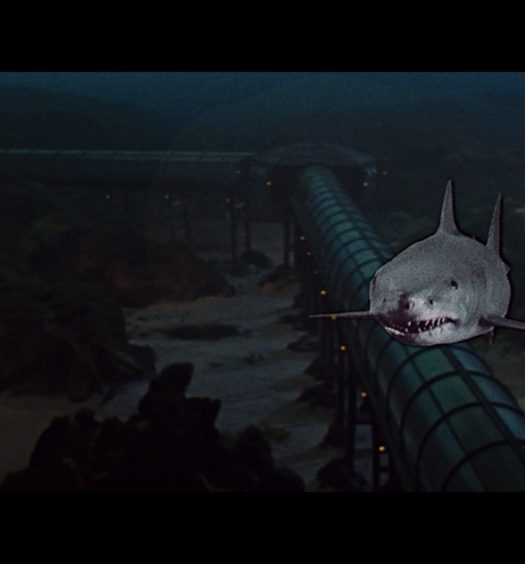