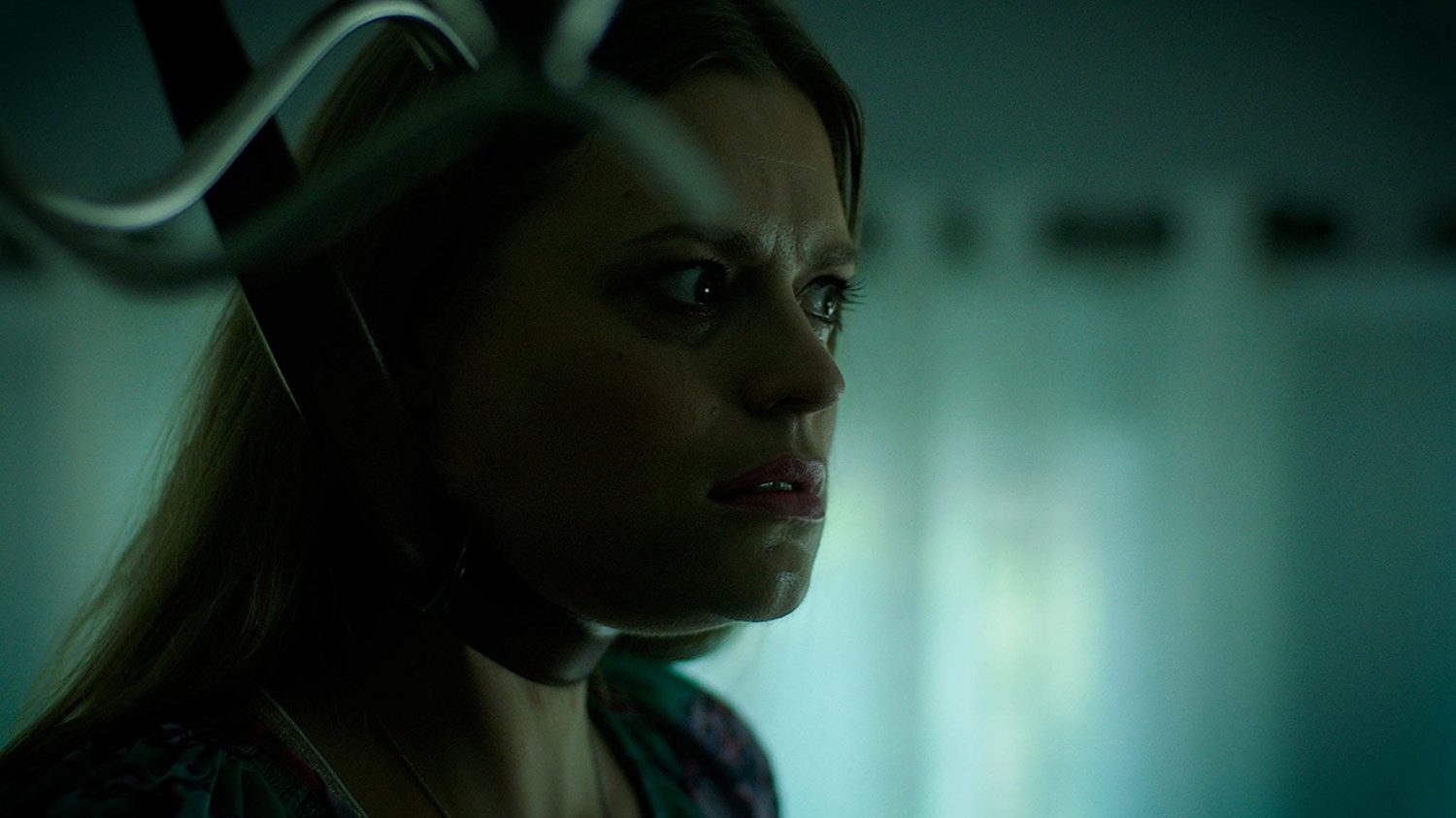 What would you do if your husband routinely spent 18 hour days “at the office” only to come home smelling like perfume? While traditional horror films have their own set of revenge tropes for such situations, Bitch offers an alternative: adopting the persona and psyche of a vicious dog. With such a simple, yet bizzare, premise, director Marianna Palka tells a uniquely original story of neglect and betrayal. While not fitting squarely within the horror genre, Palka delivers dark, emotional subject matter in a humorous way while still providing key moments of tension on par with the best indie horror has to offer.

Jason Ritter (Freddy vs. Jason, Swimfan) stars as Bill, the philandering, neglectful husband. His wife-turned-dog, Jill, portrayed by Palka herself (Contracted: Phase II, Glow), essentially forces Bill to step up and take care of their four kids, despite the fact that he literally knows nothing about his own children. Jamie King (Silent Night, My Bloody Valentine) co-stars as Beth, Jill’s sister who helps care for the kids. Rounding out the family are a slew of veteran Nickelodeon and Disney Channel child actors, all of whom deliver superb performances on par with the adults.

on par with the best indie horror has to offer

In a fitting metaphor, Jill’s canine persona reflects that of her human experience. That is, she exhibits behavior toward humans consistent with how a neglected dog behaves by constantly barking, snarling, and snapping at her husband, sister, and even the kids. As a result of this behavior, the family confines Jill to the basement, where she literally lives, eats, and sleeps covered in feces. Ultimately, Bill must sort out his priorities in order to reclaim his family unit. While some of his selfishness and arrogance may be overplayed for comedic effect, Palka’s script deliberately shows the audience that he is not beyond redemption.

Complementing the brilliant writing and acting, Bitch also features expert cinematography by Armando Salas, known for TV series such as Mr. Mercedes and From Dusk til Dawn. Salas’ composition and lighting rival that of any major studio film, perfectly serving the mood of each scene. In particular, the film delivers key moments of action and tension, avoiding any mood-killing slapstick, cartoonish humor. In other words, this ain’t Wilfred. Instead, like all good dark comedies, the humor flows naturally from the story’s inherent pathos.

Ultimately, while not technically a horror film, Bitch offers many things horror fans (in particular, indie horror fans) appreciate, and not just because the female lead spends much of the runtime covered in feces. Indeed, Palka directs several key scenes, including through both photographic style and editing, in a manner consistent with horror, conveying an appropriate amount of tension, dread, and emotion, making her film a solid recommend.

Bitch is currently available on VoD. Bring a chew toy. 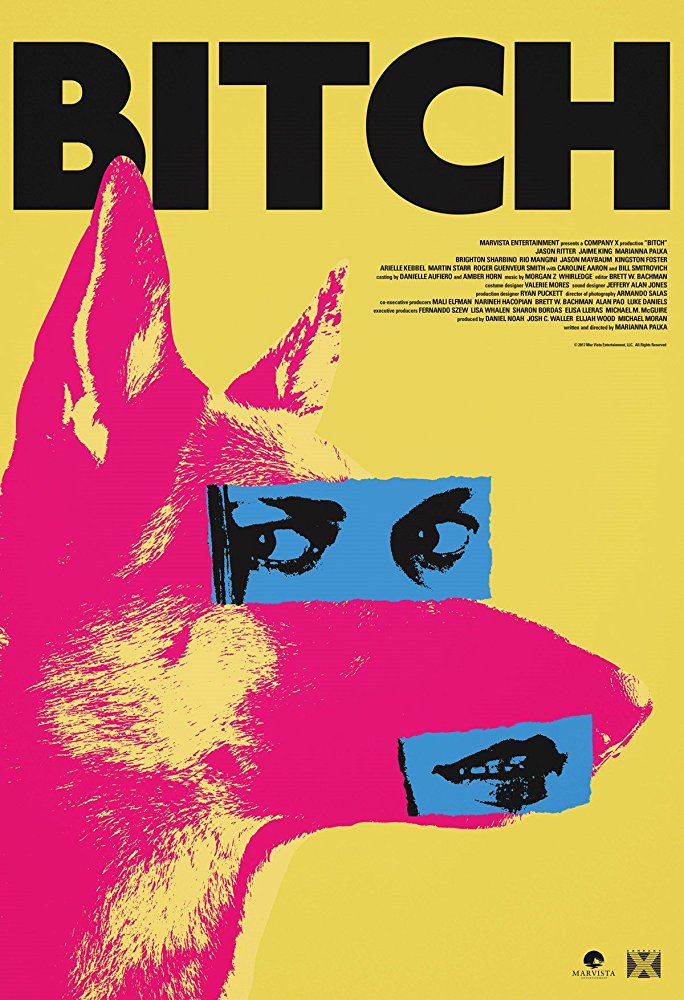 Bitch offers a respite from traditional revenge thrillers by highlighting a darkly comedic tone and uplifting message, while still delivering thrills and tension where appropriate. 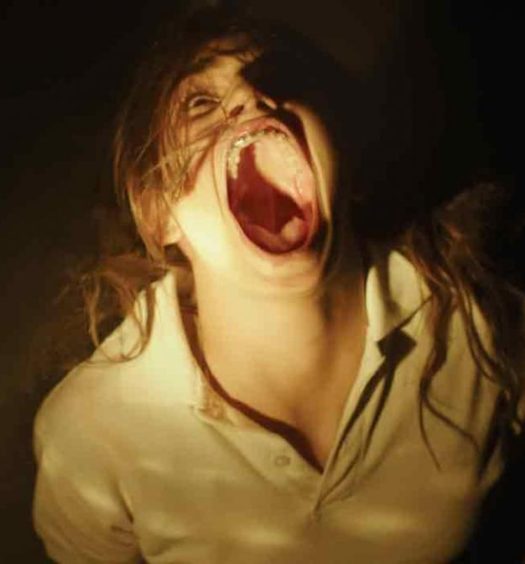 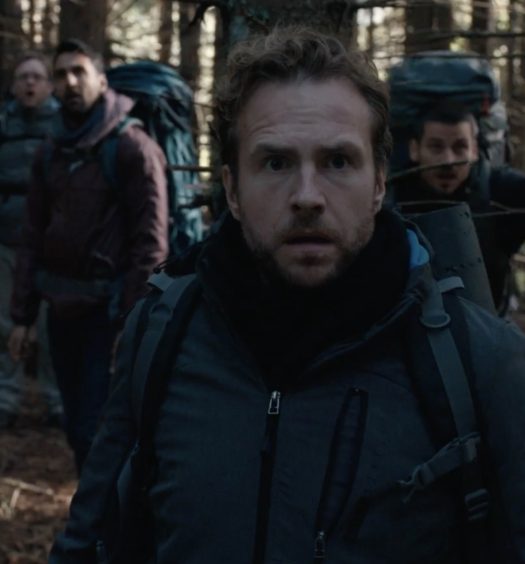