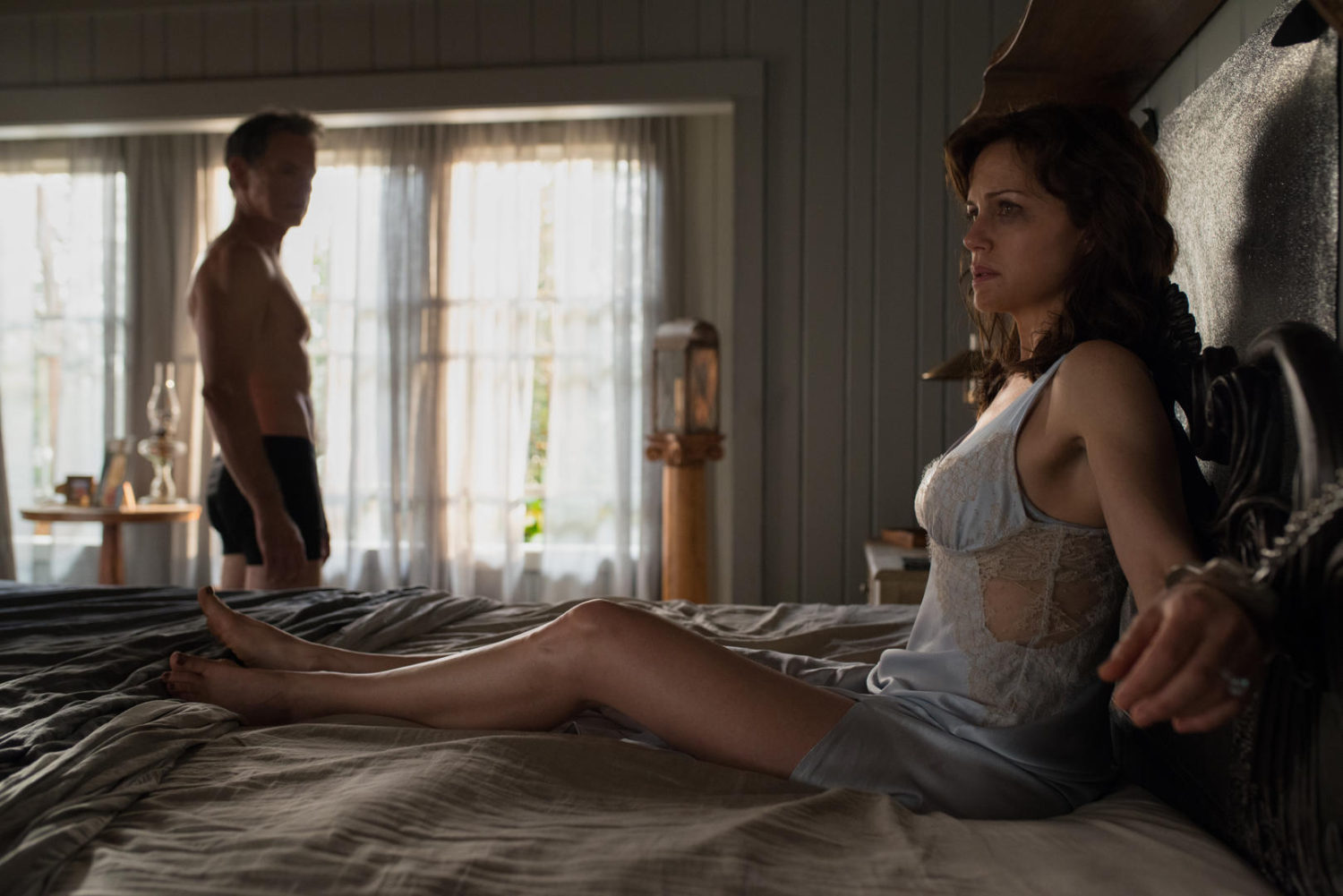 With Fantastic Fest set to commence its 13th installment this Thursday, we’re about to embark on the best week of the year for genre fans. The lineup is major this year, with a multitude of Stephen King adaptations, festival favorites, surprise international films, a closing party to feature all 32 members of Itchy-O’s lineup at a yet to be disclosed location, and so, so much more. It’s been difficult to hone in on the best of the best, but here’s what we’re most anticipating this year: 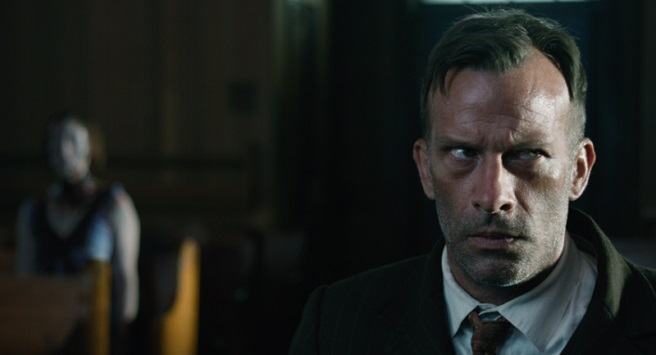 1922 is based on Stephen King’s 131-page story telling of a man’s confession of his wife’s murder. The tale is told from from the perspective of Wilfred James, the story’s unreliable narrator who admits to killing his wife, Arlette, in Nebraska. But after he buries her body, he finds himself terrorized by rats and, as his life begins to unravel, he becomes convinced his wife is haunting him.

Why we’re excited: A surprise Stephen King adaptation no on saw coming. Bonus that this one looks to be uber creepy.

Anna and the Apocalypse 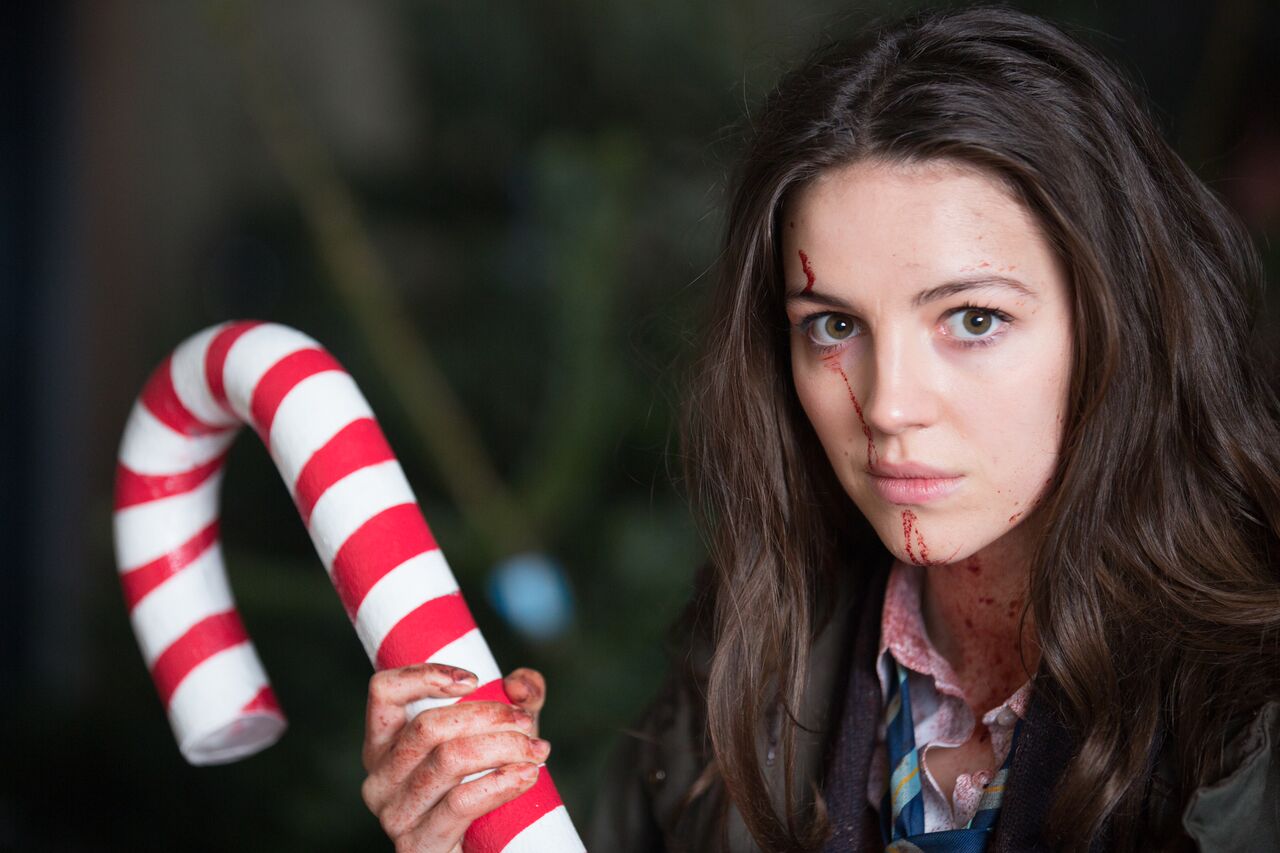 Anna’s life is dominated by the typical concerns of her youthful peers until the Christmas season in her small town brings not Santa, but an outbreak of the undead in this genre-mashing holiday horror musical. Yep. Musical. 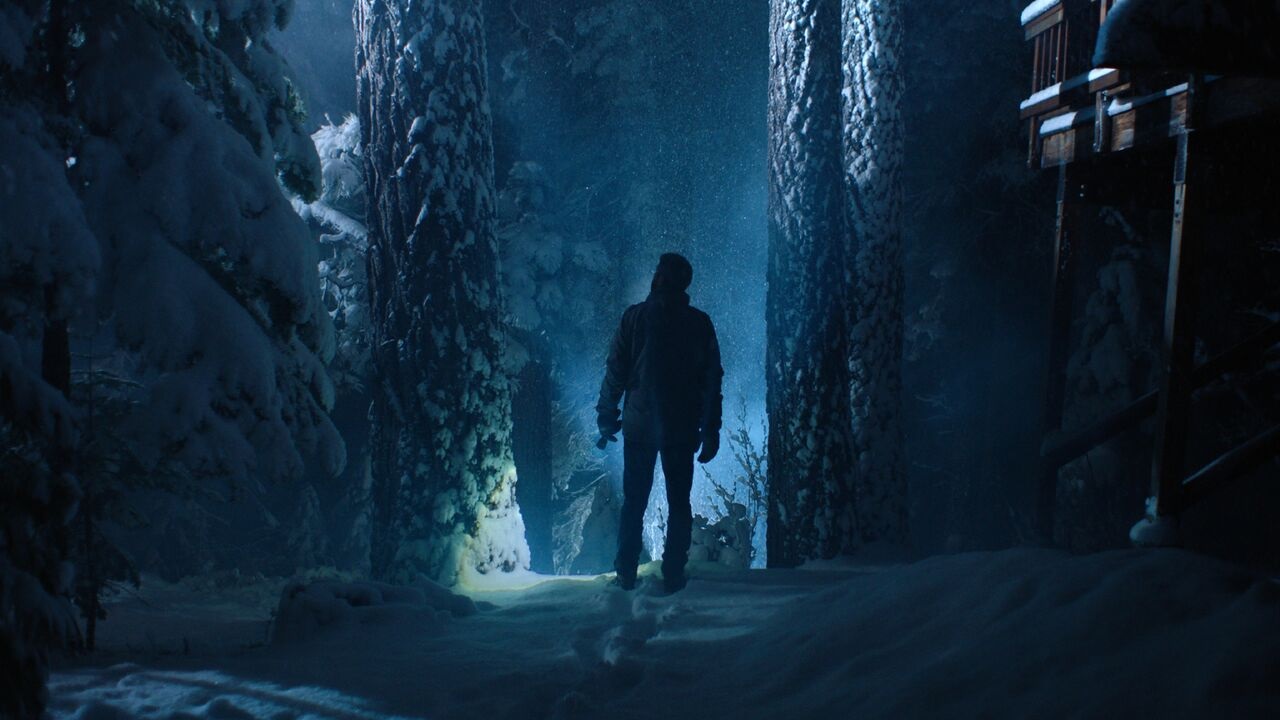 An idyllic weekend vacation to a secluded cabin turns deadly when the Pollack family discovers an unconscious woman whose sinister plans will pit the family members against each other.

Why we’re excited: A vacation to a cabin in the woods is one of the best set ups in horror. That this also stars horror vets A.J. Bowen, Brea Grant, and the always lovely Barbara Crampton makes this a must see. 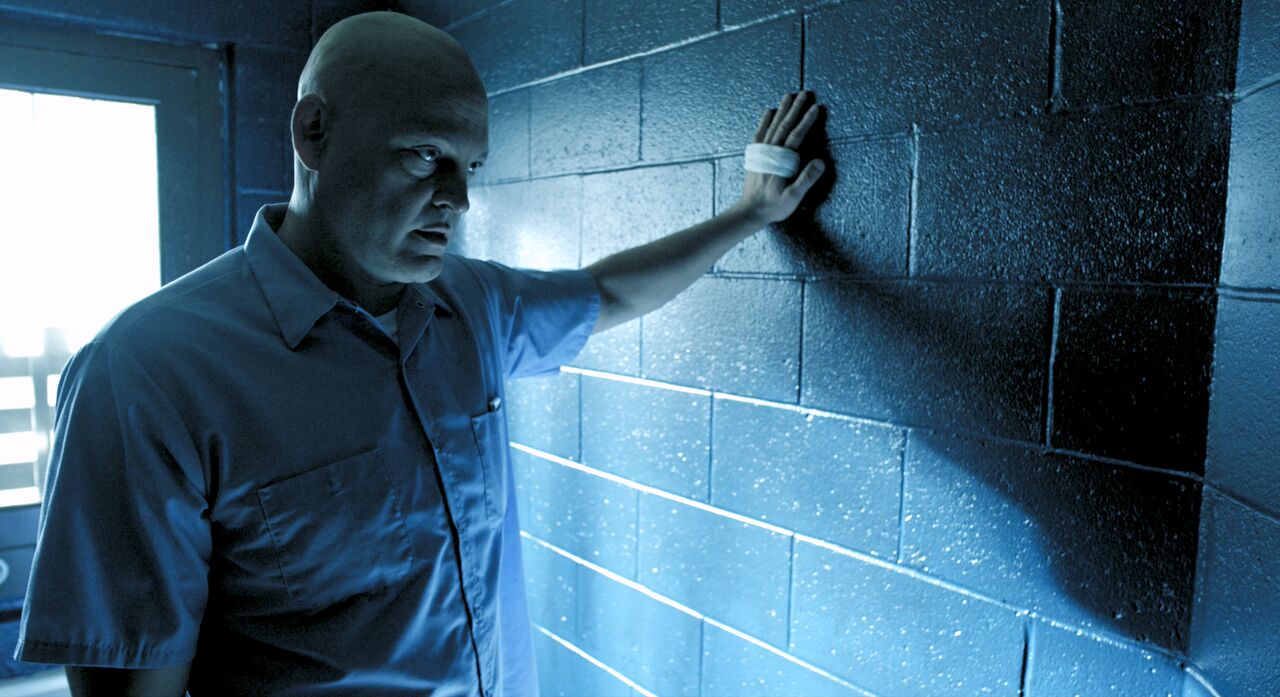 S. Craig Zahler (BONE TOMAHAWK) returns with his sophomore feature, BRAWL IN CELL BLOCK 99. An exhilarating exercise in analog violence, CELL BLOCK follows the brutal exploits of a former boxer who finds himself incarcerated after a drug deal goes wrong. Trapped in a maximum security facility, he must fight to stay alive and to protect those he loves.

Why we’re excited: S. Craig Zahler knocked us off our feet with Bone Tomahawk. I bet this will do the same. We’re dying to see what could top the shocking “Indian Pistachio” death scene. 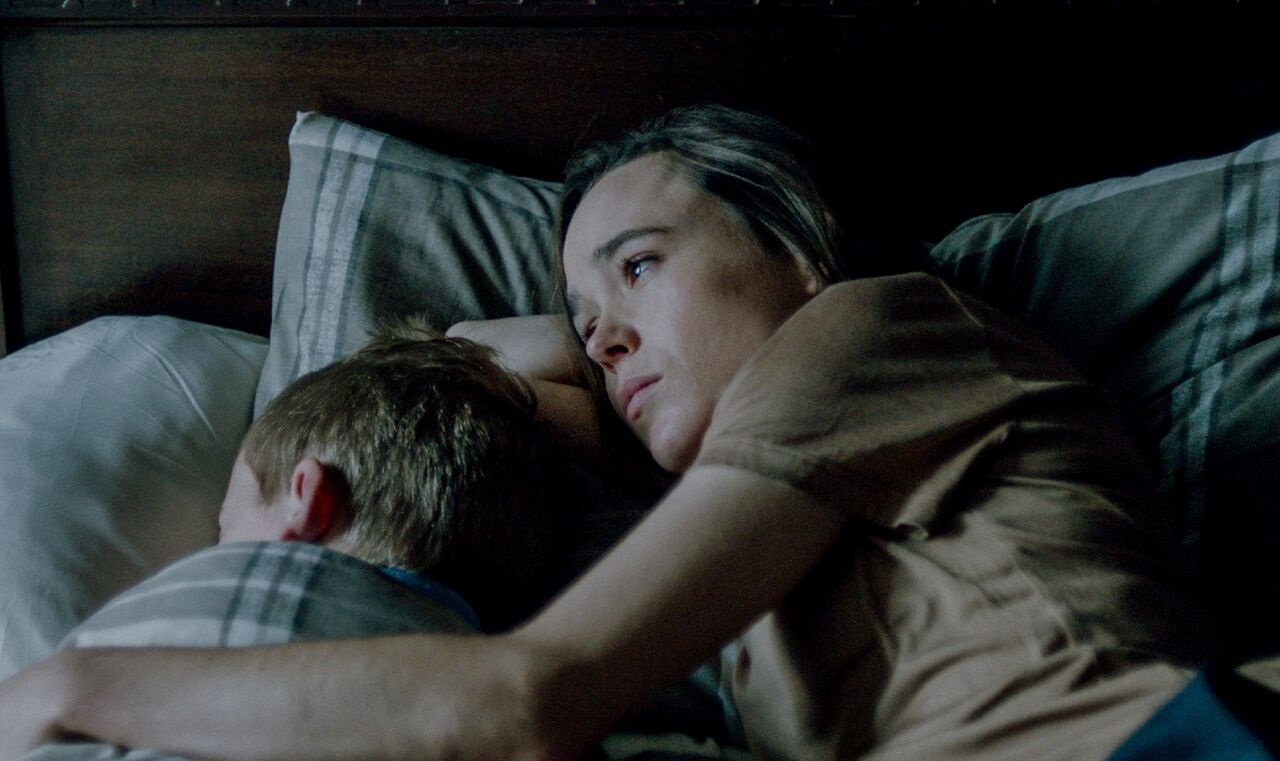 A zombie virus has hit the world… but it has been cured. What’s next for the ex-zombies who have returned to normal? David Freyne’s debut feature throws lots of food for thought into the mouth of your mind.

Why we’re excited: The aftermath of a zombie outbreak? Where the virus has been cured? Color us intrigued. 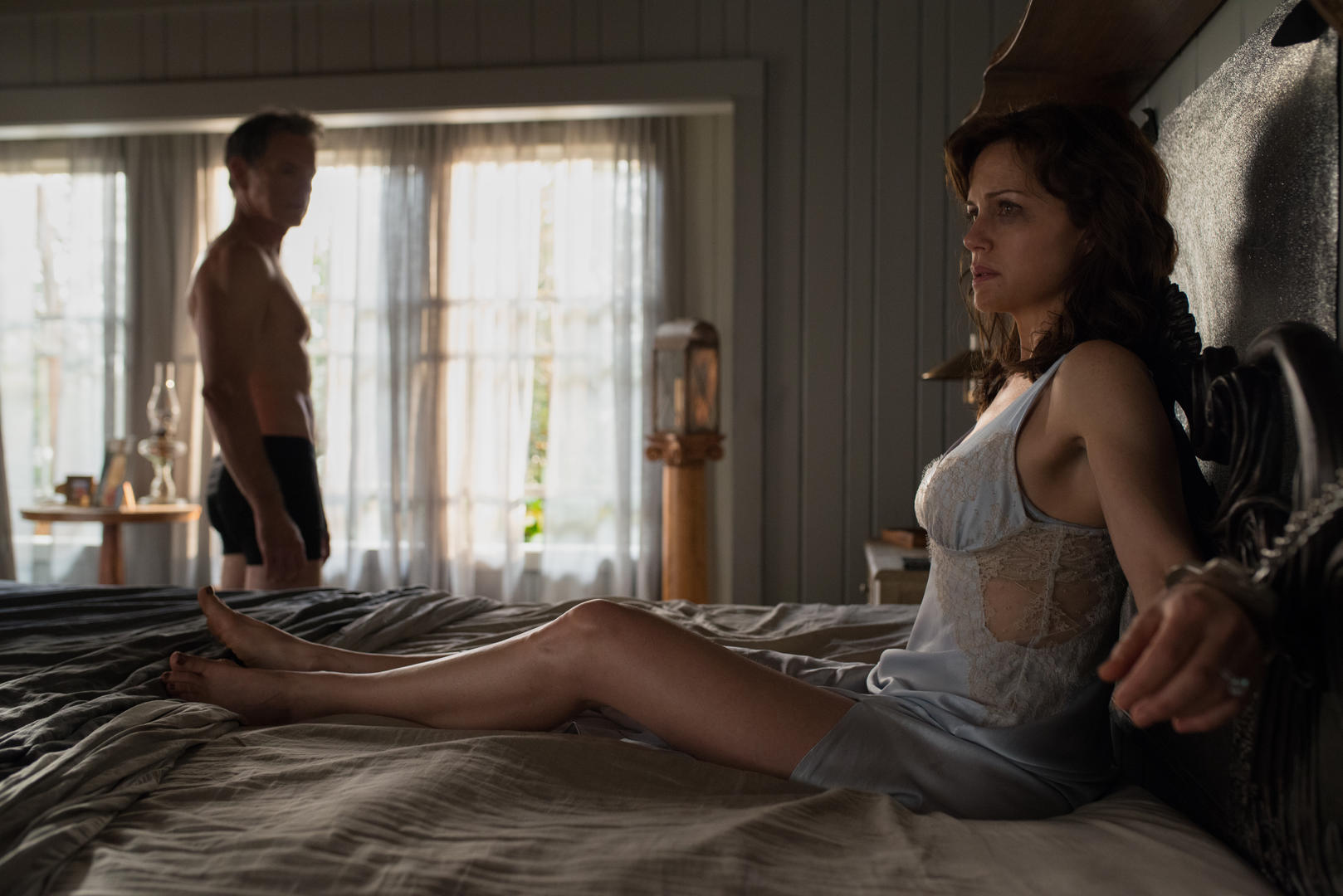 Flanagan unites with master of the macabre Stephen King for his cinematic interpretation of King’s beloved GERALD’S GAME. Starring Carla Gugino and Bruce Greenwood, GERALD’S GAME delivers pitch-perfect performances in a faithful adaptation where the horrors of the mind are much worse than what’s in front of you.

Why we’re excited: We explain here.

Set in the 15th Century in the Austrian Alps, Lukas Feigelfeld’s HAGAZUSSA takes us back to a dark period in which even the remotest parts of Europe suffered from the paranoia and superstition of the time.

Why we’re excited: This one is reminiscent in terms of style and time period to The Witch, but we’re betting this one could be even darker.

The most ambitious science fiction film of the year is also perhaps the most visually stunning. Aryan is a refugee who finds himself with the power to levitate after being shot. Stern is a disgraced, corrupt doctor. The two will meet and alter the entire world.

Why we’re excited: A stunning sci-fi feature that won the hearts and minds of viewers at Cannes, we’re prepared to be mesmerized as well.

The Killing of a Sacred Deer 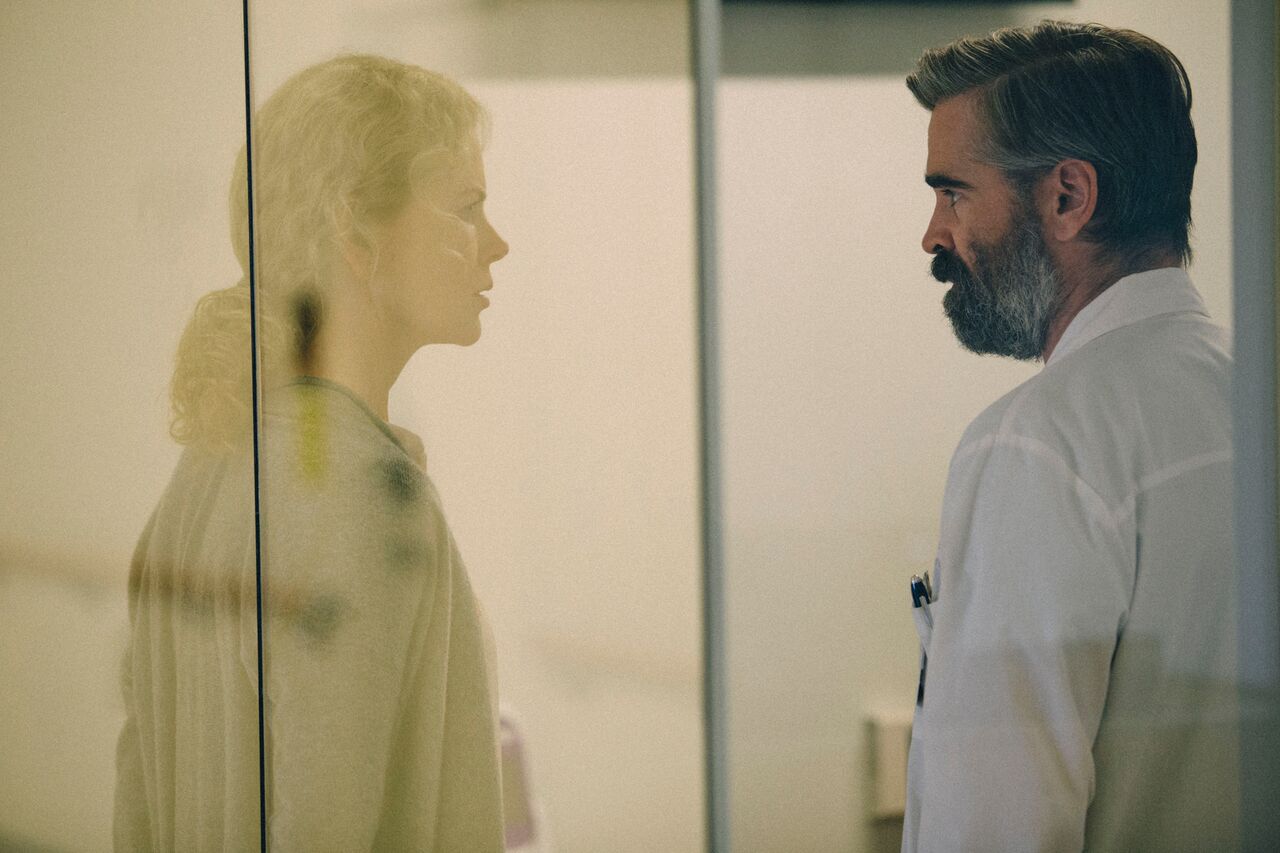 The life of a brilliant surgeon is thrown into disarray when his friendship with a bizarre teenager threatens the lives of his entire family. Faced with a frightening choice, the man will be forced to assess all that he’s ever done.

Why we’re excited: Yorgos Lanthimos has already proven a knack for the bizarre and fascinating, and his latest promises thrilling twists guaranteed to be divisive. We can’t wait. 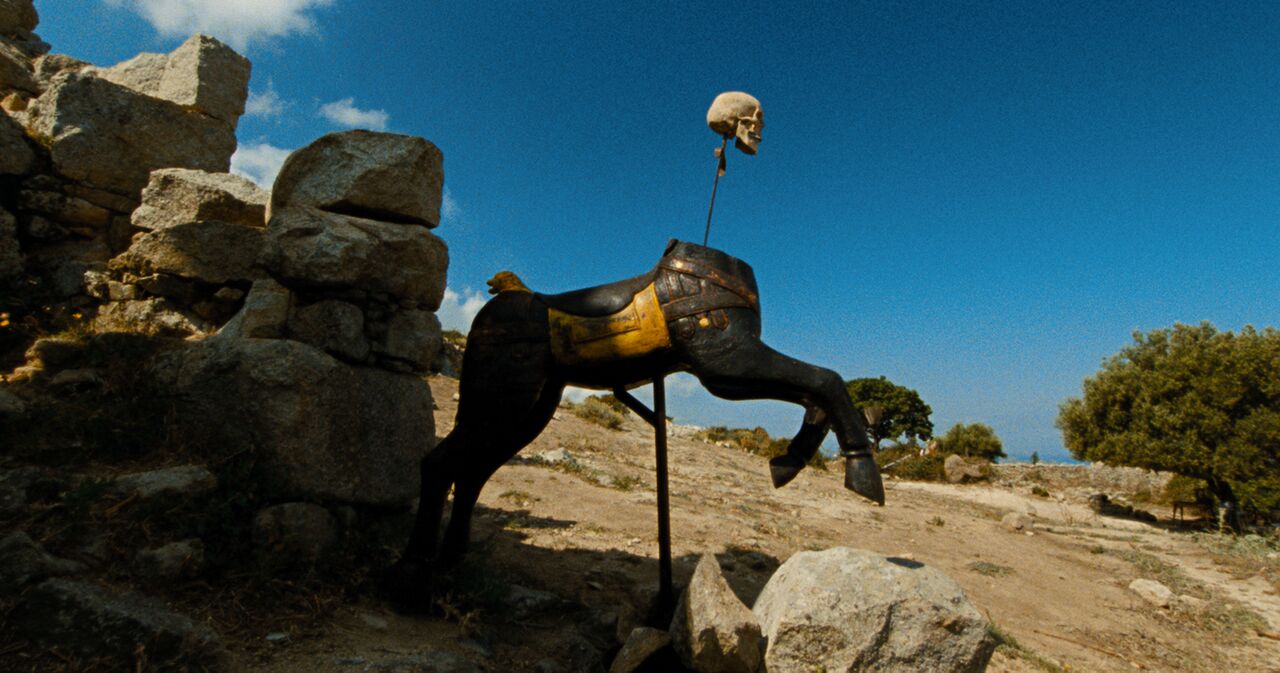 On a beautiful corner of the Mediterranean, Rhino and his men take refuge after the robbery of 250 kilograms of gold. The plan is simple: Wait and split. But some unwanted visitors are about to turn this idyllic corner into a bloodbath.

Why we’re excited: Helene Cattet and Bruno Forzani stunned with giallo homage The Strange Color of Your Body’s Tears, and now they take on pulpy exploitation. We need it in our eye holes now. 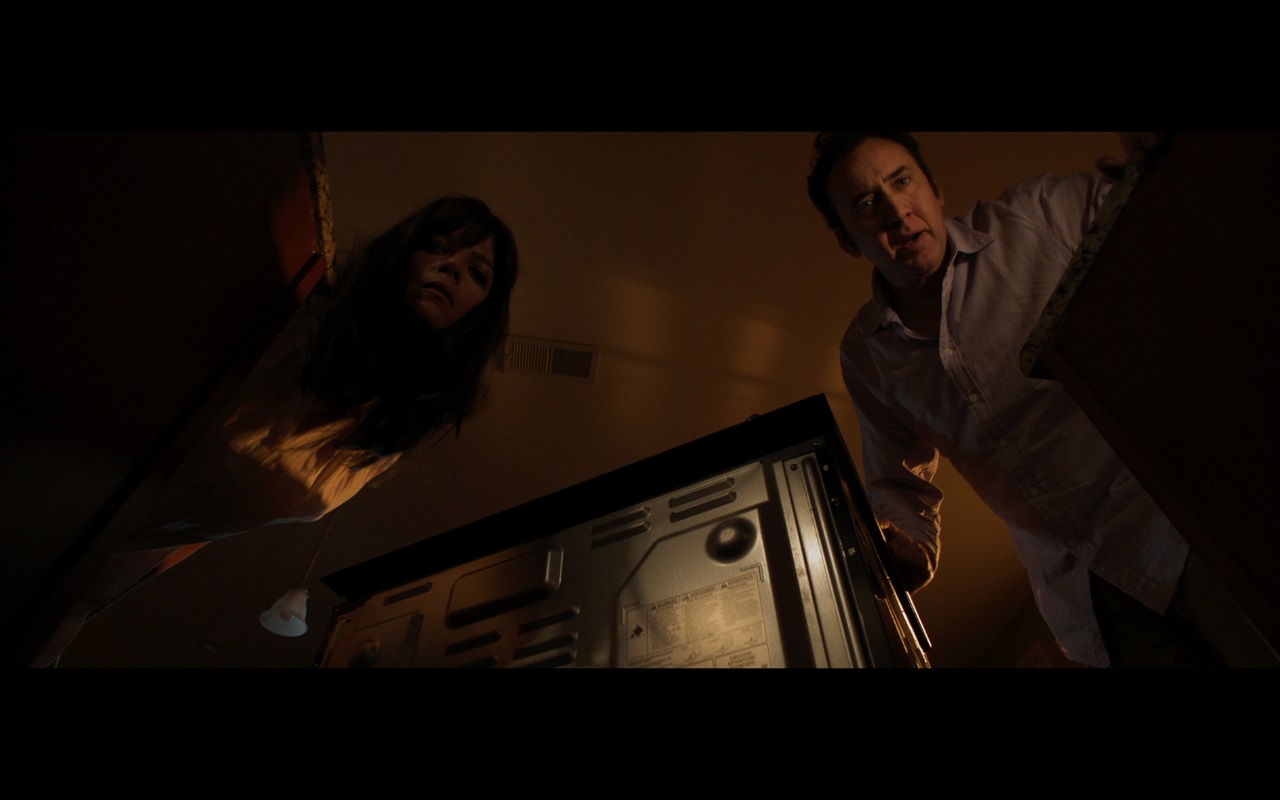 Selma Blair and Nicolas Cage are seemingly ideal parents until an unknown force causes their town’s adults to murder their offspring. 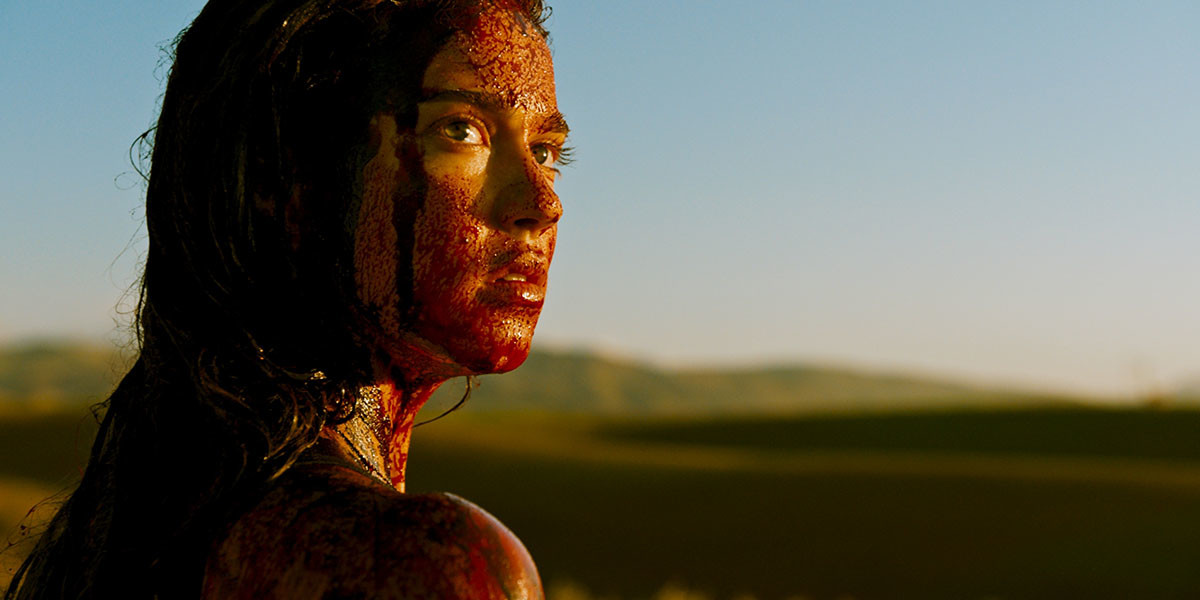 Three rich male thrill-seekers discover that Jennifer isn’t the human sex doll that they assumed she was when they invited her on their isolated hunting getaway. Jennifer teaches them fundamental lessons about consent in a manner that they — and we — won’t soon forget.

Why we’re excited: Coralie Fargeat’s debut promises to not only be a new entry in the New French Extremity movement, but a subversion on the rape/revenge subgenre. Yes, please. 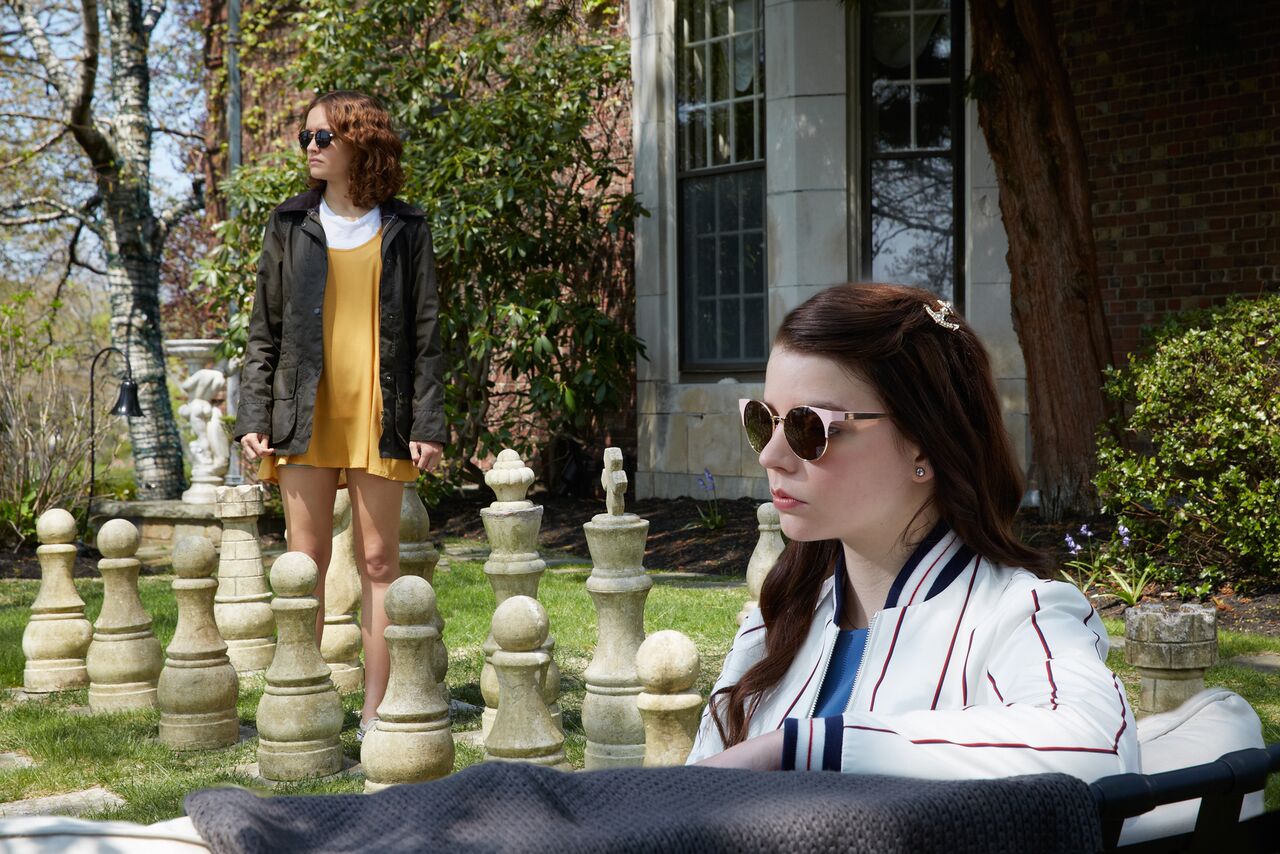 Two teenage girls in suburban Connecticut rekindle their unlikely friendship after years of growing apart. In the process, they learn that neither is what she seems to be, and that a murder might solve both of their problems.

Why we’re excited: Twisted suburban thriller/horror is intriguing enough, but this cast led by Anya-Taylor Joy and Anton Yelchin indicates this is something special. 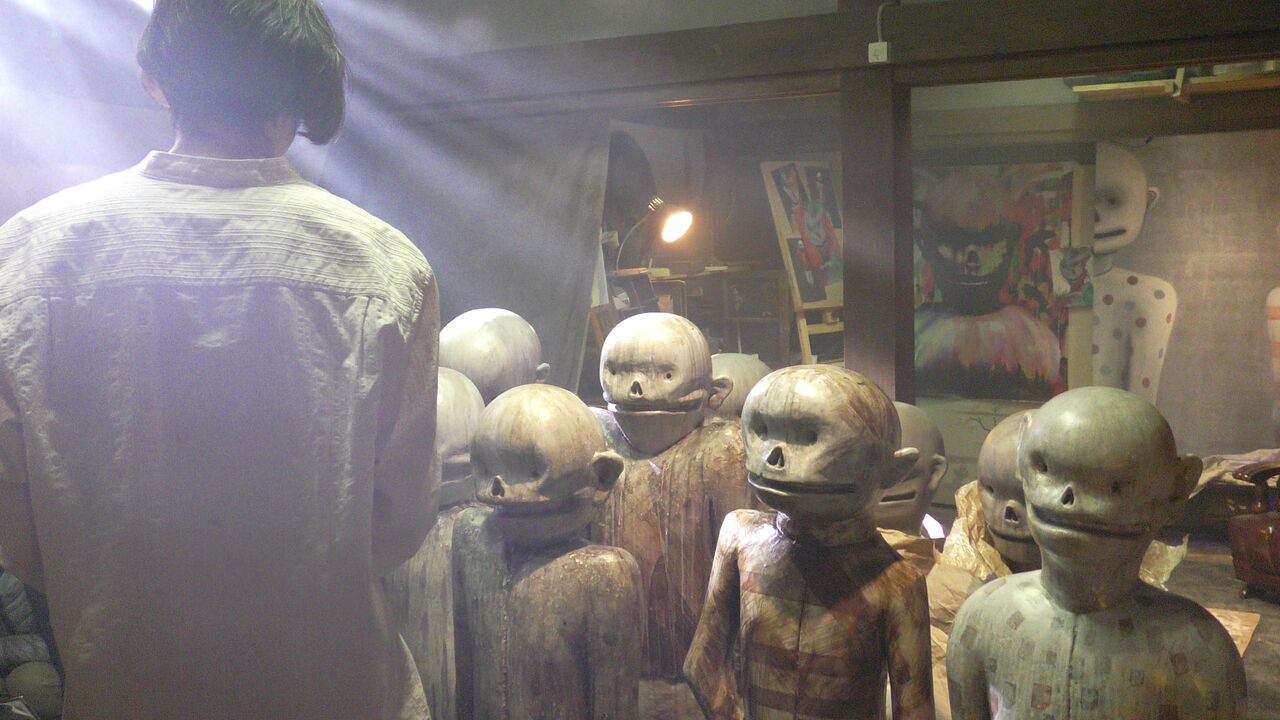 A class of art school hopefuls is stalked by blood-thirsty, flesh-hungry clay in this bizarre practical effects-heavy horror assault from THE ABCs OF DEATH 2 segment director and longtime special makeup effects artist Umezawa.

Christian farmer Vidar has a boring life, living with his mom and tending sheep. When he wishes for more excitement he wakes up undead, hangs out with vampire Jesus and discovers that sometimes the party can go on too long.

Why we’re excited: This trailer says it all. 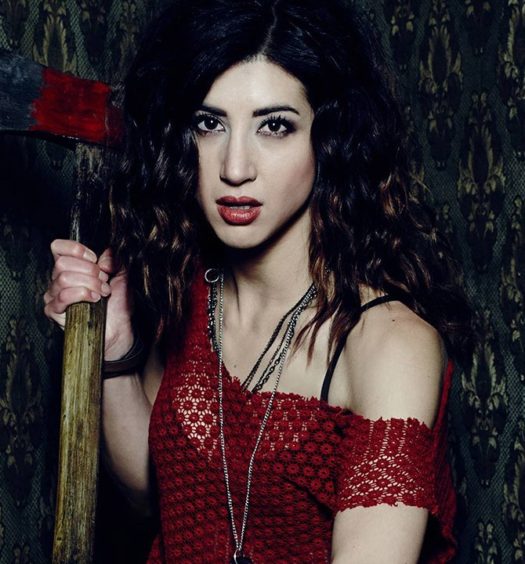