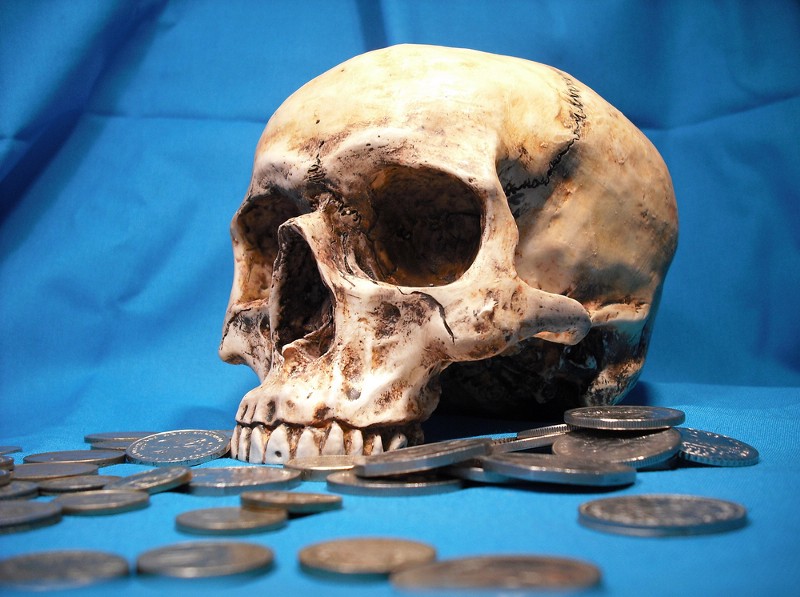 Think about the last time you were truly frightened by a Horror film.

At that peak moment of terror, when you were gripped by fear, eyes fixated on the flickering rectangle of your television set or latched to the screen within the dark cavern of your local movie theater. When your body froze and your breath turned to a gasp. When you did those things, all of those things, I know what you were thinking about: You were thinking about Money.

Yeah… Neither was I.

Dollar bills, checking accounts, 401ks and tax deductions were not on your mind at all. You had bigger checks to cash, like if the pony-tailed coed naively hiding in the closet was going to survive the maniacal killer who was at this very moment hoofing it up the stairs. You couldn’t tear yourself from the screen because you knew, just knew, that any young Scientist should never, however noble his or her intentions, combine delusions of grandeur with lightning and body parts.

The French Opera house. A child’s nightmare. The castle laboratory. A summer campground on the fringes of town. I’m confident not one of these locations reminds you of the financial institution where your bi-weekly paycheck currently lies in repose.

The dark cast of characters in Horror rarely seem to worry about Money. They live in dark castles, bubbling laboratories and dank boiler rooms, able to purchase and dispatch whatever and whomever they want. It’s just not fair.

It is for this reason, this lack of attention to the almighty dollar, that I choose to examine just how some of our favorite Horror icons pay the rent. 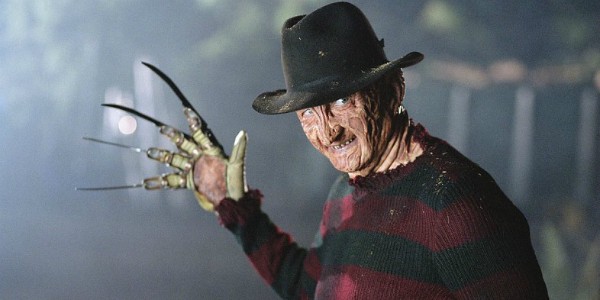 Robert Englund as Freddy Krueger: A Nightmare on Elm Street, 1984

Before he outfitted his mitts with razor blades half a foot long, Fred “Freddy” Krueger used those leather workman’s gloves to ensure the proper preventative maintenance of facilities at an old power plant in the fictional town of Springwood, Ohio. When he wasn’t attacking high-schoolers from within their dreams, Mr. Kruger kept busy inventorying items, changing fan motors, cleaning urinals and otherwise keeping his shop in a clean and safe condition, likely having to meet necessary code requirements of the aforementioned “Springwood” city utility.

Today, the median salary for an experienced Custodian in Ohio is $28,375. When we adjust this amount to 1984, the year of release for Wes Craven’s most popular horror classic, we can theorize that the Wolverine wannabe with the funny hat made $12,443 before taxes. No wonder he always wears the same sweater. 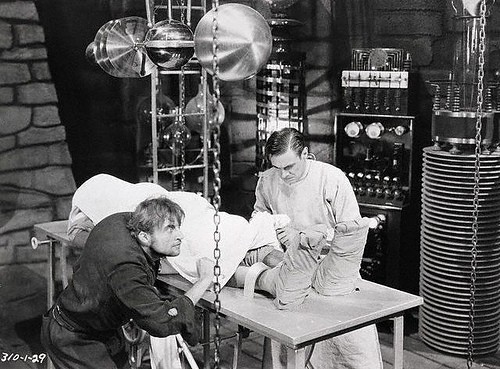 Maybe you know him as Igor, or maybe you know him as Fritz, the fictional character in Director James Whale’s 1931 masterpiece of classic monster cinema. Whichever sidekick you imagine, both characters were the always helpful though morally-bankrupt hunchbacked assistant to everyone’s favorite M.D., Henry Frankenstein, or Victor in Mary Shelley’s novel.

Specimen handling, DNA extraction, instrument calibration, record-keeping and grave-digging add up to approximately $15.11 to $17.49 per hour, or roughly $32,280 per year, or $29,362 in Euros, the official currency of the European Union, where most versions of FRANKENSTEIN are set. Not too shabby, especially if the good Doctor sticks to local labor laws. Everyone knows grave-digging makes for some serious overtime. 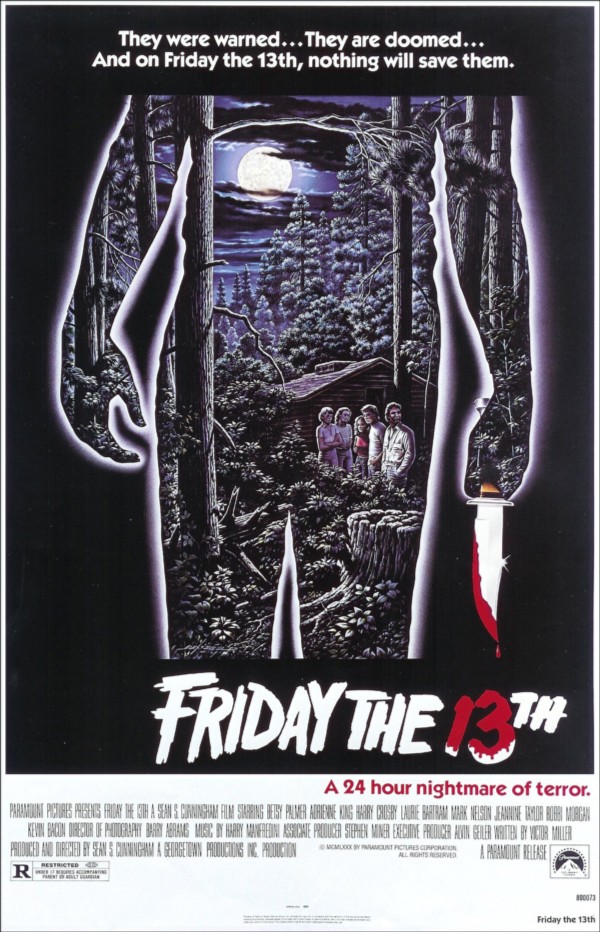 Since Jason Voorhees, the unstoppable hockey-masked killer of the Friday the 13th film series was never revealed to have a job, or for that matter be anyone or anything employable, we’ll examine the next best thing: his victims. Organizing camp activities, supervising students, providing swim instruction and ensuring camp safety all while delivering candle-lit ghost stories to a row of bunk-beds are just a handful of duties Jason’s hot and hunky fodder might accomplish before punching a time-card one last time.

Today’s young adults might think signing up to re-open an abandoned campground in Sussex County, New Jersey might be their version of a real-life Tinder, but beware: a Camp Crystal Lake paycheck won’t guarantee survival. What it will get you is $400 per week, plus lodging and meals. Adjusted for the Garden State of 1980, the year Paramount Pictures released what is considered the first “slasher movie,” your take-home is roughly $139 a week. That is, if you make it home. 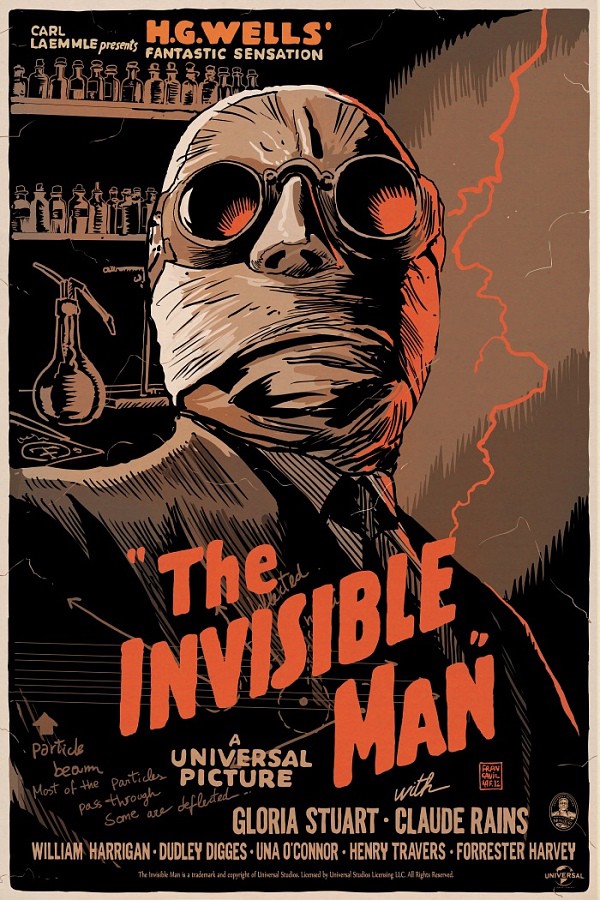 Although maniacal laughter isn’t a job requirement, the chilling cackle of a triumphant, though insane young scientist could set the bar for future applicants. Written in 1897 by the father of Science Fiction, H.G. Wells, the tale of the young, talented and misguided Dr. Griffin was later made into the classic 1933 Universal film, THE INVISIBLE MAN. In this case, transparency of income was never quite so literal.

Although the results have changed over time, the job responsibilities of a beginning Scientist remain largely the same: research, experimentation, extrapolation of data and the publication of results. Although Dr. Griffin must have kept that last one to himself. Supposing the young Doctor spent four years earning his undergraduate degree, then eight more in Medical school, interning and a Sussex, England residency, such a salary might materialize to $5,511 in 1933, or $76,601–$100,450 in 2017. That’s $53,885-$70,662 in British Pounds. Not bad for turning nothing into something.

Claude Reins in The Phantom of The Opera, 1943

THE PHANTOM OF THE OPERA — Violinist

Before he stalked the catacombs beneath the lavish Paris Opera House, Erik Claudin (played by Lon Chaney, Claude Rains, Michael Crawford or Gerard Butler depending on your age or Netflix queue) earned a living as a Musician. And since neither the saxophone or the electric guitar had been invented, he chose that other swoon-worthy instrument, the Violin.

In hindsight, maybe Erik should have stuck with private teaching or chamber music and steered clear of an orchestra gig where one might fall rapturously in love with the first songstress they meet. Horribly burned by acid in the classic 1943 film, Erik as played by the great character star, Claude Rains, decides to forgo his two-week notice and instead slink into the shadows deep below the stage. But before his employment was so irreversibly rescinded, Erik might have earned $131 per rehearsal ($119 Euro) and $138 ($125 Euro) per performance, with an additional 10% employer-provided contribution to his Musicians Pension. Should the Phantom choose to travel topside, all air and ground transportation would be reimbursed with an additional $25 per day for meals. Mask not included. 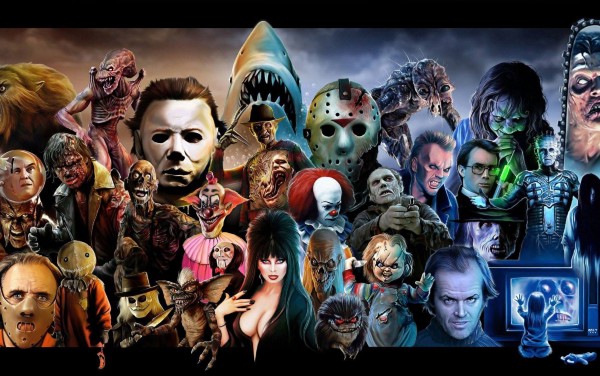 Horror over the years.

The purpose of a good Horror story or Horror movie is to frighten and entertain. Although I doubt these figures and calculations have ruined that for you, having any fan of Horror think of budgeting instead of bludgeoning was never my intention. If anything, my concern was for the iconic characters of the genre. Because like any of us, once Freddy or Jason or Erik take a break from terrorizing the local populace to open their mailbox or check their email, they’re going to uncover one simple fact they may never escape: There’s bills to pay.

And that can be scary. 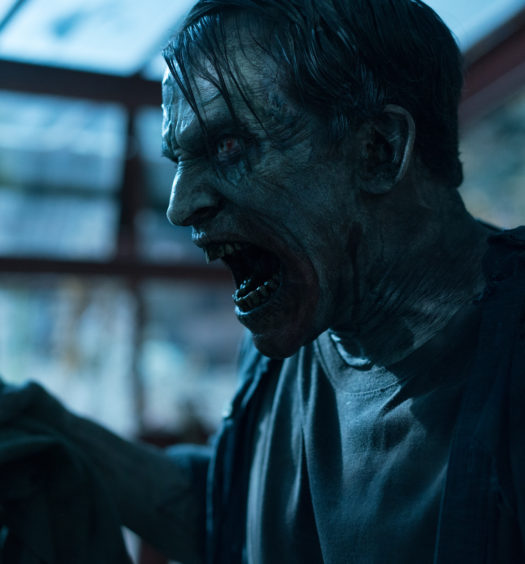 Dark Days ahead in ‘Day of the Dead: Bloodline’ Trailer

Read More
Dark Days ahead in ‘Day of the Dead: Bloodline’ Trailer 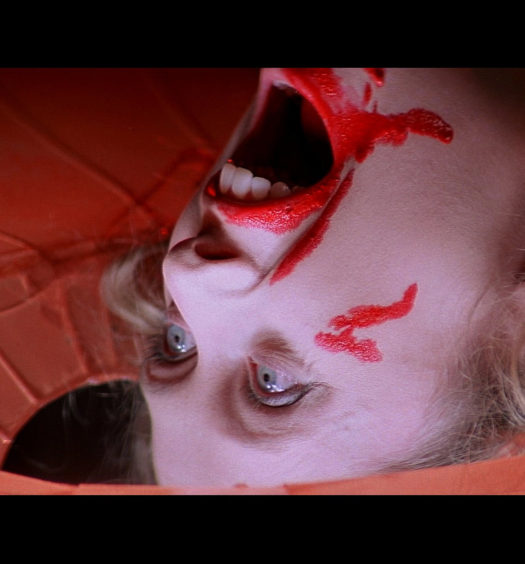