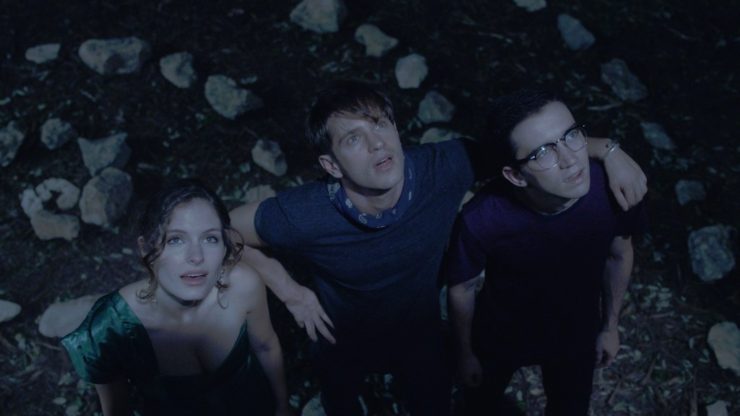 A perennial favorite at the annual SXSW Film Festival, the Midnighters section is reserved for the weird, provocative, horror, thrillers, and slashers for the night owls.  It’s typically an all-boys club, which makes acclaimed director Karen Skloss’ first narrative feature a rarity; the lone female directed feature among a slate of male directed Midnighters.

While this alone would be enough cause for interest, the coming-of-age story with a psychedelic horror twist is sure to prove unconventional. We chatted with Skloss ahead of the world premiere this Saturday, March 11, at 11:55pm located at the Stateside Theater in Austin, to discuss her transition from documentary into narrative features, the creepy origin of the film’s title, and more:

How has it been to transition from documentary work to a narrative feature?

Well, as a teenager I was really into acting, and I had a role when I was 16 as a lead in a feature. So it’s almost like coming back, like full circle to what drew me to film in the first place. Documentaries were a really great training ground as far as storytelling goes. I kind of set out to tell fictional stories in the beginning, but because Austin is such a great documentary town I found myself with all of these really great opportunities to make a documentary and found that I really loved it. So it feels kind of like a homecoming, coming back to where I’d began and what I’d really been missing.

I’ve always felt that documentary work lends well to working in horror film, did you find that to be the case at all?

Well how so? In what way do you think?

Just the direct, investigative approach in documentaries that would lend well to horror; really getting up close with the genre. Like William Friedkin’s previous work on documentaries made for some excellent angles in The Exorcist. I was just curious if that visual aspect translated for you as well.

That makes a lot of sense. Yeah, no, I totally agree with that. I actually think that the background in documentaries shaped the approach to this film in a lot of ways. I was a lot more comfortable letting some things happen. You want a controlled environment, and we definitely had the script kind of perfectly planned out. But you know, you lay the best plans, and you have to adapt with what actually happens. Documentary work really helps with that. I guess that’s a really interesting observation between the kinship between those two; I think they’re both kind of different visceral types of storytelling. A documentary is trying to get you engaged with something, with so-called “reality,” and then horror is trying to create a spell. So I can totally see that, yeah.

The psychedelic aspect of the narrative, how did that come about? It completely kept me in the film’s grip.

I was thinking a lot about the films that we’re watching and the films of David Lynch, and there’s kind of a suspended reality that he creates in his movies where the reality of his worlds have its own strange subtle rules. I thought that that was really interesting, and when we’re looking at creating a story within an altered mind state I think that it also lends itself to playing around with perception and taking you on a ride. So, I’m so happy to hear that it was working. It’s one of those things where when you bend the rules you don’t know for sure if it’s going to work. It took a lot of craft to get it to do that; we’d first lay stuff out and then oof, we’ve got to figure out how to make it work. Especially the weird stuff.

I think what really helped make it work and kept it grounded was the authenticity of its characters. Of course Olivia Applegate’s performance was great, but I credit the writing; these teens felt like actual teens. How did you approach that?

Thank you! I co-wrote this movie with a seventeen year old, so that certainly helps. She was kind of my bearer of, “Is this really real?” And also I think I kind of refused to grow up myself so I almost don’t see a division between myself and a teenager. I was trying to get in the mind of “How does it feel when something horrible happens at prom?” As an adult, you look at it and it’s just your prom night, but when you’re a teenager it’s something really important to you. It feels like the end of the world. So I was really trying to remember and honor the legitimate feelings. You know, whatever age we are, they’re real feelings. So that was square one.

I think that was a huge component in what made it so believable and engrossing. Now, the Honor Farm itself, that’s based on an actual place, right?

Yes! And it was called the Honor Farm. It was actually in Pueblo, Colorado. My co-writer Jay Tonne is from Pueblo, Colorado and grew up near this place. It’s where all of the kids would go, and basically a lot of the lore and things that they would say in the movie, about the Honor Farm and satanic rituals, was actually the real lore of the actual Honor Farm. Apparently children died there. They wound up having to demolish it because all of the local kids would go there and drink, and hang out, and I think what happened is some kid fell off of it or something weird happened. I mean, I feel like every town has its weird spot where everybody goes. You know, local lore, a place where people would go on a dare. So it’s not just about that actual Honor Farm but those kinds of spots within teen culture.

How much of the Honor Farm’s lore was integrated? Because on a sublevel I feel that it’s a love letter to Austin, Texas.

(laughs) It’s kind of Austin-ized, and I would say that it’s the Honor Farm itself. It was funny, you know, that was something important to Jay; that we got it right as far as the details. He was like, “it has to have graffiti!” and it had to have this and that. It has to be the right building. And we were really worried about finding the right Honor Farm. It was a process. It was very much modeled after the actual place, because it sounded very intriguing from the stories he told me. He actually had a video that’d been taken in the ‘80s, before it was torn down. So I kind of knew what it looked like and we had fun recreating it.

So what exactly is it, a prison?

Yeah, it was like a prison work farm where prisoners would go for good behavior, they could go and work and wouldn’t have to just be in their cell. But apparently at this Honor Farm there was a lot of abuse that happened. It was supposed to be a reward but ended up like a slave camp. At least that’s the legend.

How creepy! So was the actual building that you filmed in as creepy as the real thing?

Well, it was a mixture. I don’t want to diminish the work that the art team did, because they did such awesome work, and we actually shot in two buildings. There were two buildings right next to each other that we filmed in San Antonio, one was an insane asylum and partly a work farm, and the other was like a state home for children and the elderly. One of them had been abated, which means they cleaned it all out, so they took out all of the asbestos and all of the glass; things that you could get hurt on. They made it into a training ground for military operations; there were all these bullet holes in the wall and weird targets and stuff. When we were given permission to shoot in there we dragged in all kinds of stuff like glass, rubble, and added more graffiti. Then we had to clean it all back up (laughs). The other building was not abated and we used it for exteriors. I will say they were both pretty creepy, especially when you were all alone. When all of the crew was there and we had all of the lights it was pretty easy to work, but without the crew, when I would just go in there alone it was just creepy.

Yeah, and it looks like you had to shoot mostly at night, which didn’t help.

Yeah, we were mostly vampire people; it was exhausting. Shooting at night is so difficult. We were shooting in all of these crazy, weird, and beautiful places that were super fun to scout, but then you have to get there and set up lights right as the sun is going down. It was the rainiest summer that Texas had ever seen, so we were constantly battling the weather. For example, when we shot the swimming scenes, that entire pool was flooded, so the rocks were really slippery. It was super crazy; the water was absolutely freezing. The crew was in wetsuits, and the cast was just freezing. The lights kept going out, so we’d be left in the dark. We had safety valves that would keep the lights from electrocuting everyone; thank God. The fun of filmmaking, right?

So a lot of adapting throughout the shooting process it sounds like. One last question, and it’s a silly one; the cutest goat ever is in this movie. Tell me about the goat, who got to keep him?

(laughing) Snowball! There were a couple of people who had just bought a goat farm, and they were just enamored with the idea of being involved with the film. So they just volunteered to bring him to set, hang out with him on set and goat sit, and then take him home. We tried to limit his days to when we really, really needed him. We had a furry stuffed animal stand-in, because it was a bit rough on a baby goat to be doing night shoots. But yeah, we really lucked out in that regard.

The Honor Farm screens at SXSW at the following times: 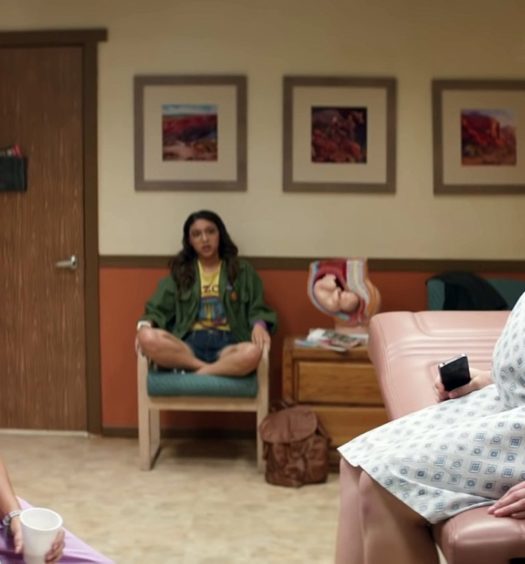 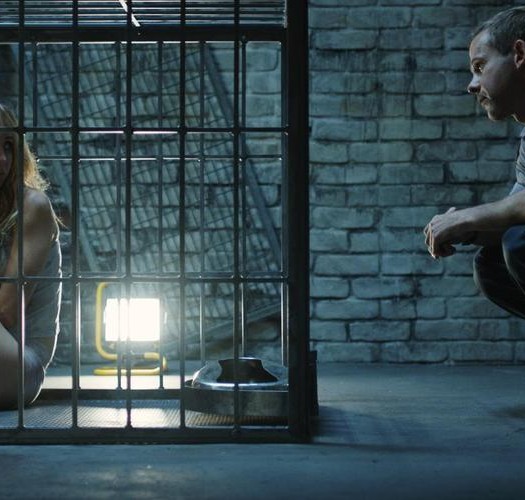