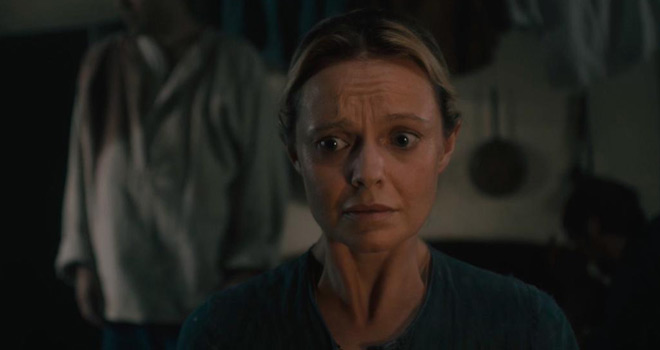 When I first got my eyes on the trailer for The Isle, I was immediately intrigued. Between the gorgeous Scottish backdrop, the bleak, moody atmosphere, and the 1840’s setting, it seemed to be right up my alley. The trailer even boasts comparisons to The VVitch and The Wicker Man–both films that I love. It really seemed like I had found a new film to satiate my love for Gothic horror. That is, until I actually watched it.

The movie takes place in 1846 and follows three seamen as they seek refuge on a small island off the coast of Scotland after a shipwreck. But the more time they spend on the island, the more they realize something is terribly wrong. The island is almost completely abandoned, save for four lone residents, who insist that a ship will arrive soon to charter them back to the mainland. But it’s pretty clear the people on the island don’t want them to leave. What isn’t clear is why. It’s a question that is never really answered. At least, not in a satisfying way. 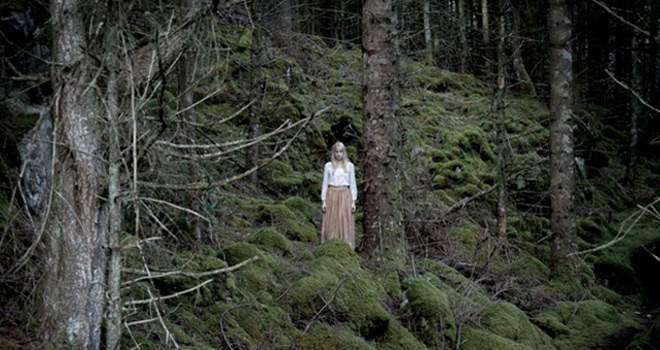 ” It really seemed like I had found a new film to satiate my love for Gothic horror. That is, until I actually watched it.”

It’s immediately clear that this is a project done with a lot of love. The husband and wife team of Matthew and Tori Butler-Hart, who respectively directed and starred, also co-wrote the script. This format seems to work for them, being that they’ve used it at least nine times from what I can find. They also tend to reuse many of the same actors. Nearly every cast member from their 2015 effort, Two Down, returns here. So it definitely seems they’re pretty passionate about what they work on and who they work with. And while there are some interesting directorial moments and a perfectly serviceable performance from Tori Butler-Hart included, things get a little shaky when it comes to the writing.

The issue with the script is not that the story is bad, it’s that you’ve seen the story a thousand times before. Even the more interesting elements in the beginning of the movie eventually drop away and slide back into the standard fare you’d expect from films like The Others or An American Haunting. The marketing promises a story about sirens, but it never really delivers on that promise. Instead, were left with a relatively average ghost mystery that, at this point, is more exhausting than intriguing. A third of the way into the movie you find yourself knowing exactly where the story is taking you, but desperately hoping that you’re wrong. You’re not.

They venture back into the siren premise a few times, but do so in a way the muddies the plot rather than enhancing it. They attempt to tell you a sirens tale and a ghost story simultaneously, but rather than finding an even mix that works, they jump back and forth between the two. Worse still, they give you little to no information on sirens, instead expecting you to already know about the creatures.  The film’s climax entirely hinges on a piece of siren lore that the movie fails to ever mention, leaving the ending unsatisfying and more than a little frustrating. 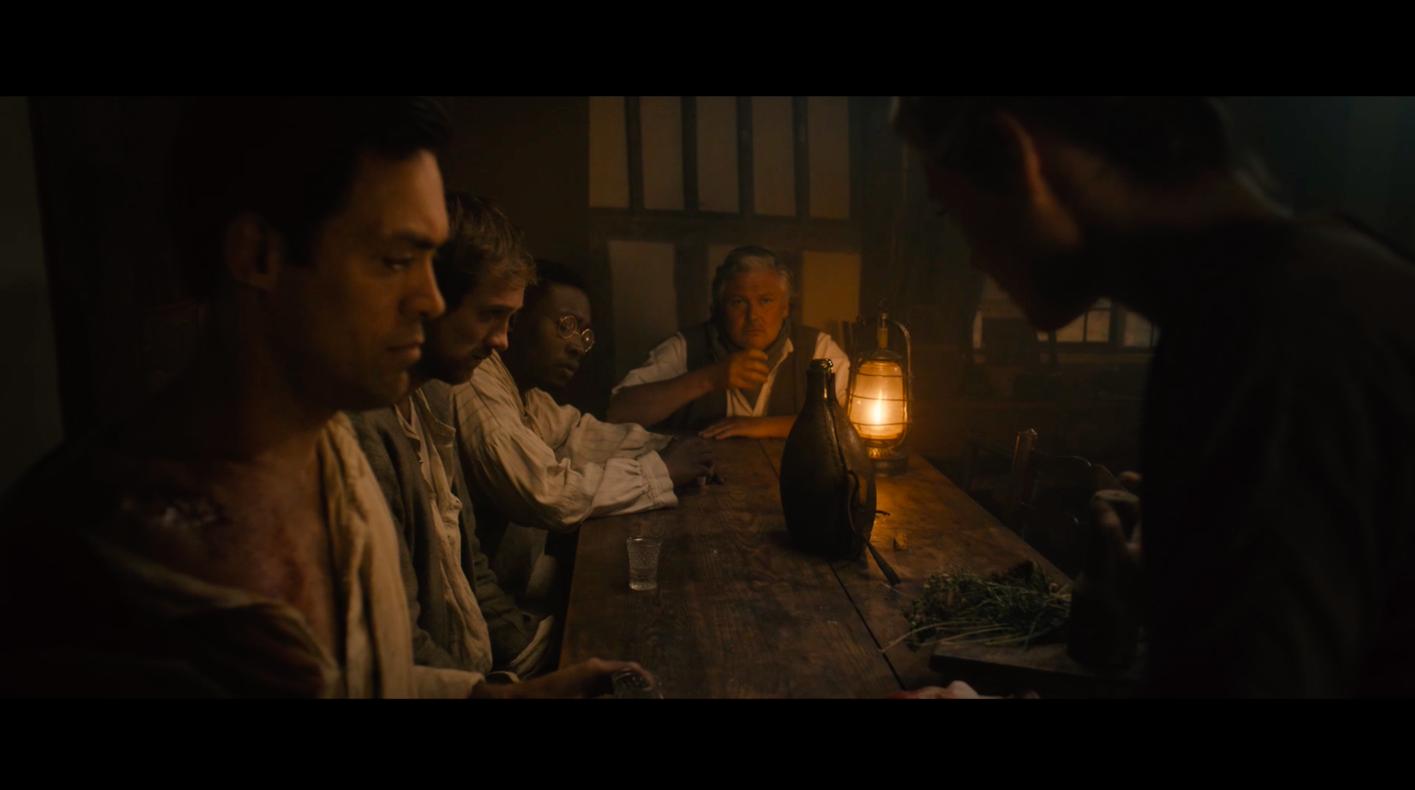 “A third of the way into the movie you find yourself knowing exactly where the story is taking you, but desperately hoping that you’re wrong. You’re not.”

Throughout the 90 minute run time, the movie touches on every major trope and cliche of a ghost story, often leaving it to feel like a rejected episode of Scooby-Doo. At one point a character trips and falls on a grave, knocking his glasses off in the process. Jinkies. This trip was facilitated by another character uttering the classic line favorited by every horror satire, the ole “we should split up, we’ll cover more ground that way.” These two instances take place less than a minute from each other, and they are far from the sole examples of this happening. Tropes abound throughout the entire film. Mix this with some clunky dialogue, and the sighs are nearly endless.

Tonally The Isle is all over the place. Every time it delves into the darker side of the plot the color pallet shifts abruptly from the bright and warm spectrum, where the movie spends most of its time, to a dark, washed out grey scale, which ultimately serves to telegraph the story and undermine the viewer rather than setting a mood. Even when two characters are fifteen feet from each other and outdoors they’re still shot in totally different tones based on what they’re experiencing. These shifts in color and tone are so abrupt that it’s almost jarring, and prevent the film from having a cohesive feeling. 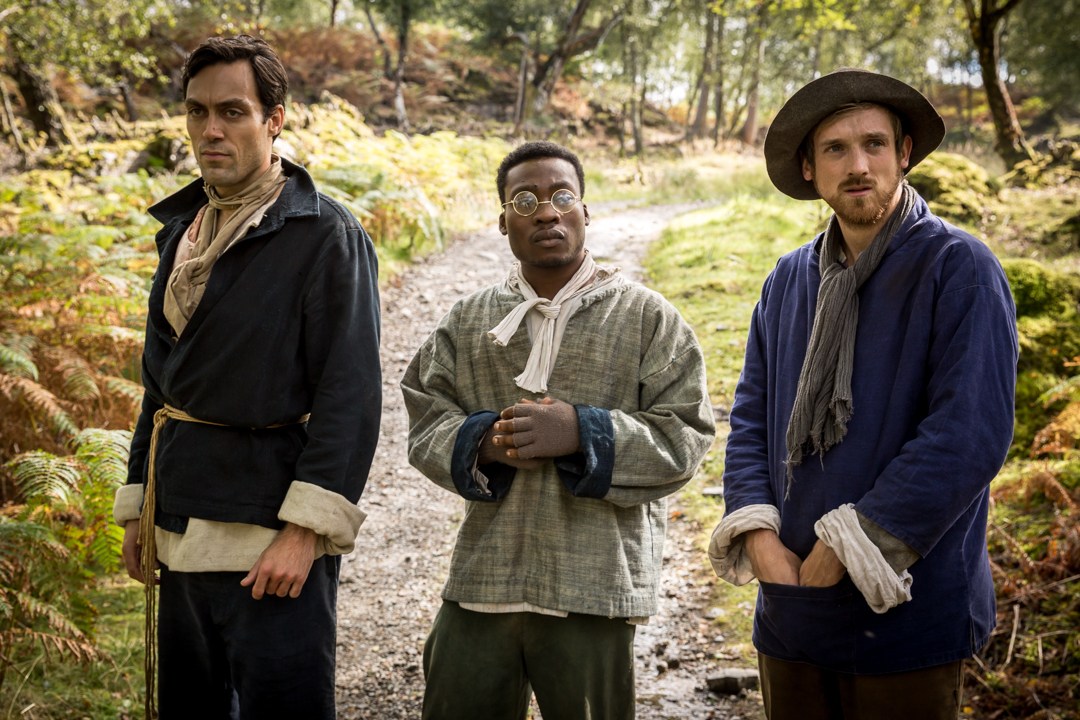 “At one point a character trips and falls on a grave, knocking his glasses off in the process. Jinkies.”

The misguided lighting choices and some hit or miss editing do a great disservice to some truly wonderful cinematography. Despite the flaws that permeate throughout the film, they found a great talent in cinematographer Peter Wellington. He manages to perfectly capture the beauty of the island in a way that makes me want to visit, despite the entire plot insisting I don’t want to be there. Some really interesting camerawork kept me interested long past the point where I would’ve checked out otherwise.

Ultimately, The Isle fails to bring anything really fresh to the table. The ghost revenge story puts it more in league with films like Stir Of Echoes and What Lies Beneath than the boasted The VVitch comparison, just without the benefit of major studio backing and world class talent. Had it been released 20 years ago alongside those films, this would surely be a different conversation. But the creators’ passion for the project unfortunately couldn’t overcome a stale plot and a handful of poor creative choices this time. 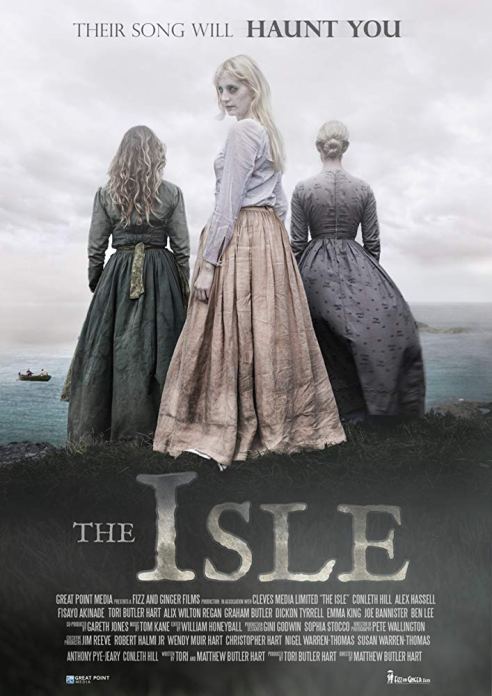 The Isle is an earnest attempt at a Gothic suspense thriller that just can’t overcome a stale plot and some unimaginative twists. The technical deftness demonstrated couldn’t save it from a bland story. 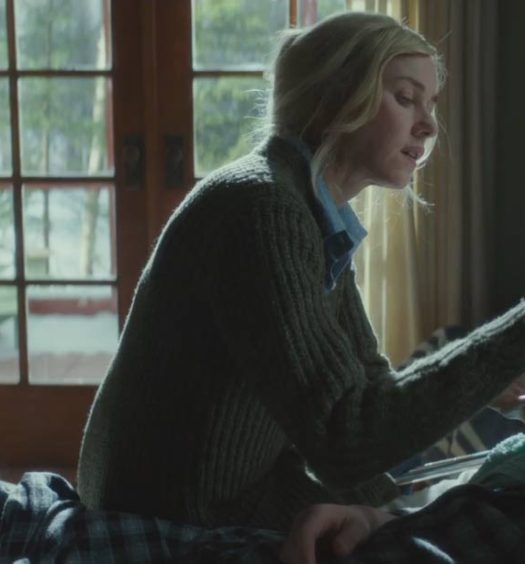 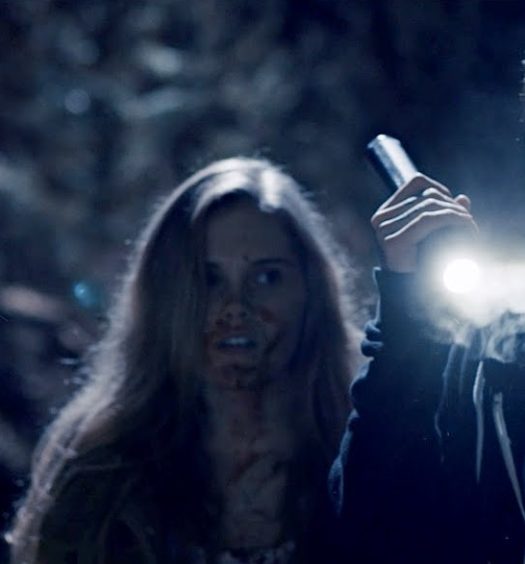