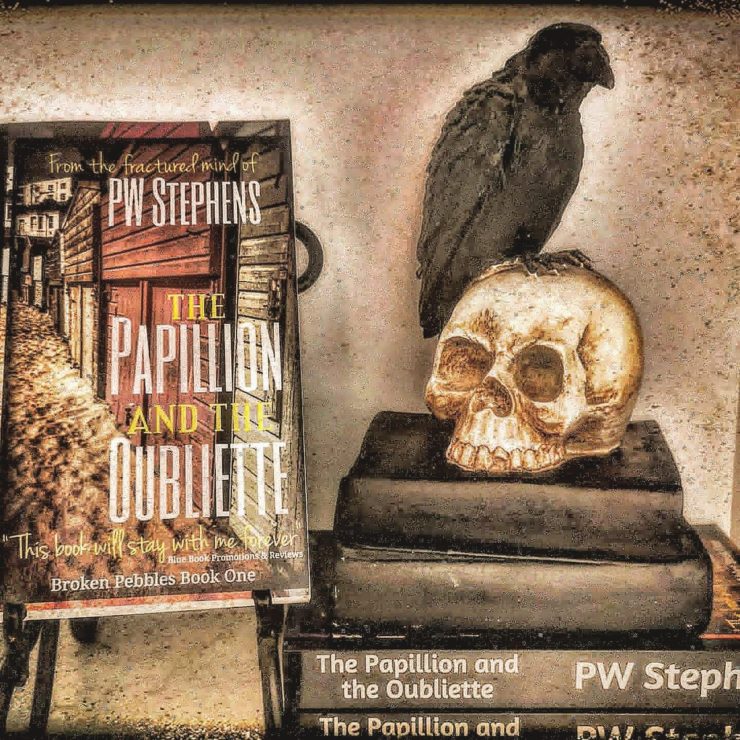 2020 will be a year that everyone remembers. Not only did everything go to hell in a handbasket, but people were forced to spend time talking about a topic that generally makes us very uncomfortable– our mental health. I can’t speak for any of the American readers of this site, but as a British person, talking about out feelings just isn’t something that you do very often. Until this year, that is. This year as a world we had to start looking at our mental health a bit more closely than we normally would due to it being strained in ways that were new to all of us. So what would you do if you discovered a monster living in the back of your head whose sole purpose was to destroy you?

This is exactly the situation for the characters in author P W Stephens ‘The Papillion and the Oubliette’. What I didn’t know when I got the book was this is actually P W Stephens first two novella’s – ‘The Rise & Fall of Jacob Brooking’ & ‘The Psychosis of Alice Petalow’ combined into a single novel. However having the two stories in a single book worked in the novels favour as I was able to enjoy the story without even having to swap books.

I like to be objective in my reviews and where ever possible, avoid spoilers. Some one ruined the end of season 2 of Buffy The Vampire Slayer  and I’ve still never forgiven them. So with that in mind I have to confess it’s hard to review the story itself in ‘The Papillion and The Oubliette’ because so much of it is a spoiler. What I can tell you safely is that it the story follows two characters Jacob Brooking and Alice Petalow from their youth to their adult years. Both characters have their own set of demons to over come and deal with as the years pass by and both characters have very personal, very difficult journeys to a place that they could call happy. That’s all I can really say because to give too much away really would take away from the painful journey both characters must traverse.

In Jacob Brooking, PW Stephens has created a male lead who is so relatable and raw that at times I found it hard to not think of myself in his shoes. Jacob and his journey have such a personal, almost autobiographical feel to his creation that it’s hard to not take his side–even when he is being a stubborn goat. Similarly Alice Petalow, Stephens other main character flits between ethereal love interest to fully fleshed out human being in so many painful ways that you will wish her journey hadn’t been as difficult for her or you to endure.

The language and the characters are two of P W Stephens strong suits within the 418 page novel. The structure of Stephens language and the way his characters interact have a dream like quality that only add to the narrative of the characters, especially as you don’t always know if what your reading on the page is based in reality or not. Through clever us of fonts and language P W Stephen’s manages to give both Alice and Jacob their own mental health struggles, their own demons as it were, very distinct characteristics. It’s worth reading this book alone to see how mental illness can become the all consuming voice of someone without their meaning it at all.

As I said earlier, I like to be honest in my reviews so I would be remiss if I didn’t mention that while ‘The Papillion and Oubliette’ deals with a lot of horrific details and a lot of darkness, it isn’t what you might expect from a traditional horror novel. The pain and suffering of both Alice and Jacob would place this novel in the horror genre, but this isn’t a novel to give you jump scares or monsters who can be beaten through the power of friendship. Instead, P W Stephens has created a world where the monsters don’t ever truly go away. He has given us, the reader, an insight to a world where whole chapters of a life aren’t real and the happiness felt is never quite certain to last. Whilst I am a sucker for a good scare, this book got under my skin in ways that I wasn’t even expecting and has stayed in my mind for a number of days afterwards. Through Jacob and Alice I got to see something that could just as easily be my life or just as easily be your life. What P W Stephens has done is make you ask either “Am I a Jacob Brooking” or “Am I Alice Petalow” which is hard enough to answer but then he pushes you further and makes you ask – “Am I OK?”

This is the scariest question of all in 2021.

The Papillion And The Oubliette is available on Amazon. 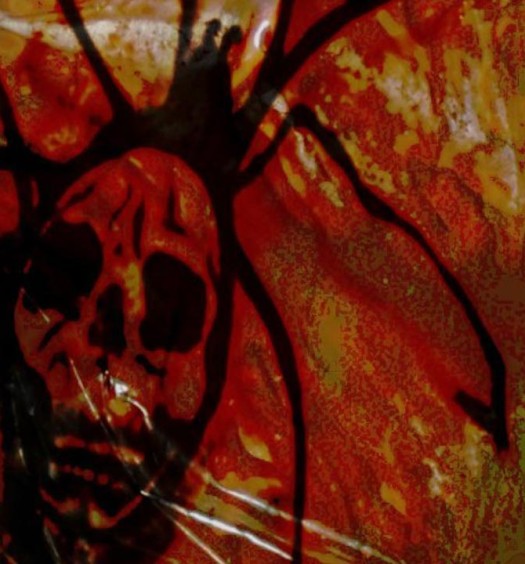