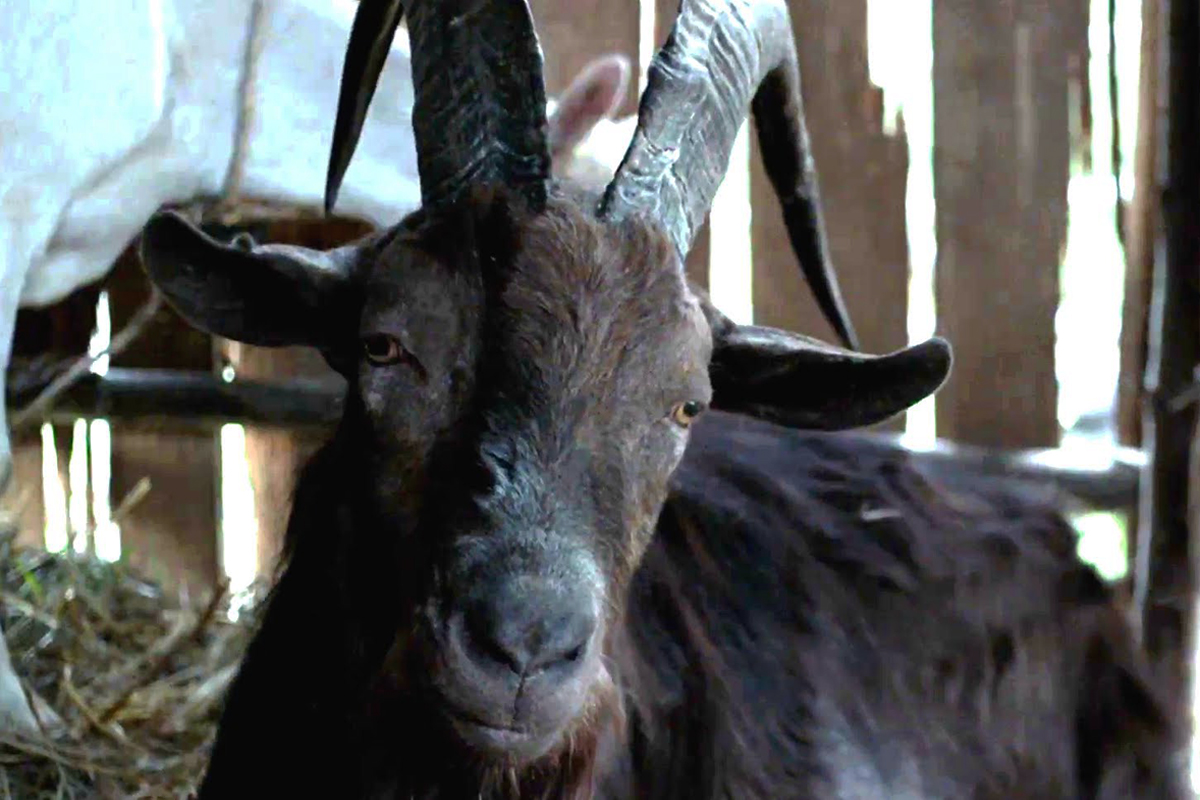 10 Great Modern Horror Scores You Can Stream on Spotify

This is the part of the article usually reserved for some kind of intro to the ensuing list. I could write a bunch of words about the importance of music to horror movies or how great a lot of modern horror movies scores have been (and this would all be true), but let’s face it. The majority of you aren’t even reading this part of the article anyway, so let’s just get to the list (which is in no particular order). 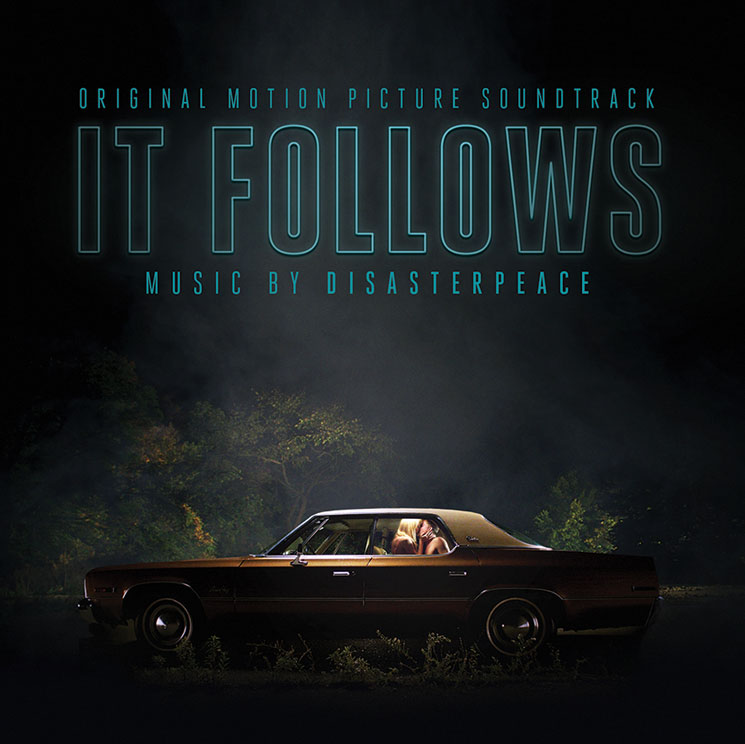 It Follows has, without question, one of the most memorable scores of any horror film in recent memory. Even critics of the film itself generally tend to have favorable things to say about the score. As a fan of the film, I’d definitely say that the score elevates and makes it much more effective than it might be otherwise. It Follows is very much like John Carpenter’s Halloween in this regard. Carpenter’s masterpiece may not be regarded as such today without the iconic score that serves as a constant layer of pending doom throughout the film’s duration.

The score for It Follows by Disasterpeace (read his guest editorial here) sets a tone of dread right off the bat and hardly lets up. If the sounds you’re hearing aren’t producing dread, they’re evoking paranoia or at best melancholy. Some are downright terrifying. There’s never a piece of music that makes you feel quite safe. 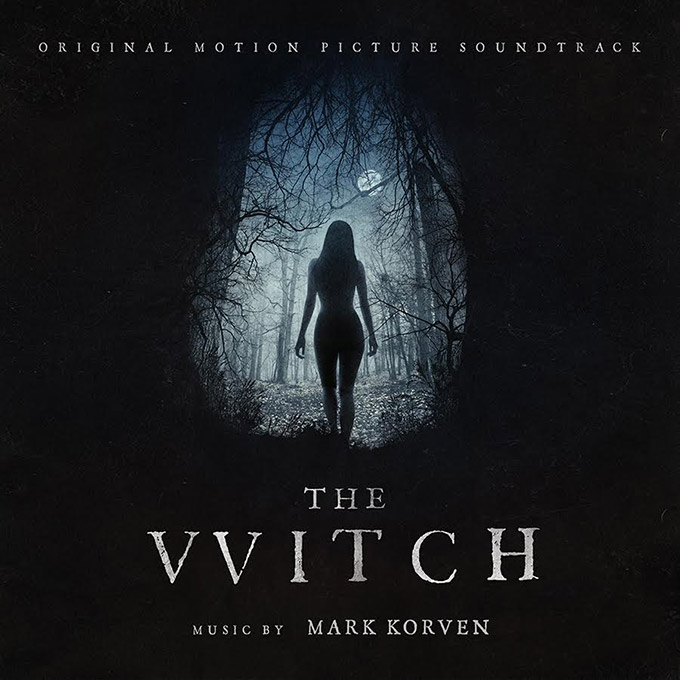 The Witch turned out to be a surprisingly divisive film among horror fans, but for those who appreciated its deliberately-paced dread, the score was a very important component of what made it effective. Director Robert Eggers would be the first person to compare the film to The Shining, and it’s no surprise that hints of the Kubrick classic can be felt throughout much The Witch’s haunting music and sounds. I do mean hints though. Mark Korven’s score stands completely on its own, and as a whole, is significantly different.

It begins with sounds of despair before moving into ominous-sounding strings and tribal (or more appropriately, “Covenal” – I may have made that word up) chants and piercing shrieks. It’s orchestral, and is peppered with eerie voices. “The Goat & the Mayhem” crashes in like a freight train and keeps your ears on edge, and the chanting of “Witch’s Coven” is chilling as it’s accompanied by haunting percussion. This is perhaps the part of the score that reminds me most of The Shining (you can also check out the legitimately frightening work of Krzysztof Penderecki that appears in Kubrick’s film on Spotify). 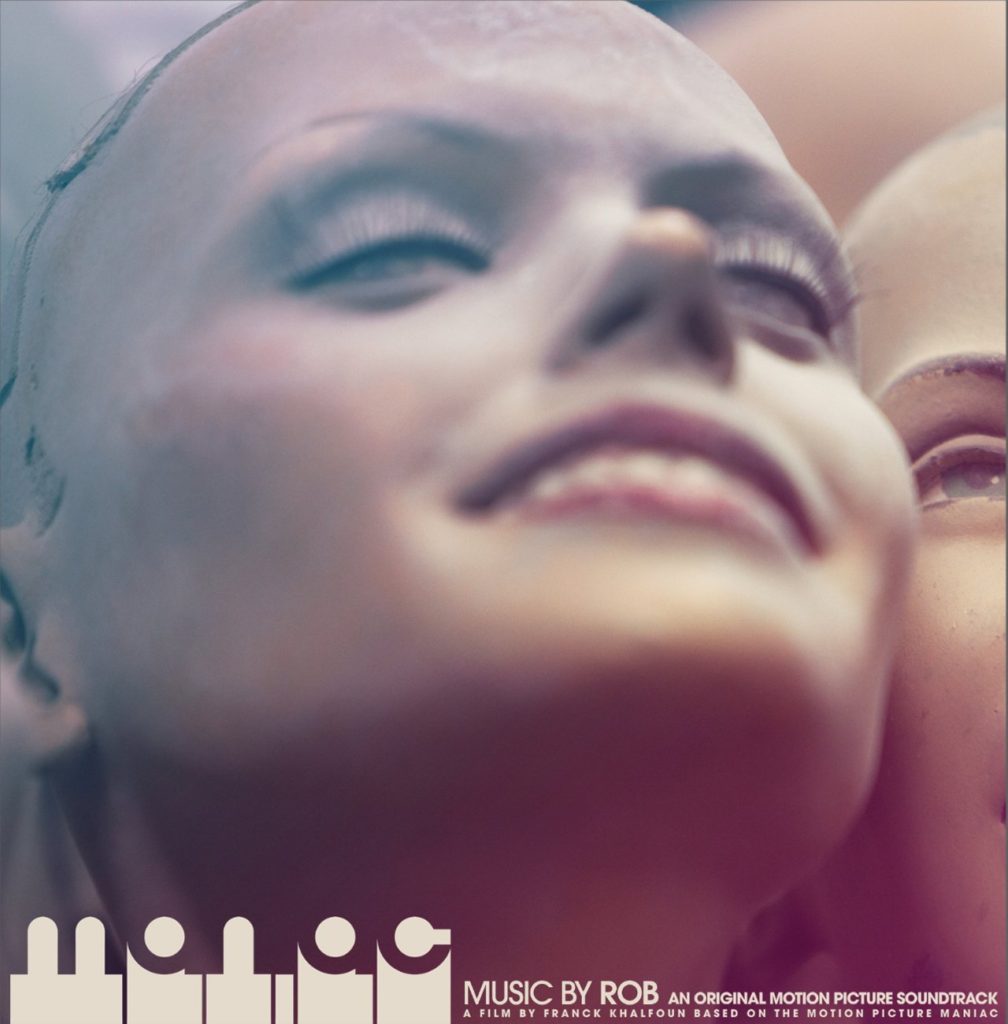 Rob’s score to 2012’s Maniac deserves to be mentioned more often alongside Disasterpeace’s It Follows. Much like the latter, the Maniac score feels as though it is pulled from a few decades ago. This may be a fairly common trend in horror movies these days (a trend that I’m completely fine with, by the way), but like It Follows, Maniac does it exceptionally well.

The score for Maniac is more often melancholic than dread-inducing, and it’s very well-suited to what I consider to be one of the best of the modern horror remakes.

4. We Are Still Here 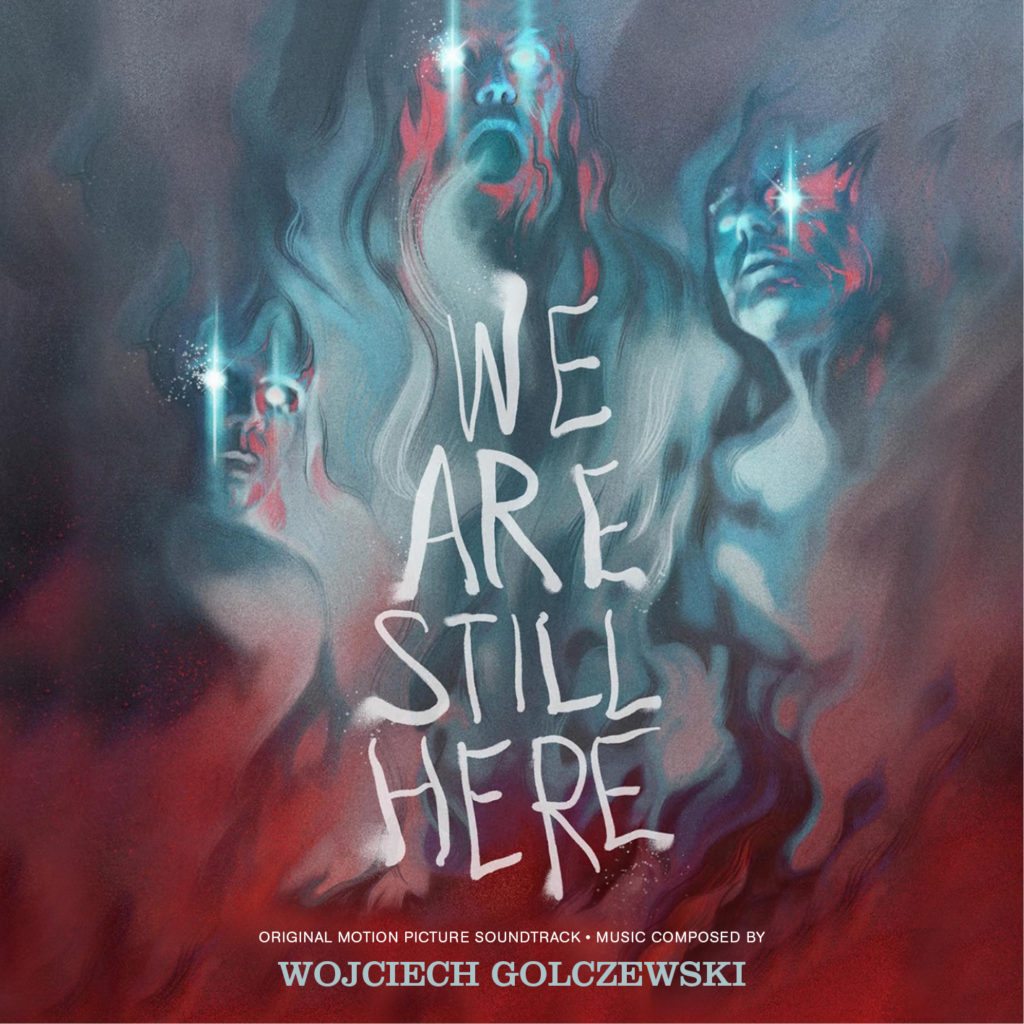 We Are Still Here is a movie that I find myself enjoying more and more with each subsequent viewing. It’s really a great combination of direction, writing, acting, and FX. I wouldn’t necessarily consider the score as memorable as some of the others on the list (it doesn’t exactly get stuck in your head), but it’s a quite a bit more subtle, and as a result works very well for the film.

This score from Wojciech Golczewski starts moody, gets sinister, and then goes mysterious before properly getting back to sinister with screeching strings (also a touch Shining-esque, actually, but layered over more Carpenter-like electronic sounds). 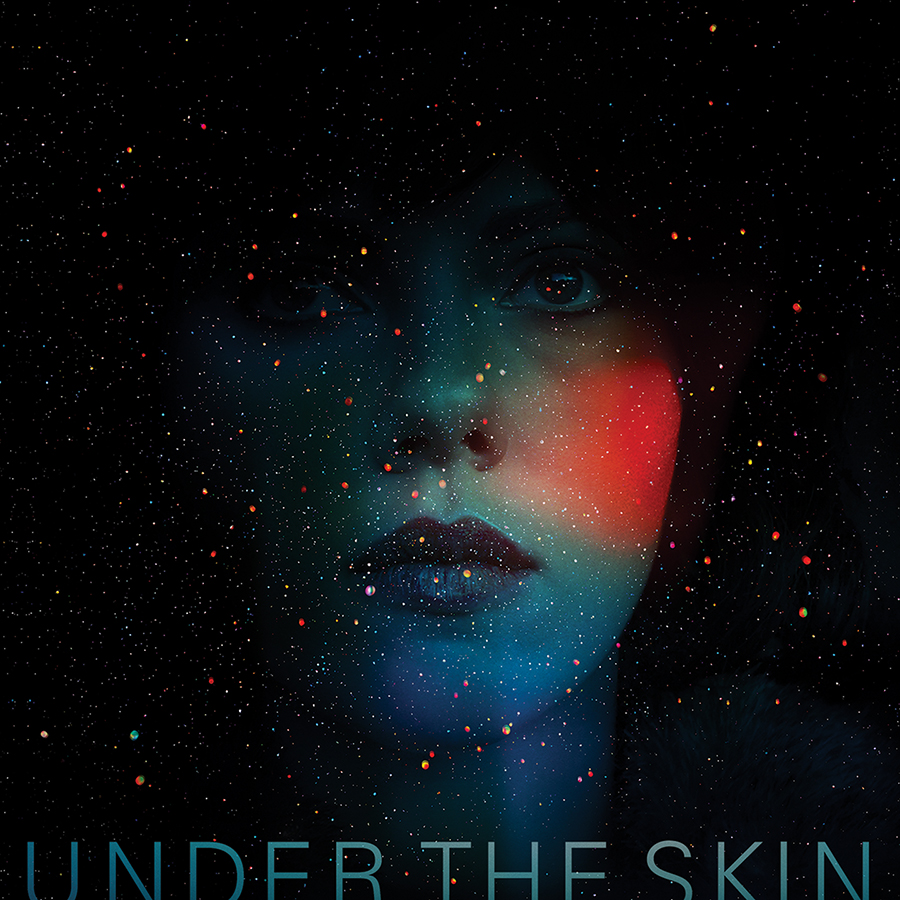 If you want a score that does get stuck in your head, Under the Skin is the one to listen to. Frantic strings create an immediate feeling of unease and give off an otherworldly vibe (which is certainly very apt or this film). It starts to feel like you’re in space and that something very large is either coming for you until finally the super-eerie and highly recognizable (if you’ve seen the movie) melody creeps in.

The more I listen to this score, the more I love the movie. The sounds are cold and creepy, and truly do get under your skin. I have actually gotten chills from them blasting through my earbuds at times.

Perhaps the most impressive thing about Micachu’s score for Under the Skin is that this was her first film score. 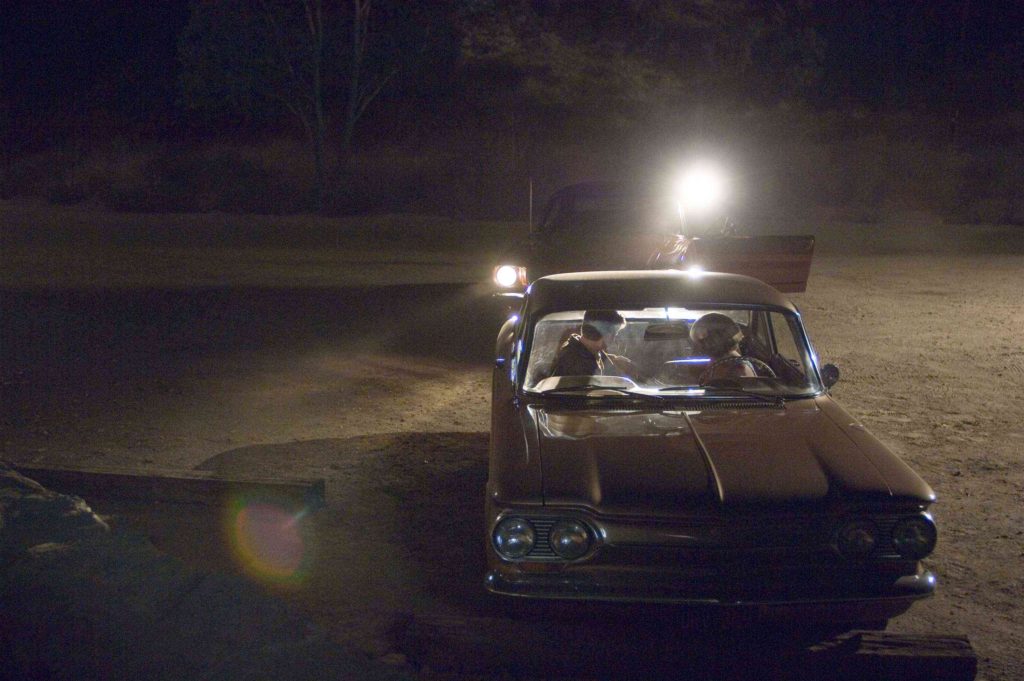 The score for David Fincher’s Zodiac (composed by David Shire) feels noirish, which fits the film’s tone wonderfully. At times, I can even picture certain parts in a giallo or other old, Italian gore film (though it’s possible that this is my imagination just running away with me while I listen).

If you listen to the album on Spotify, you’ll find (at the end) a nice discussion about what different elements of the score represent in the movie, which is interesting. I was personally happy to hear noir referenced and validating my initial feelings (especially since I’m not that well-versed in the film noir genre). 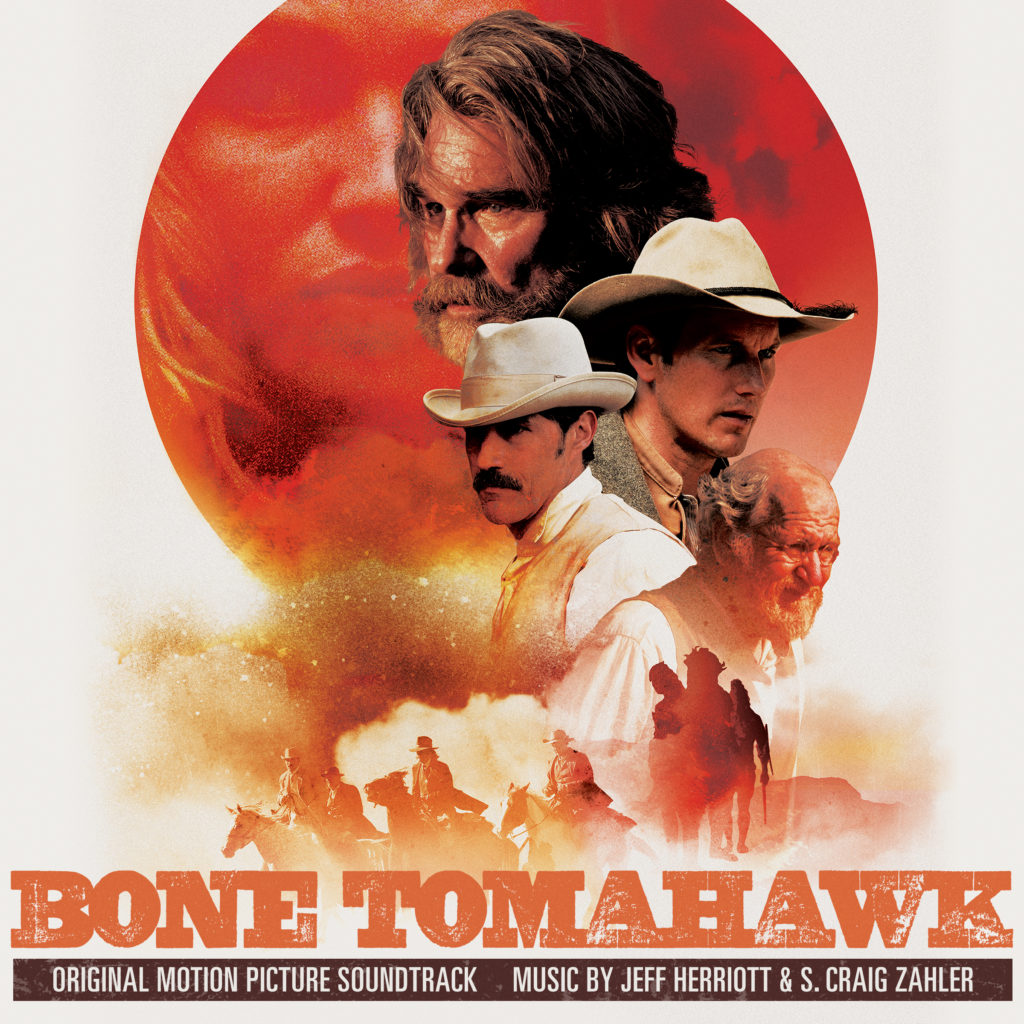 The music of Bone Tomahawk, which comes courtesy of Jeff Herriott and S. Craig Zahler, brings with it a sadness induced by weepy violins and a sophistication and class, which isn’t always afforded to our beloved genre. Of course one could argue that Bone Tomahawk is a western before it’s a horror movie, so that’s not entirely unexpected.

The score brings a great deal of classical sorrow, and is quite beautiful at times. Sometimes it’s completely operatic. It even bursts into vocals with a tale of “four doomed men” riding out. This actually comes off as a little comical the way it comes out of nowhere, but things certainly get back to ominous and sad. 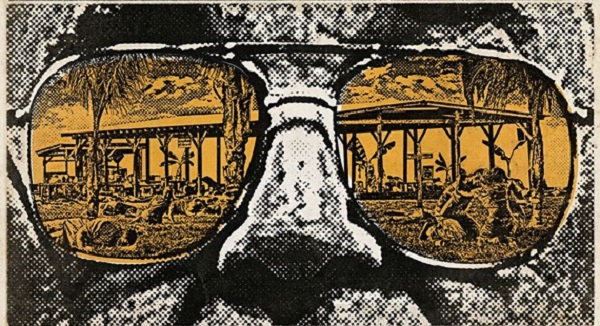 Listening to The Sacrament album (scored by Tyler Bates) is a lot like listening to the movie. While it’s unfortunately lacking The Knife’s “Heartbeats,” which appears in the movie, it has dialogue sprinkled throughout. This might be distracting for some scores, but I think it adds to the experience in this case – mainly because the scariest moments of The Sacrament come from Gene Jones’ performance.

There are some gospel songs in the mix, which add to the creepy factor, particularly if (like me), you find the general concept of this movie frightening. There is also some tribal-sounding percussion at times that sounds like it could be in a jungle cannibal movie. “Everybody Dies Friend” is a standout track thanks, again, to Gene Jones’ presence. 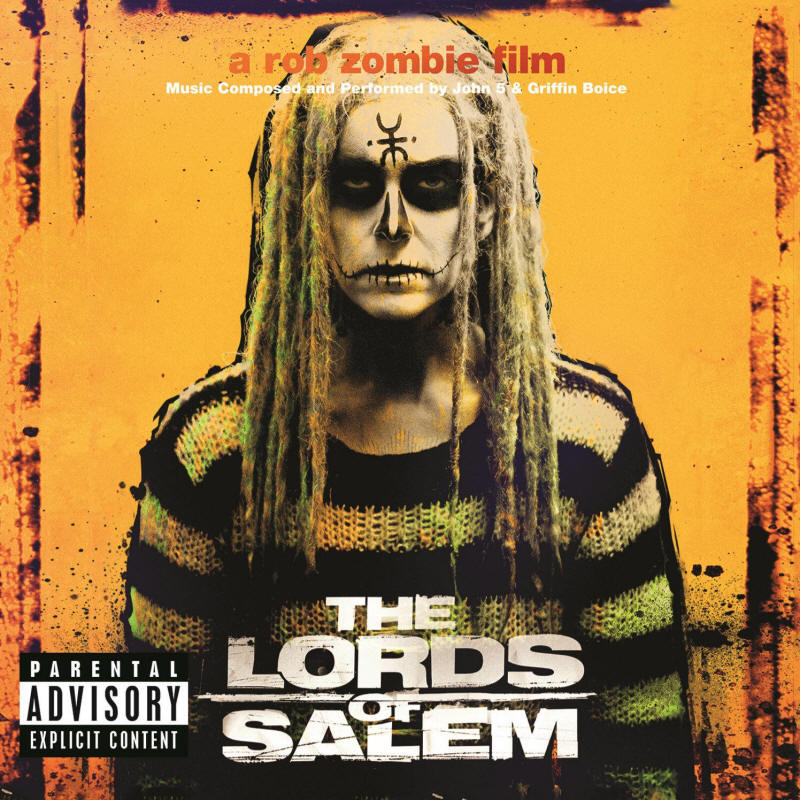 This album is part soundtrack and part score, and while I really like Rob Zombie’s use of a pair of The Velvet Underground songs in the movie, there is some great original score in here as well, thanks to John 5 and Griffin Boice. The “Lords Theme” (the actual music that works its magic in the movie’s plot) is perfectly effective for what it’s supposed to be, while “The Curse of Margaret Morgan” is dark and brooding, and sets the right tone early on.

Zombie’s movies are always full of 70s music, but the track “Three Sisters,” which closes the movie, feels as though it was actually pulled from a weird, Satanic (possibly European) horror movie from that decade. As an added bonus, the soundtrack includes “Crushing the Ritual,” which is the black metal song that appears in the film, and is actually performed in part by Zombie himself (in my opinion, the best thing he’s created musically in years). 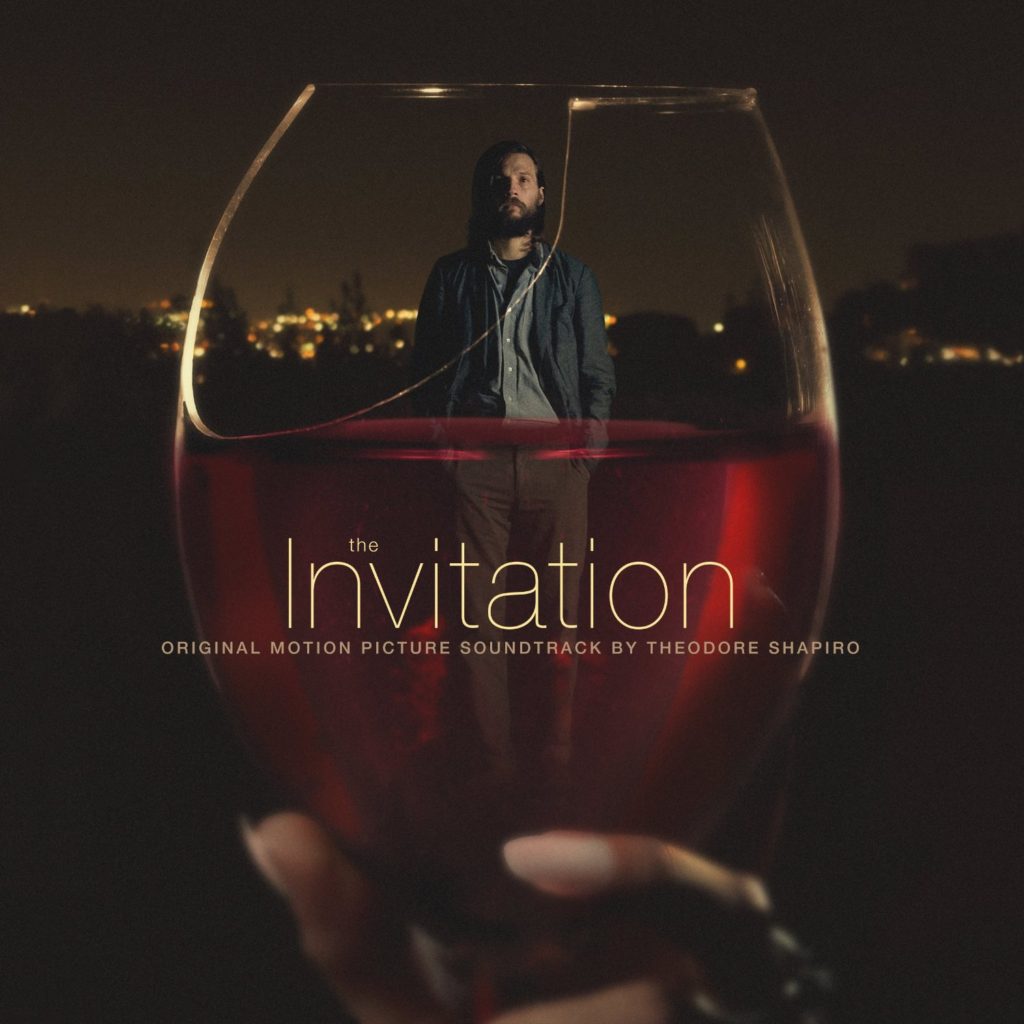 The Invitation opens with a song by Craig Werden and Benjamin Newgard and closes with one from the same duo. Everything in between is score from Theodore Shapiro. The score, at times, actually reminds me a little of something from The Godfather, only more ominous.

In general, the score does a great job of keeping the suspenseful and moody atmosphere of the movie itself (which just happens to be one of the year’s best, in case you haven’t seen it). 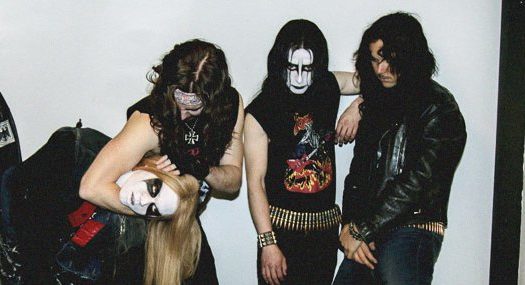 Black Metal Fans Say You Should Skip Lords Of Chaos, I Say They’re As... 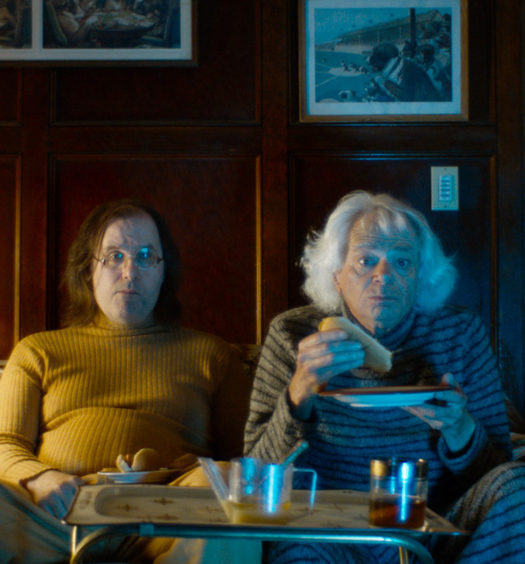