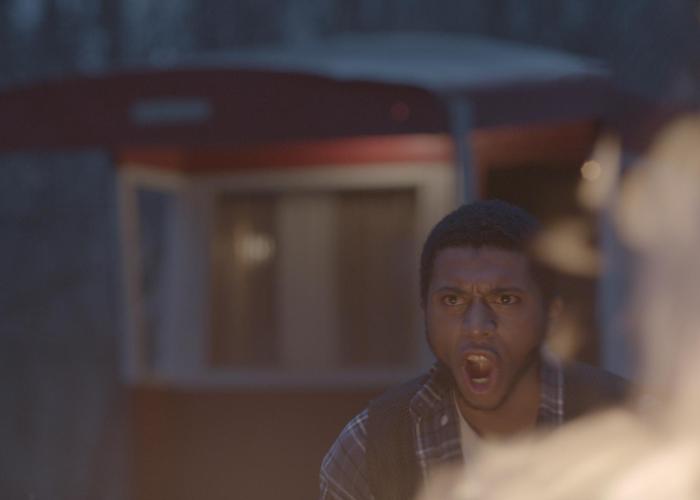 Writer/director Joel Potrykus’ latest follows Sean (Ty Hickson), a loner who has purposefully retracted from society and has isolated himself in a small trailer in the woods.  His sole companion is his cat, Kaspar.  He spends his days exploring alchemic pursuits, but his shift from chemistry to black magic has awakened something within the woods; something very angry about the disturbance.

Potrykus has created a brilliant character study, complete with tension and biting humor.

Known for creating intense character studies, Potrykus’ vision is guaranteed to be divisive.  The unique blend of arthouse and horror may leave those set firmly on either side of the fence confused, but for those willing to be challenged The Alchemist Cookbook has a lot to offer.  This is the type of filmmaker that urges you to draw your own conclusions, and refuses to provide any simple, clear-cut answers.  When we meet Sean, he’s already living off the grid and well into his alchemy experiments.  The kitchen space is covered in vials, liquids, cut open batteries, and a wide array of failed trials.  It feels as though we’ve been dropped into the middle of Sean’s story, and Sean’s purpose and past is slowly revealed over time through visual context clues and visits by Cortez (Amari Cheatom), someone related to Sean who occasionally brings supply replenishment.

Though Cheatom is the only other actor to share screen time with Hickson, he provides crucial insight to Sean’s past.  As the comic relief, Cheatom is also a scene stealer.  This is Sean’s story, though, and Hickson does a commendable job of carrying the film.  We want to know more about Sean, and that has every bit to do with Hickson’s performance as it does Potrykus’ antitype writing. Sean’s tenderness toward animals, particularly Kaspar, is heartwarming.  His affinity for junk food is endearing.  Yet his determination to find easy answers through alchemy and paranoid need for his prescription medication prove disconcerting. Hickson’s ability to take Sean through the paces keeps you engaged.

The unique blend of arthouse and horror may leave those set firmly on either side of the fence confused, but for those willing to be challenged The Alchemist Cookbook has a lot to offer.

While the narrative really delves into Sean’s pathos, the horror elements begin in very subtle fashion. There are visual moments that are so understated it’ll make you question if it really happened.  Of course your focus being on Sean’s latest bizarre ritual doesn’t help.  Audio is vital to building tension here.   Sound cues signal that something is very off here, and that Sean is on a collision path with darkness.  He just doesn’t know it yet. It all culminates to a climax that’s often chilling and sometimes humorous, but every bit as mysterious. While nothing at all like The Evil Dead, one can’t help but notice an influence.

Potrykus has created a brilliant character study, complete with tension and biting humor.  It’s enhanced by a likable lead playing against stereotype and expectations.  The horror slowly grows in intensity, though you’d be hard pressed to spot it early on. It also plays out in unexpected ways. Though Potrykus doesn’t spoon feed you the answers, he doesn’t make Sean’s journey difficult to follow, either.  It is a journey that drags in places, however. It’s a small film with a tiny cast, and the interesting blend of genres won’t be for everyone.  For those looking for something that will make you think, this is a must see.

Not for everyone, Potrykus’ blend of intense character study and subtle horror is guaranteed to be divisive.  Clever writing and characters playing against type makes for one unique and tension filled experience, though a little slow in parts. 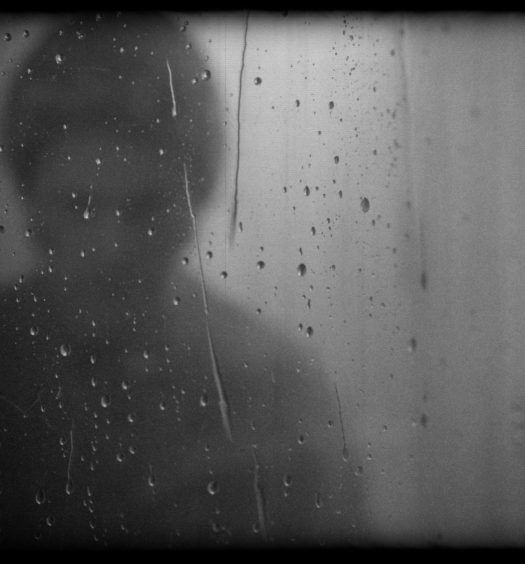